I felt it only appropriate to follow last week’s big-time baller designer spotlight with another, equally big-time baller: Diane Bergeron. Madame Bergeron has been featured in all the magazines and on the blogs, making this anything other than a revelatory post, unless, of course, you’ve been living under some un-adorned rock and have yet to hear of D.B., in which case you might just have your little mind blown.

Let’s begin by reviewing; Diane Bergeron 101, shall we say. This one is a no-brainer.  Grasscloth navy walls, that hanging lantern, stately drapes, perfect symmetry. Says classic all the way. Add in those white sofas and chevron-ish rug though, and you’ve got the D.B. effect: refined, while utterly relaxed. 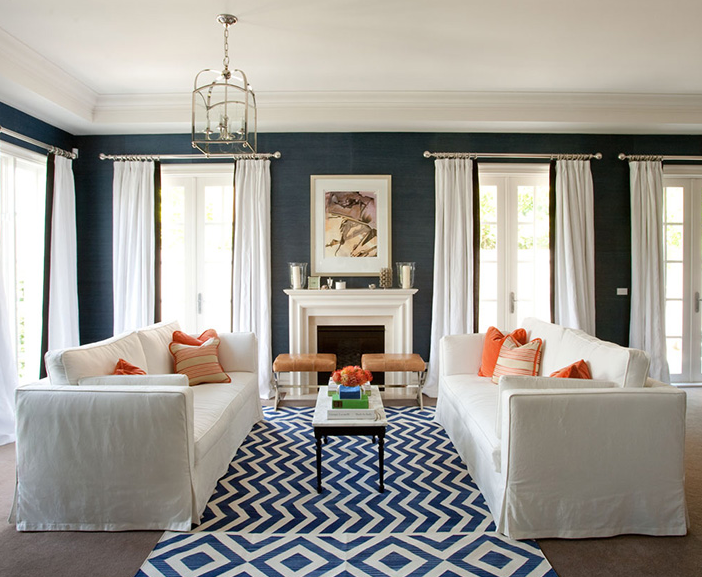 This is seen again in the magic that is happening below. Classic black and white stripes, meticulously haphazardly styled table, glorious built-ins. It’s nothing too perfect, you know? 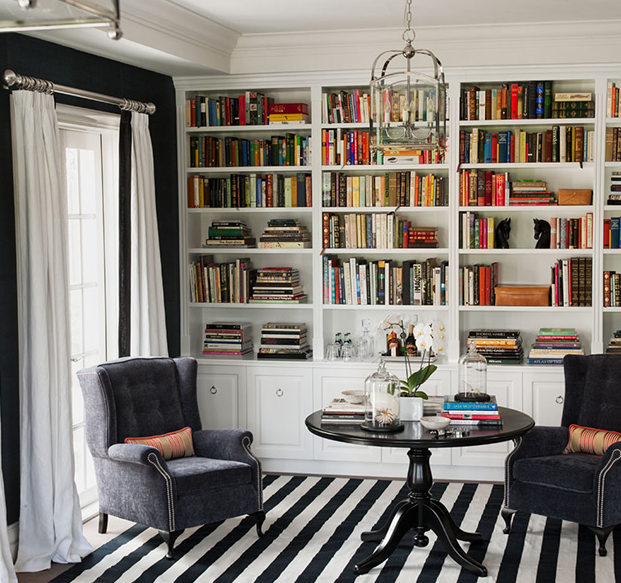 If you’ve seen one of D. Bergeron’s masterpieces floating around, it’ll have to have been this shot below. A peak into Diane’s own space, (I’m almost positive, and because who other than she would have the gall to take those built-ins floor to ceiling status?) a wall of bookcases so epic only the nation’s finest libraries might top it. But you know, just casually setting the table for dinner here, don’t mind me. 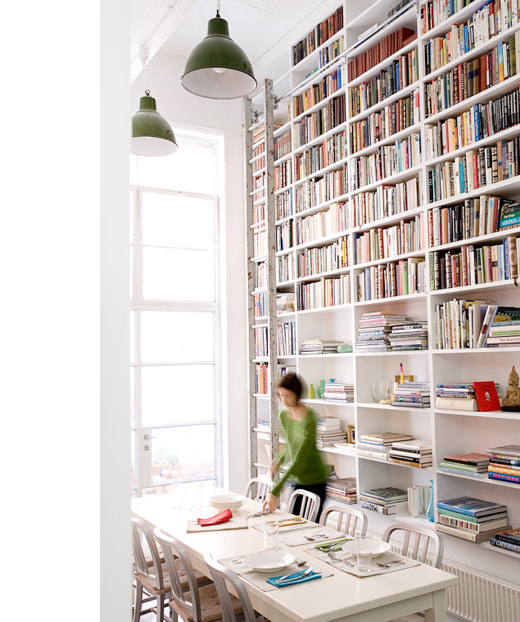 Diane is renowned for her use of fabrics. Evidently when she arrived on the Australia scene, the people were all, “whaaa?” And promptly thereafter: “I gotta get me some of that.” 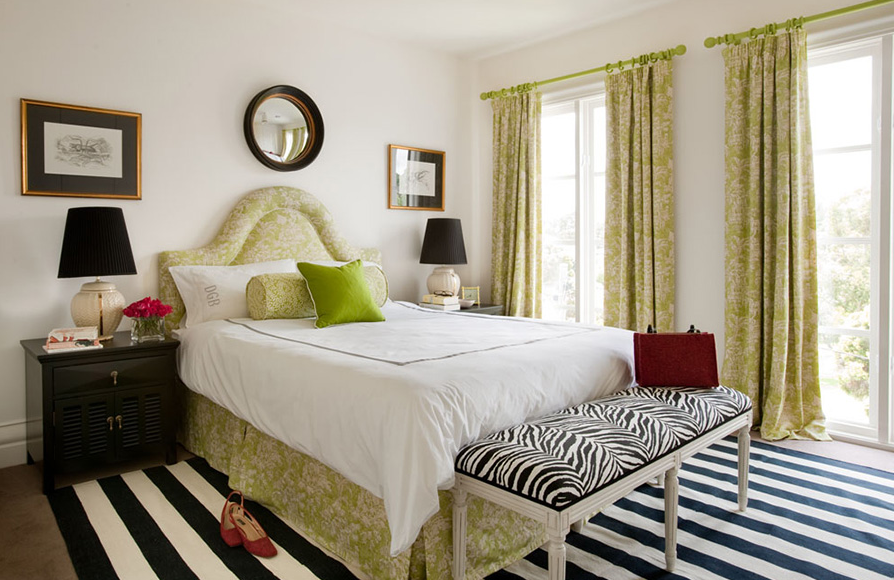 Check out this sweet room for a little one. That nightstand may just be the coolest one I’ve ever seen. Is it wrong to be envious of a five year old? 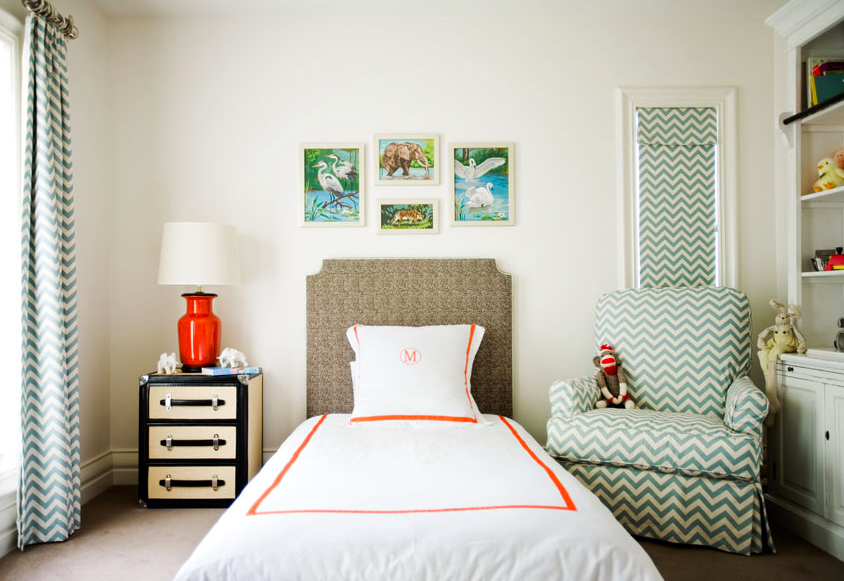 This next bedroom hints at the glamour end of things. I can’t quite manage the drama and loveliness of that entire silk-ed wall. 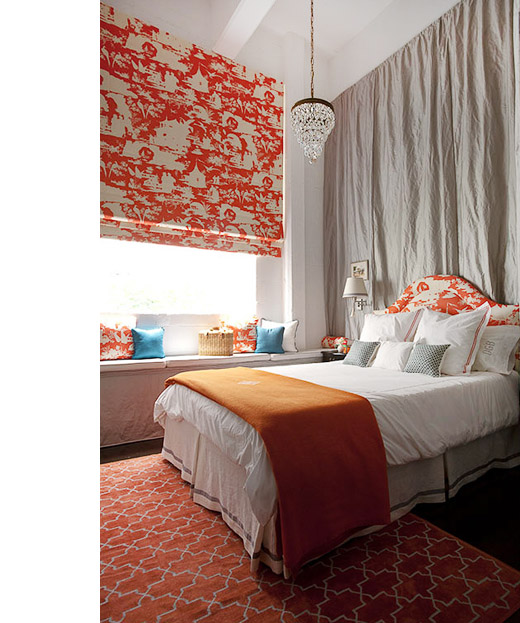 Next up, a couple of vignettes: 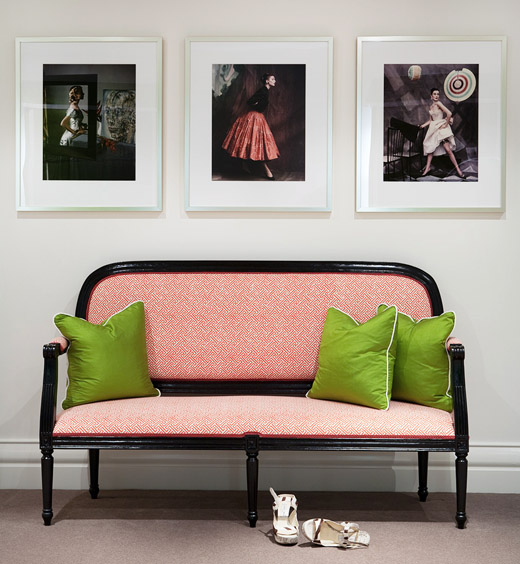 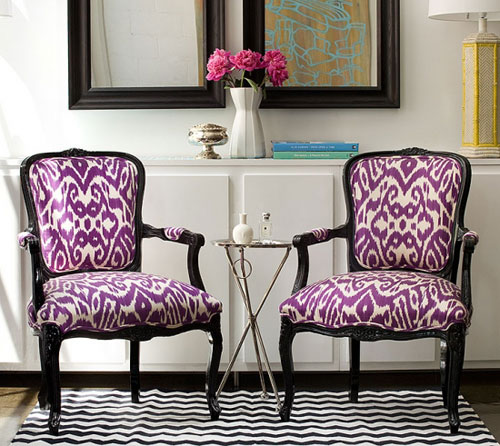 And here may be the crowned jewel in the Diane Bergeron portfolio– or, at least, the most recent addition. This beach house she designed for some luckiest family ever. It’s like modern pulled up at the shore and they were instantly swept up into the most passionate affair, replete with romance, chocolates, and white subway tile, naturally.

Get a load of this living room. 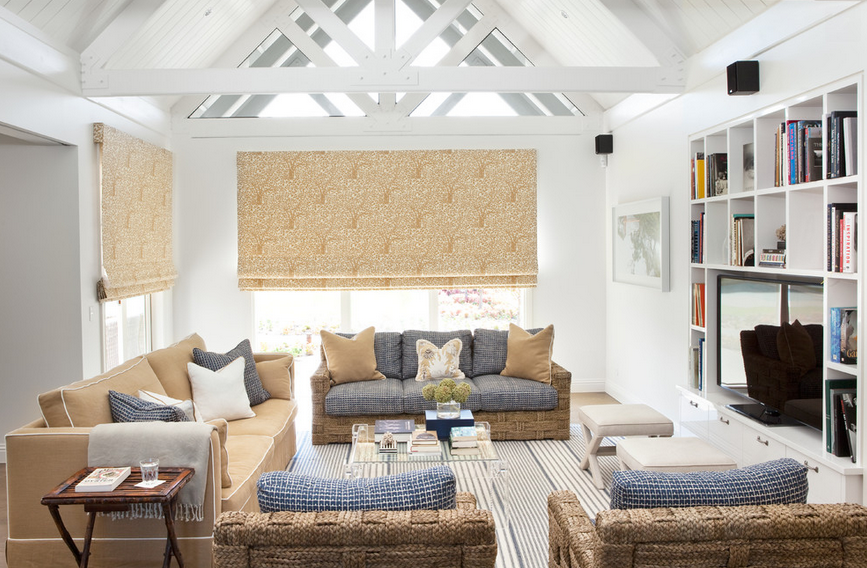 Did you choke on your latte? I don’t blame you.

The kitchen is just as good: 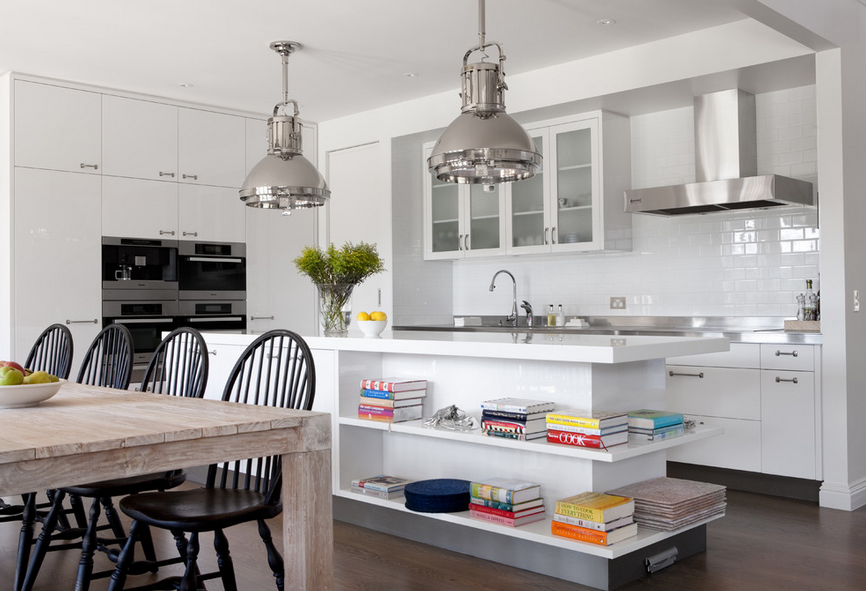 As is the gameroom: 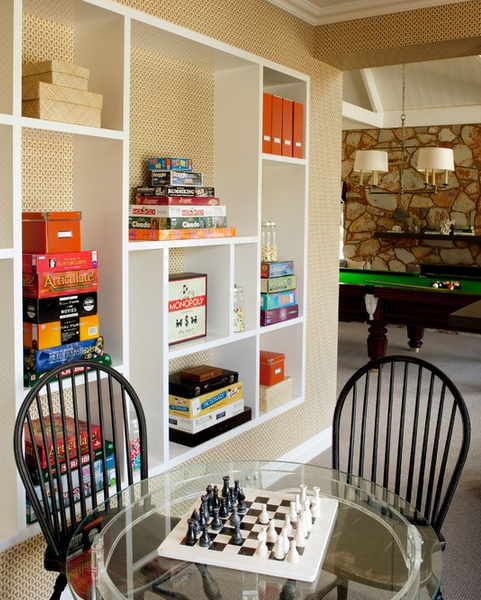 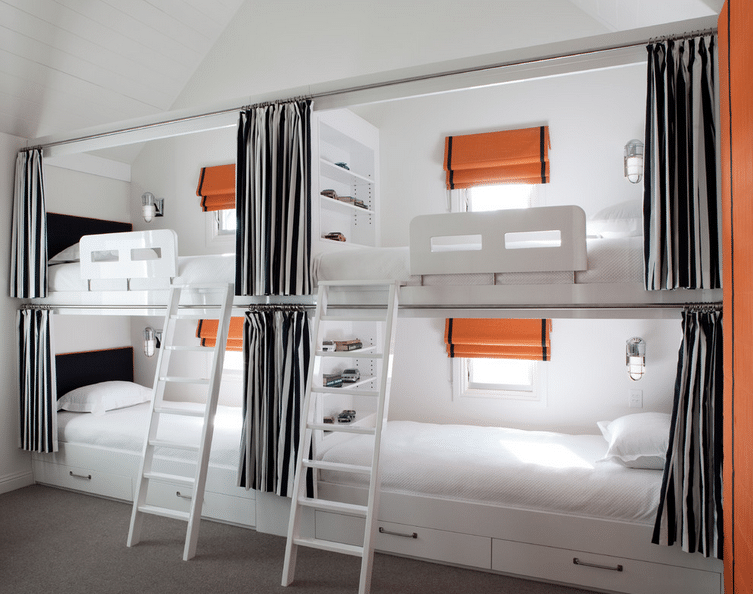 If a Hermès box could, like some Harry Potter magical tent/ Mary Poppins bag thing open up to reveal an entire room of camp-style bunk-beds, each one complete with built-in bookshelves, personal black and white striped curtains and windows, under-bed storage drawers, crisp white linens, and two ladders for easy access, it would be this very room.