I won’t dare employ the verb “introduce” in reference to today’s designer spotlight, as those who know interior design know Windsor Smith. But, you know, sometimes it’s about enjoying the scenery and not necessarily blazing new trails.

Windsor Smith (but how cool is that name, right?) has been featured in all the shelter publications and all the blogs. And why not? Her work is pie-in-the-sky elegance combined with real world sensibilities (so, maybe like… Supergas on the pavement?). It’s oh-so glamorous and sophisticated and simultaneously entirely livable. 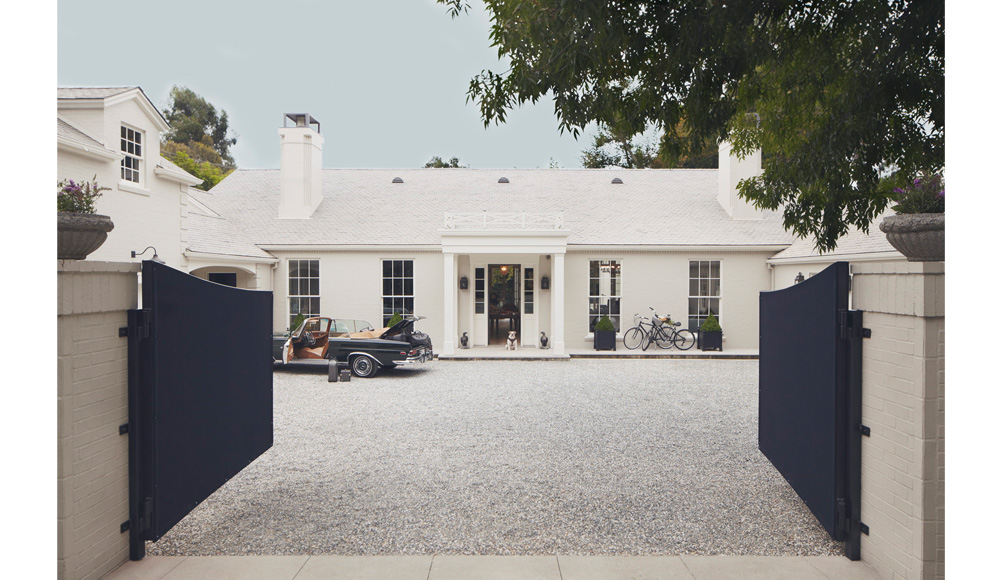 I feel as though this (what would we call that? A courtyard? An enclosure? It couldn’t be that pedestrian “driveway”) belongs as the opening shot of a Nancy Meyers movie. A Nancy Meyers movie that exists in real life and ain’t no set and that means you or I could actually move in and by you or I, I mean me.

This follows into the loveliest dining area, so flooded with sunlight you may well mistake it for the pearly gates. 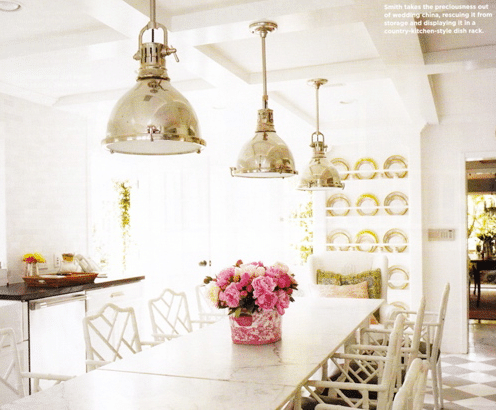 While Windsor doles out a healthy dose of French cottage above, she is equally happy to serve up a plate of urban sophisticate (I have no idea what that’s meant to mean, I just made it up, but it sounded right, huh?) below. 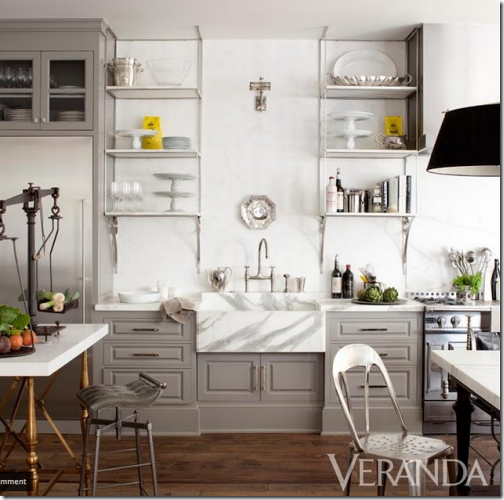 But get a load of what’s happening down yonder: 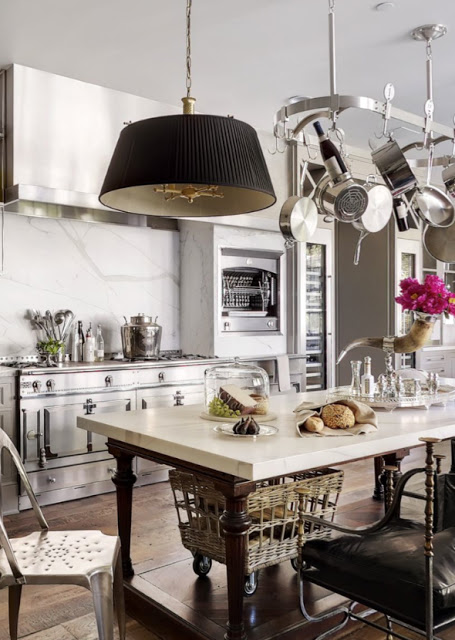 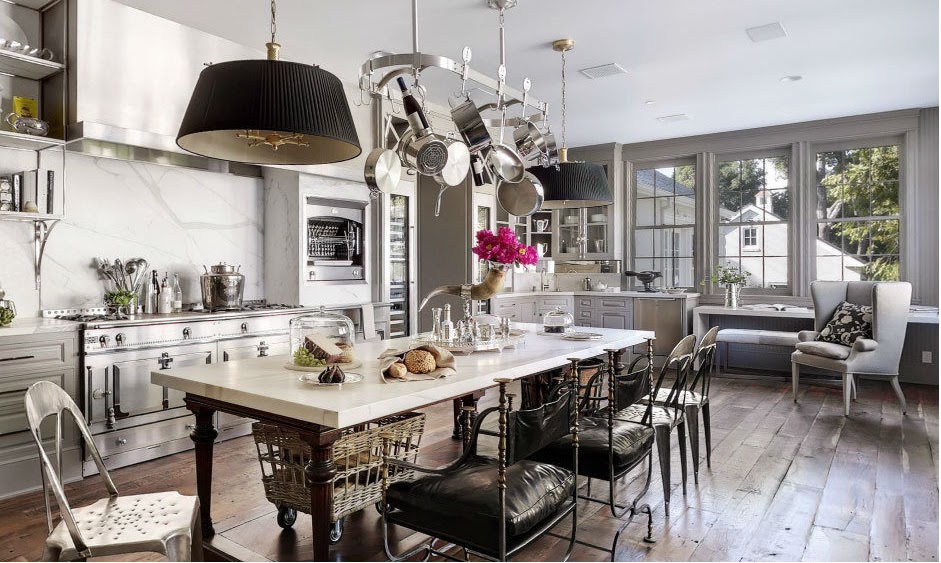 Windsor seems to possess this proclivity for navy, which I fully appreciate. 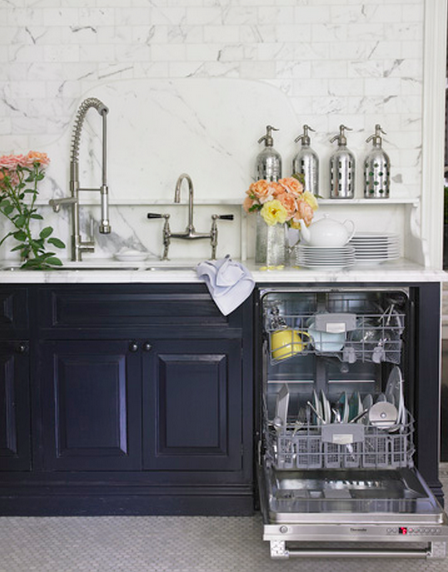 The balance of elements in this next space is rawther genius. It’s like if she had followed each thread just one step farther, it would have lead the whole thing in some horribly tacky direction. But this is Windsor, so, hello? 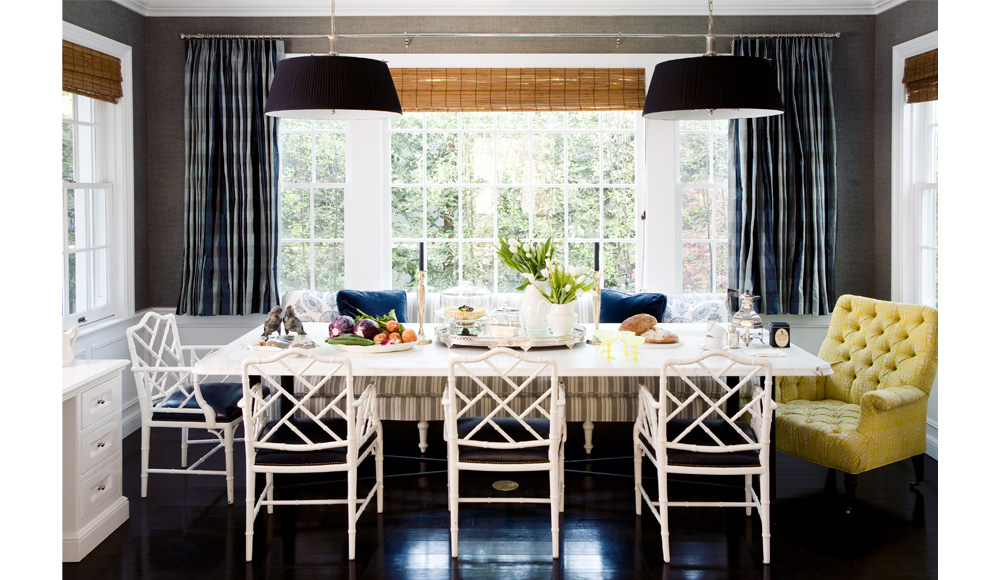 The dark hues continue to dominate in such areas as powder room (the drama!) and den/ game room (the classiest place a pool table has ever had the good fortune of finding itself, if you ask me). 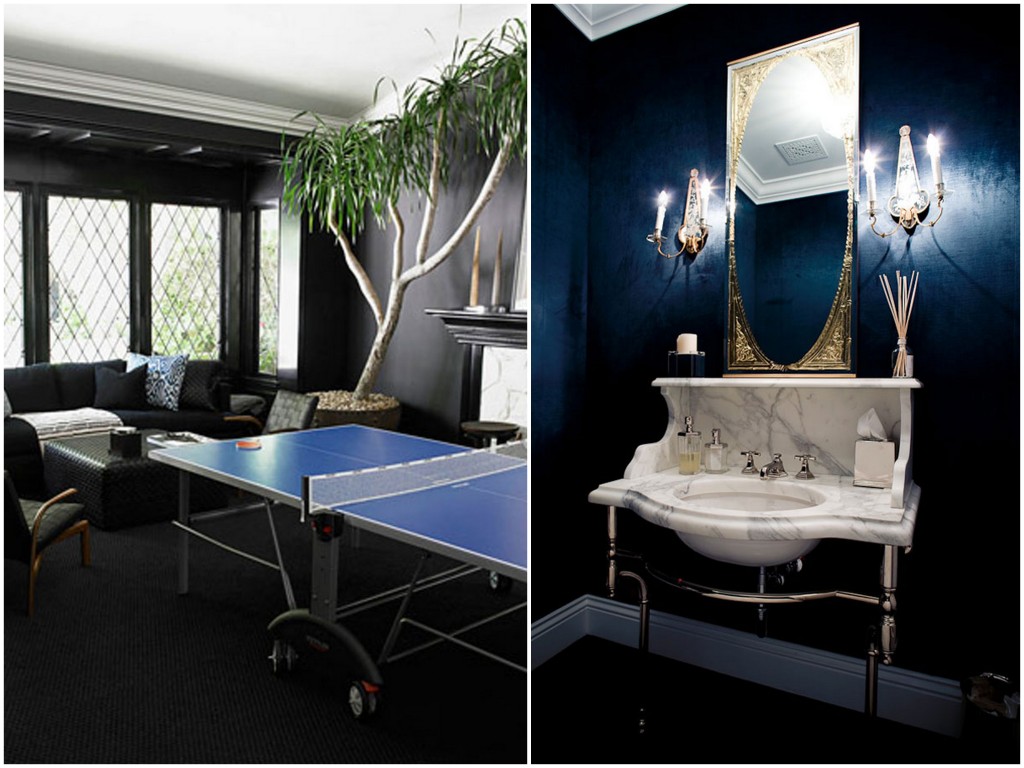 Following, Windsor wows with a mastery of details. Those navy curtains are dee-vine. Let’s you and me just pretend for even a second we own anything as Grace Kelly as those drapes. 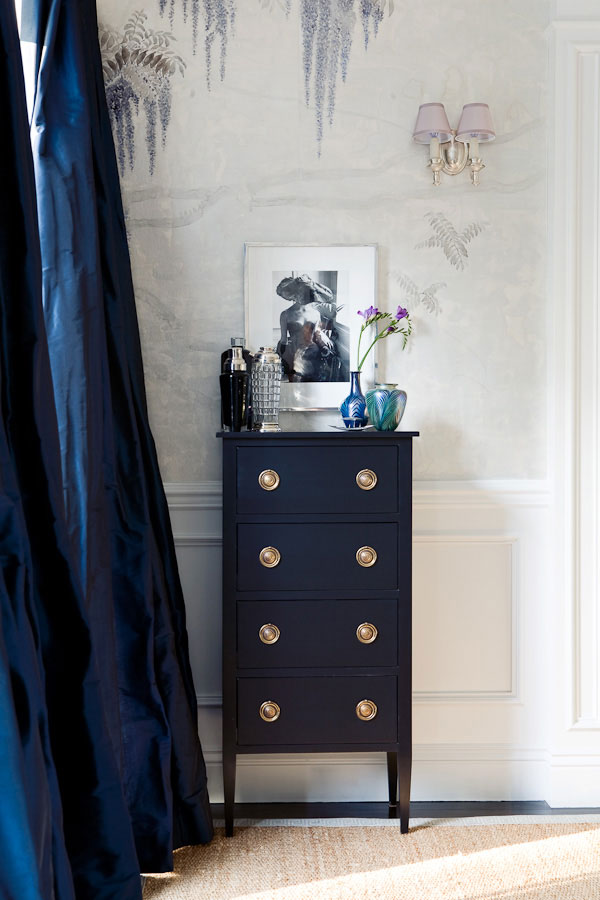 And now we reach my favorite portion of the tour, the dressing room. 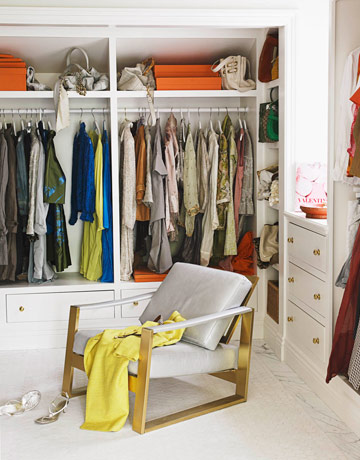 (I mean just between us that closet could actually be Living a bit more Simply, but it’s certainly un-cluttered, and, you know, it’s still Windsor so, forgiven).

And, finally, a shot of where the magic all happens: Lady Smith’s own design studio. Oh, Windsor. Kisses. 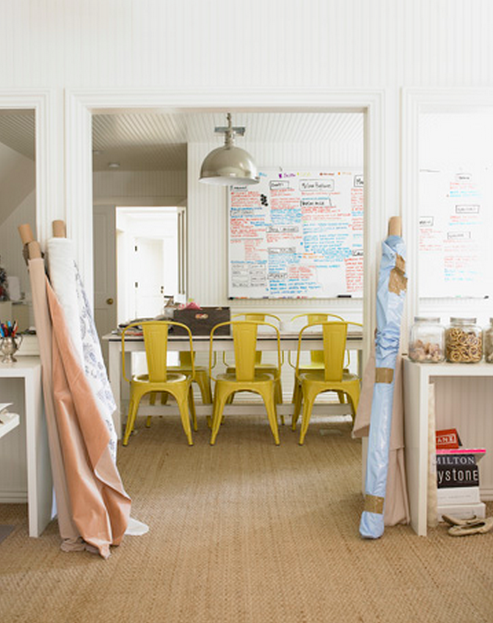 In closing, there truly is something to be said for applying your makeup with the lights on. Whoever told you otherwise was lying.