Monday’s Meditation: On Why Not Being Ready Shouldn’t Stop You 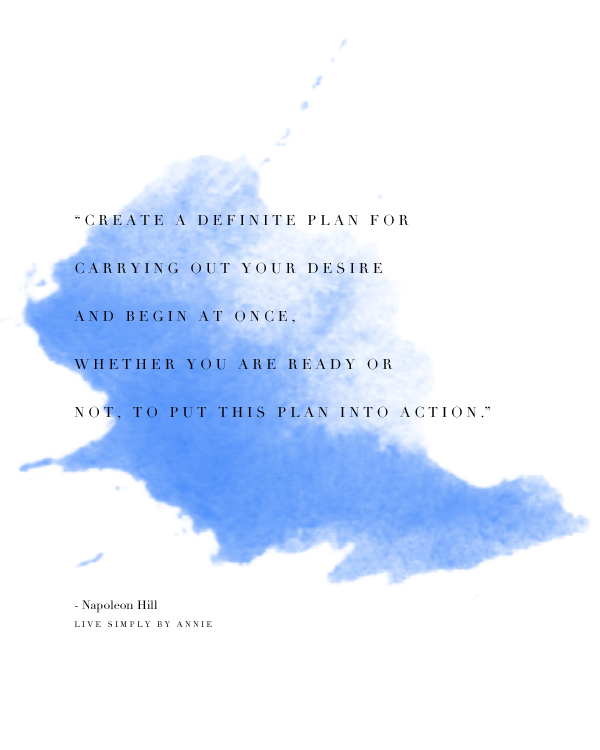 “I know I’m never going to be ready,” she said in a way that suggested she and everybody else had been reminding her of that fact as of late.

“But still,” she trailed off.

She didn’t need to finish. What would have come next is what we all inherently know: life is scary. Change is daunting. And don’t we wish it could be less so. Only it never is. Or, always is, as the case may be.

For as long as I can remember, I’ve emphasized that it takes true readiness in order for a person to begin to Live Simply. My clients are ready for change when they hire me, I’ve believed. But, then, has any one of them really ever been?

Sure, they are ready in that they hire me, block off the time, and show up to the session. But I can recall few of them who haven’t groaned and visibly shown signs of overwhelm at the sight of what we’re about to tackle during our first session. For the most part, even though they’ve hired me and blocked off the time and shown up, they still can’t hardly believe they’re actually going to dig in to what they’ve been dreading for who knows how long.

I’ll bet no one has actually ever been fully ready for anything they’ve undertaken. Being “ready” suggests that all of one’s fears and anxieties have been alleviated. That all of the potential conflicts and sacrifices have been properly accommodated. That the way has been made perfectly clear and then swept after that.

That’s not how life works, or how we do.

In reality, we’re all scared shitless most of the time, painfully aware that we’re making things up as we go, and terrified everyone is aware of that fact. And this in and of itself isn’t a bad thing; our fear is the voice that tells us we’re living a creative life, and that we’re daring to try something worthwhile, something unknown, something outside the realm of our own cushy comfort zones.

Important, character-expanding endeavors–whether they’re having children, starting a business, quitting a job, applying for a job, having a sincere and direct conversation with another person–are nerve-wracking. They are designed that way, and perhaps the biggest mistake we might make is to believe there will come a time when this will cease to be true.

If we wait for the moment of readiness to arrive, a time in which all our fears are abated, we will die before we begin.

We must aim to be ready enough to seriously commit the resources and energy necessary for a goal’s accomplishment. We can be ready enough by doing what we can to logically prepare for what a situation requires of us. We can study up, hire a nanny, work with a mentor, practice our pitch, create our system, and book our flights. Preparation is the best antidote to doubt and fear, and is the vehicle that drives readiness. But even then, we likely won’t feel ready. We won’t be rid of any and all nerves, uncertainties, or fears. Instead, we hope to be ready enough to shrug our shoulders, resign ourselves to the universe, and utter, collectively, “what the hell, it’s worth a try.”

Ready enough is enough to get you started. And that’s all that matters, anyhow.