This week I’ve shared the backstory on a recent client project and outlined a few of the systems implemented within (belts, shoes and hats). I’ve either drawn it out so much that you’ve entirely lost interest, or that you’re practically falling off your chairs with intrigue. And now, I present: the real down and dirty before and afters.

Here’s where this closet started: 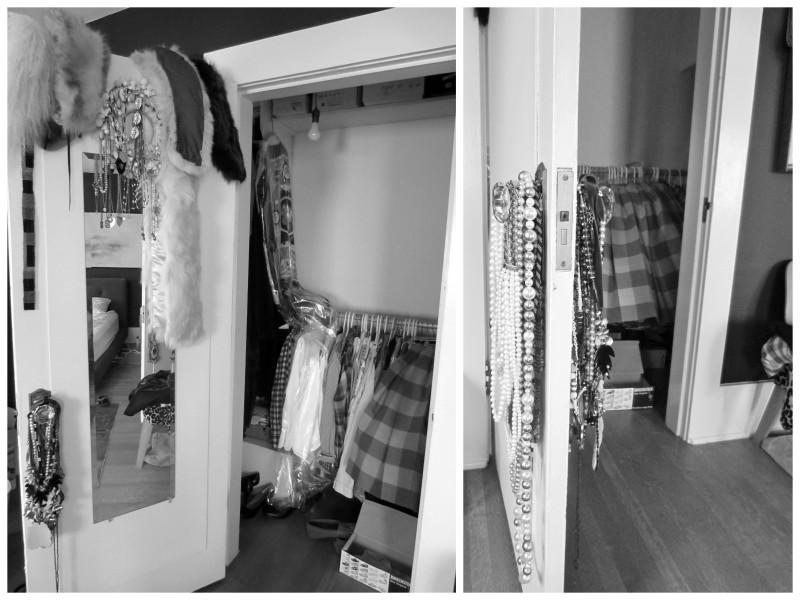 It was a classic case of limited space-real-old-house-I-give-up. A whole chunk of prime wall space had been sitting vacant, an entire hanging section had been given over to around three belts, and shoes were disguised in cardboard boxes. Perhaps most importantly, the added attempts to make more use of the space were having the opposite affect: they made you feel as though the closet was closing in on you, rather than inviting you in.

I got busy making a big old mess: 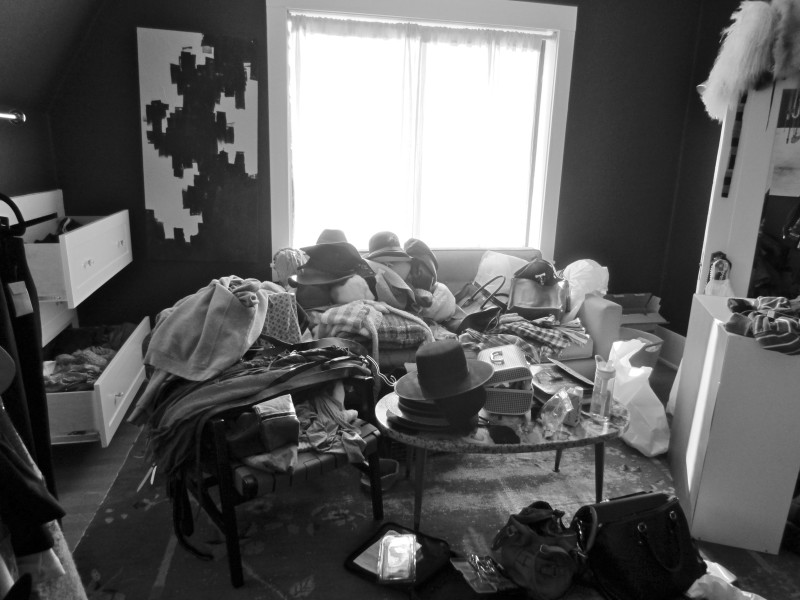 I love sharing these in-between photos. People are all “GAHHH!” But in order to Live Simply, you’ve gotta clear out the clutter, see what you’re working with, and uncover what matters. 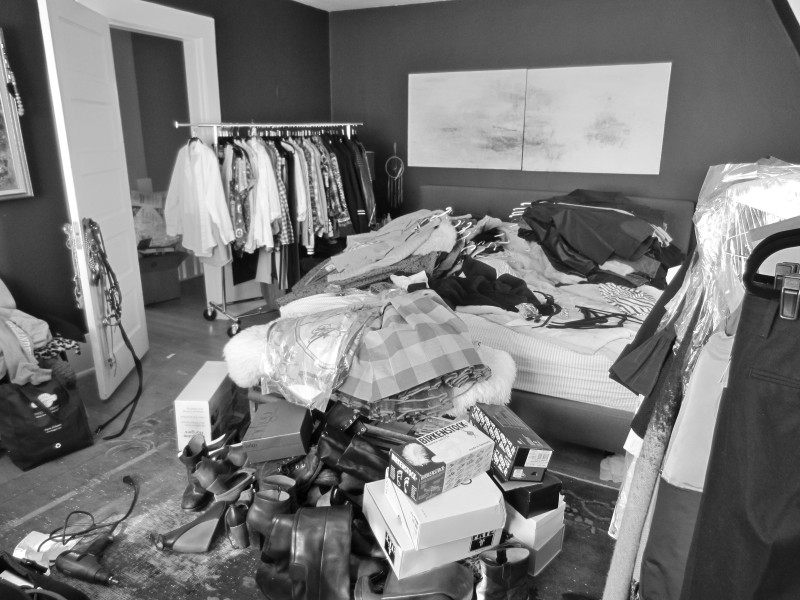 Hanging that second rod was one of the last things I did on my first day. I almost didn’t–drilling holes always feels like a serious commitment, and my client wasn’t around to give me the official go-ahead–but then I took one last look and thought, “No way can I leave her like this.” So out came the drill and up went the rod. 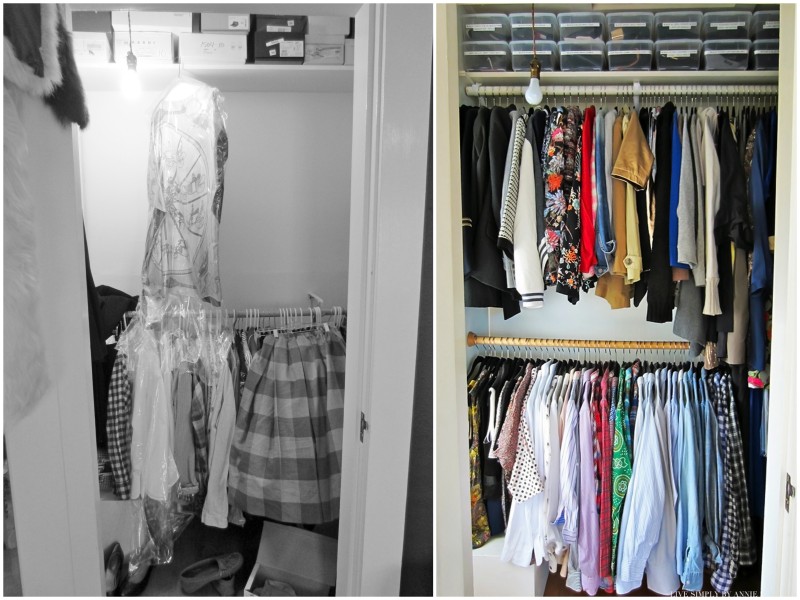 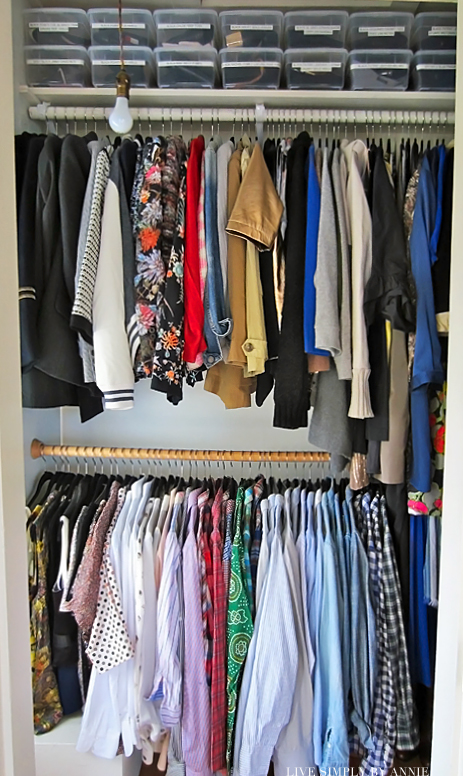 Shoes are still top-shelf-ers, but they’re vastly more accessible now than they were previously. Each one is clearly labeled (a painstaking task my client’s husband could barely conceive of me undertaking), which makes it easy for her to identify the pair she wants, step up on her handy stool and bring the box down.

It was abundantly clear to me that there could be absolutely no obstructing the space between the wall and the hanging racks; that had clearly led to problems before, as my client then couldn’t really get to or see anything that was happening. So my challenge was to utilize the closet to its maximum capacity, while purposefully neglecting to make use of certain space. 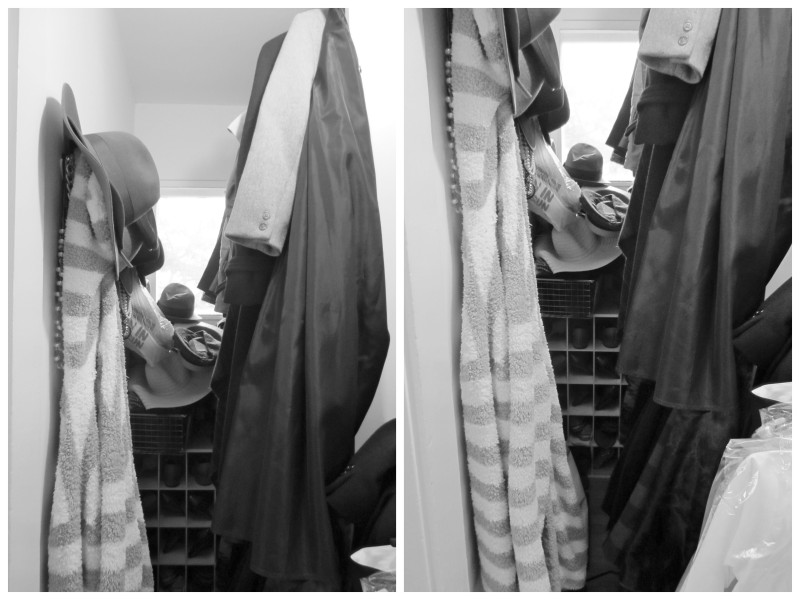 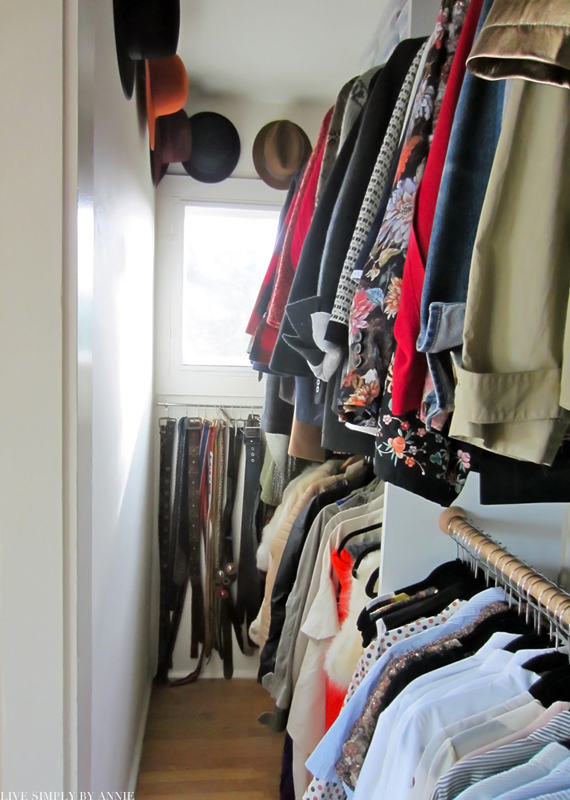 The belt hanger replaced the too-deep shoe cubby in the back/side end. This kept the whole floor area open (allowing my client to access the entire span of hanging rod) while also not letting a perfectly good wall space go to waste.

Recognizing that having hooks hung mid-way up the wall was a trap, I opted to remove those entirely. Instead, I hung more hooks higher up, creating the perfect spot for hats. 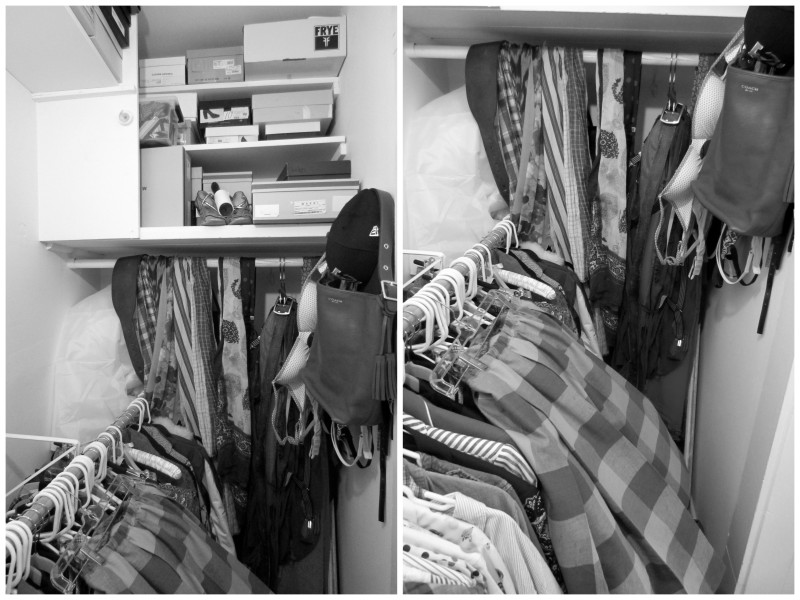 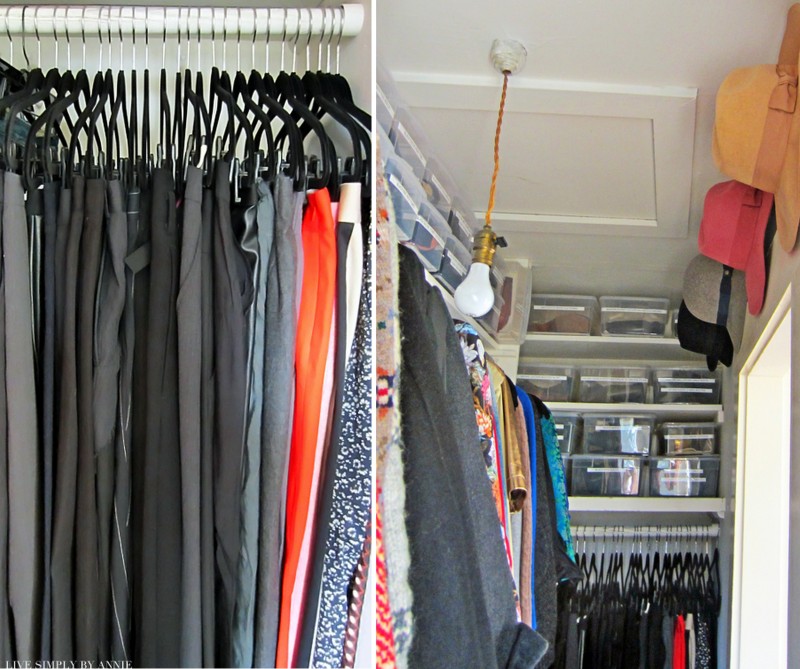 Having moved the belts and 2 hooks from the other side of the closet, I was then able to actually utilize the hanging rod for hanging things. 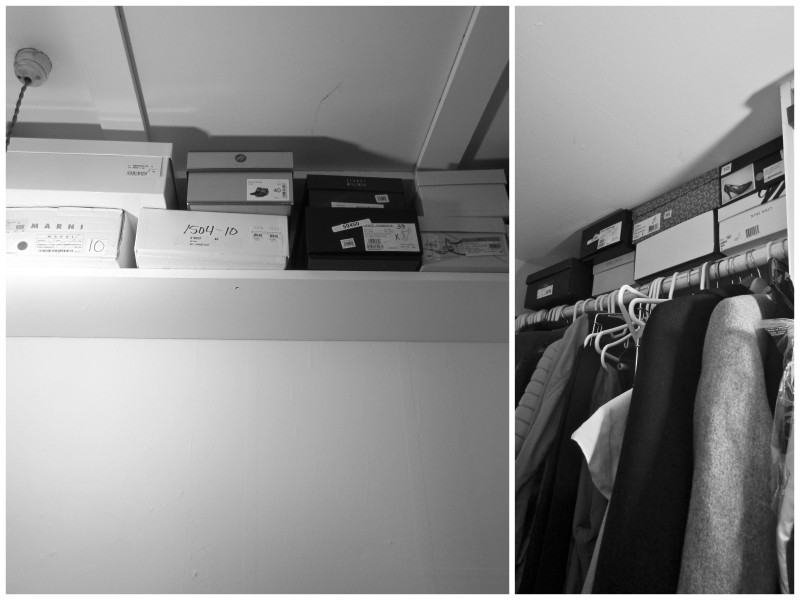 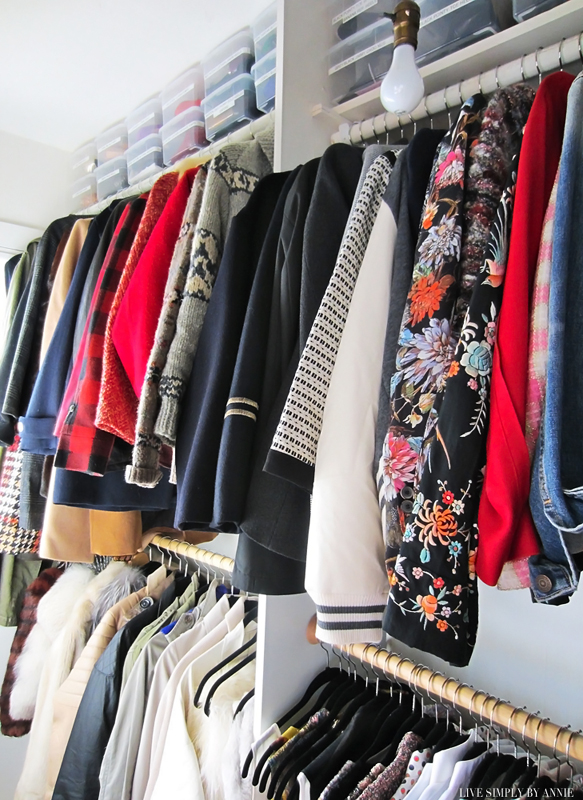 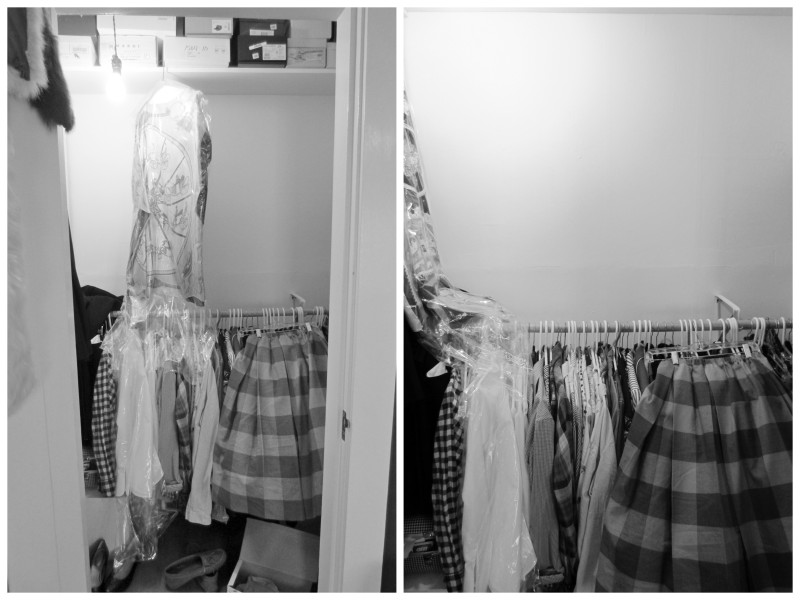 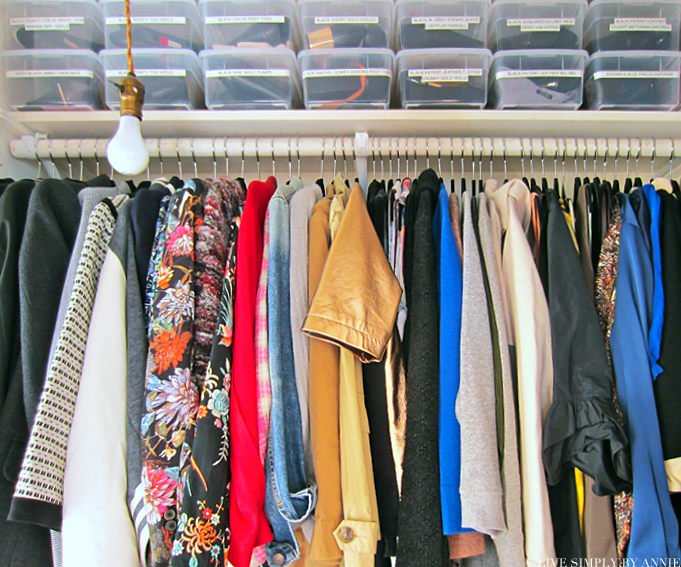 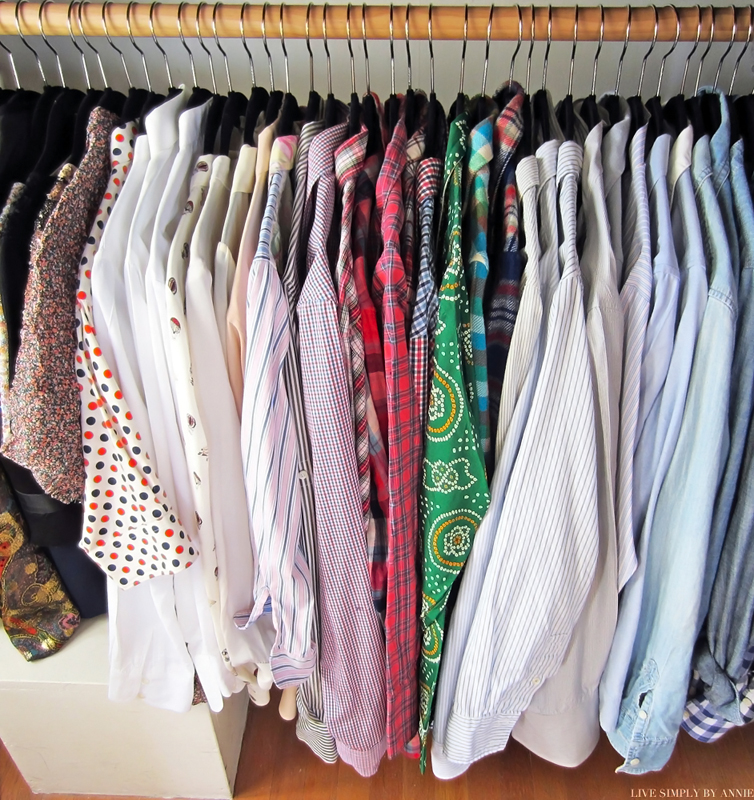 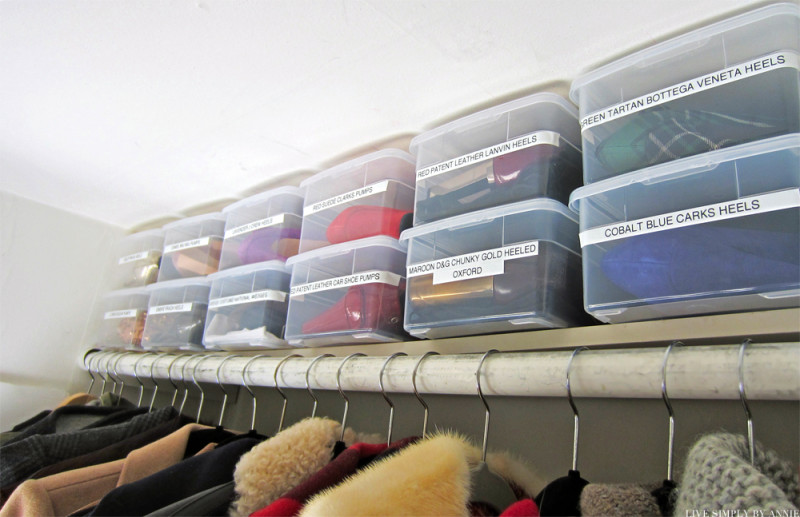 Here are all the products (at least the ones that now occur to me) that I used, because I know some of you will ask. 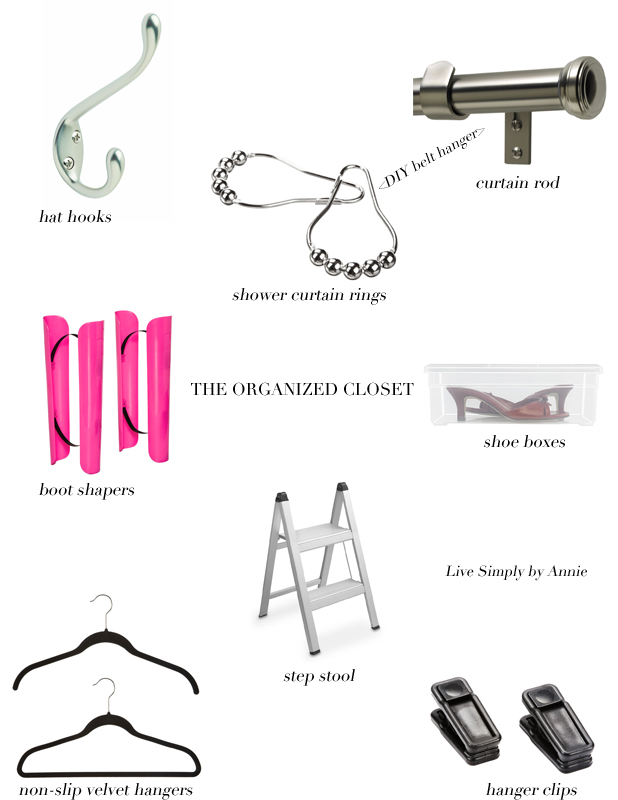 Thank you so much for following along with this closet transformation this week. (The best part, though, is really yet to come. See all those necklaces hung over every doorknob in the before photos above? Well, you just wait, because my solution for that issue coming at you next week…) It always feels a little more thrilling/scary in a good way to share my own work, but also more honest too. Like, I really do this stuff in real life, guys! Let me know if you’ve enjoyed it, and I’ll try to make sure more client projects get incorporated.

Have a first rate weekend. Send a love letter, take some vitamins, and clean out your sock drawer. You’ll be amazed at what you find.