In the case of the Madrona Master Closet the verdict was clear: my client needed a system for her belts. Previously they had all been crowded onto two large hooks. The result was a muddle of vertical objects that necessarily inspired a small avalanche of strings whenever one attempted to extract just one band, no es Live Simply-o.

I decided that the best way to keep the belts organized, and allow for maximum flexibility in terms of varying belt sizes and buckles, would be to DIM (that’s do it myself). So off I traipsed to the Home Depot, where I picked up a curtain rod and some shower curtain rings. 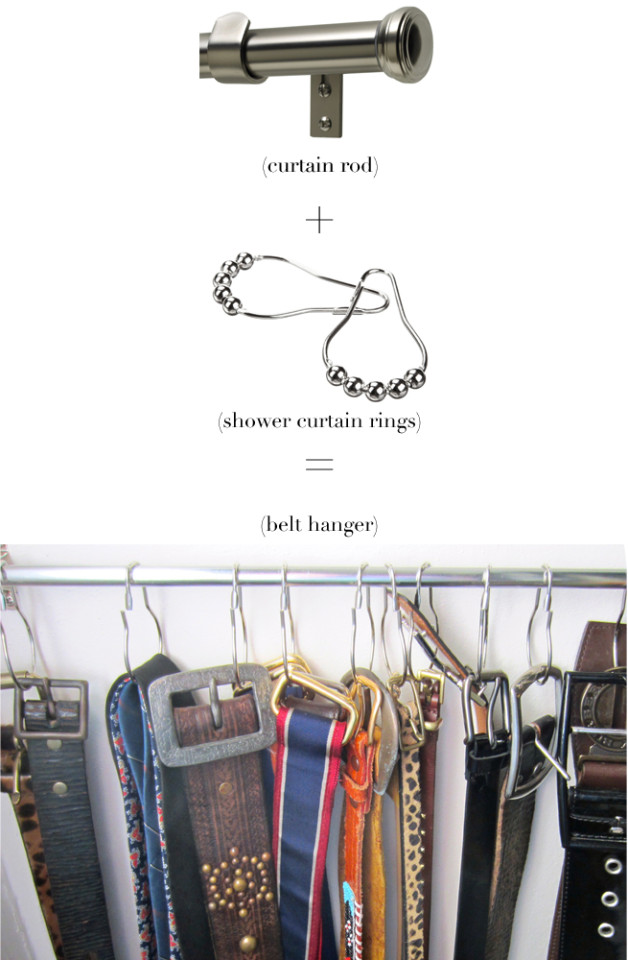 The result is a system that’s easy and that caters to belts both large and small. 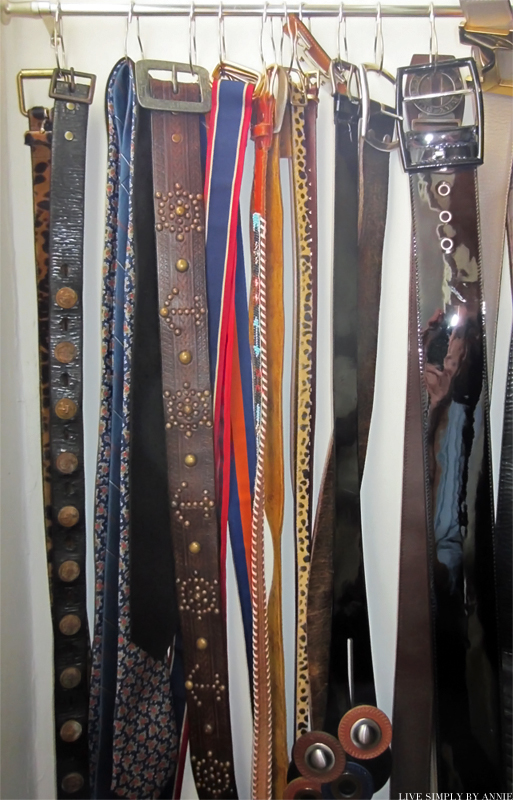 Being that the curtain rod doesn’t protrude very much at all from the wall, the system feels wholly unobtrusive. Belts (you) do better at retaining orderliness when they’re hung individually (or no more than 2-3 per hook). Slinging the rings onto a rod means that you have only to drill two holes in the wall, rather than twenty, while still gaining the lot of loops. 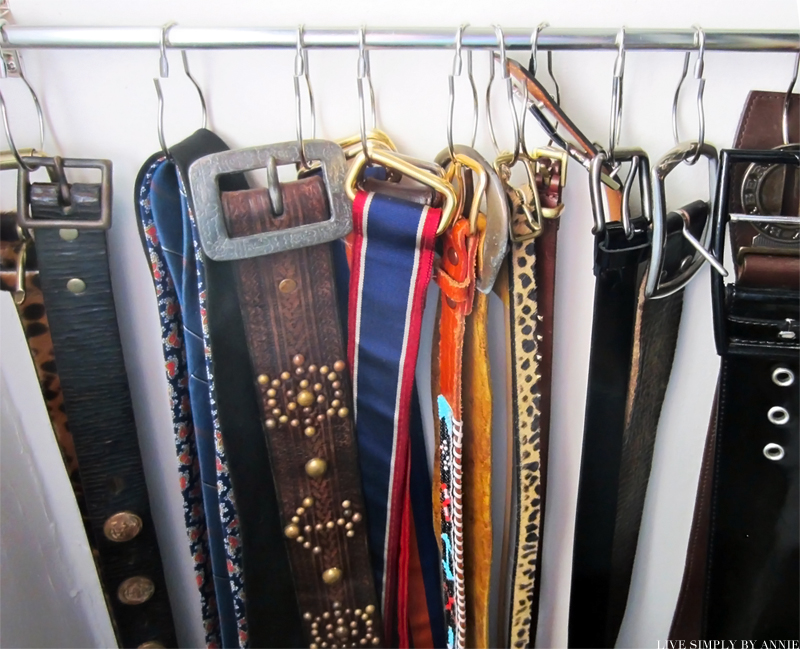