Spotlight on Poplin And Queen Interiors

Strap on your suspenders and unwrap your lollipops cause it’s Friday people. Ringing in the weekend with us is Poplin & Queen Interiors.

Poplin & Queen is the babychild of Lindsey Cheek like a cheek, and Shannon Darrough, like a name. The two bitties have been getting busy all over Wilmington, North Carolina, carefully honing, in the process, a distinctive approach to design. Irrefutably steeped in traditionalism, P & Q’s work can’t help but to reflect its creators, and is thus miles from yawntown, clunkerville, or darkoppressivewoodburg. (What? They’re real places. But definitely don’t look it up, cause they’re not.) Seemingly like the designers, themselves, their spaces are fresh, airy, treated with a subtle dusting of southern glam, and given just the right injections of color.

To begin, a breakfast room: 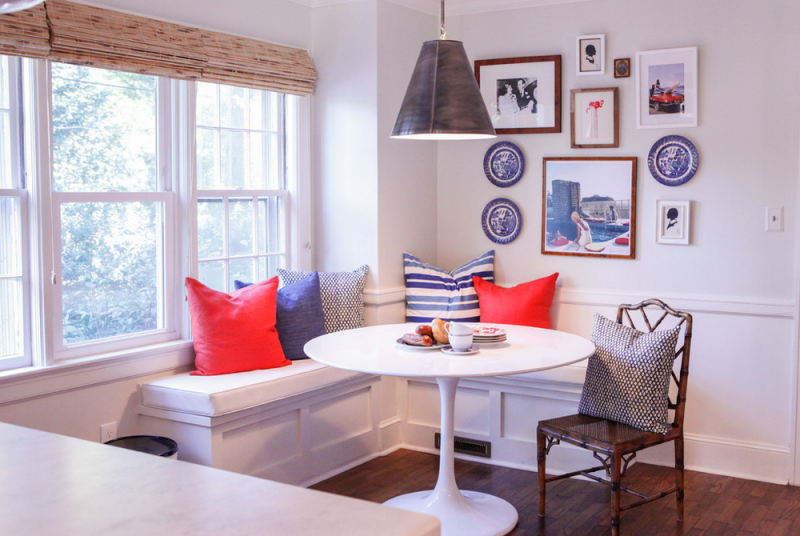 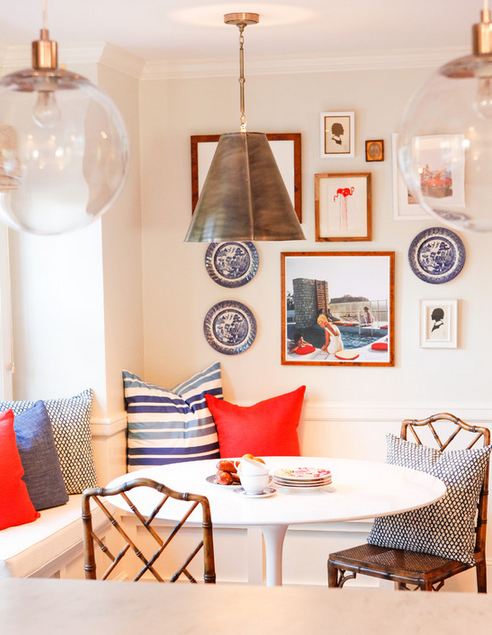 Blue and white stripes, sweet round table, modest gallery wall assemblage, and let’s not overlook those light fixtures. I would drink all the caffeine and eat all the oatmeal in a room like that. 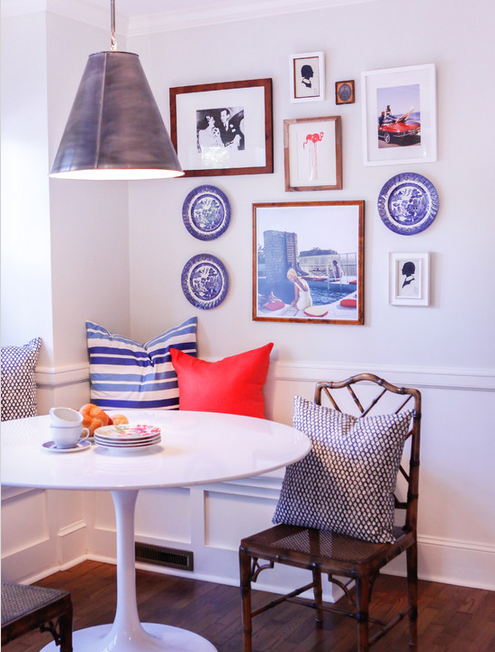 Yonder, dainty white is given a good old whooping of gold, and the result is quite high glamor, wouldn’t you say? 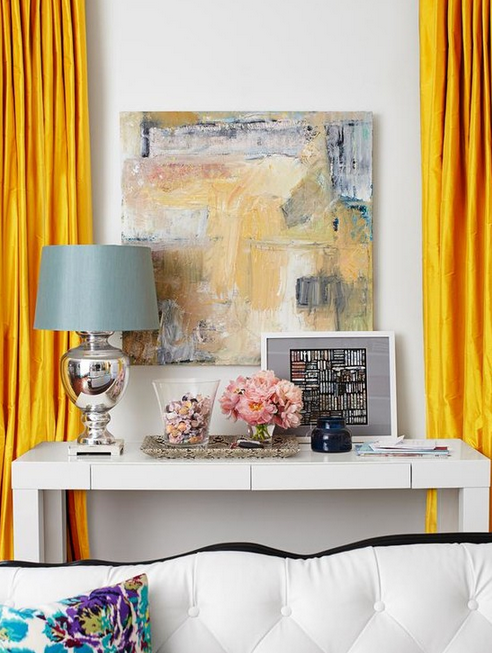 While below, a clean, white workspace is pepped up by way of dangerously vixen red chair, which positively pops, green trellis paper adjacent as it is and all. 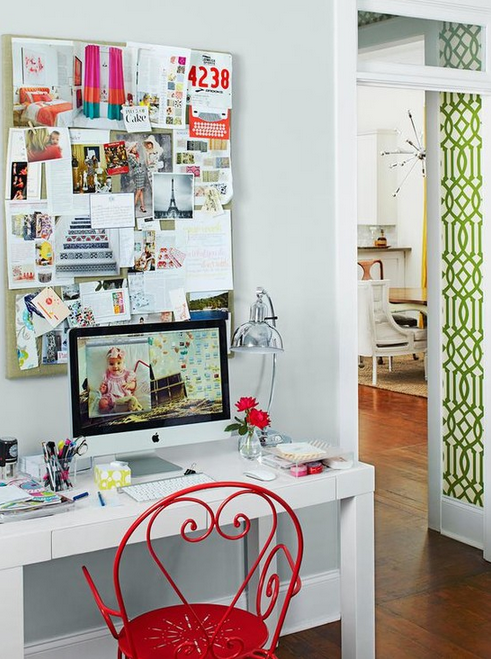 This office is perhaps what captured my interested in the first place. At first glance and also at others, the entire room seems to exude an aura of calm, of productive serenity. On closer inspection, one ascertains P & Q’s real mastery: each design element may, in fact, possess some pizzaz; that desk? Try and tell me that thing doesn’t have some serious ‘tude. That desk is like: don’t mess. I got work to do and such. 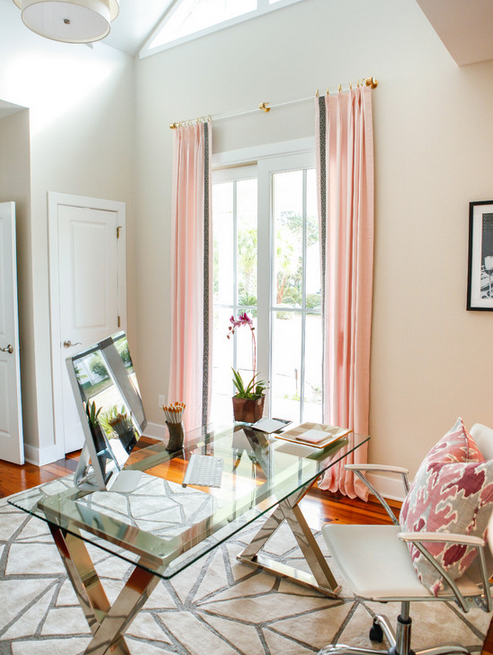 So basically there’s some cool design thing happening here that I like and that’s the real takeaway. It’s far from bland, but it’s still pretty zen, and so on! 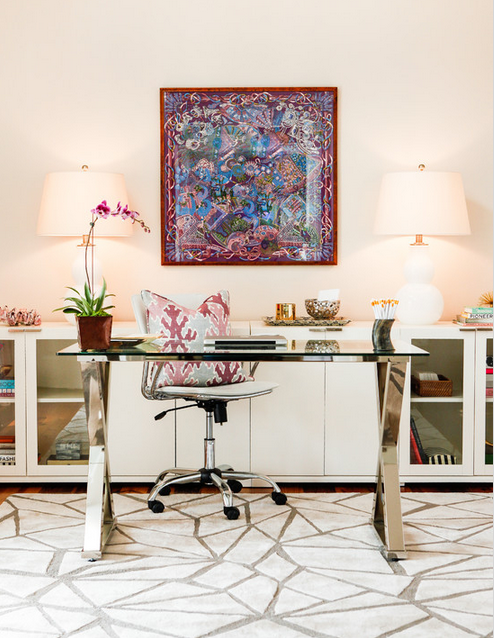 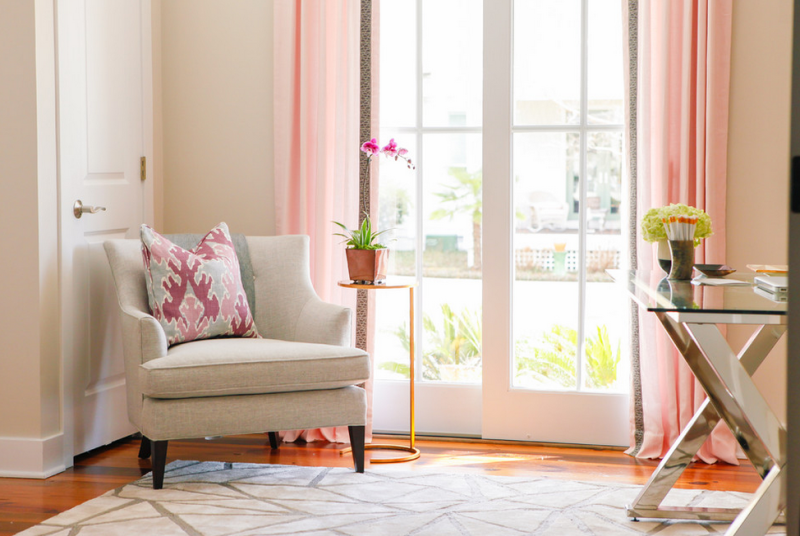 And lastly, this image, which is notable for its ability to make me think primarily pink artwork can be quite successful in practice. 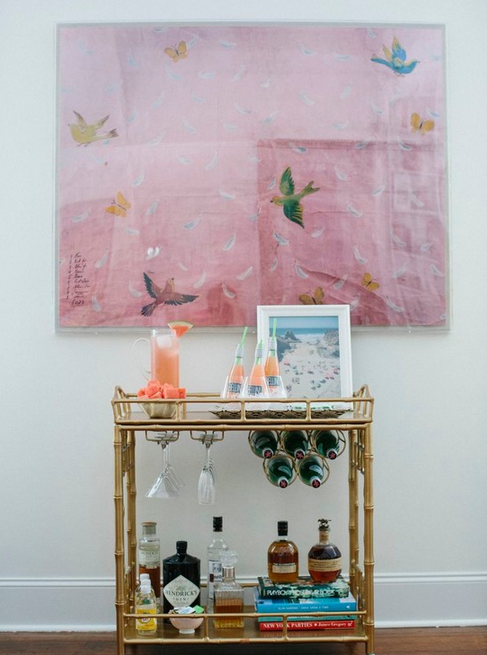 Thank you, as ever, for reading this week.

I bid you adieu, and also bid that you go and get yourself some garlic salt if you aren’t already in the possession of such a spice because hot damn! That stuff is it.