Ore Studios is another one that I stumbled upon through Instagram. They’re always posting these pictures of ridiculously peaceful waters and shores and I was immediately intrigued, like “who are these people??” Turns out, they’re my neighbors.

Well, officially, one half of Ore is in Seattle, the other half in Santa Fe, and cohesively they produce some dang good design.

This is their studio so you can imagine. 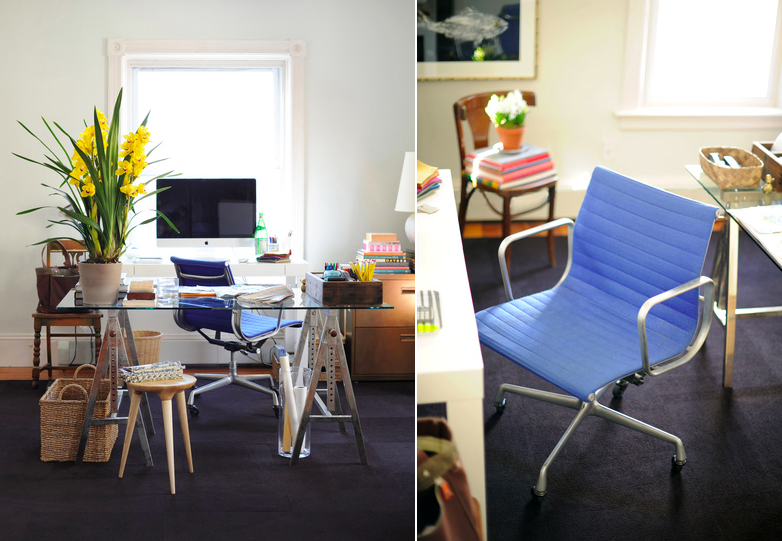 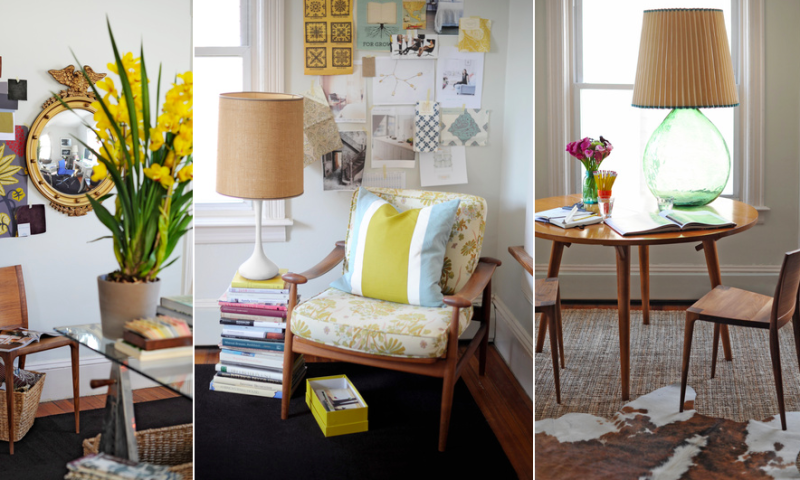 It follows that anyone capable of designing a studio space as glorious as that one would be able to at least mildly satisfy cliental.

It’s important that you know this next turn-of-the-century home used to be a library. Do you know how drab small town libraries usually are? They’re there to hold the books, which, let’s be real, are the things with the magic between the two. The clients requested that Ore inject a sense of glamour and rock and roll into the space, design that would lend itself easily to role playing games of sexy librarian/ naughty borrower who’s incurred late fees. Ore pushed that book through the return slot and delivered if you know what I’m sayin’ (don’t worry; I don’t either). 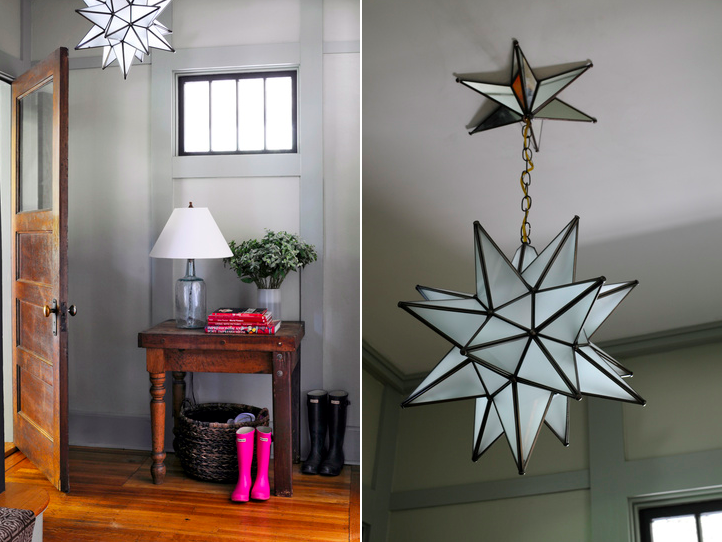 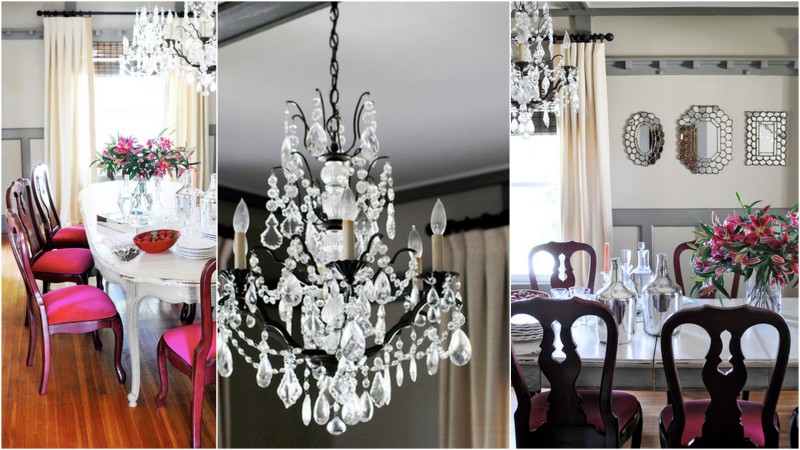 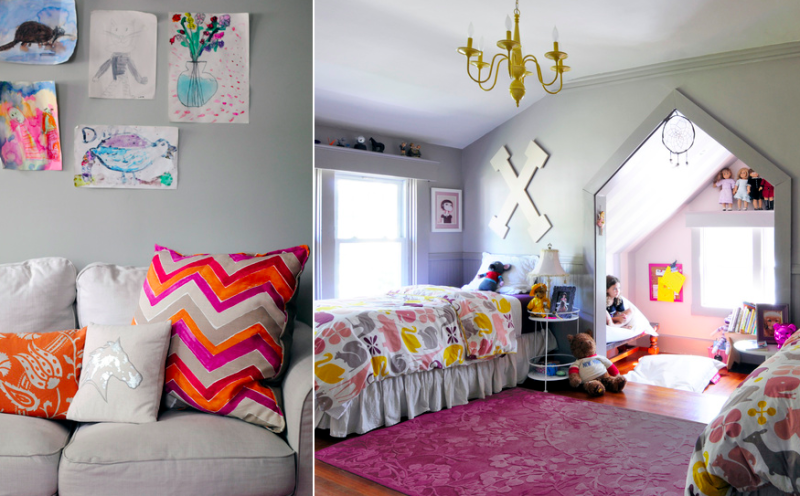 That tour continues on their site but this here’s a sampler so we’ll make our way onwards to this breezy area. In my eyes, this space is beautifully balanced: white with color, new with old, inside with outside, et al. 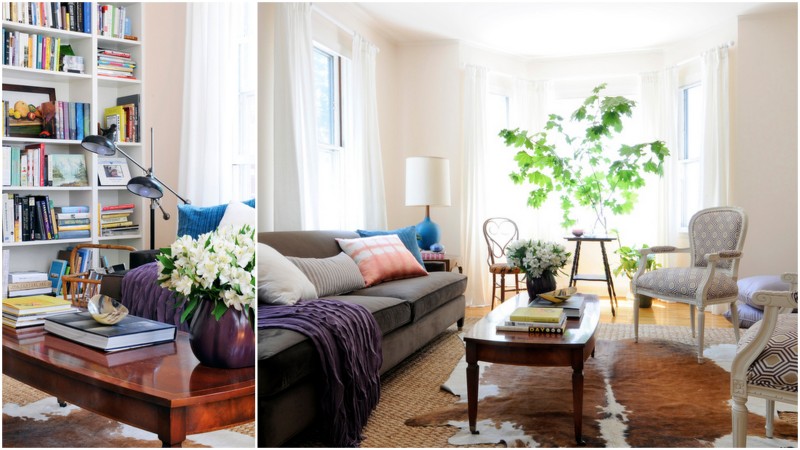 Much the same might be said for this bedroom, but for good measure tack on a remark about how yellow is just so sunny, ain’t it? Etc. 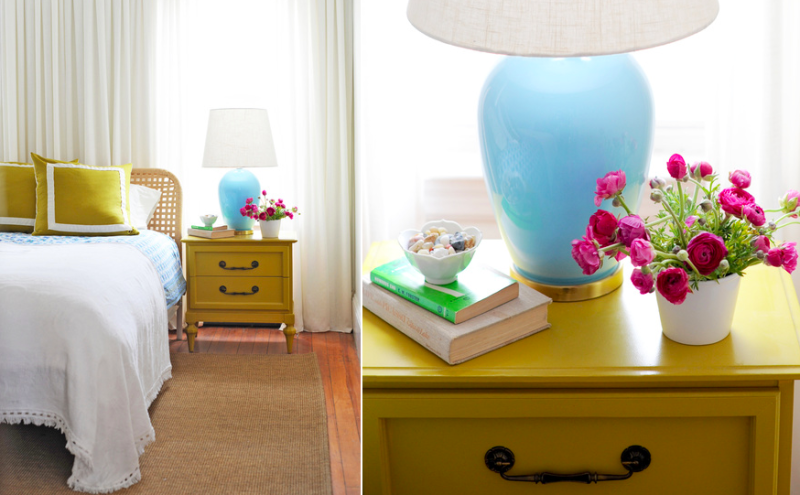 A little less grandma-chic and a little more manly- sleek (it isn’t actually that, but I was just really going for a rhyme there, you know?), this workspace has been painted a rather ideal shade of grey, and all the contributing design elements lend themselves marvelously to the darker palette. Next door though, light and white is the order of the day. 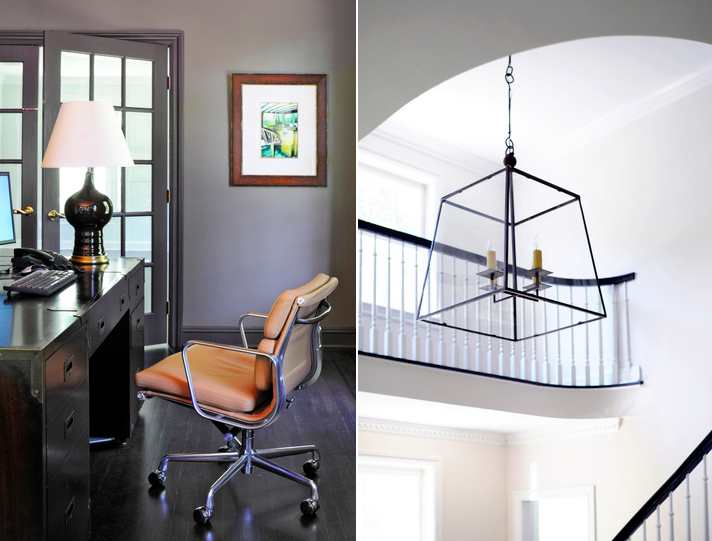 Half a peek at a bathroom cause I happen to like what’s happening here: 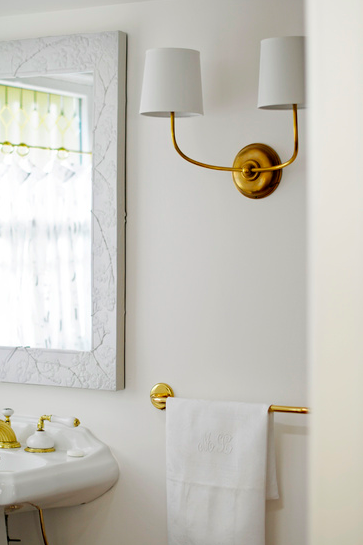 And some delicate, turquoise touches below. 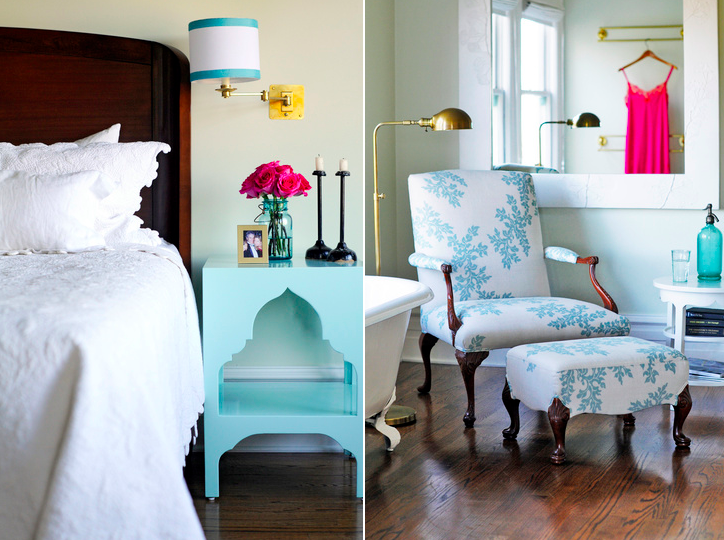 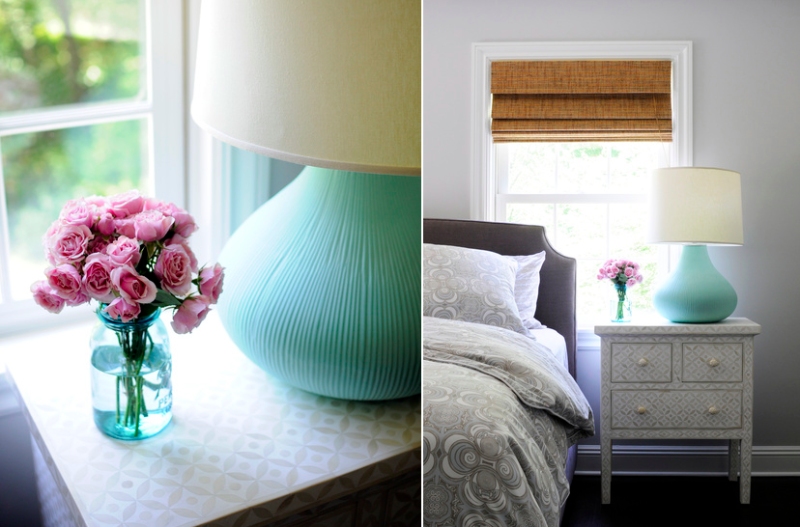 Next, Ore flexes its muscles once again, marrying ebony and ivory with ease. Or something. But really, that nailhead studded headboard set against that really rich almost-black-navy? That’s some good, huh. 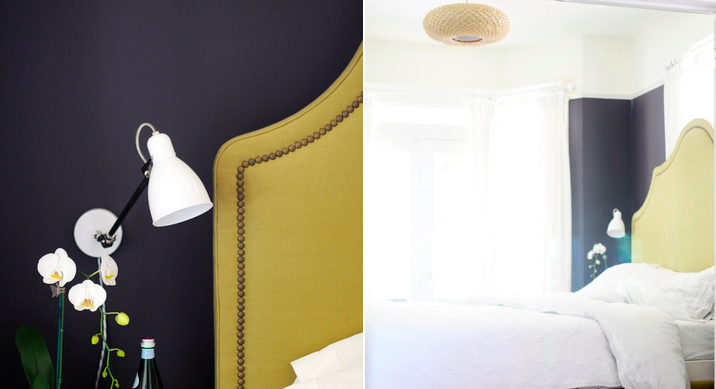 To close, three vignettes, again, cause I like them. Pretty sure I just decided that’s the blog equivalent to the parental, “because I said so.” 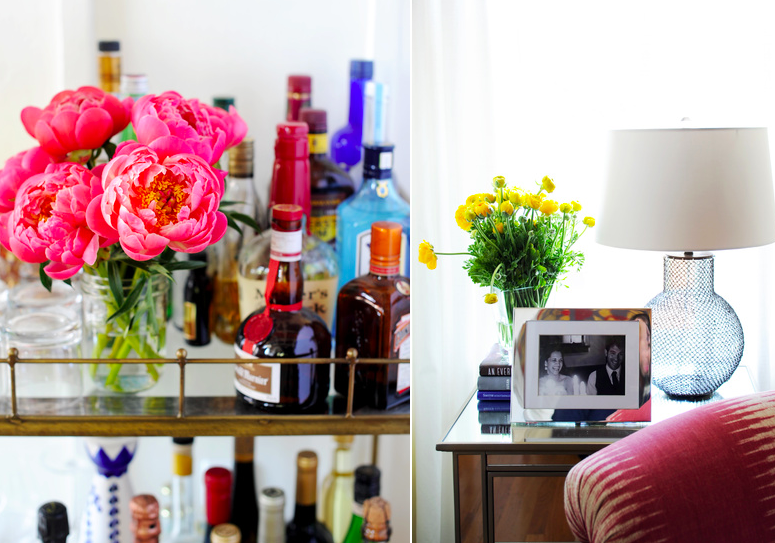 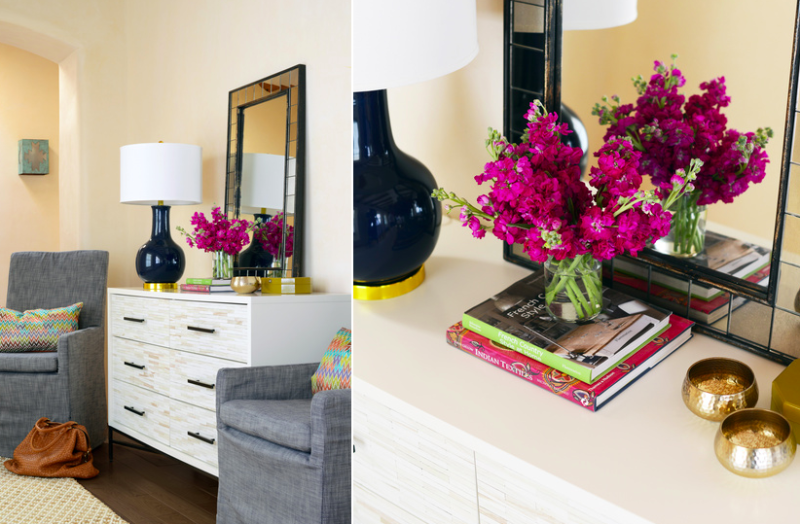 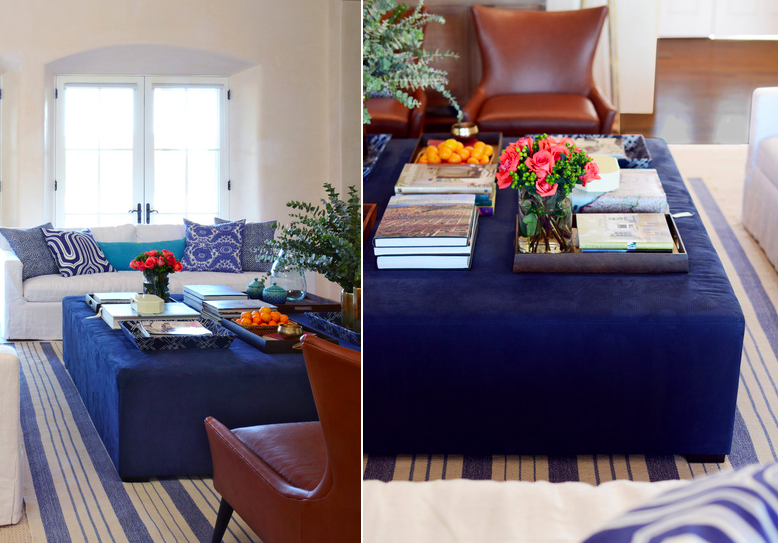 It all looks to me that way the Northwest feels: a little bit retro, a little bit homegrown, a lot of fresh air.

Oh and hey Andy, holler back.

Have a restful weekend, leave me book recommendations I must read and movie titles I must watch if you feel at all like being a pal, and try to clean out the crack in your electric toothbrush that gets all gooky. You know the one. Byeee!