Today’s designer spotlight is one I have wanted to feature for quite a while now. I hesitated to do so though, as her work has received its fair share of love and then some in the blogosphere. The last thing I want is to have this LS-land be nothing more than a rehashing of what you’ve already seen many times previously. Redundancy in the blog world can be wicked to endure– remember two weeks ago when every design blogger and their French Bulldog posted about that one house? And I was forced to tour it virtually on an endless repeat so that I actually started to form an irrational resentment for those two doe-eyed girls standing in the– OMG, a pony in the kitchen?! I can’t even!– and all that grass–seriously I can’t believe this house is in Brooklyn! I die!–Yeah, that was rough. Missed it? Be grateful.

But I digress- Caitlin Wilson, that’s the designer in question. Last night I resolved to risk redundancy; C.W. just might be worth it.

To begin, feast your eyes on this totally glorious kitchen. It’s white, yes, but so are many (read: every) kitchens I feature here. This one, though, possesses a real sense of soothing tranquility, wouldn’t you agree? 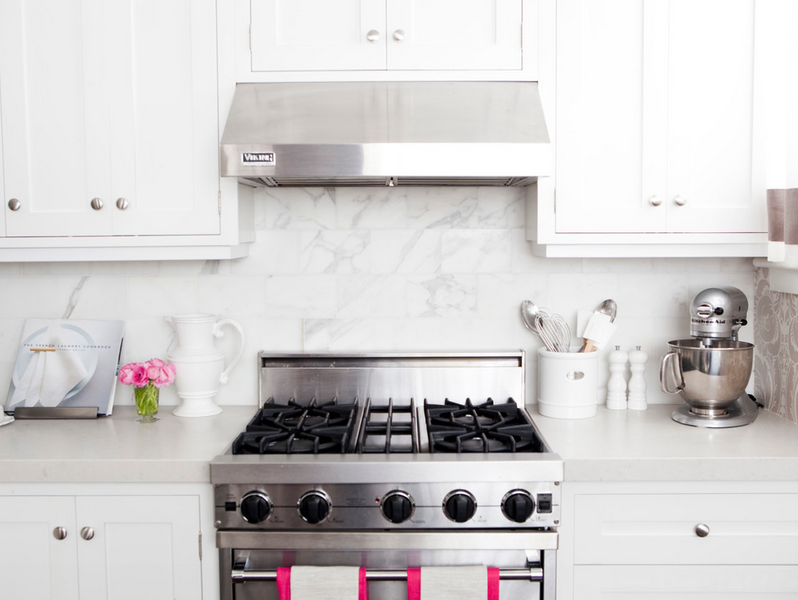 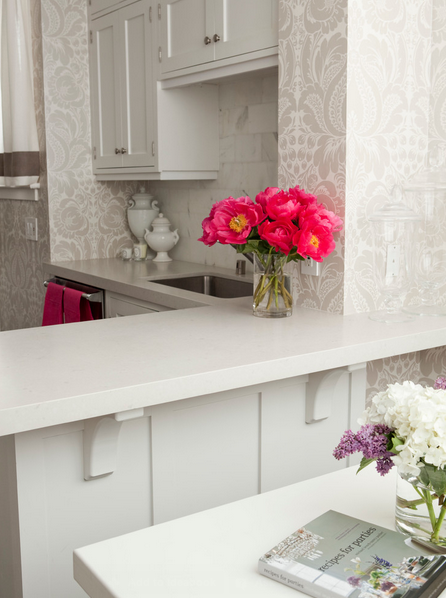 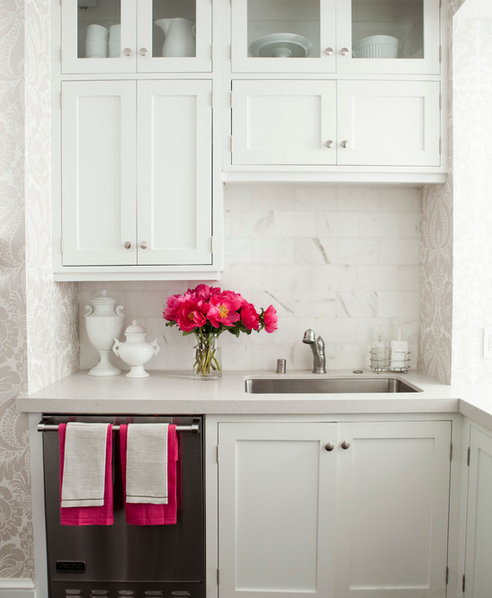 Lady Caitlin, for those of you who aren’t aware, designs textiles. They’re really nothing short of charming, as you can see. 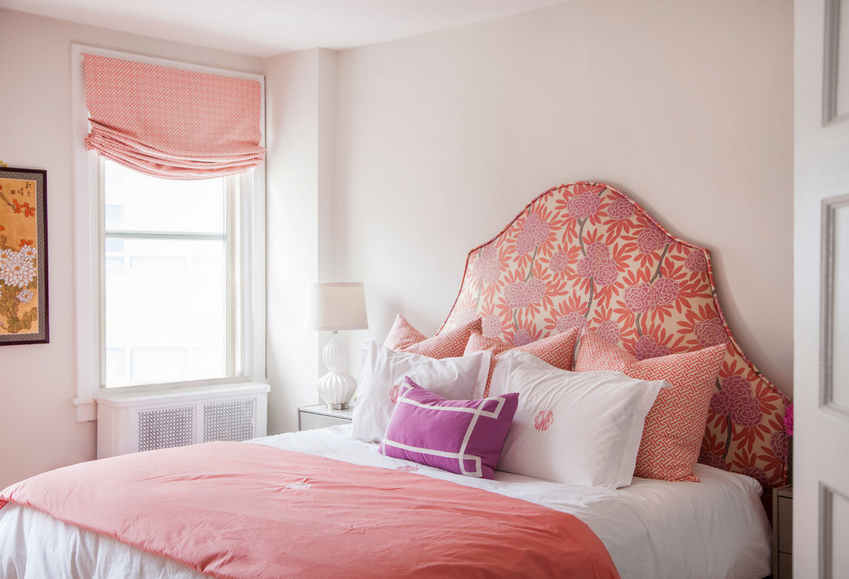 Her whole aesthetic seems to fall somewhere between youthful and sophisticated, modern and fresh, and yet not entirely divorced of some classical elements. I happen to be fond of it because while it certainly has character, it never feels as though its ventured too far down the “eclectic” path. 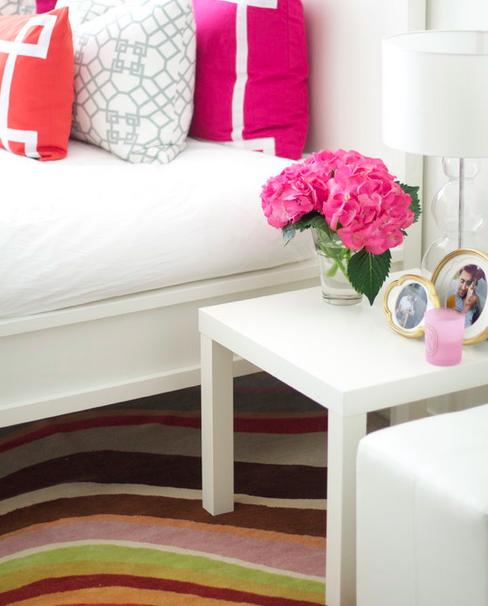 Caitlin is also one cool chic. An American, C. Wilson is incredibly well-traveled, having studied in Paris, lived in Hong Kong, and designing for clients all over the globe. 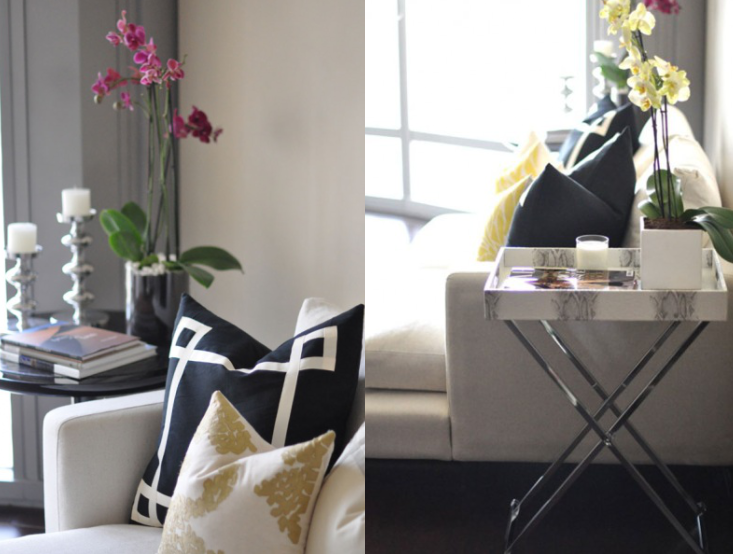 Back to the work, I can’t get enough of this gallery action. The symmetry, the French-chic, it’s all so oui, oui! 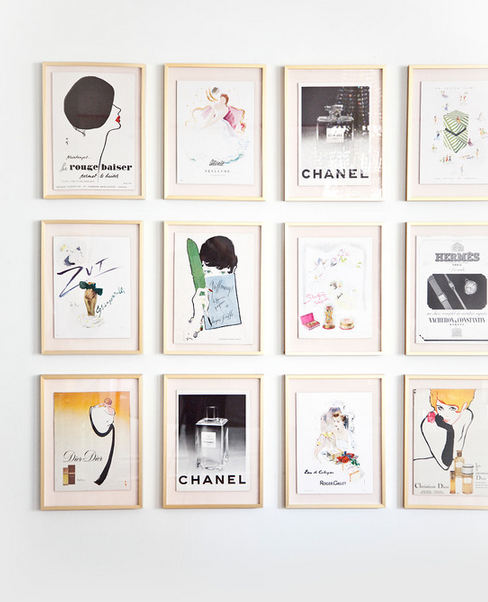 But just wait. Tuck in your belts and buckle up your galoshes and open your sunglasses case, for utter delight in the form of design is about to come hurtling at you. 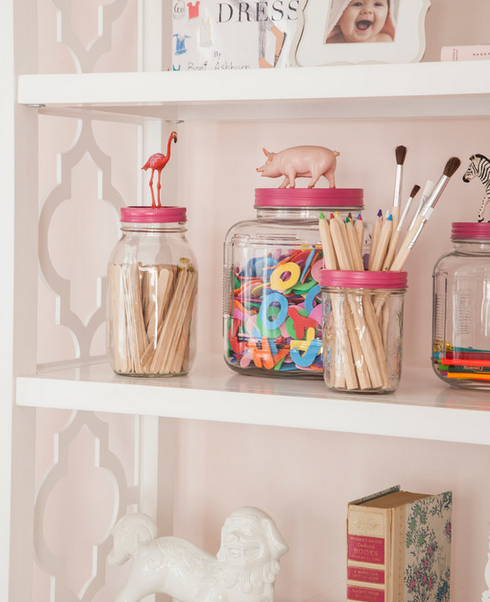 What is that? Oh, I don’t know, just some soft peachy pink perfection commingling with chevron patterned floor clothes, pint sized table and chairs, and one heck of a shelf vignette. 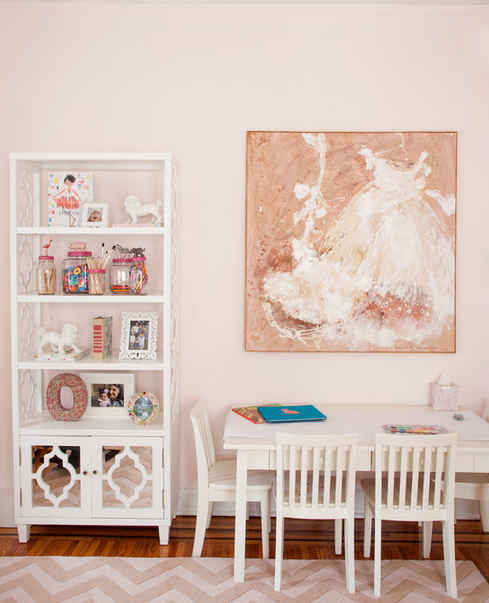 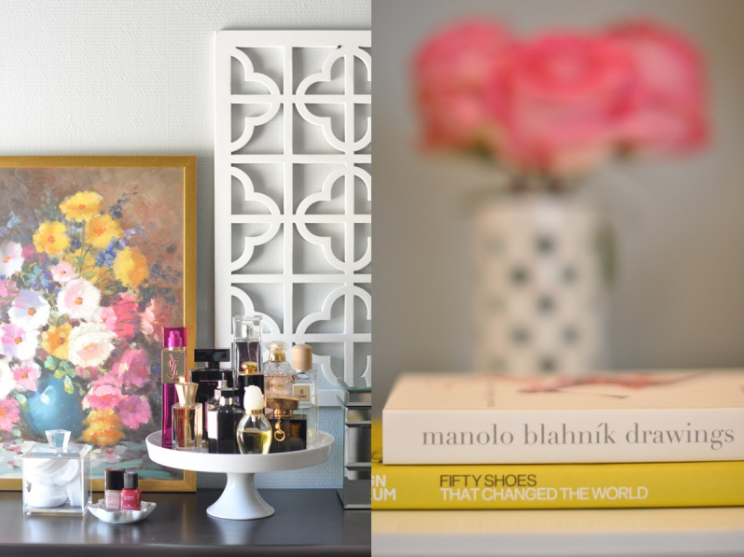 And let’s- please- let’s not forget the shoes. 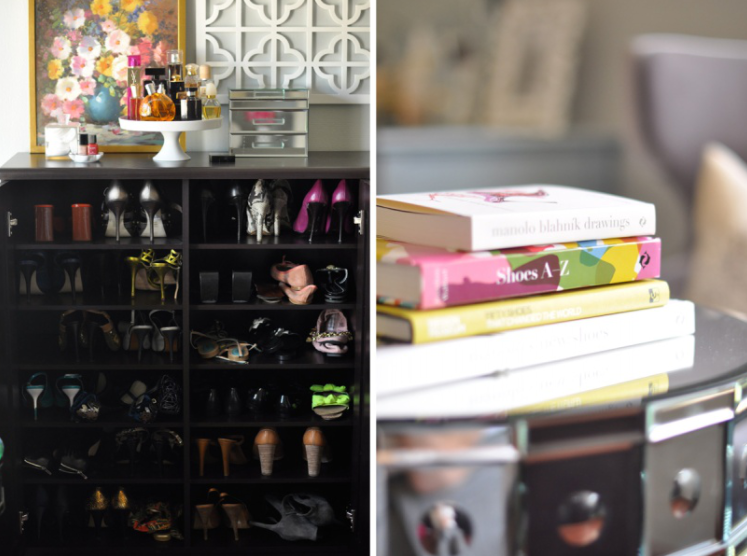 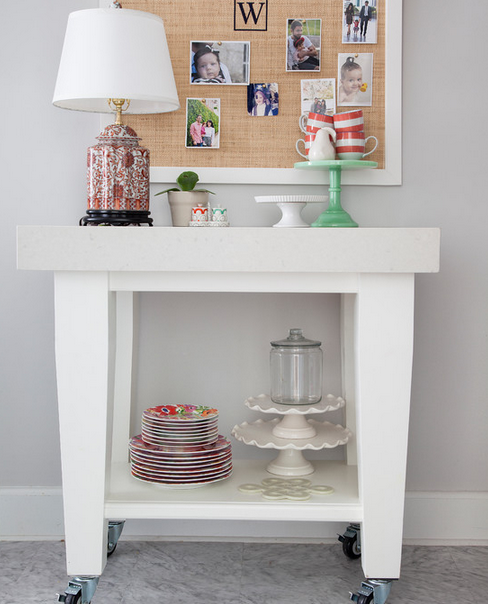 and then this other stuff: 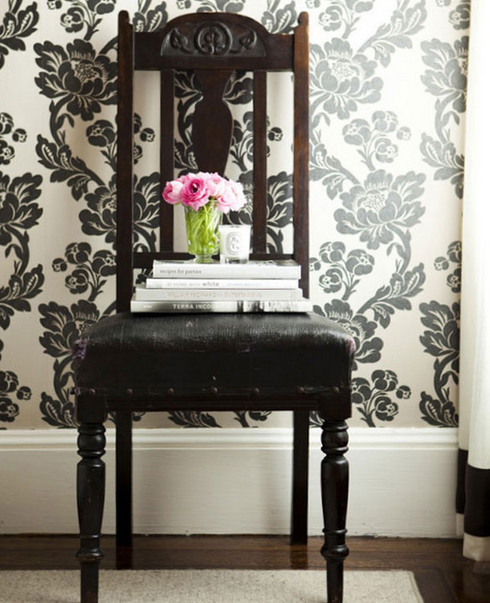 For the record, I have spared you all the turquoise gallery wall Ms. Wilson is perhaps most famous for lately. Restraint, people, that’s what that is.

If you need me, I’ll be outside suntanning myself. I’m just kidding, the sun doesn’t shine here! It just rains every single day! The rumors are true, hooray!