A.W.W. spent some twenty odd years in the film industry before heeding the siren call of design. When a person embarks on an endeavor all Julia Child style (that is, not in infancy but rather more like three decades past it), it’s clear the career choice is not that at all, but an innate skill.

Take this kitchen, for instance. 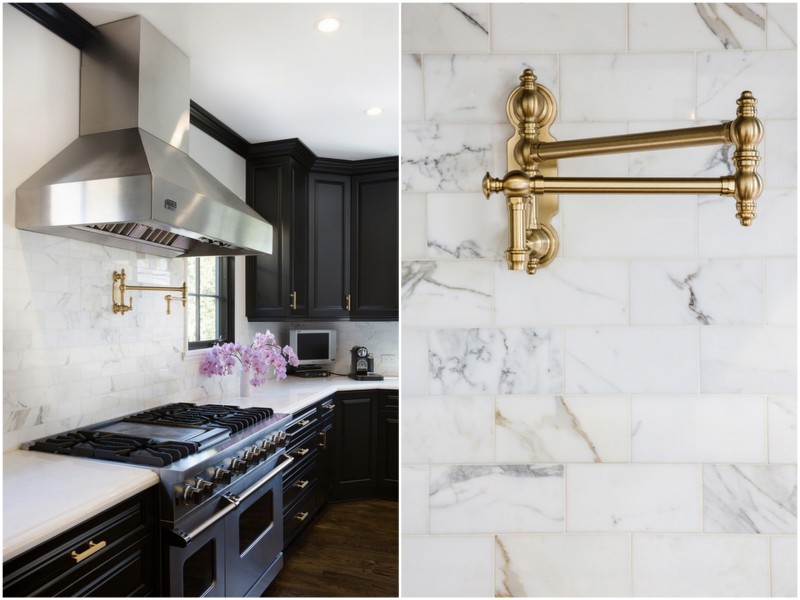 Nobody not born to be a designer could make that magic happen, no sir. 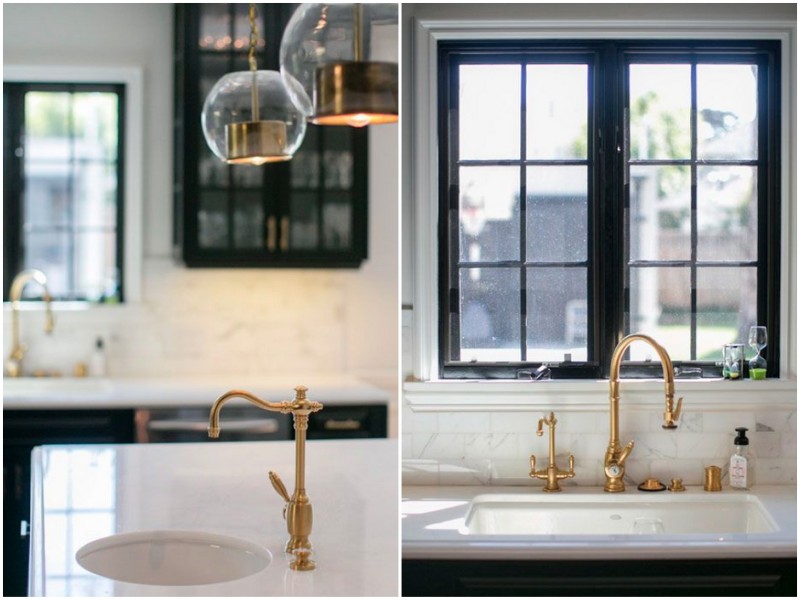 The marble subway tiling? The brassiness of the brass fixtures, so good you kind of want to lick them? The black and white contrast? 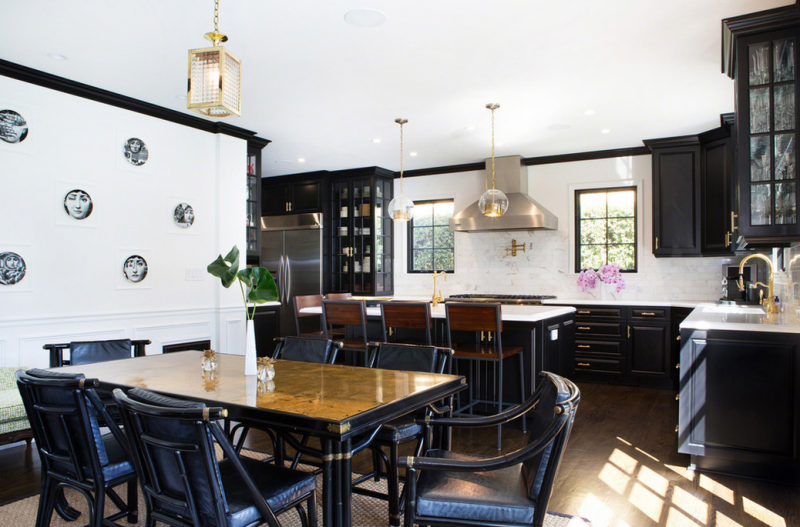 Yeah, that stuff is of the womb. 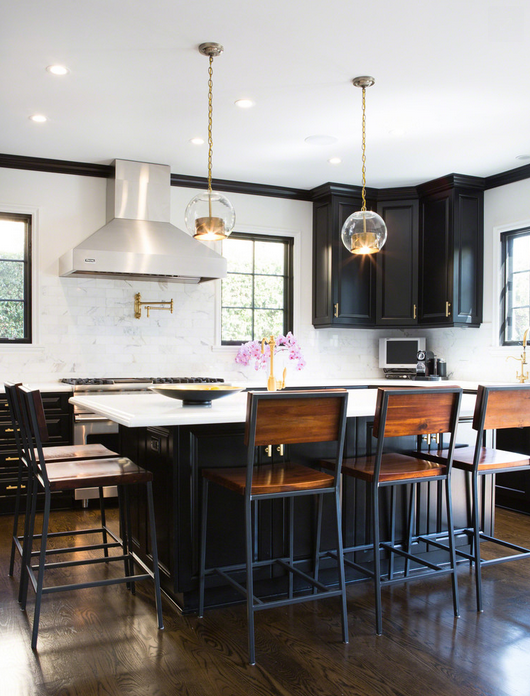 Here again, upstairs, where black and white are this time given a dose of soft, supple pink. 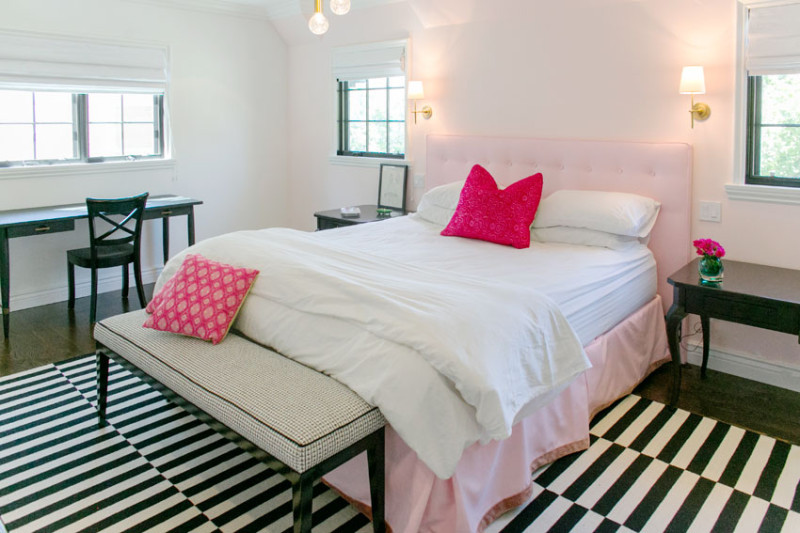 It’s like going to bed in a cloud of cotton candy. 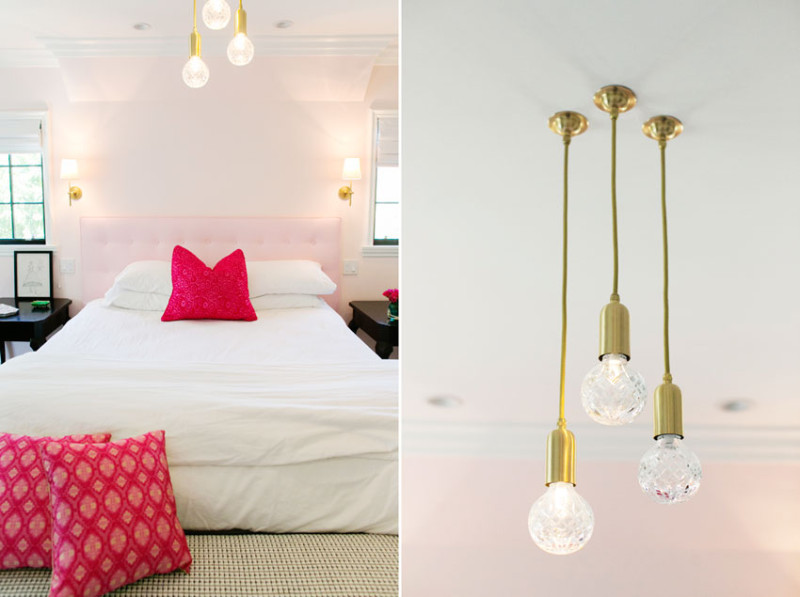 But back to earth and by earth I mean heaven and by heaven I mean when can I move in, a shot of the entryway, replete with rich black door and the perfect looky-loo into the realm that lays beyond. 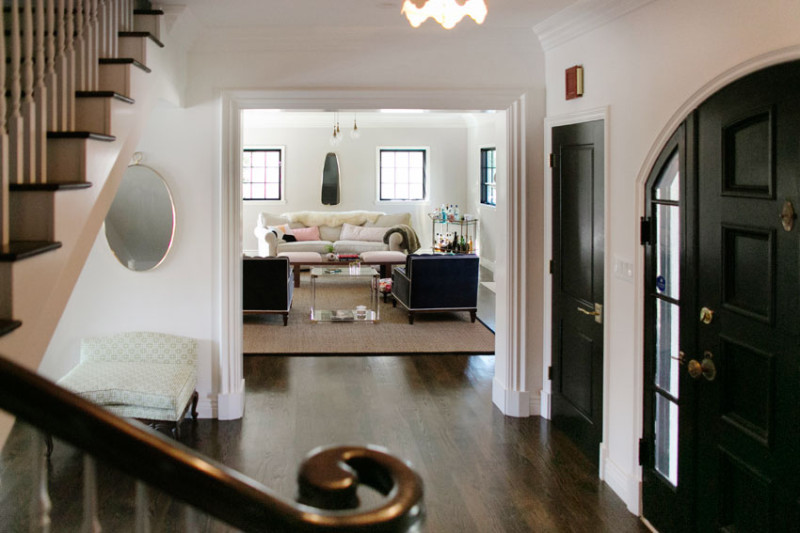 Ah, yes, that’s the one. I can’t even get into the perfect statement-making-understatement happening here. 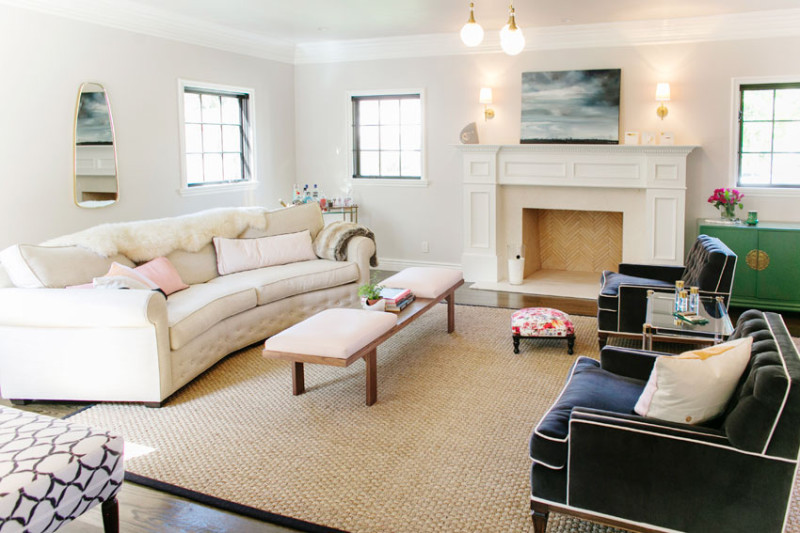 And the fireplace. Honestly, Abby Wolf-Weiss, what were you thinking? Making the movies and all when you have the gift of a herringbone fireplace like that? Naw, woman, naw. 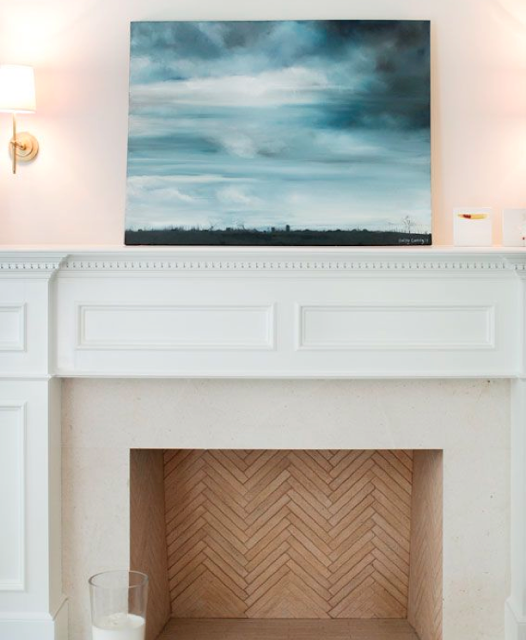 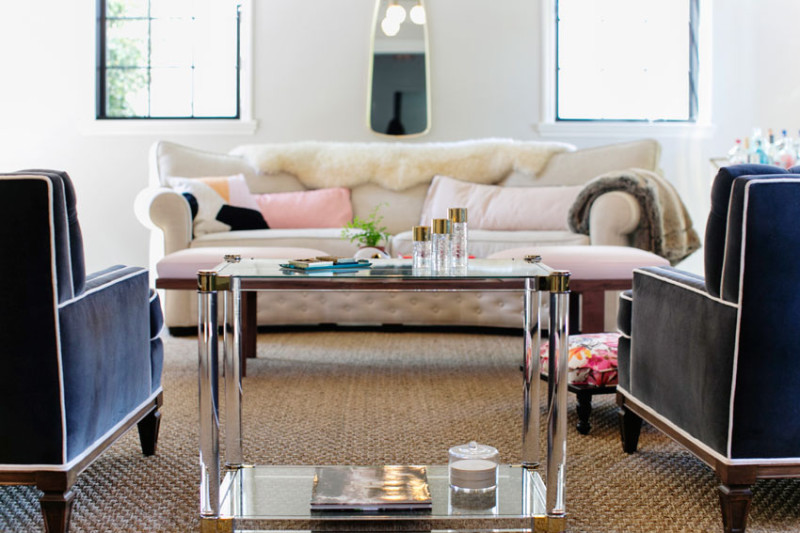 And a last offering from a different project, no less spectacular. 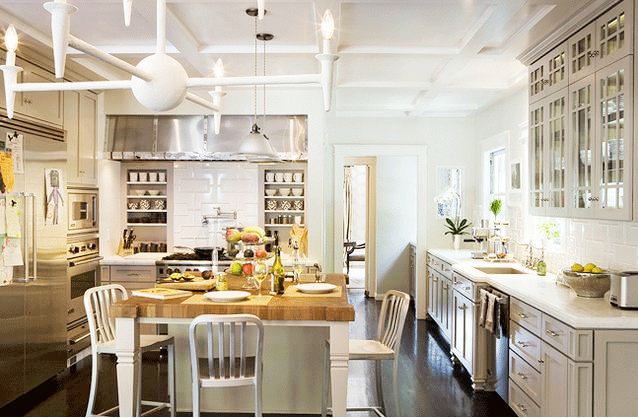 That’s it kids, the first week of March, wrapped.

Make magic happen this weekend and by magic I mean Live Simply and by Live Simply I mean lemon zest.

And I also do mean Live Simply.