Monday’s Meditation: On Why Women Suck At Making Plans (& How We Can Be Better) 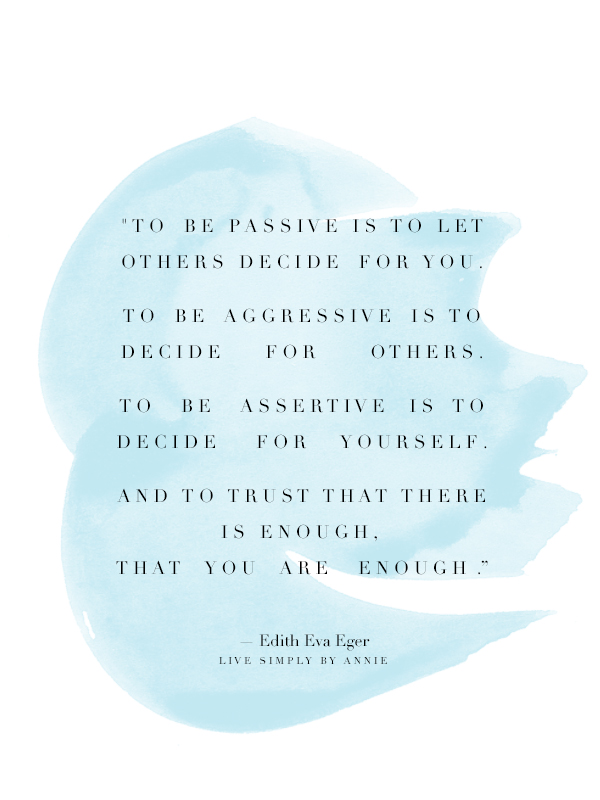 More and more, women are stepping into our power. We’re demanding equal treatment, allowing ourselves to be more than entities who matter in relation to how much or how little we’re deemed attractive by men, and we are finally, finally, learning that nothing is so futile or harmful than to consider another woman a threat with whom we must compete.

But if we are to succeed in being true equals, there’s one thing we’ve got to understand: we must stop trying to please others so damn hard. In particular, we must stop being afraid to take up space in our relationships–be them professional or personal–by way of speaking our preferences.

Listen in to the conversations of women anywhere, and iterations of practiced, polite statements of accommodation will hit you in the ears like so many maxi pads frisbee-ing through the air:

I don’t care; what do you want to do?

I’ll go to either place; what sounds better to you?

I don’t have a preference; you decide.

We can do whatever; I’m happy either way!

Two women planning anything is as hilariously frustrating as two cars sitting at an intersection, each one waiting for the other to take the right of way. For a while, neither moves. Then, realizing how ridiculous the situation is, both being to proceed. Seeing the other doing the same, both immediately stop. This repeats. At least two times. Eventually, one of them has to claim first position through the intersection, and both drive away feeling embarrassed, confused, and generally like the interaction was the opposite of efficient.

I can’t be certain, but I’m pretty sure this endless deference to others’ preferences is not a male thing. I haven’t personally observed men in a standoff with each other, both adamant about not being the one to assert themselves.

“No Jim, you tell me where you want to go for lunch.”

“Peter, I told you, I want to go wherever you want to go. You want Mexican? You want to grab Corndogs from the stand outside the office? ‘Cause I’m happy to eat whatever.”

“Yeah, we could do Mexican! Or the corndogs could be good, too! Either way!”

No, I feel fairly certain that the easy to please, happy to go along with the plan, preference-less act is a relic of femininity that needs to go. And not merely because women need to learn that their perpetual duty in life is not just to yield and accomodate. That’s some always-be-nice-or-you’re-a-bitch bullshit that I am very much not here for. That’s a shriveled up, shrunken version of humanity, in which one is still living scared to have one’s voice heard. The courage to speak up in the boardroom is cultivated in conversations about where to meet your girlfriend for coffee.

The other best reason why we need to knock this off? It benefits no one. Trying to just “go along with things” definitely doesn’t serve our best interests, but, in addition, it also makes life harder for others. When we can’t just come out and express meeting for coffee at 9, and pretend, instead, to be so easy by saying I‘ll do whenever! we create more work for others.

Now, that other person doesn’t just have to weigh their own preferences and schedule, they have to assume ours. They have to come up with both sides of the conversation and settle on the compromise. They have to think about what they know better about us (“even though she’s saying whenever, I know she prefers mornings, although I don’t know where she’ll be coming from and…). They have to fill in our side of the equation, which bashfulness or a learned unassertiveness has convinced us is more gracious and ladylike to leave blank.

Trying to be overwhelmingly easy to please–even while being fully in possession of our own lives and interests and preferences and routines–is a disservice to us and to others. Also, there’s this: it wastes so much freaking time.

Confident, self-expressed women are comfortable stating their preferences. They don’t beat around the bush, and make it their mission to continually punt the decision back in the other person’s court. When a gracious, flexible woman is making dinner plans with a man, she doesn’t say, “Name the place!” She says, “I’d love to go for Sushi or for Thai. Do either of those sound good to you?” And when the man says, “Sushi sounds great!” She says, “Great! Let’s go here.”

When a really amenable, laid-back woman is asked out for coffee, she doesn’t just say, “Whenever! When’s best for you?” She takes a moment to really think about her day, realistically factor in her routine, the traffic, etc., and then responds, “I’m free between 11:30-1:30. How does that window work for you?” Or, she goes out on a limb and says, “Let’s meet at x time at x place. Can’t wait!”

It’s time women stop shirking the responsibility of asserting ourselves. Time we make our preferences heard and ensure our needs are met. Time we look out for our own best interests while ensuring we don’t create unnecessary work for others.