Monday’s Meditation: On The Wisest Way To Handle Unwarranted Attacks 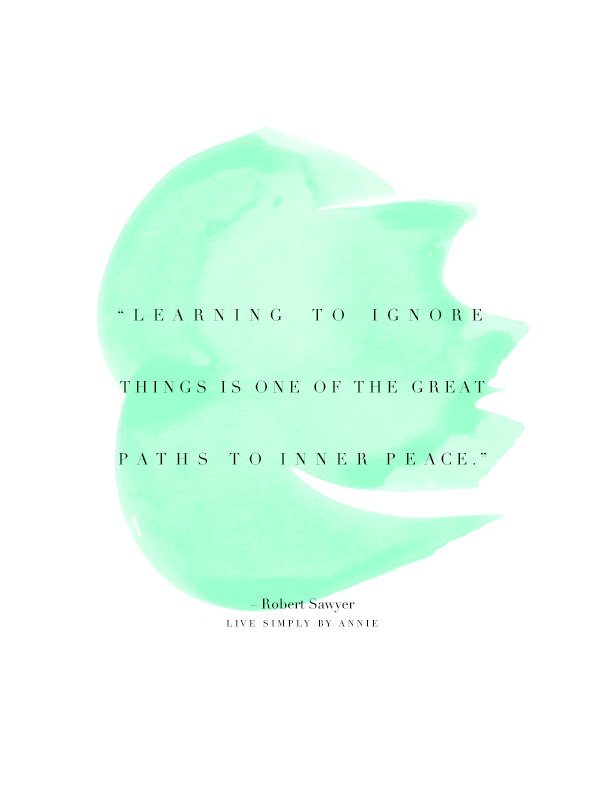 Not too long ago, I had an encounter with an incredibly angry woman.

That day, I was working at a storage facility where my client has a unit. I arrived first, and parked in one of the five spots available before the security gate. When my assistant arrived, we opened my trunk, pushed aside the many bags of donation from the day prior, and perched on the edge to wait for my client.

So there we were, sitting among the garbage bags, talking, when a beat up Subaru station wagon pulled into the lot. A middle-aged woman in dingy clothing got out, and approached the security gate keypad.

You can always tell when people are exceptionally crazy because they initiate communication with you in such a way that you feel as though you haven’t been privy to the beginning of the conversation. It’s as if you’re coming in late to an exchange of which you’re at the center.

“Guess you don’t fucking care that you’re parked in the way.” She hurled the words in my direction.

Everything about her demeanor conveyed a deep-seated anger, and an attitude of victimization and resentment towards a world she viewed as unfair.

“HELLO,” she spat. “My god.” She was mumbling some, so that it was both hard to follow the thread of her words, and impossible to mistake how combative they were.

“Like, did you think about it? You’re just gonna park right in the way so that everybody has to get out of their car?”

It was true; I had parked in a very legitimate spot that was adjacent to the keypad, thereby obstructing her ability to pull up directly next to the keypad and merely roll down her window to punch in the code. I honestly hadn’t thought about it when I pulled in. Clearly, the individuals who had painted the parking spots hadn’t either.

“Oh, and now you’re not even going to fucking say anything!” She was trying her very best to goad me. Her desperation to incite a reaction in me was fascinating.

My assistant and I were somewhat stupefied for a moment. The intensity of her aggression, and its lack of provocation, caught us off guard.

She glowered at me, her body jerked with anger. She was in a stand-off with herself. “Yeah, just sit there. Unbelievable. Are you even going to fucking say anything?”

For a fleeting moment, I flirted with the temptation to yell back at her. I wasn’t afraid of her, and I am not one to take any shit. But the more explosive she became, the more indescribably small she revealed herself to be.

“I cannot move while you are parked here, blocking me in, but I will after you’ve moved. I’m sorry.” I said, in a completely calm, level tone.

It was precisely what she didn’t want to hear me say. She got in her car and drove a couple of feet before stopping, rolling down her window and bellowing, “Just because you have all these nice things and you’re so privileged doesn’t mean you’re ALL THAT.”

And with that, she whipped that poor, old Subaru over the partition and careened into a parking spot in front of her unit.

“Oh my gosh,” my assistant said.

I couldn’t remember the last time I had seen such a blatant, flagrant display of anger.

“I can’t believe you were so nice to her!” my assistant said.

Had I uttered a word of hostility to storage-lady, the situation would no doubt have escalated rapidly. And, importantly, I would have found myself in a scenario of someone else’s making, in which I would have behaved in a way that was untrue to myself. I am not an angry person. I do not spew anger and volatility.

For this woman, I was a pawn, a target onto which she could unload her judgments and rage. But as she knew nothing about me to substantiate those judgments, there was no logical way the attack was personal.

It had nothing to do with me; it never does.

Perhaps if she had known my backstory, she would have been kinder to me. Perhaps if I knew her backstory, her egregiously unmeasured, vexatious behavior would have seemed more understandable.

But as it was, I knew enough to realize that I wasn’t going to be able to reason with her. And I knew I was going to expend far more energy attempting to block her energy than I would letting her words rush past me.

We do not always have to defend our honor. In fact, sometimes the best line of defense is recognizing when it isn’t prudent to defend an unwarranted attack, but merely to ignore it.

We do not have to respond to that hostile email, or text message. We do not always have to try to change people’s minds about us, or about our generation.  Accepting that some people will hate us no matter what can be a relief.

By the time my client arrived, storage-lady had done a second loop around, undoubtedly hoping to find I hadn’t moved my car, thereby proving true all the beliefs she invented about me, and engaging me in an another verbal sparring round. Too bad for her, I had moved; I am not the uncaring, over-entitled millennial she wanted me to be.

“That woman was so mean to Annie,” my assistant told my client.

“Who? The person in that Subaru?” my client asked. “You can tell she’s angry, just look at the way she’s driving.”

We all turned to watch the station wagon lunge and jolt under the direction of its pained driver, happy it was headed away from us.