Monday’s Meditation: On The Sweet Release Of Being Hated 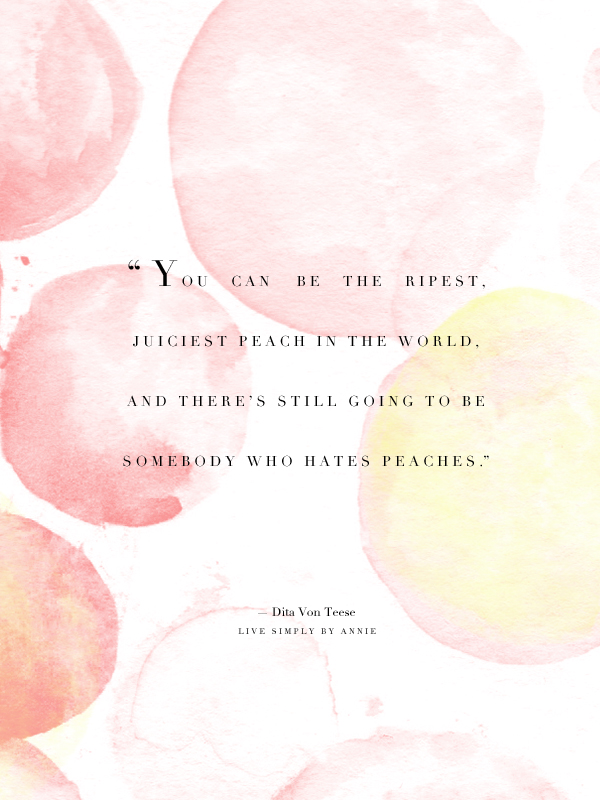 My sister recently reminded me (though I could hardly ever forget) about the savage girl wars I experienced throughout elementary school.

From the end of third grade until the end of eighth, I was The Girls’ most hated girl. Never a bully or a meanie, myself, at first the collective hatred on the part of my female classmates was hurtful.

After all, I was just being myself. I was friends with all the boys and found their company to be wholly more enjoyable, not to mention drama-free. I was confident and care-free, something which I never intended to be or consciously cultivated, but Simply was the way I came.

That, I learned, were all the qualities one needed to be outcasted.

The girls, all friends, would spend recesses ruminating in tightly formed circles, writing nasty letters. They would enter the classroom, their voices immediately dropping to hushed tones, their gaze revealing a deep, seething resentment one doesn’t normally associate with a fourth grader.

We hate you because you’re shining too brightly.

You can shine brightly, too, you know.

We’re not sure we’re ready. So we’ll hate you instead for already knowing how.

Have it your way.

Thankfully, though, something wonderful happened very early on into the girl wars, which was that I stopped caring whatsoever.

There was truly nothing I had ever done to earn their disregard of me, other than not abide by the rules of Girl, apparently, which were fall into rank, be shy around boys, detract attention. And, judging by how much misery the hatred was causing them, I felt reassured that I would rather enjoy life from the outs than be granted access, anyhow. Over on my end, I was having fun, living in joy.

Looking back, I’m not sure how navigating a small classroom filled with girls who visibly despised me didn’t rattle me. Amazingly, it didn’t. I got used to it. I legitimately didn’t care. It was clear that nothing I could do would change their minds about me; to succeed in doing that I’d have had to change who I was, and I wasn’t about to do that. So they would hate me and that would be that.

You know? It’s a kind of power to not care what people think of you. I mean, if you aren’t doing anything wrong, if you aren’t acting disrespectfully or unkindly, if you are just being your authentic self, and people still hate you, well, why should you care?

Only, I think there’s something in teenager/young adult years that feeds you a fear–the fear of not being socially acceptable.

After college, I broke up with a really toxic, stifling person. It was clearly the right decision for me at the time. But the worry about what that person would think of me ever after, what their family would think, their friends, it haunted me for a while. I was a good person, after all! A sweet, pure-hearted person! (I’m good, I swear!) But now there would be a whole circle of people who considered me vile, bad, mean, disloyal. I hated that.

“I’m destroyed over it,” I told my dad. “I want to be a person who always leaves people feeling happier, better, healthier. And now there’s a whole group of people out there who I’ve left in the opposite state, and who think the absolute worst about me.”

Something you have to understand is that my dad is the most loving, tender man. He swims in the woo woo and he floats upon a raft of diplomacy, compassion, and healing. He believes in speaking directly, in making amends, in living up to one’s spirit-potential.

I can’t remember, then, many times in my biography the man has audibly scoffed at me, but that day was one of them. “Oh, please, Annie,” he said. His words rolling the eyes they didn’t have. “Welcome to adulthood. Welcome to reality. You can’t please everyone. You won’t walk away on good terms always. Get over it.”

It was just the jolt back to fourth grade I needed.

When you boil down the desire to be liked by all to its essence, where you end up is fear. The fear that the people who think badly of you will spread that impression to others. The fear that the opinions of others who hate you is, in fact, true, and that you are The Worst.

Except, when you really parse things out, whose opinion matters? Whose do you trust? And: how much power are you giving over to someone else to decide?

If the person who dislikes you is, as far as you can ascertain, unhealthy emotionally, unstable, and generally miserable in at least one way or another, why on earth are you bending over backwards to stay in their good graces? Why fear the mutual alienation on the part of those who have allegiance to that imbalanced individual?

It is not our job to try and manage people’s perceptions of us, but, instead, to manage ourselves. It is not fair to twist ourselves up into the twisted vantage point of another, but to extricate ourselves enough to try and see things clearly.

There is no unsoiled reputation, no number of in-tact bridges to make up for living freely and joyfully.

To believe that you might get through life with everyone thinking you are an angel from above is a delusion.

To consistently be your best self, and balance your needs with the feelings of others with as much tenderness as you can–and to release worry and fear beyond that–that’s the only way.

There is nothing that could make me go back and rewrite the script of grade school to include me in that tightly formed hostile bond of girls. Given the choice, I would choose to be myself, over and over again.

Sometimes it is in hostile waters that you learn who you are. Sometimes it is when you know you’ll be risking your perfect reputation, and walking away with someone in the world holding a flawed perception of you, and you feel compelled to do so anyhow, that you are most assured of being true to you.

Don’t you dare dim your light for anyone. Don’t even consider succumbing to the pressure others may place on you to shine less brightly.

And, if you can, teach others how to shine their brightest, too.