Monday’s Meditation: On The Best New Year’s Resolution You Can Possibly Make 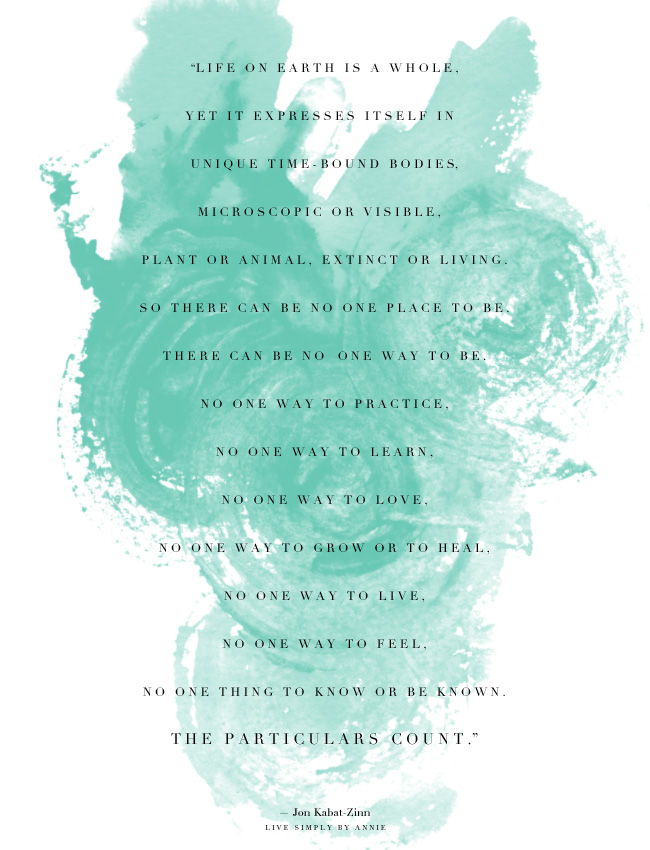 If I had the power to mandate one societal-wide new year’s resolution (besides to Live Simply, hello) it would be this: stop comparing yourself to other people.

There is no less worthwhile a habit than to compare your life to someone else’s. Nor one that we tend to fall into, again and again.

But the comparison has already been drawn, and the toxicity of such thoughts, already hatched. Comparison is like a compulsion, like a masochistic or ego-maniacal addiction that in spite of knowing better, we can’t quit.

We can’t win at it, either.

Comparison always only lands us in 1 of 3 places:

We compare ourselves to someone we believe is more attractive, more successful, or in other ways superior to us, which leaves us feeling inferior and like we’re failures and falling short–

We compare ourselves to those who we see as doing “worse” than us–people who are lost, struggling, and clearly flawed, in order to boost our egos and make ourselves feel better about where we’re at in life, a tactic which is surely not a healthy and sustainable way to cultivate self-love–

And the best we can hope for is:

We compare ourselves to an equal, in which case we get to feel at best like we’re average, which in this case is kind of like a euphemism for not special.

Comparison is a natural inclination for those of us who rely on pre-existing standards to contextualize our lives. It’s come into play in a significantly larger way with the advent of social media, which caused a whole society to start carrying the shame that their normal, everyday didn’t look as good as the lives of the normal people they follow on the internet.

Most people have wizened up about that as of late, I think, and are generally more aware that people on the internet, like people offline, are conscientious about what they share and how they do, and that most people want to present the best possible version of themselves at all times.

Yet our tendency to compare ourselves to those we actually know, at least, rages on. With them, we figure, we know the full story, or we know there is one, and this gives us the necessary grounds for comparing.

Except that there are no valid grounds for comparison, period. I regret to get all after-school-special on you, but the truth is that each and every one of us is an entirely unique entity, composed of a zillion and some cells in such an arrangement as has never been or will ever be replicated, having been raised in just the way we were, having been born with whatever gifts we have been. You is not comparable to anyone.

Even siblings, the people who share the most possible commonalities, are not comparable. And if siblings are too unique to compare, you can damn well figure that any other two people more separated from each other genetically and in terms of shared life experience lack the grounds for comparing, as well.

If you possess the ability to use comparison as a means of righteous empowerment–that is, the comparison of your life to others’ feeds your drive and ambition, reassures your belief in future successes, without diminishing yourself or others in your mind in the process, more power to you. You are the exception.

For most of us, comparison is a mental trap that does little more than to generate doubt, insecurity, and self-loathing.

This year, let us aim to avoid drawing comparisons between two incomparable entities.

This year, let us never stray far from the knowledge that we are like everyone, in that we want to be seen, understood–to be useful–and that we are like no one else, since each of us is a singularly unique, non-replicable being, and our lives therefore cannot be measured against another’s.

You are the pacesetter of your life.

You are so brilliantly navigating life as you.

Keep at it (comparisons thrown to the wayside).