In honor of my forthcoming one year Seattle residi-versary, I present you with 14 observations about this place in my humble opinion:

Things about Seattle that make me nuts

1. People do not go here at green lights? It’s very strange, and I’m not quite sure what these people were all taught in driver’s training, but evidently not that green means put your foot on the frickin’ peddle before I have a coronary for the love.

2. Along these lines, I’ve heard tell that Seattle is infamous for having terrible traffic. After living here for many months, I can confidently assert my theory that the amount of traffic is directly correlated to the aforeblogged inability to accelerate. When it takes the first person at the intersection 30-45 seconds (which feels much more like 30-45 minutes on the road) to hit the pedal when the light turns green, the fifth car back doesn’t even stand a chance of making it through before the light changes. Poor guy. This whole dynamic drives me mad (pun intended or not intended, I don’t even care). 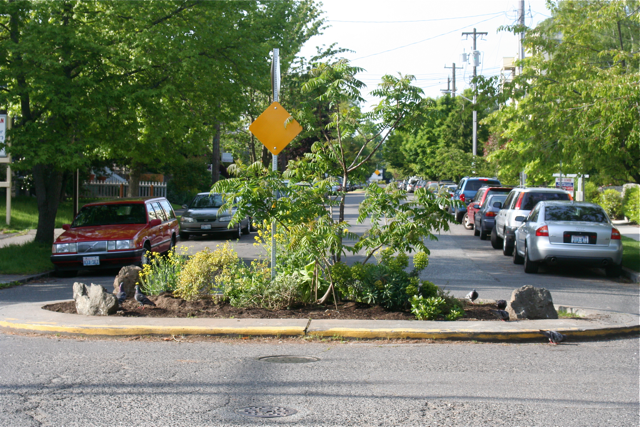 3. The stupid circle of grass in the middle of every single residential intersection. Whose annoying idea was that? And also, why?

4. There are too many crosswalks. There are so many crosswalks that even where there are no crosswalks, people assume there must be one, which inevitably results in cars coming to a dead halt in the middle of a busy road to let some pedestrian cross the street and I’m all “This isn’t a cross walk people! This one actually isn’t!”

(On the other hand, if you’re in the role of pedestrian in this scenario, then the tendency of Seattle drivers to yield at even the slightest hint that you may be flirting with the idea of crossing the street is a grand convenience).

5. The slanted back-in parking, which necessitates a sort of awkward half U-y, blocking both sides of traffic. What? No, really: what?

6. Perhaps I’ve just been spoiled by little Michigan, but I yearn for the days when each parking spot had its own meter. Get out of the car, put money in, be on your way.

Here, parking involves about a dozen different steps: get out of the car. Weigh whether or not it’s worth it to lock the car, given that you’re only going a few paces down the street, but also given that the bum loitering in close proximity to your passenger side might get a few ideas and run off with your label maker. Decide that he’d be crazy not to want the labeler and lock the doors. Walk down to the parking machine. Get out your credit card, push it in, and try to decipher the directions the machine gives you through the many angry scratches that have been made on the screen. Press add time until you see your life’s savings appear as the total amount to be charged. Stand around in the rain while the machine approves your card, spits out your receipt. Peel off the receipt from the sticky part, and then reverse it, so that the sticky part sticks the receipt part to the window. Oh, you’re back at the car by this point. Unlock the doors. Stick the thing to the window. Lock the doors. Try convincing yourself that you have any energy left to even make it into Nordstrom.

7. I didn’t mean for this entire list to revolve around roadway behavior, but respectfully, homeboy city planner got some ‘splanen to do. 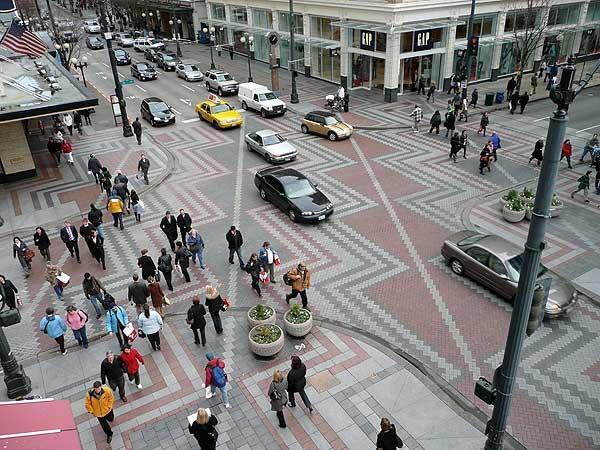 8. Seattleites are devoutly obedient of traffic walk signals for pedestrians. I’m talking, you’re at the busiest interesction of downtown Seattle and there are scads of people on either side of the street. There is not a toe laid down on blacktop before that red hand has been replaced by a white walkman. If, in a total rebellious move, you deign to cross the street before such signal has been given, despite the lack of any motor vehicles for miles, the people cohabiting the streets will look at you as if you have just butchered a cow, lit it on fire, and started conducting rhymic chanting in circles around it.

9. Jaywalking is a serious crime here. As in, I have personally witnessed one such individual daring to cross as described above, without the signal and without any cars, and been promptly “pulled over” upon reaching the other curb by a cop on a bike, who issued him a citation while he cried, “Are you kidding me?! You’ve got to be kidding me.” Over and over. Whadup, homie, not from around these parts either, are you?

10. People here are noticeably grounded and approachable. They regard each other as equals and generally don’t go around acting like they having something to prove– that something being that they are god’s gift. They’re low key, unfussy, and pleasant.

When my friend was in town we ventured into one of the trendy shops around here, and got to talking with the store’s owner, who, between me and you, could not have been more of a name-dropping, nose in the air, barf in my throat type lady. Afterwards, I couldn’t shut up to my friend about how wretchedly stuck up I thought she was, and that’s when it occurred to me– it was such a jarring encounter because for so many months I hadn’t come into contact with anyone of that ilk. So that’s nice. 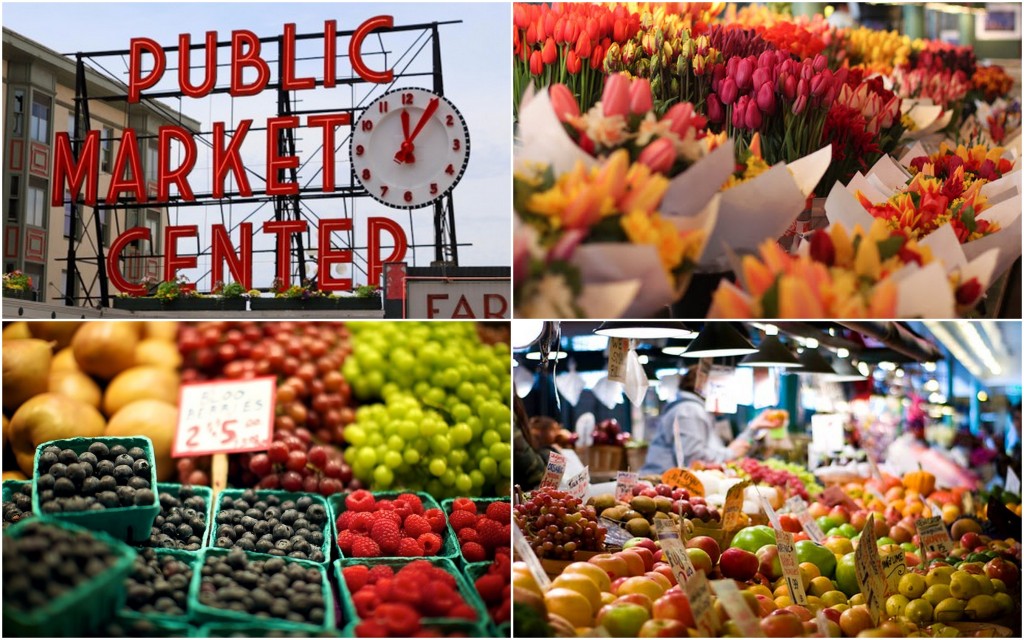 11. The market. There really isn’t a bad time to go or to be had at the market. Regardless of how often you visit, it never ceases to feel like a satisfying venture. Grab a Starbucks at the first one ever, listen to some weird ass performers juggling a guitar in their mouth while hoolah hooping while playing the accordian, look at all the gorgeous blooms, avoid the fish section because you have a fish phobia, taste seasoned nuts and apple chips and it’s a grand old time I tell you. 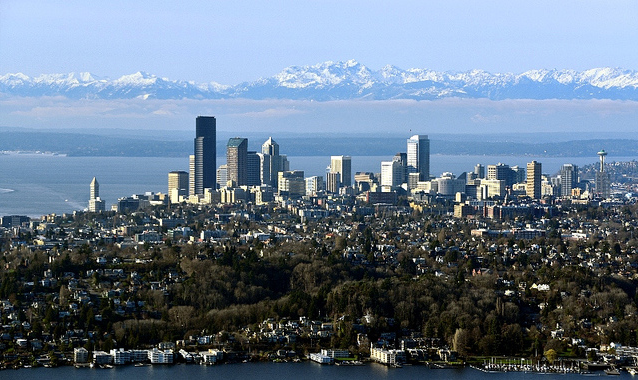 12. The mountains. Granted, this isn’t unique to Seattle, but as noted before, as a flatland native, the sight of mountains continues to mesmerize me.

13. Seattle is a city of unique personalities. Unlike some other places, it isn’t inundated with any one type of people. Oh, I mean, half the city’s populates are Microsoft and Amazon employees, but besides them!

14. The weather. Yeah, everyone can say what they want and yes it does rain a lot, but you know what? The sun shines a whole lot too. And coming from Michigan, where winter feels like the arctic and lasts half the year, and where summer is so oppressively hot that going outside activates the whole wicked witch melting thing, Seattle’s mild temperatures are a certain kind of bliss. And Seattle on a sunny day, clear blue skies, birds chirping and mountains all mountainy? Ya just can’t beat that beauty.