Present Predicaments: The Right And Wrong Time To Buy Gifts

Man, the subject of gifts has sure been taking a beating here as of late. Rather than relenting, today I’ve been compelled to take yet another whack at it.

Whereas recently preceding posts have set their sights on addressing a. the selection of specific presents and b. the intersection of gifts and decluttering, this latest iteration is chiefly concerned with when and why presents are purchased. 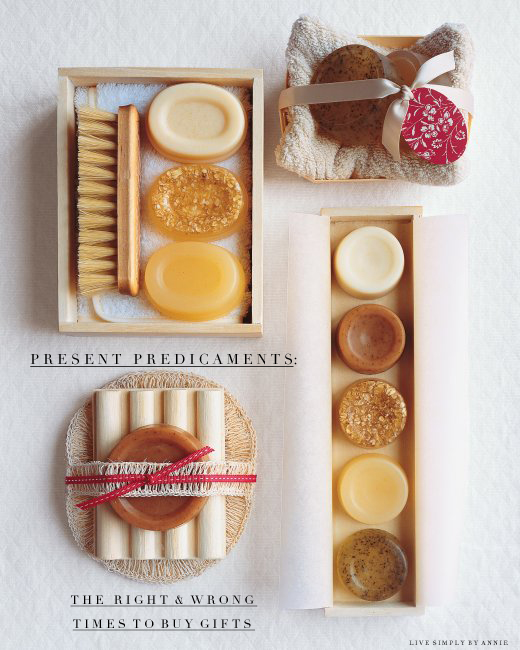 Interestingly, nearly every one of my clients have had in their possession a “present stash,” that is, a bunch of gifts that have been purchased on a precautionary basis, with but a whit of regard to particular recipients, and often, I’m sad to report, in bulk. The intention of such presents being to able to appeal to a multitude of personalities, such gifts are unremarkable by and large, and, were they to be organs, would most probably be referred to as “blandular.” Let’s be sure to add in there, for good measure and such, that such gifts invariably get completely and totally forgotten about. The explanation, “that was meant to be a gift,” is most usually followed by: “but I never got around to giving it.” See also: “But I forget it ever existed until this very moment.” 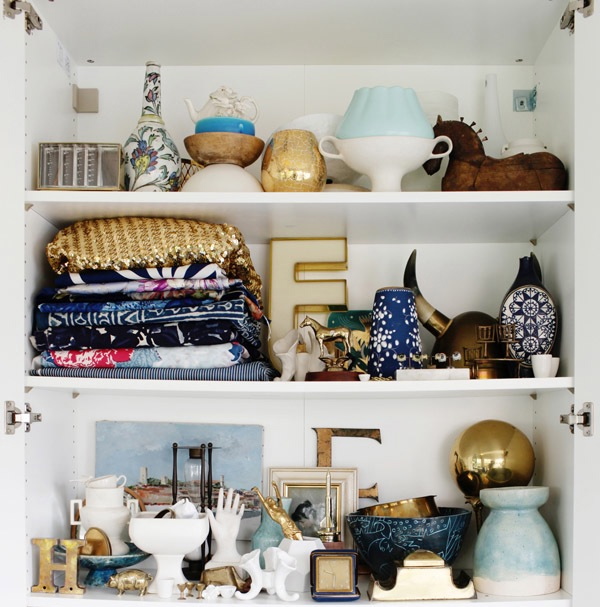 My objections with this habit are multi-faceted.

Being that these items are always new, with tags on, and most of the time still in the original store bag, they are a glaring waste of money.

Anticipatory gifts bring an element of anxiety into the gift giving process. Precautionary presents suggest the buyer is under the false belief that they inhabit a very remote island, where storefronts are scant and internet doesn’t happen. Who knows when they might next venture into civilization and thus have opportunity to purchase a present for their niece’s upcoming graduation? They might be sequestered. Quarantined, even. Best to stock up, like some lot of squirrels, than to be caught without a present when a celebratory occasion happens to roll around.

The reason, I think, that presents purchased without any specific special occasions in mind have such a high tendency to become clutter is because their innate vagueness actually encourages their obscurity in your memory. When the day finally dawns that your best friend has a birthday, your child’s teacher requires acknowledgment, or your belly dance instructor gives birth, the chances that your brain effortlessly pops off with enthusiastic recollections of the nondescript candle, pack of tea towels, lined journal, or picture frame stashed on the top shelf in the linen closet are slim. And thus, the things become clutter, the money is wasted, the cycle repeats, etc. etc. 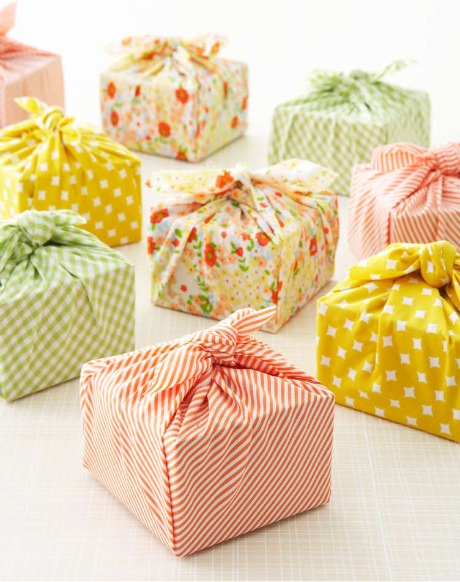 Surely we would all prefer that a gift has been carefully and purposefully selected with only us in mind. And wouldn’t we rather give those kinds of gifts, too? In fact, I would go so far as to say that most of us would rather we were given a really personal, special present that arrived late, than a standard, had-it-at-the-ready gift presented on time. So that’s the anxiety rational blown out of the water.

It is one thing, and perhaps the only exception, when you stumble upon a particular item which so ridiculously and uncannily reminds of a specific and precious person in your life–who also happens to have a special occasion approaching in the next, let’s say, 6 month time period. Even in that case, presents are often forgotten about as time passes, and so, one must go to additional lengths to ensure the pre-purchased gift lives to see the light of birthday; make note of the gift in one’s calendar, next to the notation of the occasion, including the detail of the gift’s location in your house.

In general, the Live Simply rules to gift buying are thus:

– Buy the present upon the occasion (i.e. within 2-4 weeks beforehand).

– Buy presents on a single-serve basis–avoid stocking up and purchasing 12 multiples of body lotion.