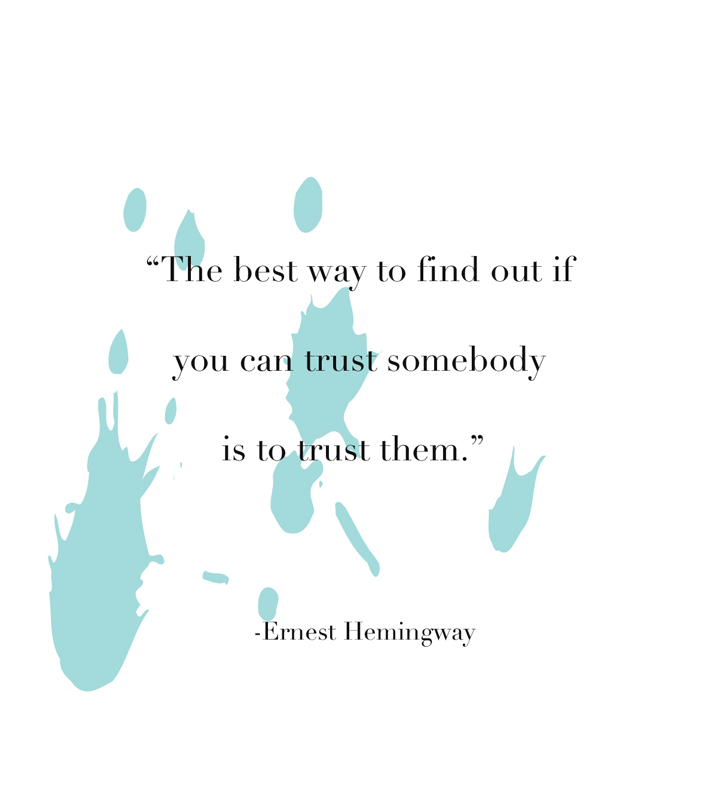 My friend was recently recounting for me the tale of how the colleague whom she had trusted and regarded as a confidant, had, if appearances were to be believed, been deceiving her and others at the company. The woman had left temporarily, she claimed, on maternity leave. It soon became evident that she had no plans of returning, and that, quite to the contrary, she had been planning to launch a rival business of her own for many months. The company samples she had taken home under the guise that she would continue contributing to the workload whenever she could were stolen–posted on a newly launched website. Many were my friend’s original designs. Design samples which, she had told my friend, had long ago been accidentally thrown away.

And the point of me sharing all of this isn’t really the story at all, but the statement that proceeded it.

“I learned my lesson,” my friend said. “You can’t trust anybody.”

When I heard those words, my heart just sort of sank. A vicarious heartbreak came over me akin to how I imagine parents must feel when the world wounds their child. Not because my friend is immature, far from it. She is remarkable in that she possesses this unsullied joyfulness and positivity that is, well, quite child-like–children having no reason to believe in the wicked spirits of the world; adults, knowing better. Though she is an adult, she has seemed always to have escaped adopting that jaded quality so many of us do throughout the years.

To hear her say those words, and with such finality at that, well, it was really quite depressing.

I was lost as to how to respond; I couldn’t truthfully invalidate her statement–I had learned that whole trust lesson the hard way back in grade school, and it’s left me cautious to trust others ever since. At the same time, I wanted so badly for her to be able to retain that childlike outlook on the world. I don’t remember what I said in the end.

That nugget has been simmering in my brain ever since, and then all of a sudden I made up my mind about the matter.

Being know-better adults, we must try our hardest to read people as accurately as we can, and to tread carefully when we sense a vein of dishonesty, that’s for sure. But after that? We’ve got to just give it over, whatever that even really means, and we’ve got to make a choice: we can choose to believe that all people have selfish, harmful intentions, or we can choose to say, “I will trust in this person’s good intentions until I have reason to doubt them.” Such thinking, I have decided, is not naive but optimistic, not deluded but resilient. 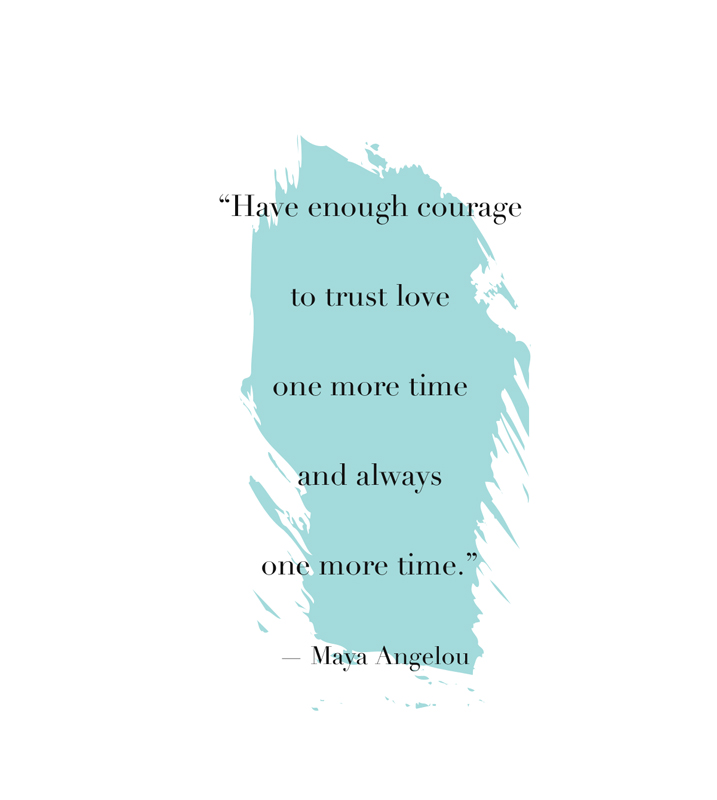 To live with constant trepidation about being burned by others may lessen the chances that we are, but it will always distance us from fully existing in the present moment. Trusting in others may incur momentary pain or confusion but will ultimately ensure that our ride is more joyful, overall.

After all, it’s our ability to remain open, despite having been hurt, mislead, or deceived by others in the past that makes us exceptional. It’s believing in the good in others and in the world, and trusting in that, that paves the way for all the good in the universe to flood into our lives. And mostly, it’s that the good we trust to exist in others is in direct proportion to the good we trust exists within ourselves.