Monday’s Meditation: On The Secret To Success 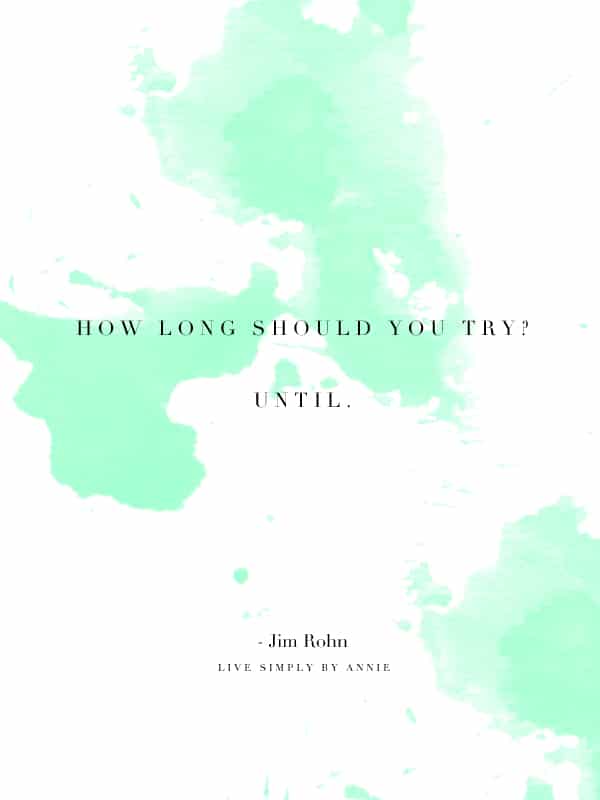 There’s this story I’ve been carrying around for the past couple months, unable to put to rest until I share it, I guess.

We were visiting at a relative’s house–me, my sister, my dad and my mom. My sister and I were arriving separately from our parents and when we pulled up, (fresh from having a spa pedicure date, mind you) we found our mom and dad stuck outside the house.

One is apt to find her, and him by extension, in any array of strange and unfortunate situations, but this one had portable ramp fail written all over it.

I might mention for the sake of clarification and to set the scene that it also happened to be pouring down with rain. Having my mom’s wheelchair climb the steep portable ramp on a clear day is feat enough. Asking it to gain traction with flood waters rising around it is quite another.

My dad was simultaneously steering the wheelchair’s joystick, trying to coax the thing forward, and managing to hold an umbrella out over my mom. It was a sight, really it was.

Before the tire met the curb, my sister and I were out of the car and tromping over to help. I should say flip-flopping over, because one of us that wasn’t her was still wearing the complimentary, paper-thin flip flop things they give you at the end of a pedicure when you show up sans sandals.

Probably my dad affirmed what we had ascertained, and then the three of us assumed the positions. Common sense told us that the three us of pushing from behind the wheelchair had to get it to budge.

Somebody counted to three. We leaned and grunted and heaved our body weights against that chair. Nothing. We straightened up, readjusted. I gave my feet an unfortunate glance as my heel and the baby pink whisper of foam beneath sunk ever so slightly into the soggy ground. “Toes still good,” I thought. “Let’s just make it out of this with polish in-tact.”

We tried again. And a third time. The wheelchair rocked forward upon contact only to drift back downward when we let up. It was clear we were getting nowhere, except more and more soaked.

My dad conceded, “Alright, somebody go call the police and tell them we need an assist.”

It was shitty, then. Before it was semi-funny even, but facing defeat it just looked sad. We were three capable, able-bodied humans, but we couldn’t get one exceptionally good-sported human up a damn ramp.

I went inside, threw off the paper shoes, which floated like disposable, pastel feathers through the air before landing on an unsuspecting dog, and shoved on a pair of legitimate sandals. I tucked my hair securely into the hood of my raincoat. I think I must have had some kind of 15 second spiritual regrouping.  “Pedicure’s gonna get screwed,” I nodded to myself. “Whayagonnado.”

I wanted to spare us that one police encounter (they’re really no big deal; police are just people and usually strong which is a bonus is such situations). But I just didn’t want us to have to do it. We were too close.

I went back outside, and, without thought, I said, “Let’s try one more thing.”

Maybe it dawned on me that our efforts to push the wheelchair up were failing because while they were helping to shove the big back wheels forward, they weren’t doing anything to help the two front, mini wheels get traction.

“Dad, you stay where you are and push from behind like you were. Doniele, you and I are going to come to the front of the chair and pull it towards us. Got it?”

I counted to three. He pushed while we pulled and wouldn’t you know it, the little wheelchair that could scooted right up that slippery ramp and into the dry house.

We didn’t talk about it after, because what would there have been to say? But in my head, those words I had said, that I couldn’t even take credit for because they hadn’t come from any part of my conscious brain, “let’s try one more thing,” echoed and echoed.

In reality it was just another MS hardship. But it also felt like this little perfect demonstration of what it takes to succeed.

1. Accept that you can’t do it alone.

2. Call in for reinforcements.

3. Admit when your way isn’t working.

4. Be willing to try a new approach.

Success almost always lies just beyond the moment when you’re most tempted to give up.