Monday’s Meditation: On The Time A Winning Raffle Ticket Convinced A Crowd That The Universe Has Our Backs 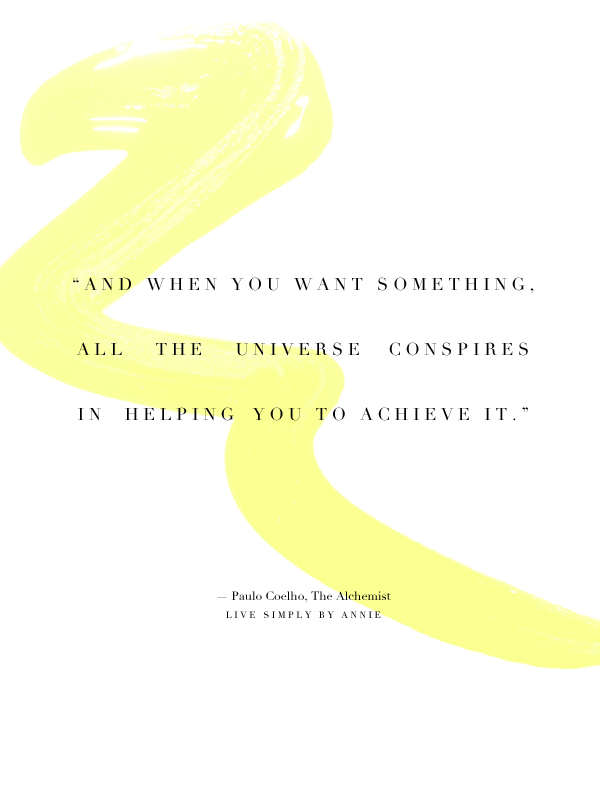 Last week, I was honored to speak on a panel of all female entrepreneurs for a sold out event at Lululemon. We talked about how we got started, the best advice we’d received, lessons we’ve learned over the years, and so on. It was fun and inspiring, and my fellow panelists had kick-ass answers that I loved listening to.

The talk was followed by a brief Q & A session, during which a woman in the third row raised her hand. She was wearing a striking, silver-gray hijab. It had a few subtle, crystal embellishments on the fabric above her forehead, and framed face her in such a way that the blue of her eyes glimmered.

“I just quit my corporate job of twenty years,” she said. “I’m finally going to go full-steam on a project I’ve had on the side for years–it’s actually making and selling hijabs,” she pointed up towards her head. “I’m wondering: what would you say is the first thing I should spend a couple thousand dollars on to help launch my business?”

The panel’s consensus was that she needed a website, and in order to fulfill that, she’d need great images of her work.

“Okay, that’s what I thought,” she said.

A few other people asked questions.

By this point, we had all started to get a little antsy and some got up to leave.

And then came the raffle.

Each of the one hundred and fifty audience members had been given a raffle ticket when they walked in the door.

I had contributed a Live Simply calendar, which was won by a woman who had, months prior, reached out to me seeking advice about organizing.

A Simply Real Health cookbook was the next prize, and went to a woman who proclaimed, “I was all ready to buy one tonight!”

The last prize was for a photo session with my pal and uber talented photographer Carina Skrobecki.

We pulled a ticket and read off the numbers.

No one claimed it.

It was the woman in the hijab.

The woman who had just quit her corporate job of twenty years to go full-time on her passion-project, who had shown up to the event, who’d been gutsy enough to raise her hand and ask, “what do I need to launch my business?” in front of one hundred and fifty people. Who’d agreed it was visual representation of her craft; and, after two tickets belonging to people who had just happened to have left early were called, it was she who held the winning ticket for precisely what she needed.

None of us could believe it. If we hadn’t reacted with such raucous disbelief, I do believe an entire crowd would have collectively gotten the chills.

So maybe there are coincidences in life. Or maybe, Paulo Coelho had it right: the universe conspires in our favor.