Monday’s Meditation: On The Importance Of Being Nervous 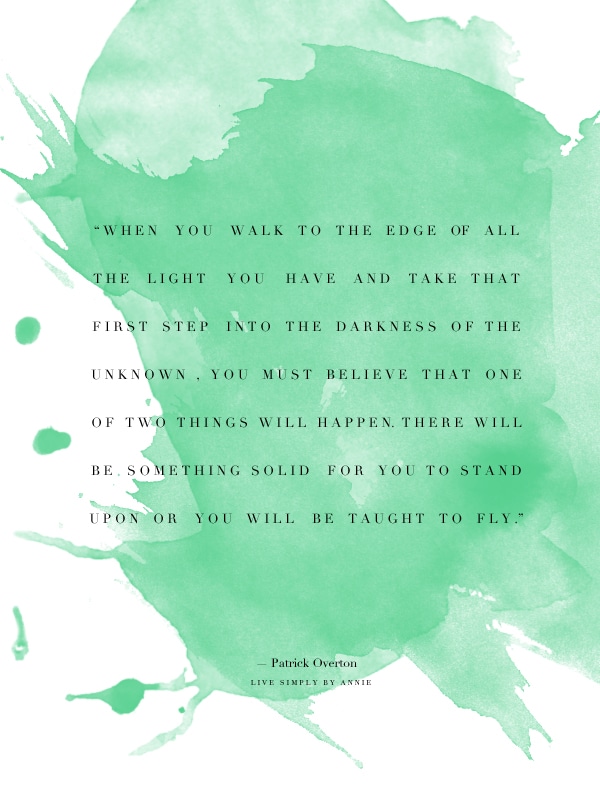 The other day my friend was updating me on her dating life. She had seen this guy a couple of times who, in true SATC fashion, sounded good enough on paper: solid career, supporting himself financially, just bought himself an apartment that he has plans to remodel (!). But there were turn-offs, too, the most notable to me being that fact she hadn’t been nervous at all before either of their dates.

“Right, I totally agree,” she said.

We talked my way up to the register and then said goodbye so that I could make it out to the car with my life and boxes in tact.

Later, I thought about the exchange again. I thought about how most important things to have happened in my life started, however briefly they lasted, with feelings of nervousness. I’m willing to bet the same is true for you.

By nervous I don’t mean fearful or anxious or filled with worry. There is a difference between anxiety and excited anticipation. Anxiety projects all the possible negative outcomes that might come as a result of your actions. Nervousness in its best sense is an indication that someplace inside you is aware of all the possible benefits that lay in store for you based upon your current situation. It’s an indication that you’re on the verge of something exciting, something new, something not yet charted whose inherent risk and potential gain thrills you.

If you want a fulfilling life, you need not only to welcome nerve-inducing scenarios but to pursue them with abandon. Being uncomfortable routinely, that is, challenging yourself to rise to new kinds of situations constantly in order to avoid that dreaded pit stop known as plateau, is not only advisable, but imperative.

Sometimes that moment of nervousness is fleeting; sometimes it only lasts a few seconds. But whether you felt it at all and how you proceed accordingly has the power to rewrite your entire trajectory.

Mostly, the difference between where people end up in life boils down to what they’ve pursued more vigorously: safety or daring. If you can learn to enjoy the passing nerves you’re destined to meet whatever magic lies just beyond it.

That nervous point is the line between what is now and what may be. It’s the closest we ever come to the future in that way, the moment in which we most feel our ability to powerfully shape our lives in exactly the way we desire.