Monday’s Meditation: On The Art Of Locating The Misplaced–A Study In Patience, Pragmatism & Faith 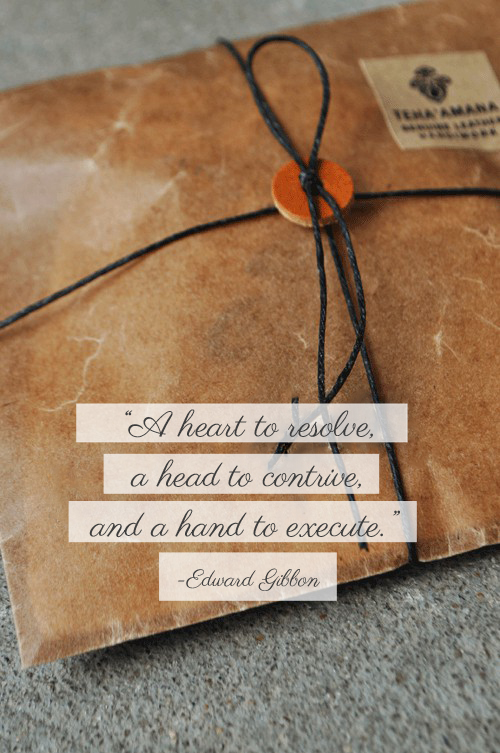 Two weeks ago I shipped my sister a birthday gift. A week and a half ago, when her package failed to arrive– and after being scanned into the track and confirm tool first as “Notice left (business closed) and then “Delivered”– I called USPS.

I opened up a case, was given a confirmation number (some letters and then the numbers 112122131) and was promised a call within one business day.

After two and a half days and not a word, I call USPS again, bully my way through the automated system, get connected to a human being who, after looking up my confirmation number, informs me that she has no information about the case, and that I should call a different number, the number of a local branch.

I call the other number and get no answer.

Call the USPS 800-number back.

Bully my way through the automated system for the second time that day.

Get connected to a real, live human being who, after looking my case up using my confirmation number, tells me to call a different number, that of a local branch.

I call the second local branch and bully my way through that automated system and finally get a hold of a real, live–oh my. Have I just phoned Bangkok? South Korea? The moon? I can’t understand a word she’s saying. I try. I strain my ears. I attempt to instantaneously adapt my hearing to whatever accept it is she’s working with. Then I relent.

“Supervisor,” I state, as I’ve been directed. She says more things I can’t make out and I repeat, “May I speak with the supervisor,” only this time more forcibly.

Finally, a man gets on the line. His accent is not quite as difficult to decipher as the woman who answered, but expressing myself still proves to be immensely challenging. He is in the habit of cutting off my every sentence before I have the chance to successfully articulate my point.

“I sent a package and I’m trying to track it down,” I say.

“Oh! You want to send package.” He says.

“Where you send package?”

“Confirmation number,” I almost shout. “Let me give you the confirmation number and see if you can locate it in your system. I was told by the people at USPS that you were the one who would have information-”

“The main number.” I feel my pulse quickening. My body is tense and my face is hot. I’m standing up and I don’t remember when that happened.

I take a deep breath that does nothing in the way of calming me.

I read off the confirmation number I’ve been given by the folks at USPS- the letters and then 112122131.

He looks it up.

“What address you send to?”

“I no have record of you. I don’t know why. You no here,” he sounds genuinely perplexed, as if he isn’t ready to give in the search.

I’ve ended the call before he’s had a chance to say goodbye.

At this point I’m nearing infuriation, although I retain my outward composure–it’s not in my nature to fly off the handle. Still, I’m at that stage where one begins to doubt the good of the human race, to mutter “bureaucracy” under one’s breath, not necessarily because one knows what it means, but because it feels right. The stage where one begins to expect that everyone one encounters will fail them, and where the temptation to verbally accost the voice on the other end of the line becomes increasingly difficult to resist.

I call the USPS 800 number back for the third time, feeling downright entitled. I explain the situation again. The heat of blood rushing to my face seems to have bombarded my voice as well. I say, “I want you to tell me where my package is. And if some other person at some other number is the one who knows, I want you to call them.”

“Unfortunately ma’am…” he/she (I can’t remember at this point) says, repeating some scripted lines. “You need to call the department of consumer affairs it’s 418-”

Now I’m considering becoming a recluse, thinking how you can never rely on another living soul to get a damn thing done, and how I would have been better off going to the trouble of hand-delivering a package to the other side of the country than to trust in the capabilities or helpfulness of another living soul. “Incompetents!” I almost shout to the empty room.

Call the department of consumer affairs. Bully my way through that automated system. Finally make it to a real live human being. I engage her in a verbal sparring match in as respectful and restrained a tone as I can muster.

She says, “I suggest your sister go to where she collects her mail-”

“She doesn’t collect it, it’s delivered to her.”

“Well she should go to the office her carrier works out of.”

“How is she supposed to know which that is? She doesn’t know her carrier.”

“Well she can call various ones in the area. That’s going to be your best bet. Talk to the branches near her and see if they can talk to the carrier and find out who delivered it.”

“But it wasn’t delivered.”

I end the phone call just as I sense I’m on the verge of really losing it.

Then I sit there.

I calm all the way down. My muscles relax and I remember that this is just a solvable problem; that it will be solved, even if it isn’t this instant. And even if it can’t be solved, it will be.

If, worst case scenario, the package turns out to have been lost forever, I’ll probably be compensated by the post office, and will go out and purchase some other trinkets to send to my sister, and life will be just fine.

I remind myself, too, that anger and hostility towards whoever I’m randomly connected with at USPS isn’t going to get me what I want. And that although they are affiliated with the group responsible for transporting my package, they themselves aren’t the ones doing the work– they’re sitting in an office, fielding my phone calls. I can’t expect the world of them. I can’t expect them to be anything other than human.

The trick in situations like this is usually just persisting until, eventually, you manage to get connected to the person who has the answer you need– a process which requires patience.

I tell myself that the worst way to go about getting that answer is to let myself slip into the mindset in which everyone I come into contact with is being intentionally unhelpful, seeking to sabotage my aims, or is altogether incapable of providing the necessary assistance. That the best–perhaps the only–way to get the help I need is to believe that people want to give it to me.

I think about the local supervisor again– something in his voice was so convinced he should have found me in his system.

I doodle over the confirmation number which is scrawled on the paper in front of me, accentuating the tails of each number.

And then something occurs to me out of thin air, and I can offer no logical explanation as to why it did.

I call the second local branch number back. The same indecipherable voice answers. “Supervisor.” I say.

The same man gets on the line.

“You just call before, right?” he asks.

“Yes.” I say. “I thought we might try something. I’m going to give you the confirmation number again, with one number different. Would you look it up and see if anything shows up this time?”

Somehow, we’re able to understand each other much better than during our first call.

The sounds of him checking.

“Can you see where the package is?” I ask.

“No, I can’t see. But if it was deleevered, she should talk to supah. Sometimes supah will take package. You think she got supah?”

“I don’t know. I don’t think so. I really think it’s an error in the system; that it hasn’t been delivered.”

“Okay. And then you can tell them where to deliver it?”

“But you’ll call them to find out if they remember anything?”

“But I try my best to find out before we close. Otherwise, you got to call tomorrow morning.”

“Okay,” I say. I understand that he is willing to help me but that he is limited, just like anyone else. That his isn’t just some disjointed voice from out of the abyss that I may demand things of, but that of an actual person standing in an actual post office somewhere. A man who is in a position to solve my problem when I am not. Who will try his best, on my behalf, which is all I can really ask.

“But I try to find out before I go.” He repeats. “I call you back. But I can’t promise I know anything.”

Not six minutes later I get a voicemail, “Hi! Annie. This Kan Woo. Yeah, I got package. Call me back as soon as you can. Call me back because we going to close.”

Don’t have to tell me twice, Kan Woo.

I call back. He answers.

“Yeah! I found it. It was here on shelf. Oh, this your handwriting?” He asks, evidently examining the box.

“You use marker, that’s good, but next time you got to write more clearer.”

“Okay, Kan Woo. I promise I will,” I say with earnest.

We make arrangements for my sister to pick up the package.

“Thank you so much. I’m really grateful, I mean it,” I say to the man I can’t see but know is there.

“Have a good weekend.”

“You too. Thank you so much again, I’m can’t tell you how much I appreciate it.”

And then two human beings hung up their respective ends of the telephone line and went on living their lives, feeling rather good. Rather full. That feeling that comes from two people joining forces in pursuit of a shared goal. That feeling when one connects with another random person in the world and finds they, too, are good-hearted, decent, and utterly capable.

P.S. Hope you like your frickin birthday gift, sis.