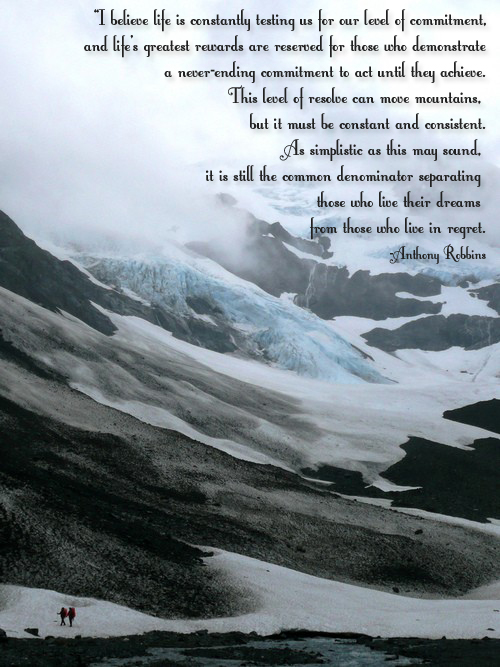 It’s nearly the new year. As we move from one completed cycle of months into the next, our inclination is to review what has transpired and to attempt to predict and prescribe what will soon occur.

It is a most clarifying time for so many of us. For some, it is one of the few moments in which it is possible to observe oneself from a larger perspective; to distinguish where one has been lacking, the times one has erred, and then, in turn, how one hopes to guard against such behavior in the future. And this practice we have taken to calling “New Year’s Resolutions.”

According to historians, the tradition of making resolutions at the start of a new year began with the ancient Babylonians as early as 2000 BC. To inaugurate the spring and autumn equinoxes, Babylonians would promise their gods that they would pay off debts and return borrowed goods.

All it took was a hop, skip, and a few thousand years later for me and you to find ourselves accosted by the collective brandishing of the NYR’s. It is seemingly inescapable: every magazine cover on the newsstands proclaims in bold-faced captions things like, “The 5 Most Important Resolutions You can Make!” “Resolutions: A Whole New You!” “How Your Resolutions Can Change Your Whole Life” “Exclusive Interview With Kim K: The Resolutions She Intends to Keep!” “HOW TO KEEP YOUR RESOLUTIONS ACTUALLY THIS TIME WE SWEAR.” And it’s not just there of course. It’s on the lips of every talk show host, it’s in the body of every tweet, the subject of every blog post (this one doesn’t count).

It isn’t the urge for self-improvement that turns me off. It is the fad, fevered nature about the whole thing that causes me to want to roll my eyeballs a couple dozen times. It is the understanding that we’re all talking about something we all know better about; in our colloquial use of the term, “resolutions” are not merely decisions to do or not do something. Rather, resolutions have come to mean the ridiculous expectations that we know we won’t actually achieve or hold ourselves to. A “let’s see how long this lasts, self,” snicker snicker type deal. I refer here to the tweet that popped up on my twitter feed mere days ago. “Looking forward to eating healthy for the first 3 hours of 2013,” it said.

I know that the time of new year’s resolutions is one on which I should be capitalizing. So many people’s lists of resolutions include getting organized, after all. Thing is, I just can’t do so in good conscious, at least before addressing my concerns. That is, the way we’re going about forming resolutions is dangerous and it’s doomed.

To reach a decision to change one’s behaviors, one’s lifestyle, one’s priorities is a serious undertaking. It is hard to change. That is something on which I’m sure we can all agree. It is so, so difficult to begin being in a different way, whether you extricate some element from your life, or you add one in. If it requires energy, if it diverges from our ingrained tendencies, you can bet it’s going to be tough.

But it’s possible, for all of us. Which is the most thrilling part of it all. Each one of us is capable  of being the best version of ourselves most all of the time, capable of constructing joyful, fulfilling lives.

But it has to come from somewhere deep within us, that decision. It has to have been actively brewing and stewing in there, growing more impatient over time until it reaches a boiling point–that point being when so ever it happens, and not necessarily on schedule on Jan 1. We have to own that decision like it has been written on our insides in ink. It must be wholly our own. Which brings me to the doomed aspect of new year’s resolutions.

While in most cases the rule is that the greater the numbers the greater the strength, I’m afraid that when it comes to resolutions, the group approach is ultimately undermining. By making new year’s resolutions in today’s world we’re buying into a trend that doesn’t really feel as though it belongs to us in the first place. It isn’t coming from within, but being spurred on from without. The two are not mutually exclusive, I admit, but the interior relationship to the decision must be the stronger force if it is to succeed.

Each time we proclaim a resolution we inherently propose a challenge to our wills. And each time we fail to follow through, we begin to believe in our will power a bit less than we did before, as do the people around us. We have been the boys and girls who have cried resolutions. We have made a mockery of an endeavor most noble in nature.

This entire essay has certainly not been to dissuade you from bettering yourself by way of making resolutions for change. I cannot encourage you all enough in that respect. Instead I attempt to draw your attention to the way in which new year’s resolutions have been abused, tossed around, walked over, and used as a rag to wipe up the dirt from the past year.

We won’t do it that way. We won’t do it hitching a ride aboard the resolution express, a borrowed vehicle that we have no ability to steer. There, passengers exchange resolutions like pleasantries. Overhearing one man mention his resolution to his neighbor, a lady thinks to herself, “that sounds like a good one, I’ll give that a go, too.”

We won’t do it if we don’t believe in our ability to change. If we’ve failed to uphold past resolutions so frequently that we have no faith they can actually be achieved.

If you want to make a resolution or two or three this year I say do it. There is so much potential in the clean slate of a spanking new calendar year. But don’t be easily influenced when it comes to making your resolutions. Don’t announce one out of the blue, the desire for which hasn’t been viciously brewing away inside you for as long as you can now remember. Don’t set yourself up to fail.

Instead of focusing on “new year’s resolutions,” focus on this:

– Reserve. Reserve making resolutions until you are sure as heck-fire ready to do whatever is required to see them come true.

– Reflect. Wait three minutes to announce your list of resolutions on your social media platform of choice or to your friend or your dad or your dog. Get quiet with that would-be decision. Close your eyes. Feel for the fire, the certainty which will tell you that you have arrived at the point of finally being ready to change.

– Resolve. Forget “resolutions,” which our lexicon has been so greedy in using up and tramping over and employ instead its abbreviated form, “resolve.” There is so much strength wrapped up in that word. To resolve is to decide so steadfastly, with such a titanium will that nothing and no snowy day or vat of ice cream or old boyfriend could begin to attempt to breach.

– Reinforce. It is not sufficient to merely arrive at the announcement of a resolution without also providing yourself with the reinforcement of a plan. A decision is meaningless if is it not coupled with the steps that must be taken in order to see that decision realized. You are prepared to make a resolution if and only if you are equally ready to render a plan for fulfillment.

In the past year we have handled situations poorly. We have handled the same types of situations poorly in the same ways four times over. We have been impatient, we have been lazy, we have lost sight of our priorities. We have disappointed others but we have disappointed ourselves. And now we are left to analyze the way it all went down: I don’t like how I handled that. I don’t want to be that way. I want to change.

I urge you all to give that inclination its due respect. It is the best aspect of us, after all– the striving to be better than we have been. Don’t belittle it by allowing yourself to get swept up in the unrealistic, fleeting, fad-driven ways of the over-hyped, watered-down, new year’s resolutions. Honor it. Inscribe it on your heart, and feel it with every fiber of tendon and solidness of bone:  I am ready to change where before I was not. I will change in this way. And this is how I will do it.

P.S. Truly not as a way to peddle my goods, but because I believe it is the most helpful way I could comment on the matter, please feel free to read the related Monday’s Meditation: On Self-Discipline if you are so inclined.