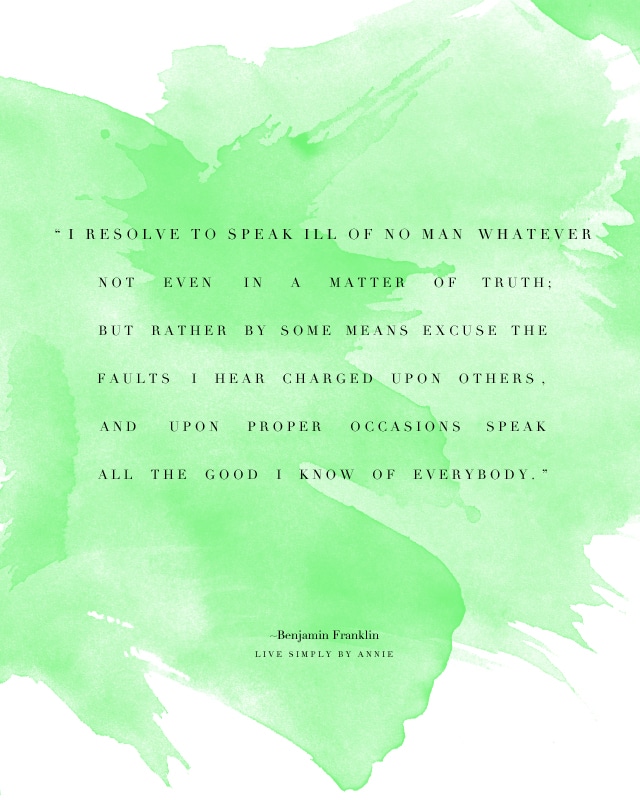 Recently, I heard concerning and altogether unfavorable sentiments said about a person with whom I’ve fallen out of touch but still care deeply for.

I didn’t solicit for this information, nor did hearing it give me the slightest sense of schadenfreude. In fact, I wished I’d never heard it at all.

Since it would no longer be appropriate for me to pick up the phone all, “heyyy, can you clear a few things up for me?” I was left instead to ruminate somewhat irreconcilably on the information.

Maybe a more enlightened person would have dismissed the rumors faster–would never have taken them in to their psyche to begin with. Only, they didn’t seem all that implausible.

What unsettled me was how discordant these rumors were with the impression I upheld–uphold–of this person. They described not the person I knew, but an uglier version.

And then I realized: true or false; no matter.

The old adage about there being two sides to every story remains as true as ever. We can’t take any information at face value without first giving proper consideration as to the source from where we’ve heard it.

Since everyone is carrying around their own set of motivations, insecurities, and spiritual and emotional alignment, we are rarely relayed fact, but one’s version of it.

(Objectivity is really a scarce commodity, when you think about it.)

Information from others comes through them, meaning they’re relaying the tid bits they found most important, communicating in the manner they know to be most effective, and highlighting the points that most prove their perceptive of reality to be true.

And when you put a negative slant on that process, the possibility for skewing and exaggerating increases.

It’s like that old game where you sit in a line and the first person whispers a phrase into the ear of the second. Down the line you go until you get to the end; the delight comes in the final person announcing what they’ve heard–a phrase that’s almost guaranteed not to match the original one. The larger the group of people, the more the phrase changes.

Beyond avoiding gossip and rumors to the best of our abilities, our responsibility as mature, non-judgmental people is to remember that everyone has a distinct set of motivations behind their actions–behavior that regards others being perhaps even more revealing than behavior or utterances about self.

Our responsibility is to surround ourselves with those people who we believe most accurately perceive the world; people whose opinions we can most trust.

Our responsibility is to not allow ourselves to be so easily swayed in opinion that a passing remark trumps years of firsthand knowledge.

And besides the fact that our judgments about others are ultimately our burdens to bear, and therefore what we believe about an individual is entirely our own problem, there is the undeniable fact that people can and do change.

Where someone started or the low point at which they once existed does not determine their character. A person’s character is determined by the very measures they have taken to rebound or to achieve a state of health and vitality.

So un-thank you for the scoop; I’m going to go on holding this person in high esteem. Because I choose to put my trust in what I saw and see over what I’m told. Because I choose to subscribe to the belief that even if those negative things were once true, they’ve been long-superseded by better, more prosperous facets of personality. Because oh yeah, it’s none of my business, and if dismissing dilemmas without having to solve them because they aren’t pertinent to me isn’t the definition of Live Simply, well, I’ll be.