Monday’s Meditation: On Making A Case For Mondays 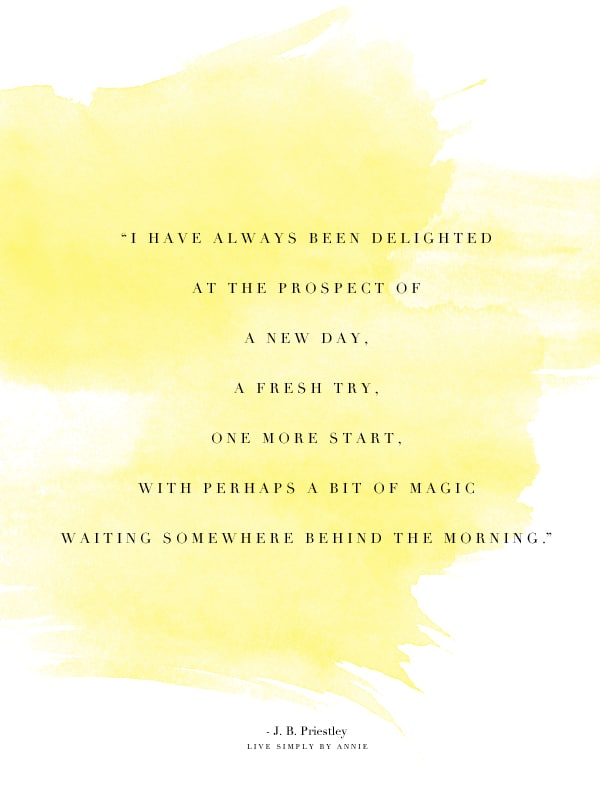 I remember when I first started writing this blog way back when, it felt to me as though my readers indulged me my Monday posts. They (you?) were like, “I love the blog posts with all the pretty pictures!! …Those Monday posts are long…”

I didn’t care, truthfully, because the decision of whether or not to write a weekly post that was deeper, and more abstract than the rest of the week’s posts wasn’t ever really one for me. It was a given before the blog was born.

Now, much to my surprise and delight, Monday’s Meditations seem to be people’s favorite posts. They’re the ones people consistently reference in their messages to me, the ones people tell me they read without fail.

There’s a cultural notion that we’ve all bought into–that Mondays are more akin to punishment than to actual days.

If days of the week were kids getting picked to play team sports, Monday would be last-drafted, no doubt about it. In the end, the two captains would rock paper scissors over which team would get stuck with him, while the rest of us shouted, “UCH, MONDAY, NO ONE WANTS YOU ON THEIR TEAM. GO DIE WHY DON’T YOU? GO PLAY IN THE SAND BY YOURSELF, JERK-BRAIN.”

Why do we abhor Mondays as we do? Because we have to wake up earlier, respond to messages, and tackle our responsibilities.

The carefree vibe we happily settle into by Sunday afternoon is pulled out from under us by evening, and slaps us across the face come morning.

There’s something that Monday’s got going for it, though. A special gift that no other kid on the field has. If we’re wise players, we’ll notice it before it’s too late.

Monday is a beginning. A Monday is a powerful invitation to begin, all over again, every time.

If external invitations to start over weren’t as effective as they are, then New Year’s Resolutions might have a small, cult-like following, not a global observance that acts as the catalyst for massive lifestyle changes, fueling of economies, and so on.

We rely on external beginnings to propel us forward, yet, with each week, we seem to overlook Monday’s undeniable beginning point.

We spend Mondays, instead, suffering the loss of our weekend, glooming over the work that’s headed our way.

In reality, Mondays are a chance to let go of whatever has happened before. They’re an opportunity to set the tone for the new week; to change, to improve.

Mondays are when we might be most effective, if we choose to be. Since (hopefully) we will have refueled over the weekend by slowing down, by spending our hours in leisure, we come to our work on Mondays wholly more equipped to conquer; our eyes keener, our tank full.

I say it’s time for us to stop dreading the Mondays and start embracing them. Or, at the very least, start trying to use them. Werk the Monday, know what I’m saying?

It’s my hope that these Monday posts I write help you to do just that–to begin your week with a bit of insight, or a dose of positivity, or a really empowering no-bullshit dispatch.

Because the truth is, this is your life. This is mine. This is ours happening now. Moments passing so painfully quickly that years from now we will wish only that each day had lingered longer, whatever day it might have been.

Let’s stand up on our two feet and blink the sleep from our eyes; un-learn the dread we have for any day in which we get to be alive. Let’s see today, Monday, for what it is: another magical chunk of hours wherein we have the blessing of creating whatever reality we desire.