Monday’s Meditation: On Integrity In The Modern Age 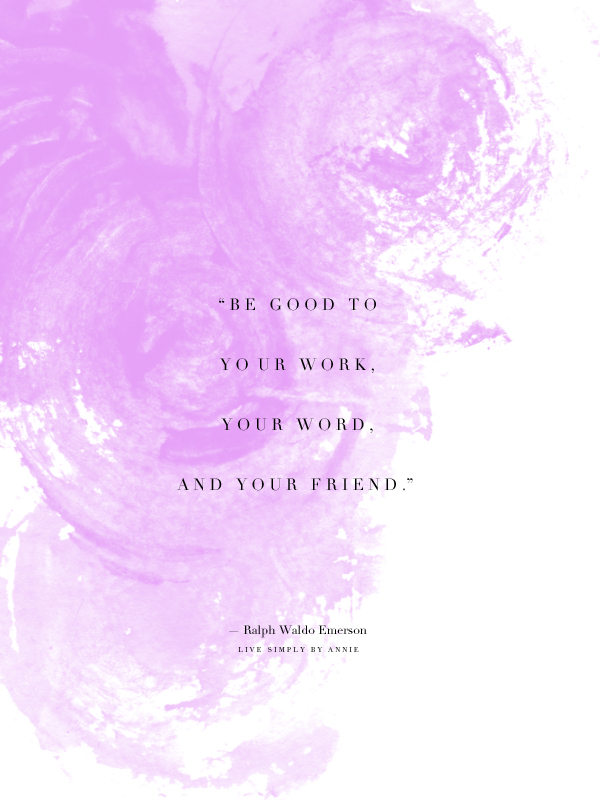 The truth has a way of coming out in the end. We’ve seen it demonstrated time and time again.

Affairs exposed. Corrupt dealings caught. Compromising images and statements brought to light. Catty emails meant for one colleague sent to entire companies. Petty messages accidentally sent to the wrong recipients. These are the ways people are brought down respectively from wherever they’re positioned on the societal ladder.

Ironically, it’s the very nature of technology and the way it has enabled the exposure of meant-t0-be private transactions that we can thank for encouraging true integrity. After all, those hacks and screenshots and so on remind us of the fact that we all need to be a little more thoughtful about our words and actions because privacy these days isn’t quite guaranteed. The words we transmit are like bread crumbs leading back to us and our true characters forever after.

This begs the question: what kinds of things are you putting out into the world? (Make no mistake about it: things said or typed to one person are no less admissions to the universe as announcements made to a packed auditorium.) If, let’s say, you happened to leave your phone behind somewhere, and a stranger picked it up and scrolled through its contents hoping to identify you, the phone’s owner, what would that person deduce about you based on private messages, emails, and more? And, possibly more precarious: what would happen if the person who retrieved your device was a friend? A colleague? A partner?

The goal of this line of questioning isn’t to make you all paranoid; integrity predicated on a Truman Show-esque fear isn’t integrity, at all. It’s placating. Politicizing. It’s wanting to ensure you’ll look good with your pants down, should you ever find yourself in such a compromising position.

We need not only to take care with what we transmit, knowing that the instant we do, those statements are no longer contained. We need to behave in such a way that acknowledges that what we say has consequences, full stop. That what has the potential to hurt us and our reputations and relationships were it to be discovered hurts us from the instant we say, type, or do it.

I hope no one ever inadvertently or on purpose reads, sees, or even overhears that which we thought we were expressing in private, least of all because the amount of emojis found to be used would be embarrassing. And, I hope we understand that whether or not what we say or type is ever intercepted, it matters. We’ll know, after all, and those among us who don’t realize that our words and behavior shape our reality would be wise to return to Life Truths 101.

This is a universe of cause and effect. Toxic, petty, slanderous, and unkind expressions will result in equally negative circumstances. What we put out comes back to us. Even if it’s in another form. Even if it’s later on down the road. And even if only we and a handful of other people ever know.

Let it not be a choice; let us Simply be of Integrity.