Monday’s Meditation: On Having The Desire 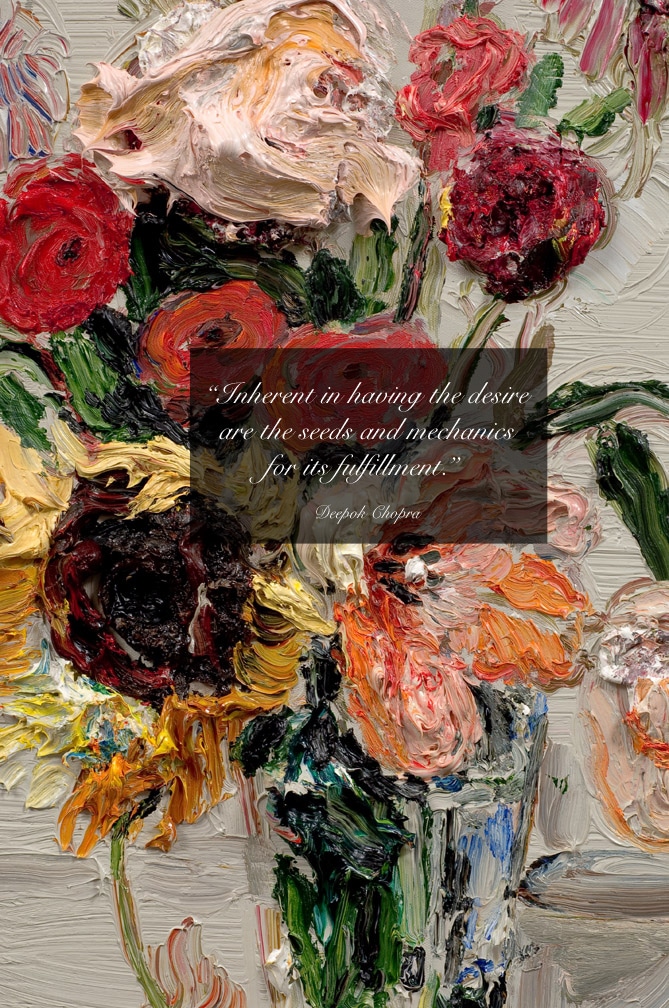 Yesterday I was listening to someone describe his ultimate career vision. He possessed no real clarity about what the precise structure of it would be, he had, at best, only a general concept of the activities the entity would engage in, and he had no sense of the actionable steps required to bring this firm to fruition.

All he had was a name. He had a name that he’d been carrying around in his head for a couple years without any knowledge as to why. This name for an entirely abstract idea of a company that doesn’t exist at present. Yet, it’s a name that feels as clear and definite for him as his own, as if this would-be firm could never use any other moniker. So he has a name. And that’s all he needs.

No one has all the details in the beginning. Nobody can claim to have possessed the knowledge of how their vision-nugget would ultimately evolve at that nugget’s inception. It doesn’t work like that. We can’t know what we don’t yet know.

But if there’s a nugget, if there’s some strain of inspiration, some detail, however disjointed from the rest of the picture, there’s enough. There’s enough to know that somewhere inside of you is a lingering desire. Even if it doesn’t make any sense to you, which it hardly ever will. If there’s a pulling, a quiet knowing, a curiosity that won’t quit, if there’s something that triggers your intuition, you’ve just got to go with it.

You might not have all the pieces by next Thursday or seven months from now or even ten years. That’s okay. If it’s inside you, it won’t dissipate. Rather, it will grow ever stronger and clearer and full of knowing until it bursts forth in all its magnificence, this notion you’ve been carrying around inside you for however long, biding your time, observing, refining.

If there’s a calling, you’ve got to listen to it. You don’t have to act right away, but you should pay attention. Monitor, consult with it over time. Above all, trust in it. These kinds of things rarely lead you astray.