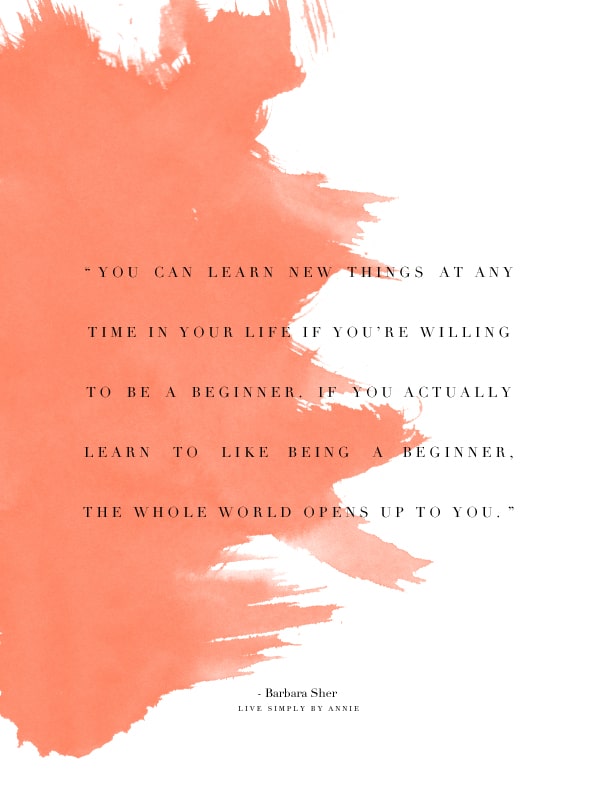 Beginner’s luck is really just the best, isn’t it? I mean, what’s better than the realization that you’re brilliantly skilled at a niche hobby or sport you’ve never before attempted?

What’s the score? I’m winning by that much?! I’ve never even played this before!!

I guess, technically, beginner’s luck is the best for the beginner, and fairly infuriating for every practiced loser in attendance.

Away from the poker tables and the golf tees, beginner’s luck is rarer. In life, we play the bumbling idiot far more commonly than we play naturally talented first-timer.

Almost all first iterations of anything are pretty much bound to suck.

It doesn’t matter if the first time go around concerns sales calls or speeches or marketing campaigns or social interactions. If we’re not practiced, we’re flustered. And if we’re flustered, we’re not at our best.

Wanting to get it just right on the first try–expecting to–we will undoubtedly descend into the depths of analysis and criticism thereafter. We’ll play and replay the moment or decision or series of events in our minds, seeing it from this angle and then that one, each time noticing some remark or choice more horribly uncouth than the one previous.

The agony! The anguish! The un-lucky, unfairly unprepared plight of being a beginner!

Soon, though, we’ll have to decide whether or not to get back up, to move on with our lives, to stop torturing ourselves.

We’ll have to decide to accept the blight of imperfection on our life’s resume:

We’ll have to decide to forgive our own beginner-ness, and the only way to do that is to tell ourselves:

It was my first time.

Next time, I’ll do better. Because it won’t be my first time.

Thank your lucky stars you got the requisite first-time out of the way.

Think how lucky you were not to have bumbled it even worse than you did. I mean, it could have happened in front of or with the president! (Can you imagine the first time embarrassment equivalent to being caught picking your nose at a stoplight by…the president??) Or like, The Olsen Twins? Or: your entire high school class??

Think how lucky you are to have the chance for a do-over. For another opportunity to try to hit that nail straight on the head.

Because life is really a process of refinement, and if you play a perfect game the first time, where’s the eagerness to play another round? To prove to yourself and others your true potential?

See, initial flubbing or even failure is its own sort of beginner’s luck.

The only thing better than beginner’s luck is an insightfully refined, uber focused second attempt.

(and third and fourth and fifth and–)

Either way, you win.