Monday’s Meditation: On Doing It How It’s Never Been Done 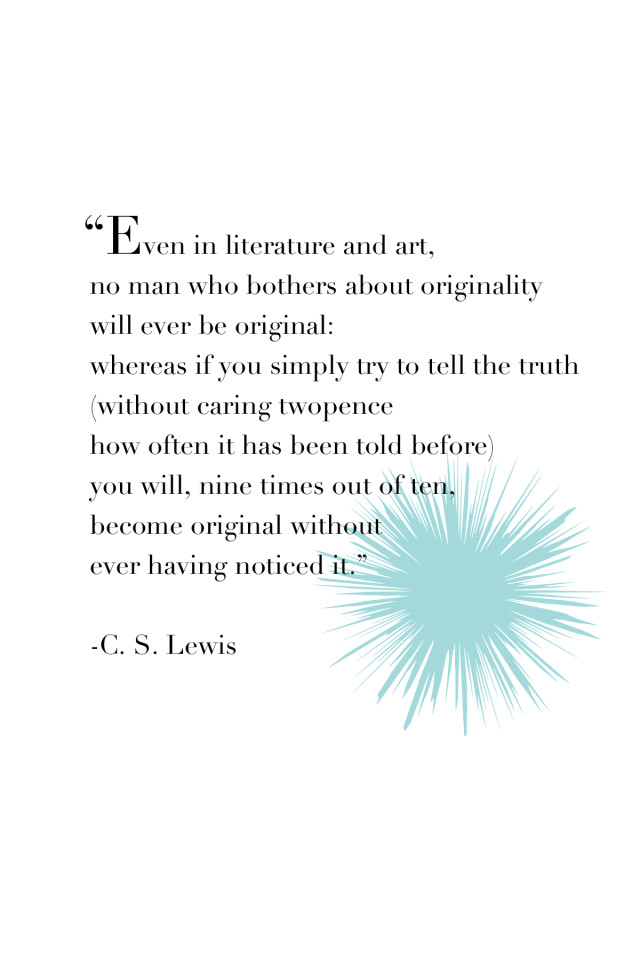 Everything has already been said.

Every subject already written on.

Every creation already made.

One might argue such things, and certainly some have.

There are no new ideas, some say. There is no new art. There is only observing, processing, and copying–reproducing with individual flair, an additional bent.

The exceptions are, well, so exceptional that they spawn no less than a revolution: Henry Ford and Alexander Graham Bell, Johann Gutenberg, and Levi Strauss, the Wright Brothers, Tim Berners-Lee, and on. What they created, no one can deny the innovation of.

It might feel daunting to aim for the world-changing ways of the greats, but remember that they, too, were merely people like you who excelled at, among other things, unapologetically pursuing that which they felt called to.

It has never been said exactly as you will say it.

It has never been written exactly as you will write it.

It has never been made exactly as you will make it.

It couldn’t have been.

You are a singular entity; no other person has or will ever be quite like you.

Try for a moment to disregard the notion of pre-established techniques, styles or schools of thought, and free yourself to tap into your special flavor of genius.

When you do, you eliminate the worry that you’re doing nothing more than contributing to an ever-growing mound of repetitiveness.

So say it precisely how it’s true for you.

Write it with words that flow through your tender heart, which pump steadily closer to the surface with each purposeful thump of your pulse.

Make it with fingers that surely impress your un-duplicatable prints into the very structure of the thing.

As you do, you will feel your limbs hum with the unmistakable excitement of being, of contributing to the great masterpiece that is everything, and of making things that are, if not new, perfectly unique.

If it does not change the world, it will at least help to heal it and that’s (don’t you think?) a kind of changing it, too.