There are loads of organizing products that you see around, and which you dismiss the usefulness of until you try them for yourself. Such was my relationship with the magazine file up until a year or so ago.

At first glance magazine files appear as nothing more than a poorly constructed box, perhaps a piece that was halfway through its process to become the home for a bag of cereal, but which was diverted before completion. 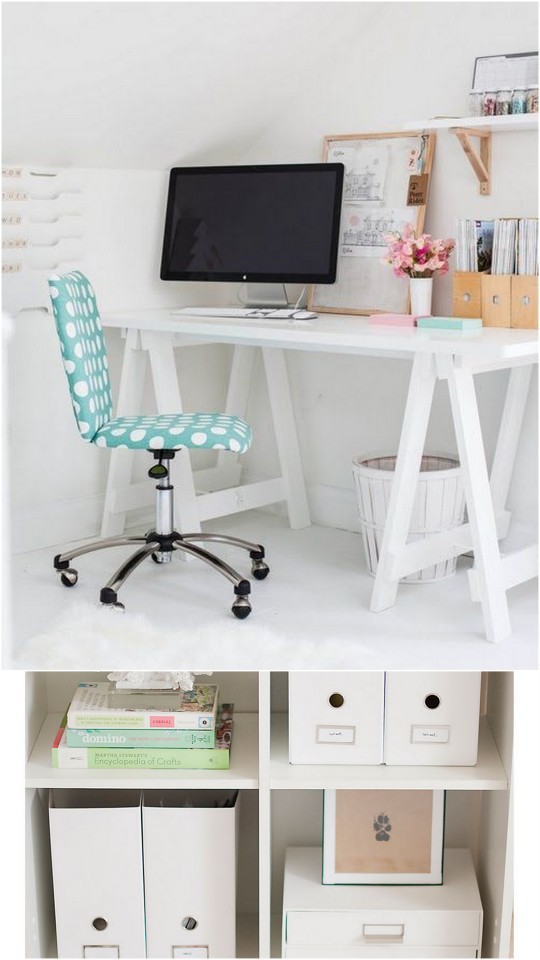 Upon closer inspection (and experience) magazine files are, indeed, quite useful. Living up to their namesake (which shouldn’t be taken for granted– one of my clients recently informed me that experts claim duct tape works for just about everything, except for repairing ducts), they are perfectly constructed to store magazines. This is helpful especially because stacks of magazines aren’t sturdy, and would flop and slide all over the place were it not for a file to hold them in place.

While they certainly won’t suffice for proper paper filing, they’re a much more convenient solution for stray torn out magazine pages, thin folders and notebooks than other office counterparts, including: accordion files (which I never can decide whether I like or absolutely detest, but more on that later), file boxes, and so on. 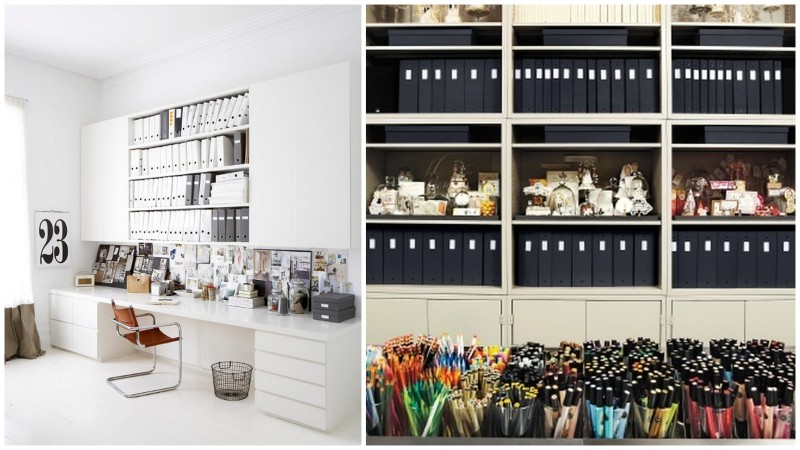 As their width can accommodate thicker bunches of paper, they’re also a great solution for things like owner’s manuals, warranties, design catalogs, take out menus, etc–all things that would have a standard folder in your filing cabinet bursting at the seams.

Magazine files also function strictly on an appearance level as well. Truth be told, all those miscellaneous papers and publications look messy when placed directly on a shelf. The edges of those articles you tore from last month’s House Beautiful are ragged, your notebooks from college are wrinkly (the result of being rained on by disillusionment most likely), the magazines are taller than the catalogs are shorter than the calendars and yadah yadah, yadah. Even if you stack them neatly, they still inevitably look sloppy. But hey, throw some magazine files in the mix and you get not only increased categorization, but also the effect of visual uniformity. Ah, the uniformity. 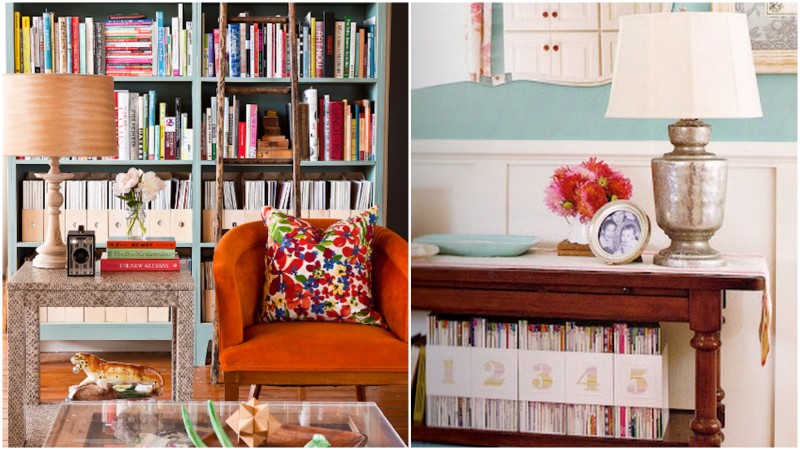 I use them personally for holding a few stray folders that aren’t especially attractive to look at; hiding behind the cover of the magazine file, I’m left with a clean canvas rather than a whole bunch of plastic and paper and whathaveyou.

But hey! They’re not just for offices, there’s a whole bevy of uses for magazine files, among them, clutch storage! Innovations, I tell you. 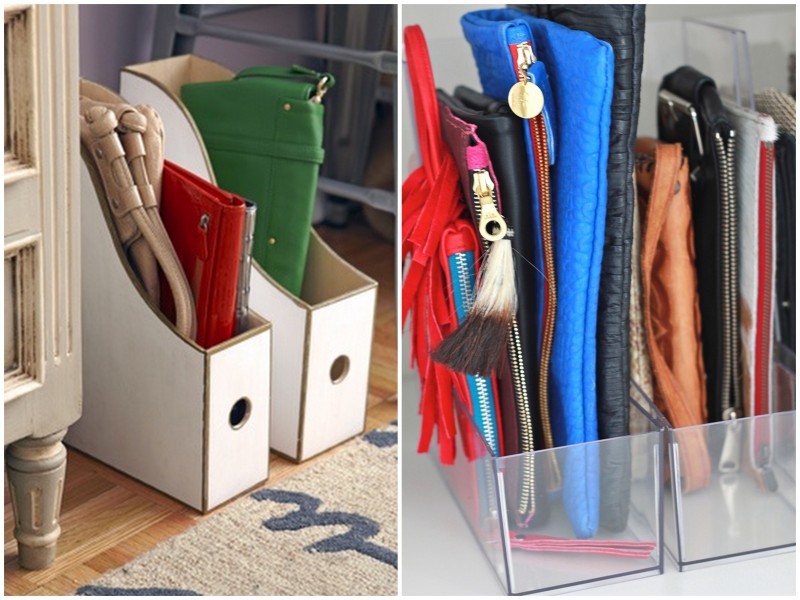 So that’s the low down from Live Simply. Now you tell me what your thoughts on the magazine file. Or on anything else for that matter. Just let ‘er rip. 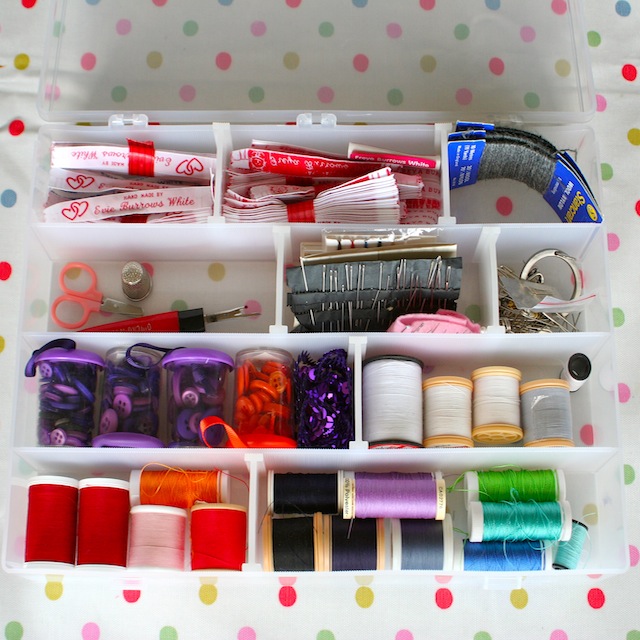 And while you’re at it, scamper over to Modern Parents Messy Kids, where my latest post is live– an expose on sewing kits and spare buttons, it’s riveting stuff hey.