Please permit me, if you would, to present you with a few shots from a recent client project.

My client’s daughter’s rooms needed a bit of de-cluttering and straightening, as children’s rooms will. While they’re young enough that their mom still has the right to executive decision, we were conscious that we needed to streamline without trampling on the girl’s individuality, expressed by way of shelf knick knacks, picture frames, prized possessions. [Side note: small people’s rooms are filled with the strangest creations. Whatever you may mistake for trash may actually turn out to be the most valuable object in the room.]

So, in the first room:

I started by straightening up the bookshelves, which, like a made bed, always makes a room feel neater. 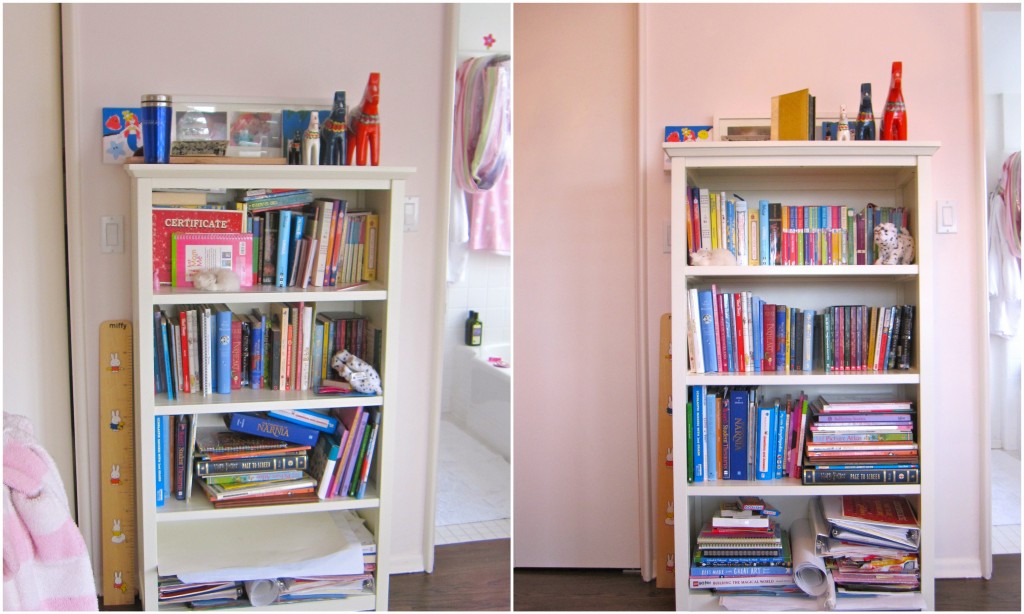 The corner of the room and along one wall was strewn with dolly things: dolly clothes, dolly shoes, dolly games, dolly hangers for dolly clothes, and so on. The large trunk, which was providing the majority of the storage space in the area, was occupied with dress up clothes which my client informed me had gone by the wayside in the wake of the dolls.

That was a no-brainer. I transfered out the dress up clothes, relocating them to a play room, and situated the dolly accessories in the trunk. That cleaned up the corner nicely (apologies for the miserable lighting in some of these shots). 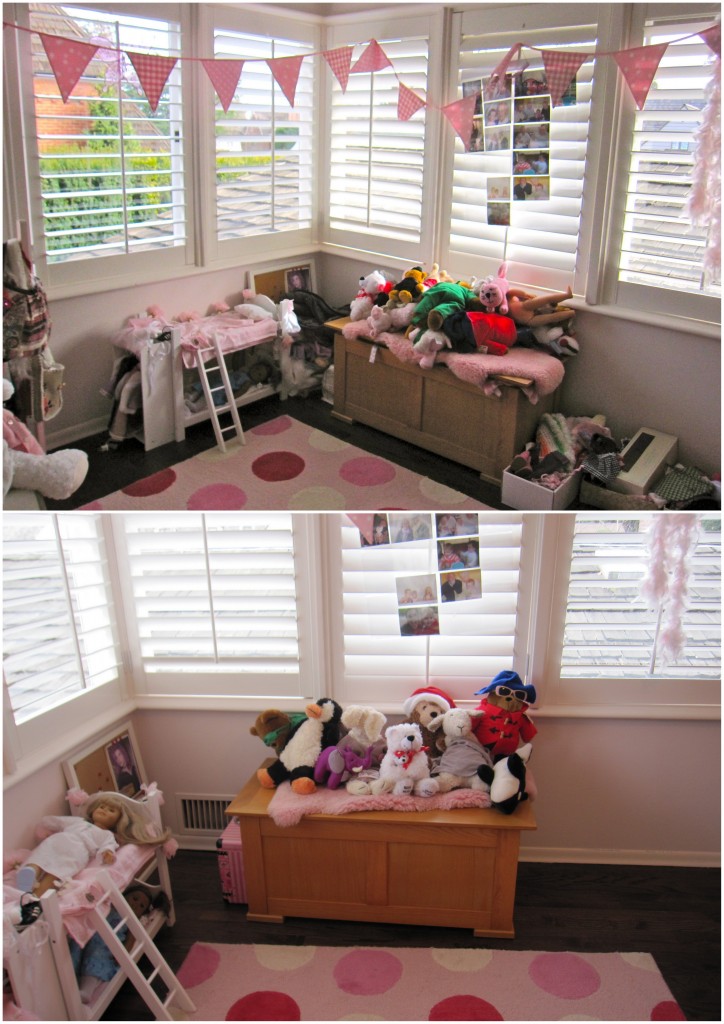 Also taking up floor space were many bags– children get given so much crap, have you noticed? Goodie bags and gifts and they’re just like “I’m seven, I don’t know what I’m supposed to do with all this!”

So that got handled (the majority of it was garbage/ giveaway anyway). 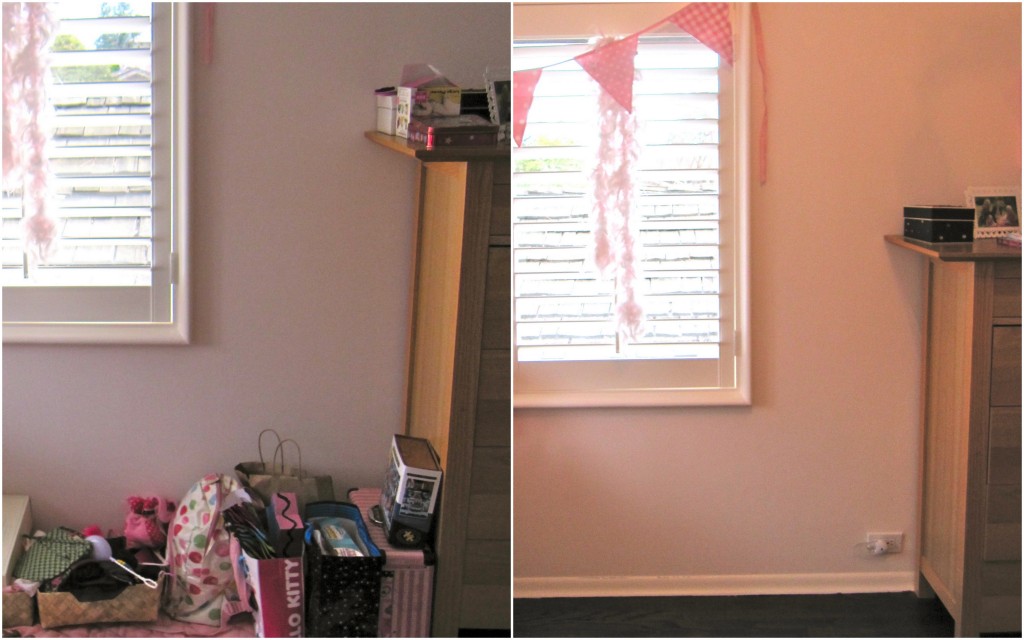 Onto the second room.

I began by reducing the amount of things cluttering up various surfaces around the room, while still preserving the most precious objects. 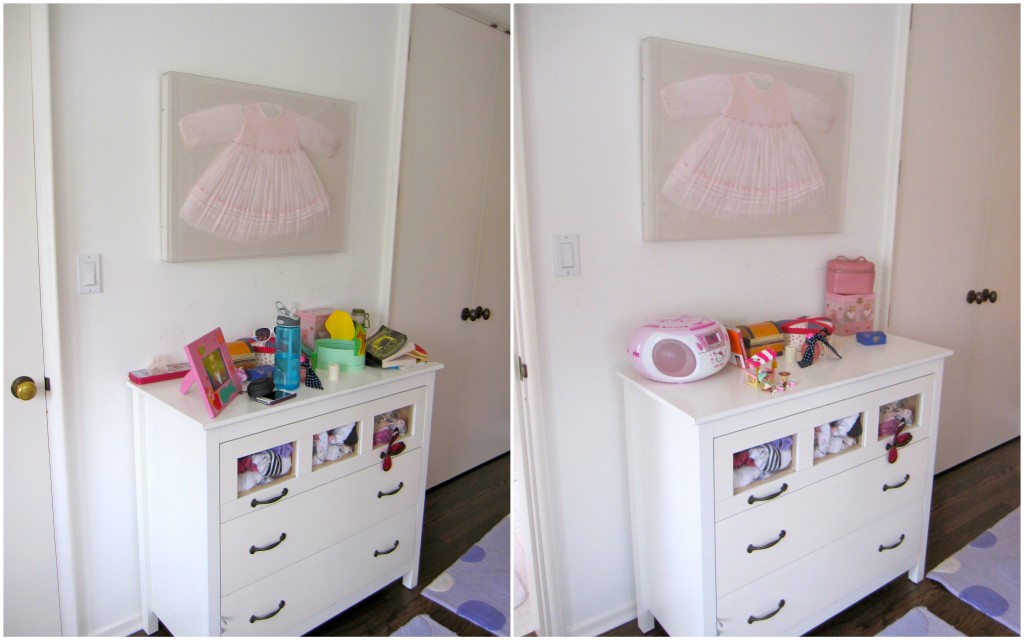 This room was noticeably absent the trunk that the other room had, and without a handy place to store things, the corner had become a bit chaotic. 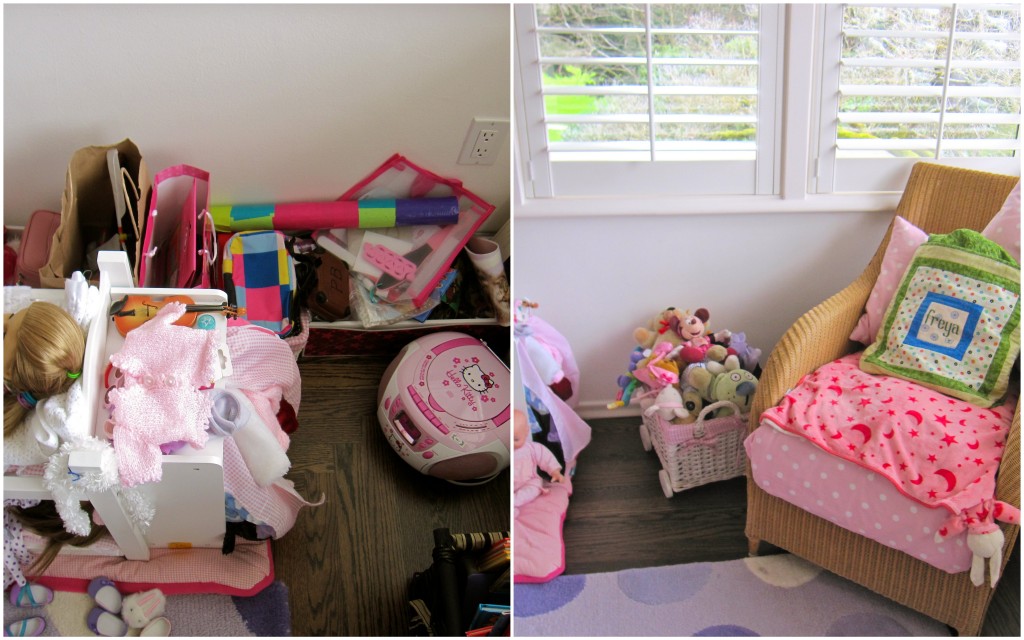 The solution for the corner was to be found in the bookshelf; my client and I went through all the books, donating all those that her daughter had outgrown. This freed up the bottom two shelves. I transfered another collection of dolly goods- also previously kept on the floor- into storage containers and placed those onto the bottom shelves.

Now dolly’s clothes are within optimal playtime reach, and much more accessible than they were all muddled up in messes before. 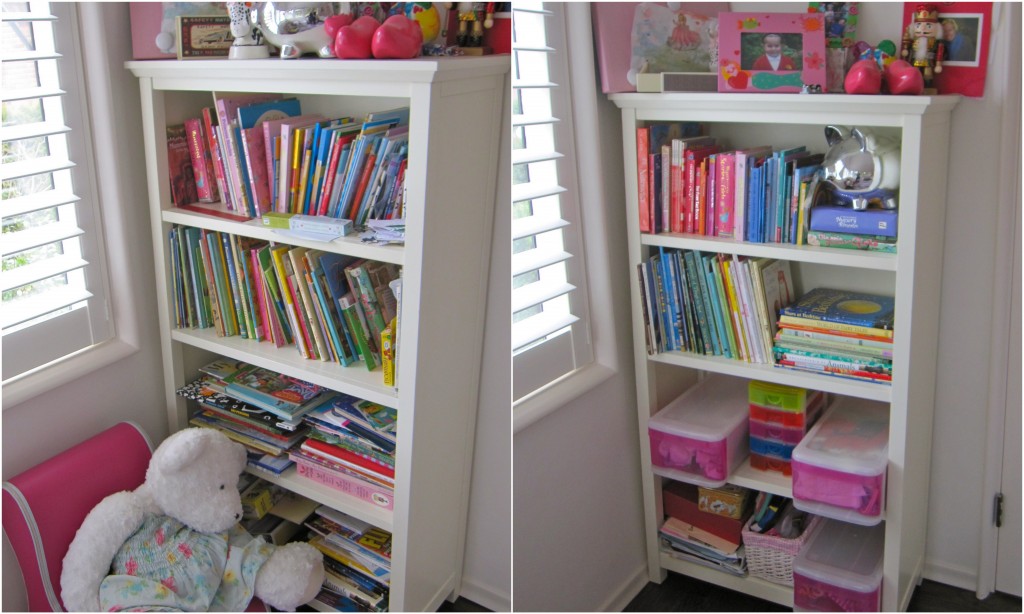 My client informed me that her daughter always complains about the size of her room- ah, to be single-digits and lamenting one’s storage space. After studying the room, I decided that there was just too much stuff in it, which was definitely responsible for the sense of limited space.

I pulled out unnecessary furniture and rearranged things to make the corner a more attractive and viable hang-out spot. 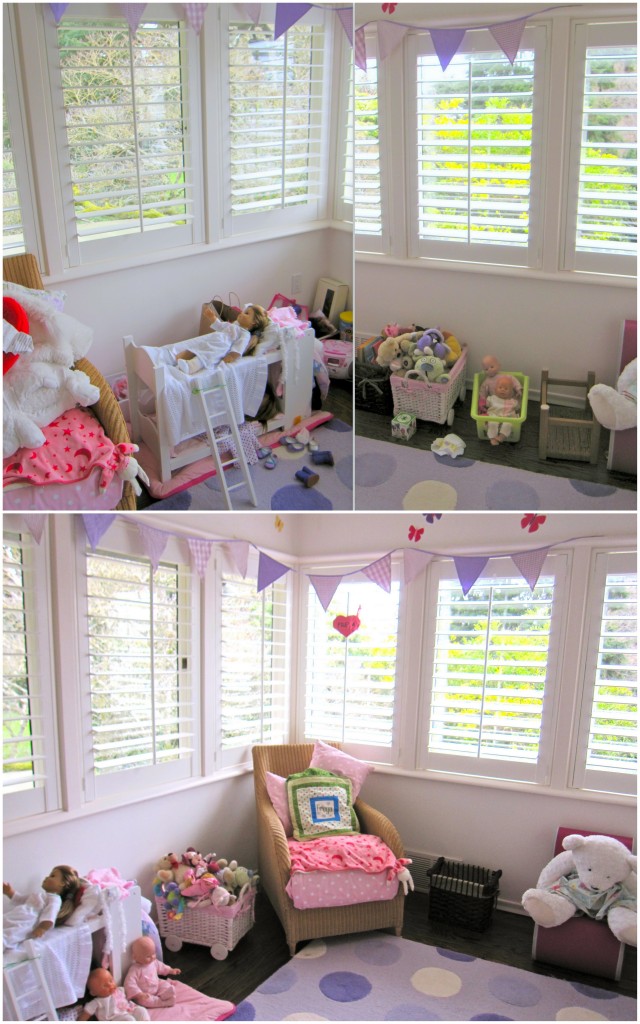