You have a kid, and then you have to get storage, so says the golden rule. Or something.

It’s not uncommon for the closet in baby’s room to (at least initially) be monopolized by mom’s or dad’s belongings. Especially if the home is smaller in scale, and the baby is brand spankin’, there won’t have been a reason for said parents not to utilize the perfectly good closet space until that point. During the time that the babe is wee, there may not yet be a great need to transition the entire closet over to babythings (unless of course you’re this mama).

But even a tot will require some storage. The armoire, and in some cases even a bookcase, is the answer. An armoire is like a miniature, portable closet, if you will. You can find versions which are closet-ready, or you can easily convert an armoire into all-out closet. A tension rod fitted within acts as a rack for hanging clothing, while bins, baskets, and the like can be added to create necessary divided segments. 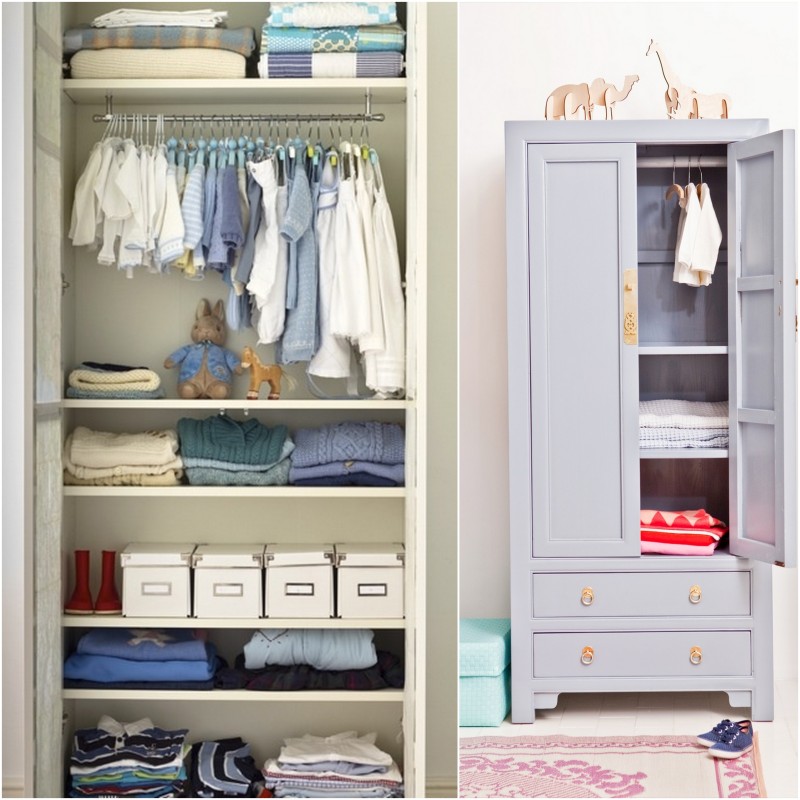 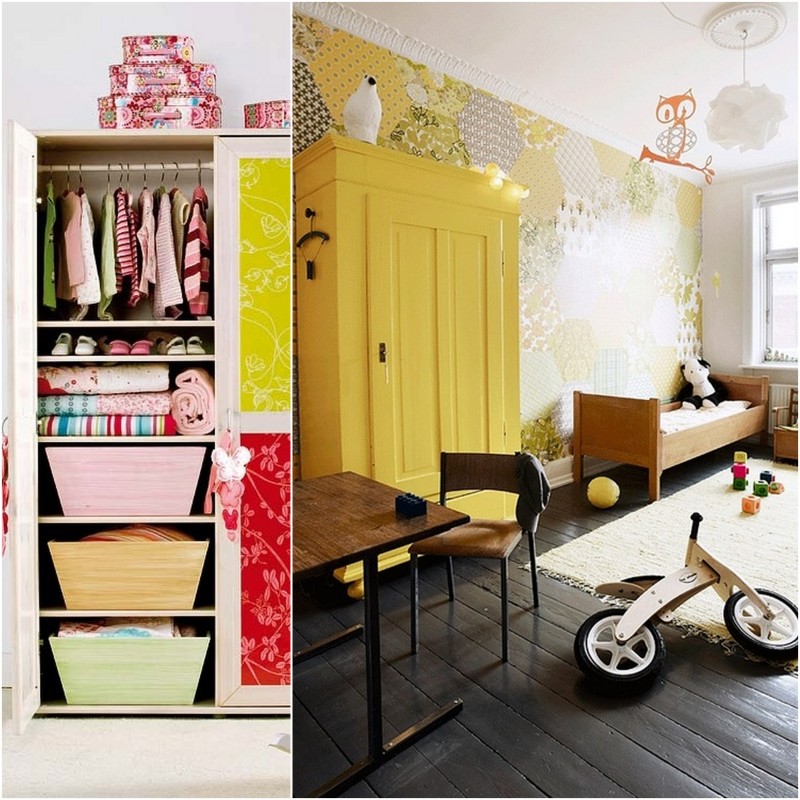 There’s another good reason to opt for an armoire, and that is the whole aspect known in parentworld (I’m told) as “grow-with-me.” It isn’t that other furniture items, such as a dresser, aren’t capable of doing so–but listen, we’re not talking about those. The armoire can store clothing, pacifiers, and co. during babydays, can transition to toy and book storage during young childhood, and, eventually, can transform into a functional desk when tot-tot reaches teenage years. 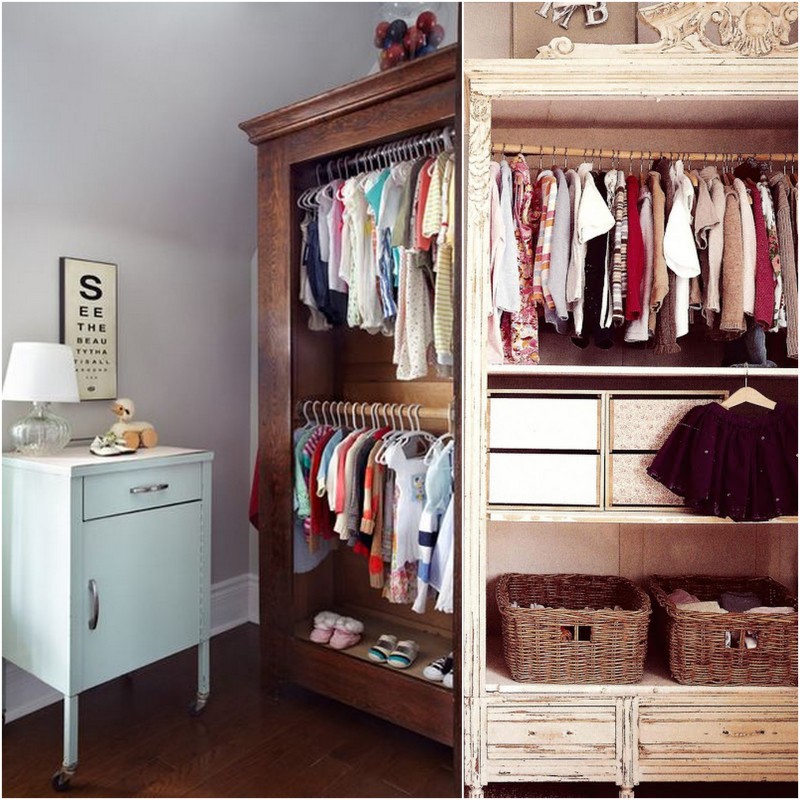 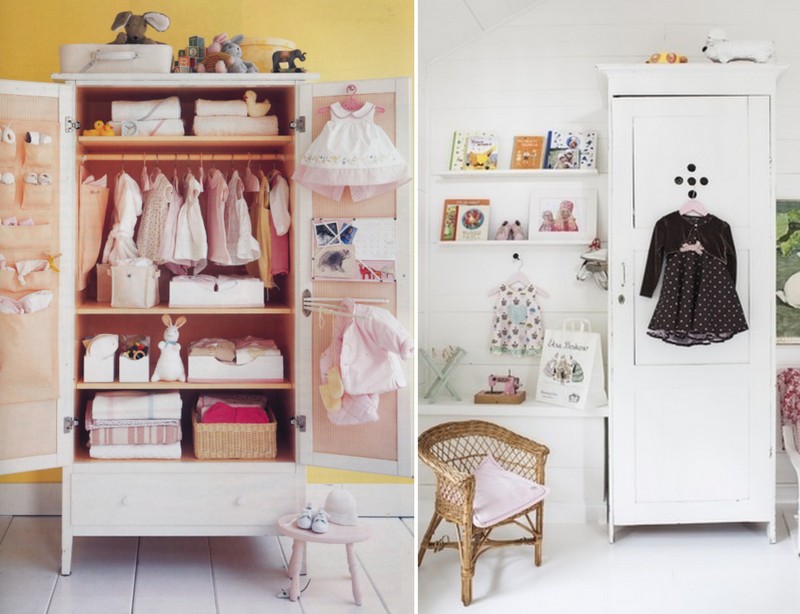 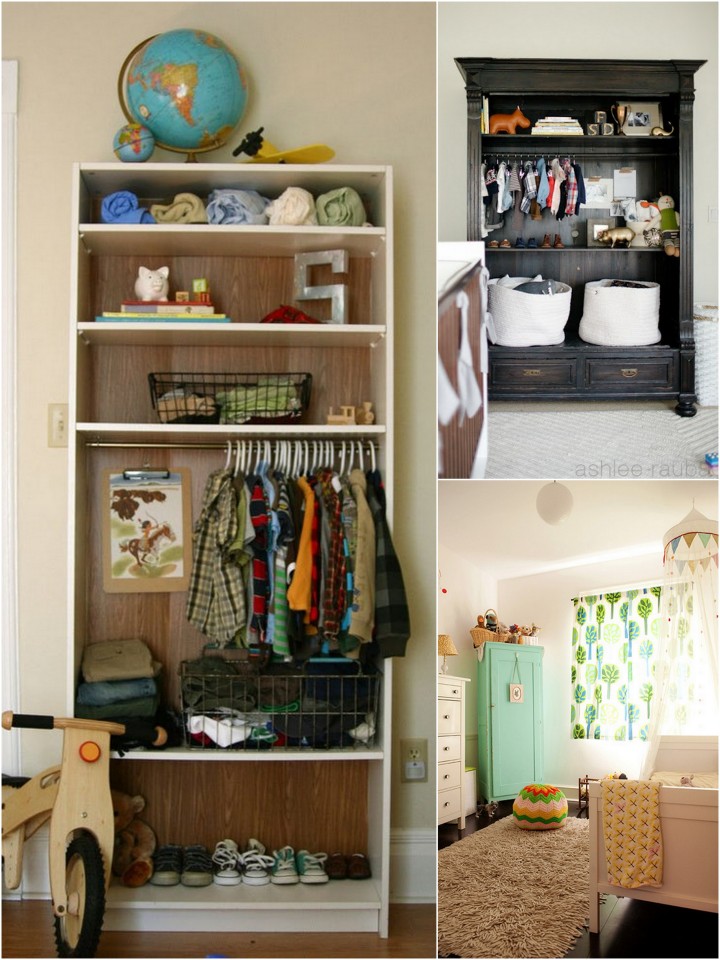 Children’s armoire closets. Look into it.