Rare is it indeed to find a piece of furniture that is suitable to both small and grand spaces, alike. Such can be said of the étagère, which operates on two main principles: an exceedingly thin profile, and an unmistakable air of elegance.

“An étagère is a piece of light furniture which was extensively made in France during the latter part of the 18th century. It consists of a series of stages or shelves for the reception of ornaments or other small articles. Like the what-not it was very often cornerwise in shape, and the best Louis XVI examples in exotic woods are exceedingly graceful and elegant.
In modern usage, an étagère is often used to refer specifically to a long-legged shelf unit that fits over a bathroom toilet, also known as a space saver.” 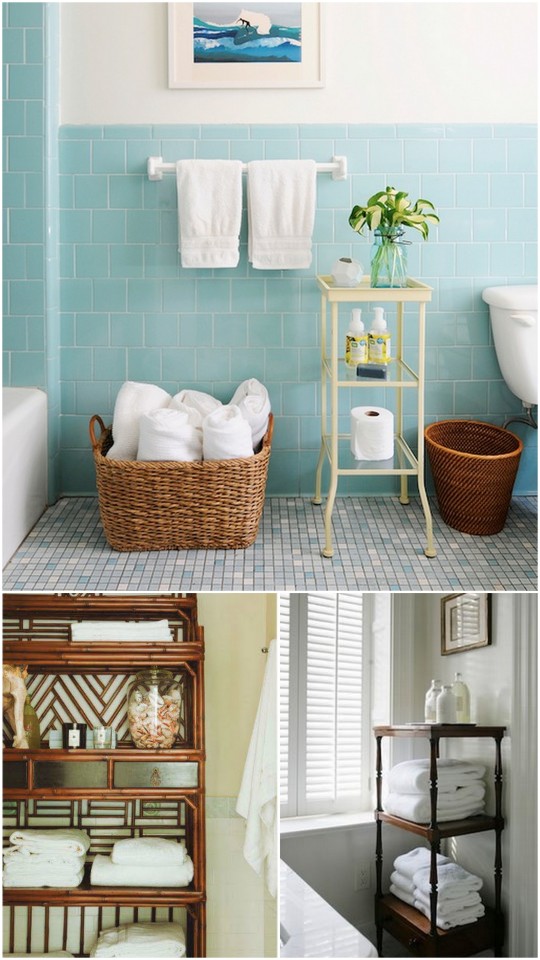 As the frame of an étagère is slim, the design feels inherently space-efficient. It isn’t cumbersome, it’s light, and being that way, it seems almost to melt into the background rather than eat up a ton of space. 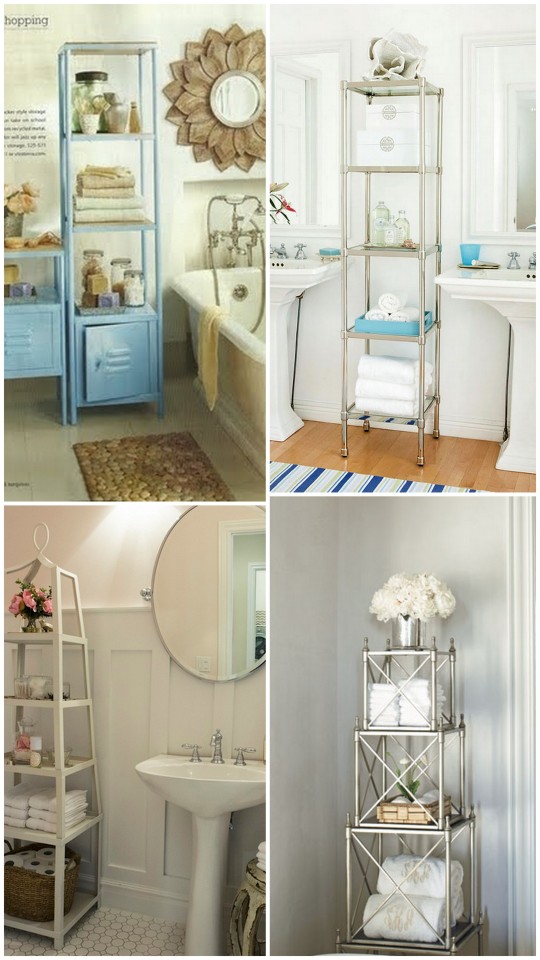 It’s also a decidedly more glamorous way to increase your storage capacity than say, your standard steel utility shelves. Such things are entirely permissible in a garage, wherein appearances are lower down on the priority scale. Used in areas where remaining in la mode is essential, one generally has to try really, really hard to ensure steel, wire shelves come off looking stylish. 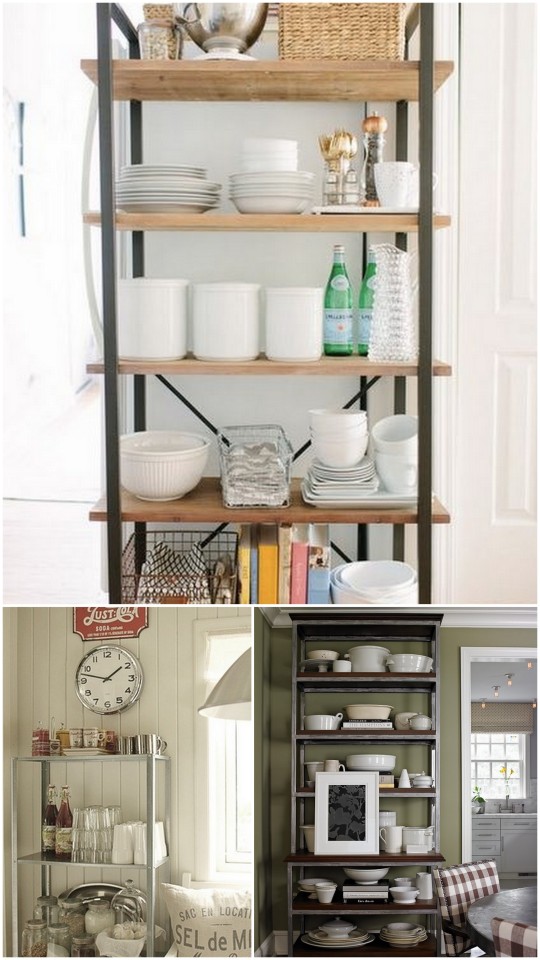 The étagère, on the other hand, is elegant from the get-go. You can safely situate a plethora of goods atop its surfaces– towels, cosmetics, pantry spillover, serving dishes, books, and decorative objects– and rest assured that as long as you’re not a total slob, the end result will be one of refined, space-savvy storage design. 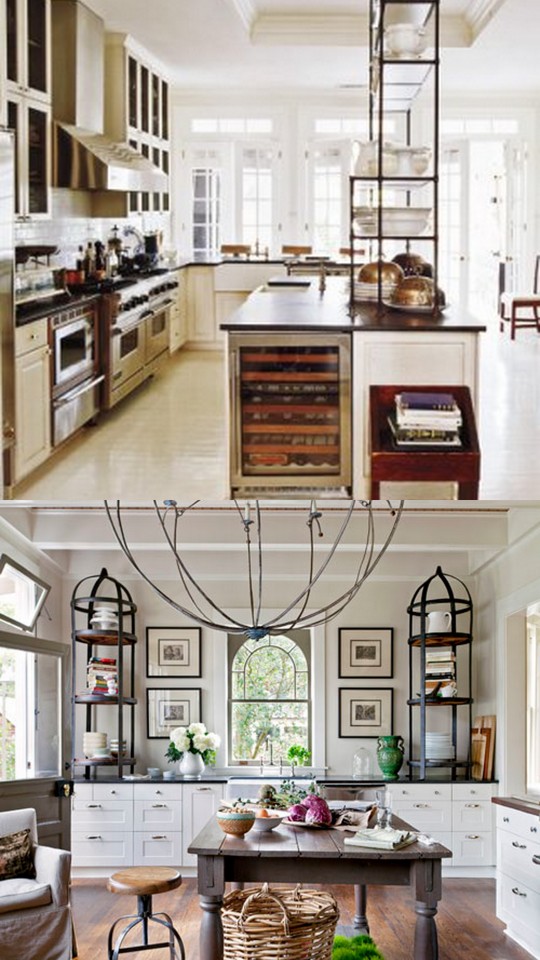 If you have more room than you know what to do with and are merely looking for an opportunity to thoughtfully display a few precious trinkets, the étagère performs just as well at that task. 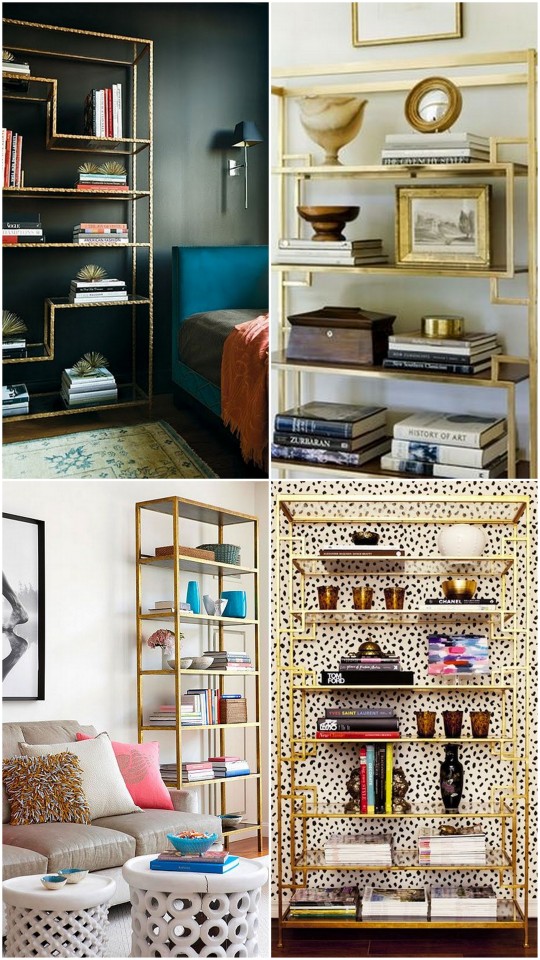 I can’t fathom a scenario where the étagère would fail. It’s like shelving that went on a diet, lost a bunch of weight, and then attended finishing school to boot. Jump on the bandwagon, why don’t ya? 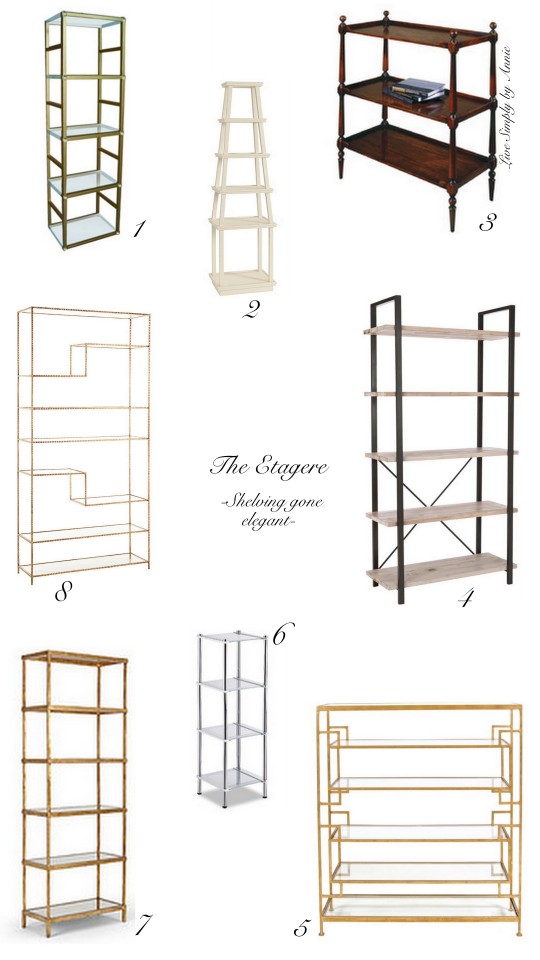 P.S. I’ll save you a trip to The Google: it’s pronounced ay-tah-jeh-rr