It’s been ages since I’ve shared Live Simply client work around here and this one–this one is deserving.

To describe my client’s space as “small” would be a grotesque understatement of facts. This mini house she inhabits apparently used to belong to the local church, which provided it to the pastor gratis. Suffice it to say that apparently spiritual leadership and the necessity for square footage do not go hand in hand. But the home has a unique charm nonetheless.

The closet, on the other hand, was not cute. For one person it was insulting. For two, which became the number of inhabitants relying upon it when my client’s boyfriend moved in with her, the closet was not working. We’re talking total storage nightmare the kind that keeps you up for weeks.

So she called me in and I saw it and I was all, “OHHHHHHH. YEAH. This is rawl bad. Rawl, ral bad. Okay, we’re going to change your life now.” 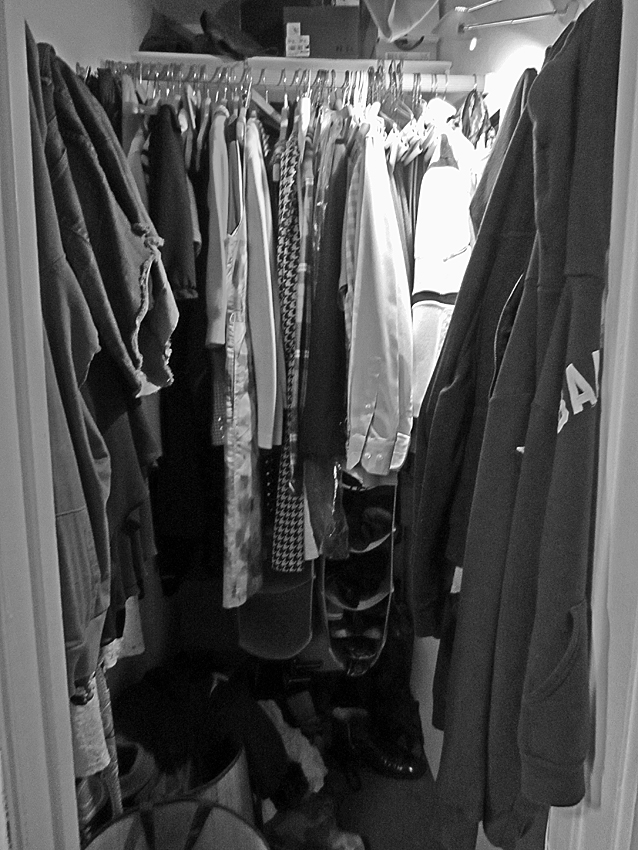 Is that the stupidest?

A true closet design fail is what it was. The hanging rod was about a foot in, blocking any and all access to the “wealth of space” behind it; lighting: wretched; shelf space: abominable. 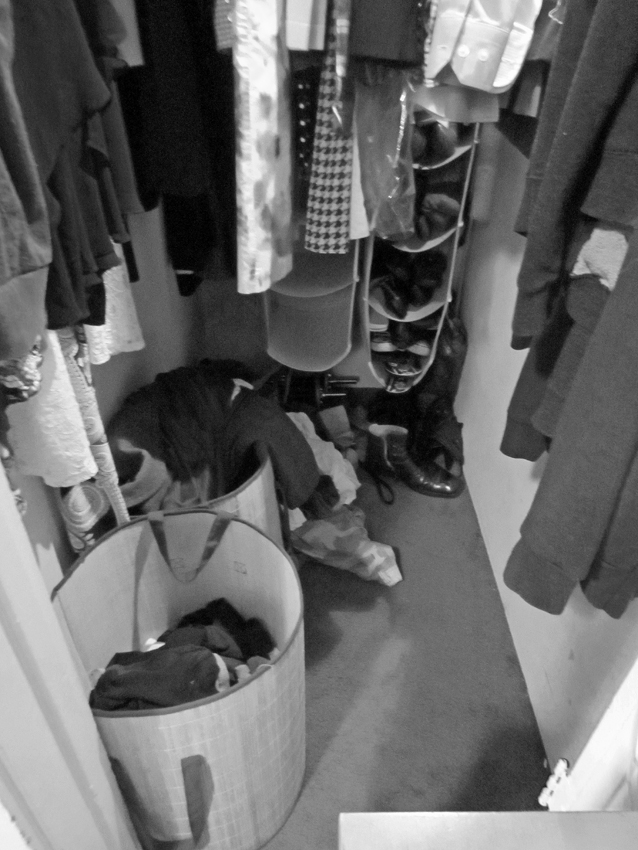 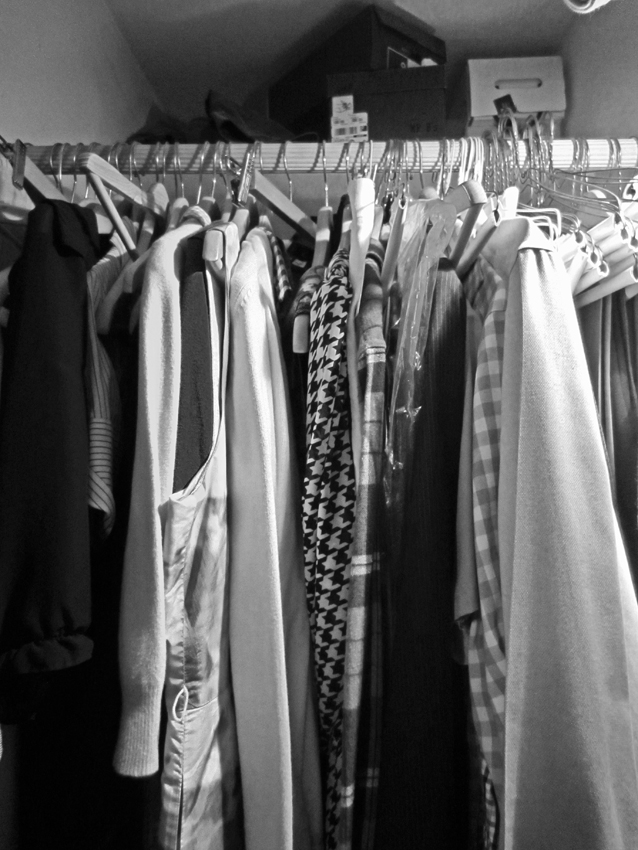 I seriously had to tussle with those hanging garments in order to even catch a glimpse of what was happening behind. It was like a game of Red Rover but without the kids and without the chanting.

I always hated that game. 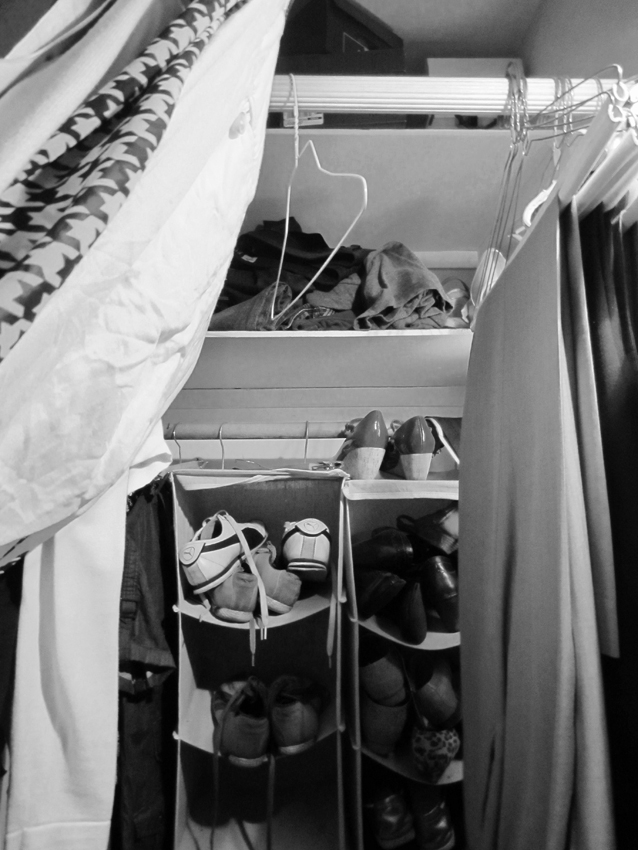 I couldn’t blame my client one bit for what had developed. Not one bit. Could you? 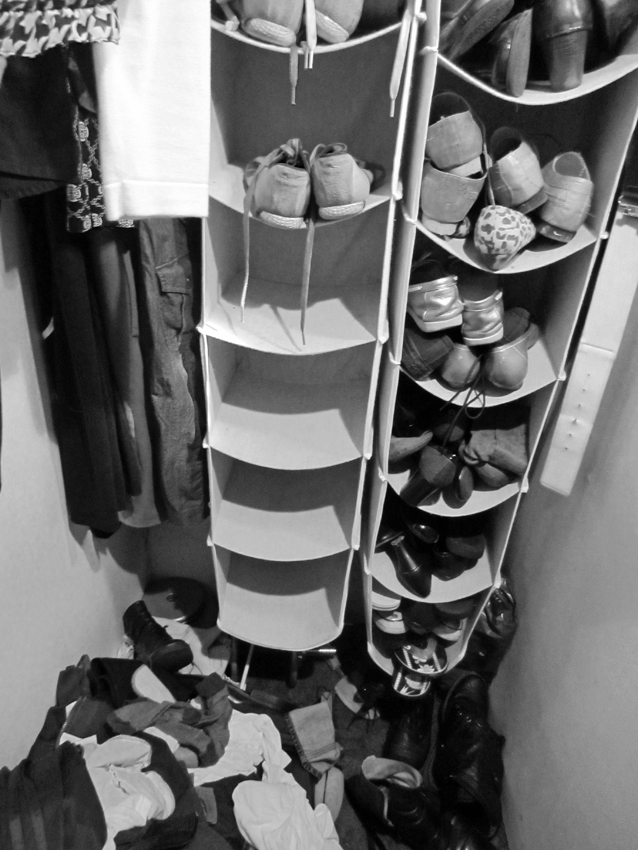 It was terribly, terribly evident that we would need to remove whatever existing closet elements there were and start from scratch. But figuring out the optimal set up was a puzzle to say the least.

If we did a system along the longer wall she’d lose the benefit of the depth the closet provided. If we added storage along the back and side wall she would hardly have been able to squeeze in. Etc.

It felt clear to me that we should maximize the depth of the closet by making the back wall our main storage situation. But I didn’t want the longer side walls to go to waste either. Back wall pimped out + hanging rack along one side wall would have been ideal, and was entirely implausible. Garments hung sideways would stick out way too far into the space, making getting to the storage at the back of the closet a difficult task. Which would defeat the purpose.

I collaborated with an Elfa designer at The Container Store, meaning the two of us stood there and plotted and discussed and scratched our heads together.

And then all of a sudden it came to me: valet hooks.

Valet hooks hung along one side wall would provide viable and significant hanging space, but unlike a hanging rod would not obstruct the standing room.

These particular valet hooks also fold up when not in use and while I seriously doubt they’ll be unused, I figured why not give them the option. 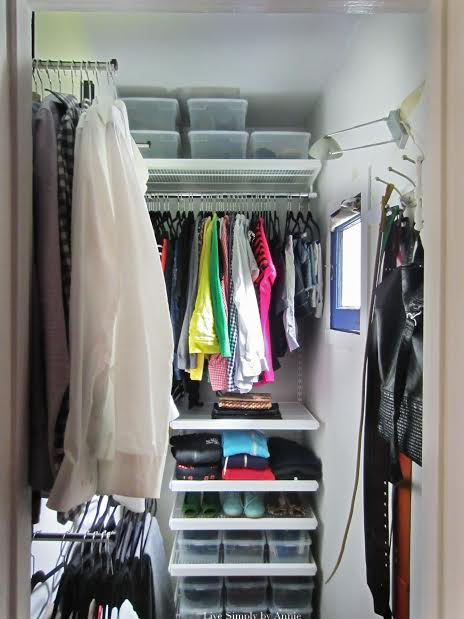 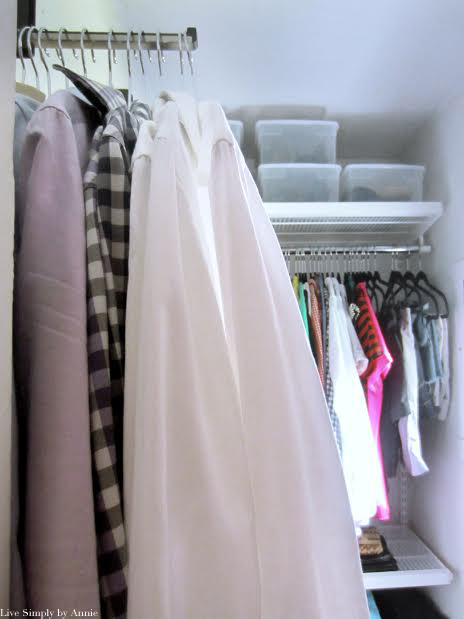 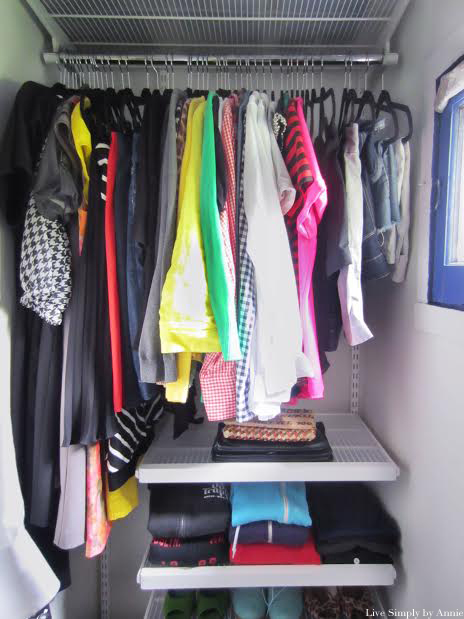 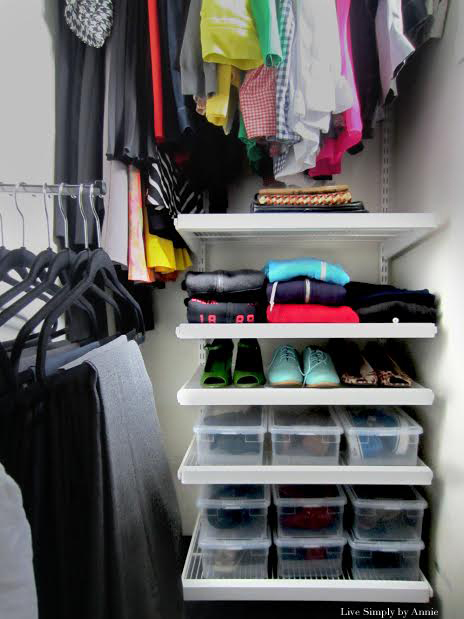 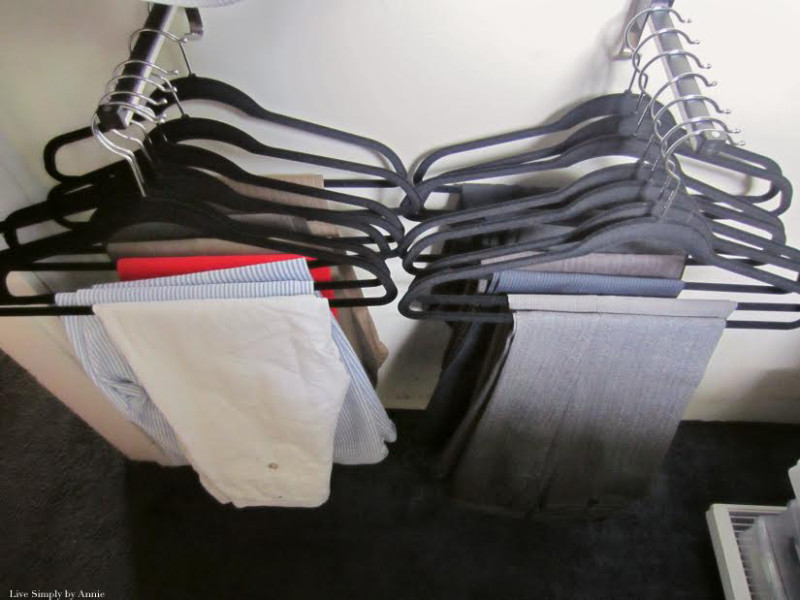 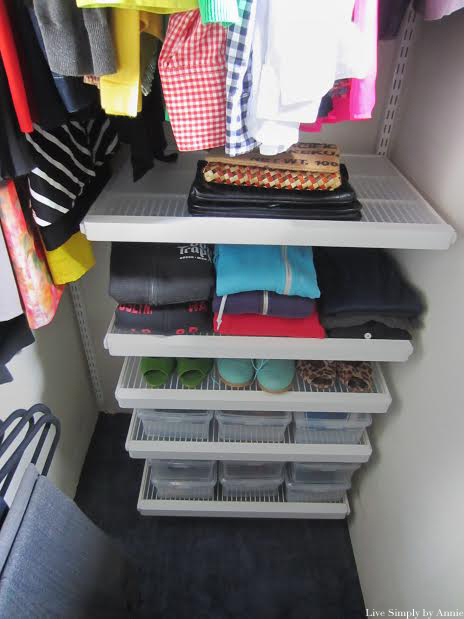 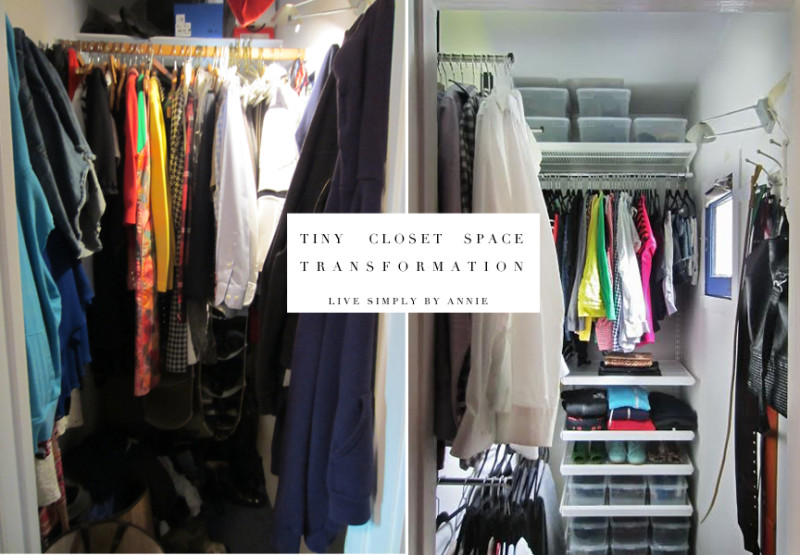 I’ve still got a bit of work left to do, but suffice it to say this closet got a major upgrade.