The Dos & Don’ts Of Over The Door Shoe Organizers

This post initially took the form of a pseudo-Dr. Suess Green Eggs and Ham thing, but I decided it was just too dumb to unleash on an unsuspecting world. So instead, I’ll just try and type like a normal person. That’s a wash. But you get it.

So, over the door shoe organizers. Lots of people love them. They appeal to the space-deficient, who jump at the chance to increase their storage capacity by approximately 24 pockets-worth.

It isn’t that I hate them. It’s that I’ve never found myself recommending them to a single soul. I don’t put much trust into flimsy storage a la the hanging canvas shelves, which in my mind, are a storage failure. I prefer products that inherently encourage neatness by way of solid construction, defined and sturdy spatial supports, not ones that are, at best, flimsy and, at worst, (and maximum capacity) nothing more than droopy little sacks because what’s worse than that, really?

But, as many people seem to be fond of the over the door shoe organizers (actually there seems to be somewhat of a cult following with these guys, and they’re constantly touted as being the most versatile storage solution, capable of organizing every room of your house!), I’ve decided to outline what are, in my opinion, the best (and worst) ways to use these organizers. 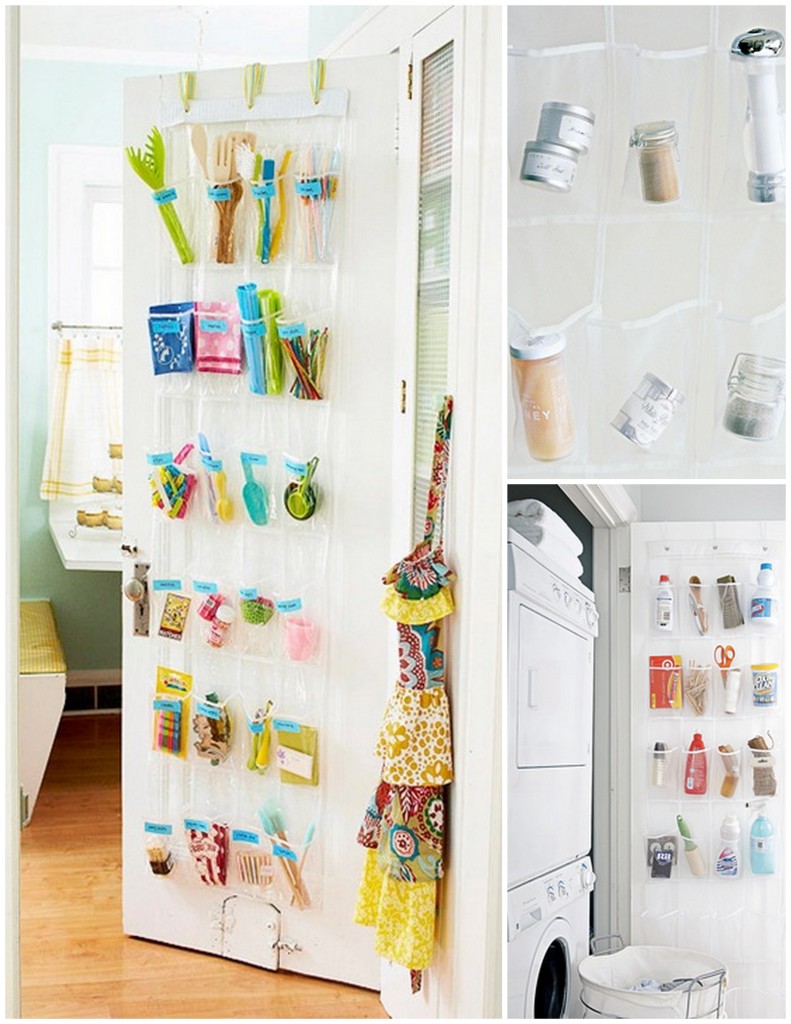 1. When choosing an over the door shoe organizer, opt for plastic or mesh (mesh would be my choice, as it gives you the softness of a fabric with the visibility of a plastic).

While canvas and cotton shoe organizers may be more attractive, this is one of the rare cases in which I would adamantly side with function over form. Fabric shoe pockets will obscure what’s being stored within. Patterned fabric organizers are an even worse offender; while well-intentioned they will not only hide the contents but also distract the eye from them. 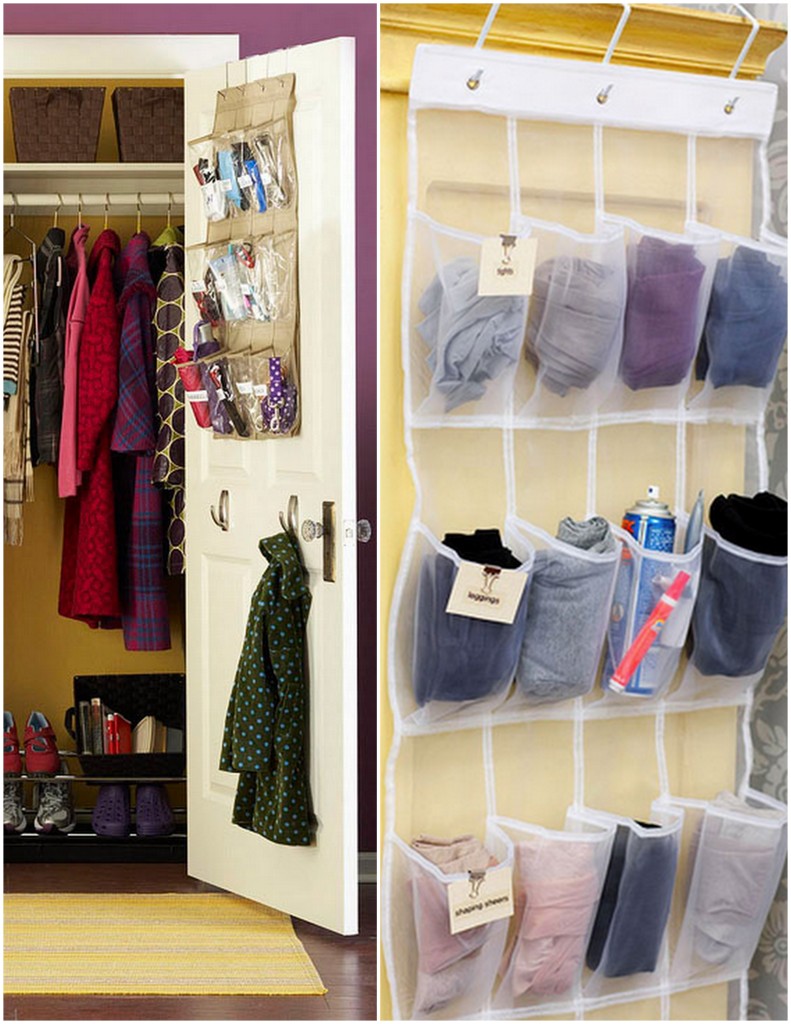 Negating the fact that I would dole out such advice in regards to any product, over the door shoe organizers are especially prone to clutter, being that they’re essentially a bunch of little black holes. The only way to retain an ounce of organization is to be strict about how much you’re depositing in each segment. It’s best to store only one item per pocket. More than that and you might end up having to violently wriggle a shoe free, which will probably cause other pouch-residents to go careening through the air, and possibly even knock the whole affair off of the door, at which point I’ll just go, “Um hellooo, I thought we talked about this?” 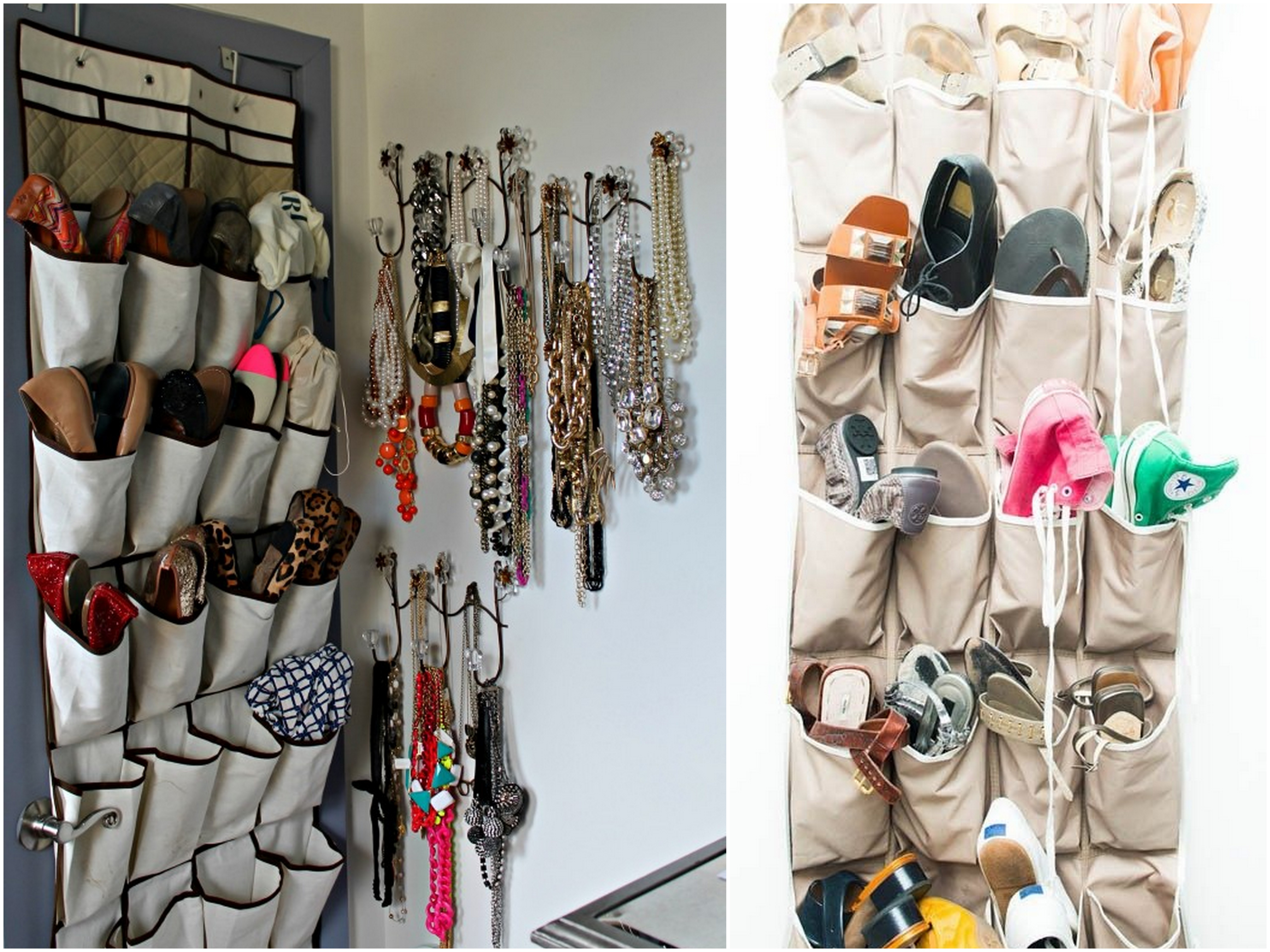 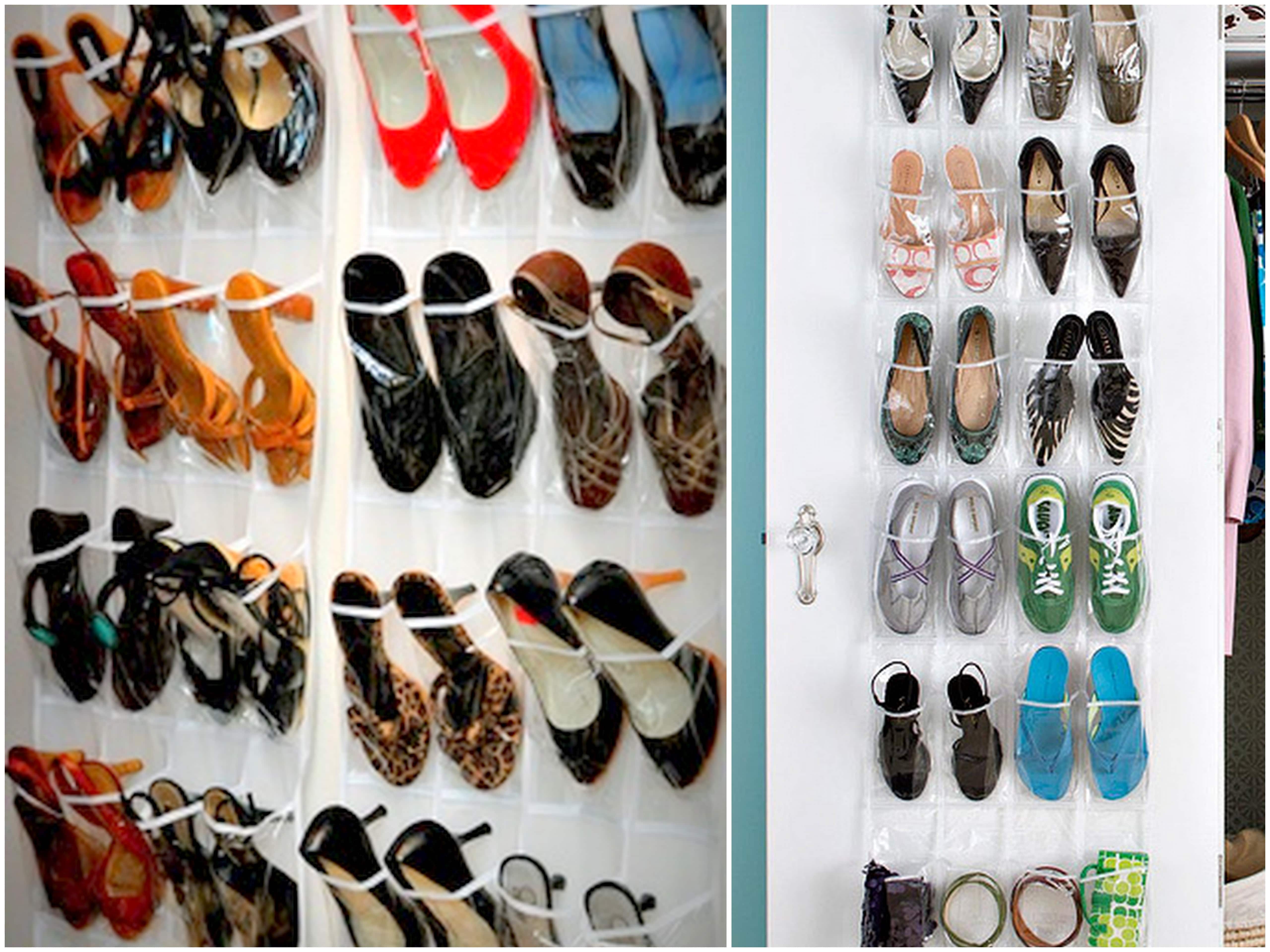 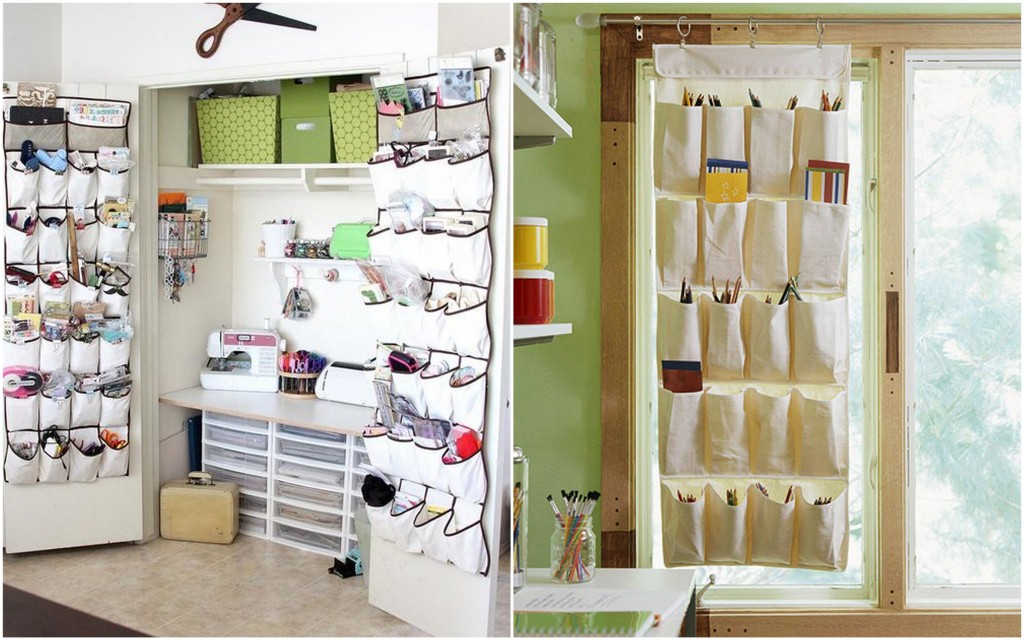 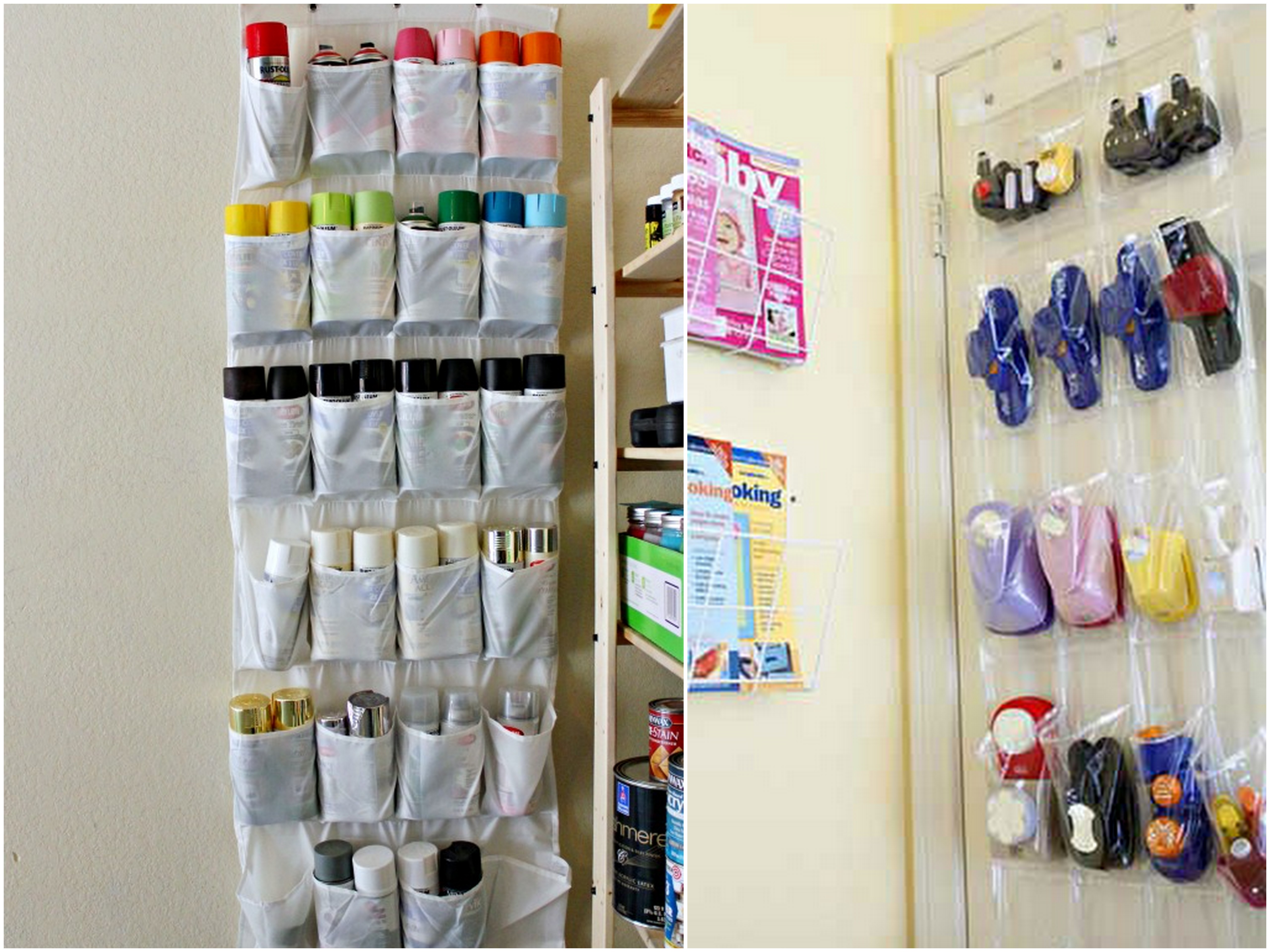 3. Store items that are tall enough to peek out from the pockets.

This is especially important if you don’t have a mesh or plastic organizer, in which case you really won’t have a clue what’s inside those mystery sacks. If you have to go digging– if you can’t at all see what’s contained within– that’s a losing game. 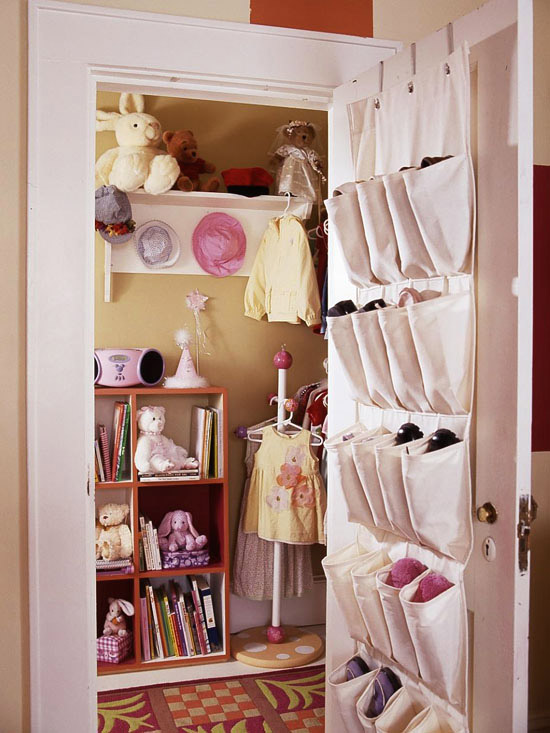 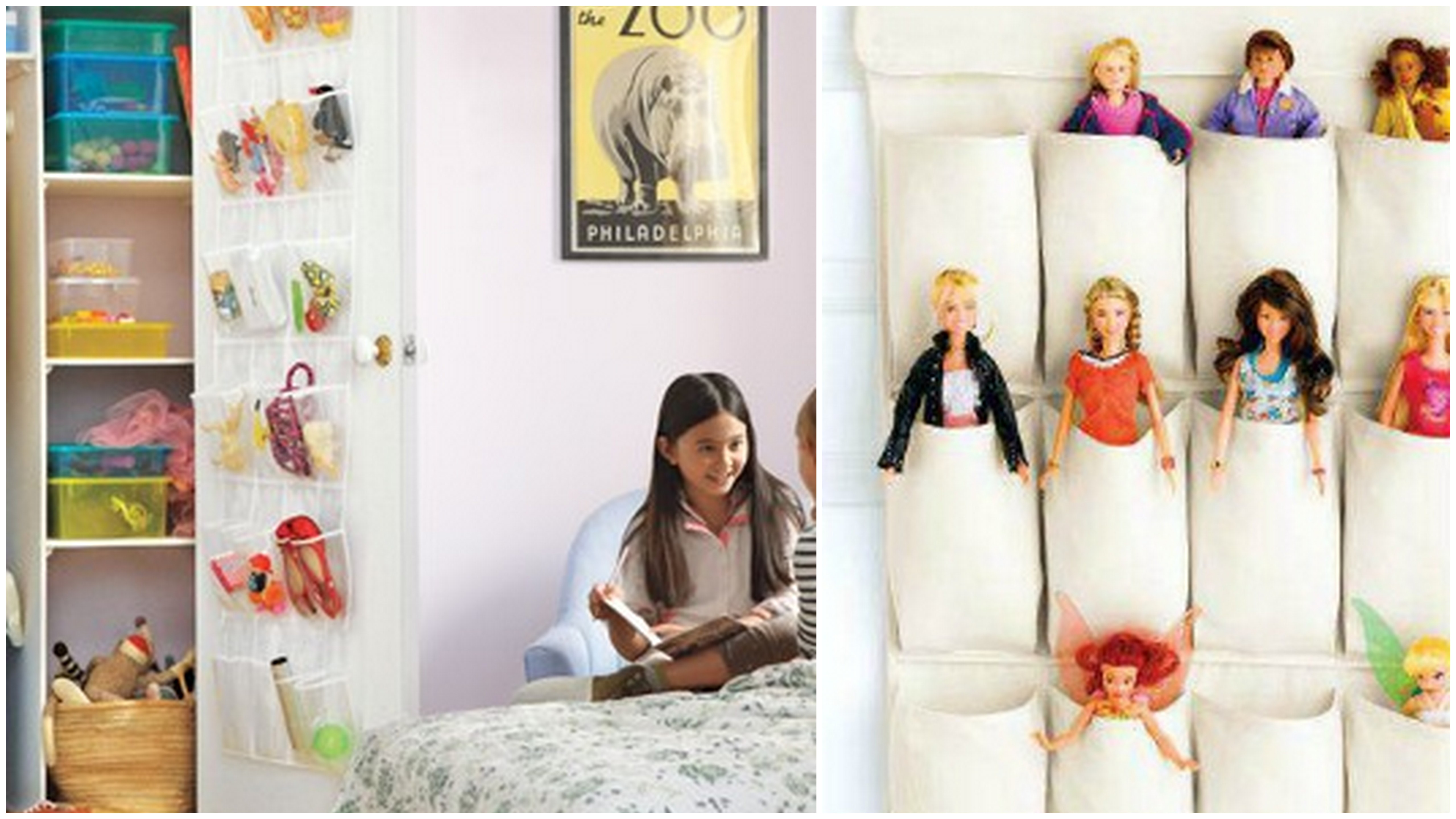 Again, this is a definite do for those of you who have non-see through organizers. Just because each segment is small doesn’t mean it doesn’t have the potential to attract or become clutter. Labeling each pocket or row is a good way to ensure you can easily identify the contents. 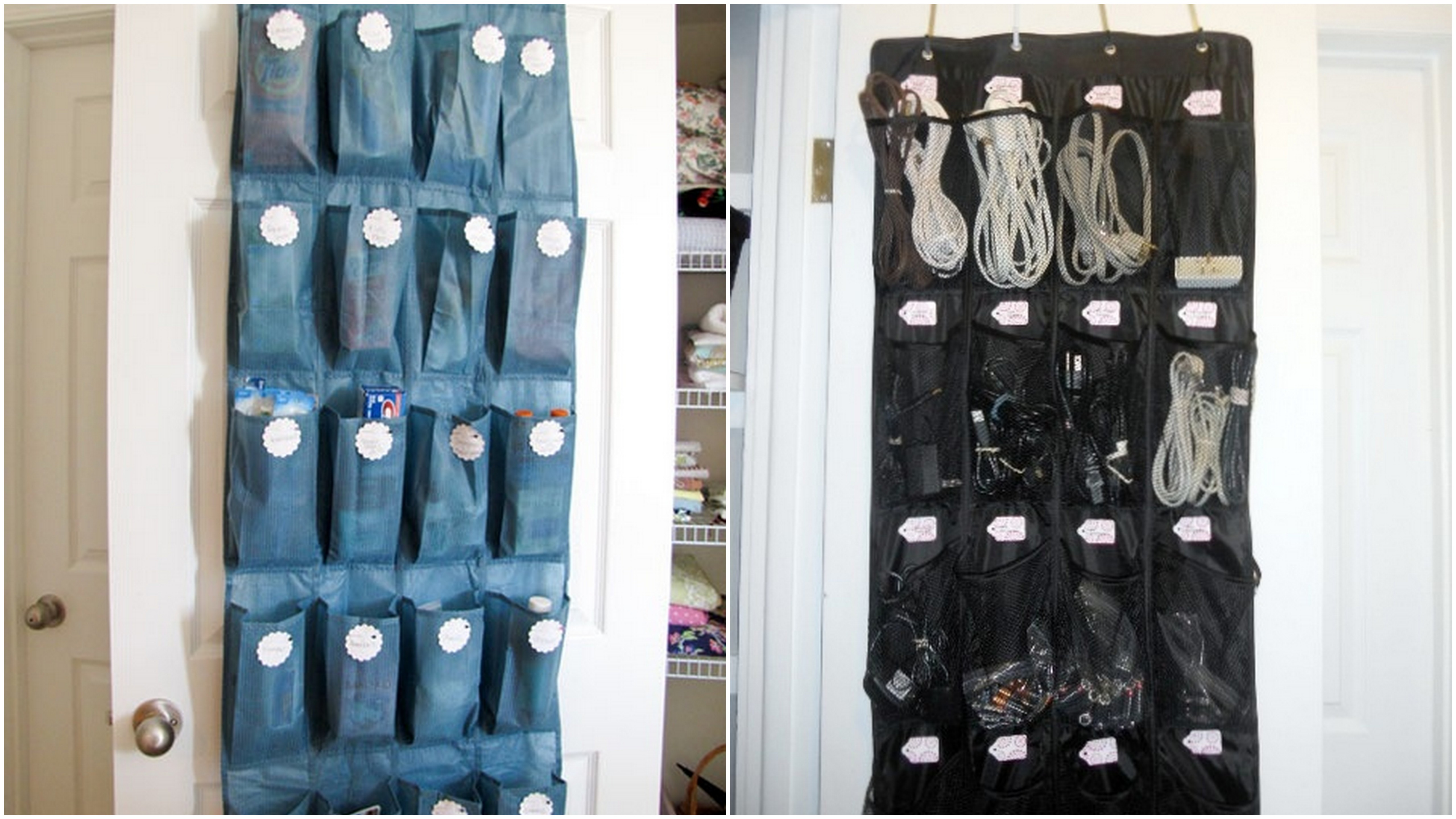 5. Before you go over the door, reevaluate.

Ask yourself whether there are things occupying actual shelf/closet space that could be gotten rid of, thereby freeing up the space needed to accommodate what you would otherwise be shoving into hard to reach little pouches. 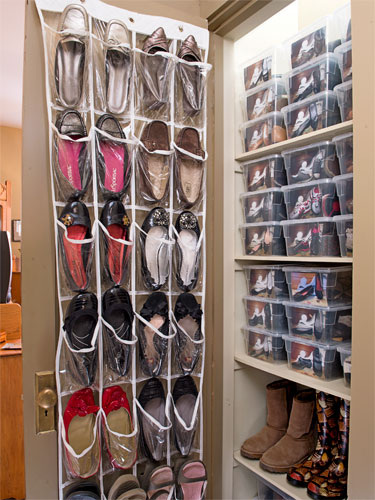 Those are my tips, be sure to leave any of your own down below. BYE!