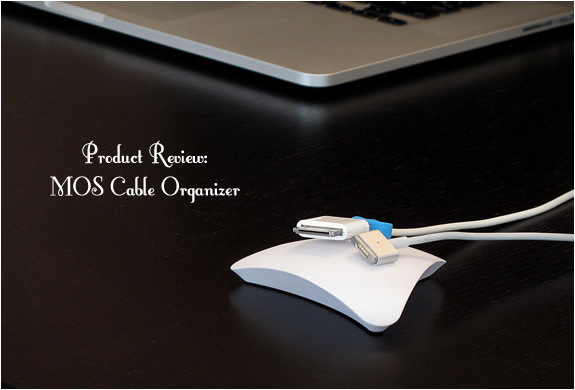 The MOS (Magnetic Organization System) began as a Kickstarter project. If pledges allude to a product’s real world worth, this thing is well, really worth it. The MOS guys far exceeded their goal of $6,850– the Kickstarter community pledged a cool $29,376, which, if nothing else, reveals just how desperate everyone is to get their cables managed.

The mass support seems to have been garnered legitimately. Having used it out myself, I can attest that the MOS does all it claims, and that moreover, its creators seem to have thought of everything regarding its design and function; it’s a palm-sized, sleek and discrete triangular object that sits atop any surface and holds cables in place by magnetization. Just lay the cable on the MOS and it’s secured, rather than flailing helplessly to the ground/oblivion. 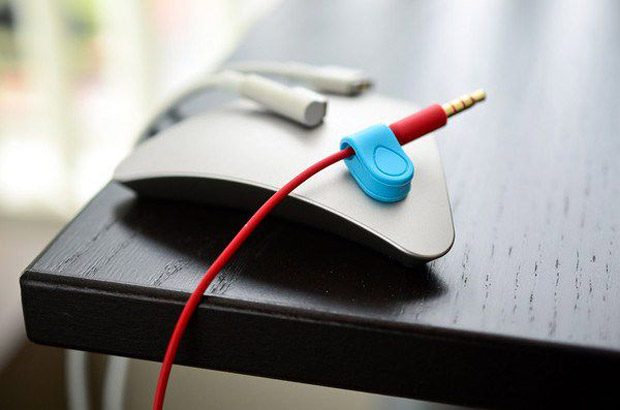 The base features “micro-suction tape, a non-sticky, high friction tape which uses thousands of microscopic air pockets to secure the MOS to your desk without any leftover residue.”

So then you’re all, “But what if I want to move it or it gets gross?”

“If it ever gets dirty and loses its suction it can be brought back to its original suction strength with a quick rinse of water.”

Then there’s the matter of your cables not being magnetized enough for the MOS.

They thought of that too.

Each box comes with three rubber cable ties that can easily provide lackluster cords with adequate metal for cable stay-in-placed-ness. 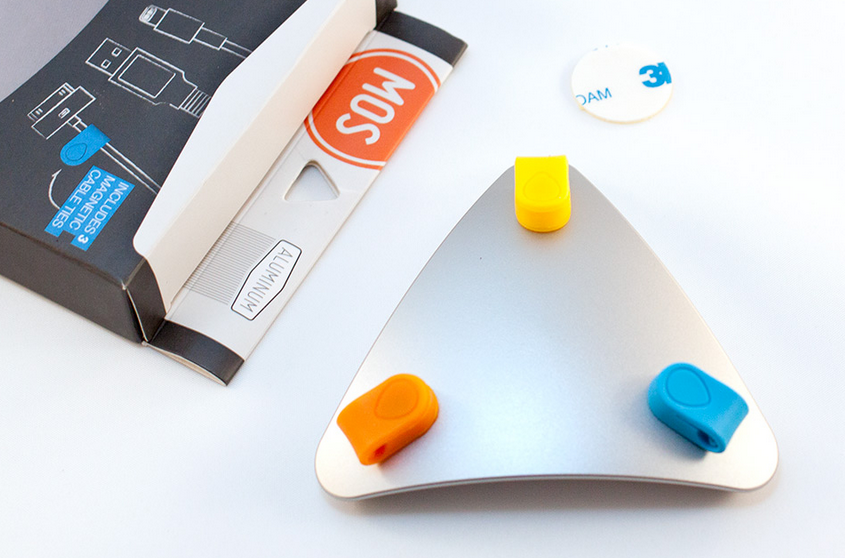 I stuck the MOS on my entry table so that it would be conducive to harnessing the iPhone charger cord I keep plugged into the wall behind it which, when otherwise relieved of its charger duties, lays limply all across the floor like some skinny white snake, annoying me endlessly because hello, I like things just so.

It worked and that was cool. Oh, my charger cord didn’t work, but the cable tie provided did the trick as promised and the cord stayed put. And I was all, “I’m being purposeful about using this for the sake of review, la la.”

Then there was the time I didn’t think about using it. Yesterday afternoon, about to make a quick grocery trip, I unplugged my not-yet completely charged phone. Knowing I would want to plug it back in upon return, I actually thought to myself for a split second, “Man I wish there was a way I could keep this in place while I run out.” And then it was right in front of me! And I was all “Yipee!” And all the way to the grocery store I was thinking, “I got it now. I get it. Gonna write this review. Let’s do it. Ooh! Girl scout cookies!”

In summary: MOS = a solid, cable management product that you’ll hardly notice is there, but will always want around.

If you’re interested, the MOS is available through Amazon, and comes in black

*The MOS crew gifted me their creation, meaning that I got it for free people. We made no verbal, written, or email contract as to what I would say about it, meaning all those words above are coming from deep inside my own brain. You better believe that. If I was sent a product I hated, I probably just wouldn’t review it. Or I would write a scathing piece, wouldn’t that be fun (say yes)? Bye.