One Big Solution For Small Spaces

See what I did there with that title? The big and the small?–I know, I know, but save your applause for the post.

I was flipping through the most recent Cb2 catalogue (which insists on delivering itself to my mailbox despite never having been expressly invited, but that’s an aside) when I was met with the following image: 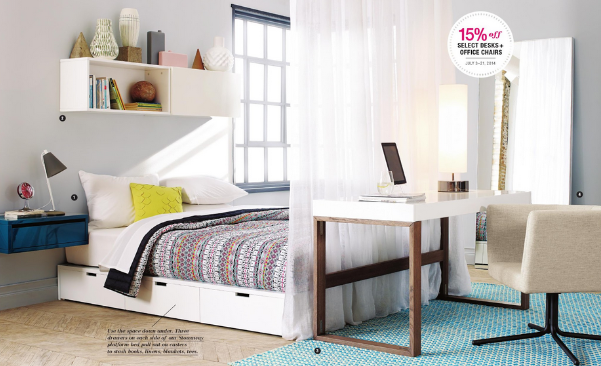 Besides being just slightly underwhelming in terms of product offerings, I had to hand it to the Cb2 crew: that there–what you’ve got going on right there with the curtain and the desk and the bed–that is a pretty fantastic small space solution!

Consequently, I ripped the page out, dumped the rest of the catalogue in the recycling bin and proceeded to draft this post.

We’ve talked previously about curtains being used as a tool to create the illusion of separate spaces. Too, we’ve discussed (rather at at length, I might add) the matter of establishing legitimate workspaces in places where space is limited (FTR: here and here).

What Cb2 did was to get the two topics together, wine them and dine them, politely turn their heads as things got hot-n-heavy, and then giddily endorse the conception of offspring is what they did. 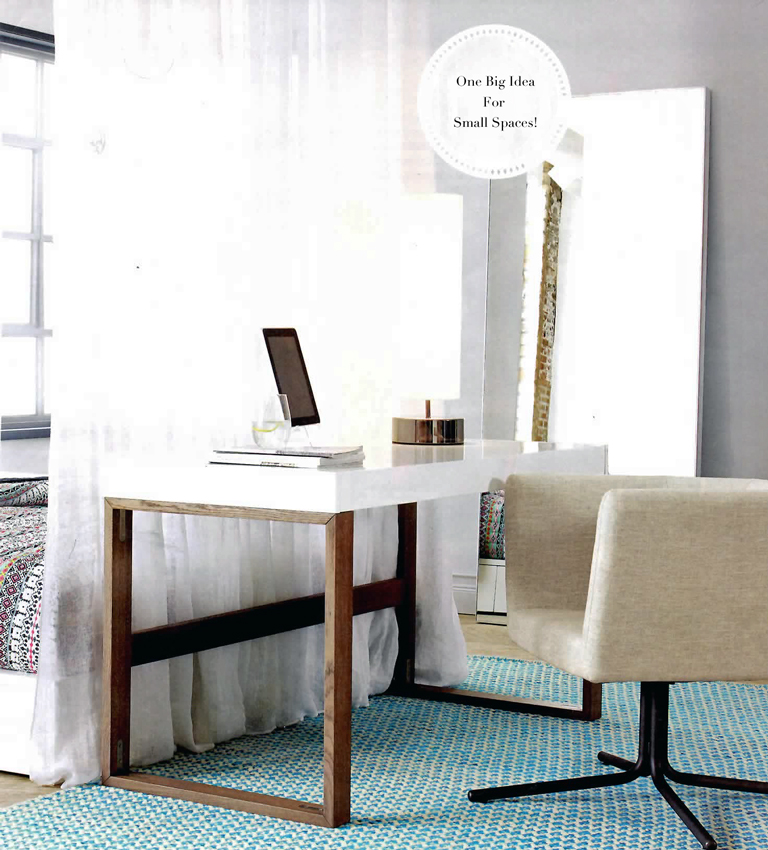 The benefit of this is: separate corners. Which is a long-standing Traurig tradition, which in and of itself is a story for another day.

You can sit at your desk and not feel as though you’re laying in bed, and you can lay in bed without feeling like you’re still at the office. And while a sheer curtain is hardly a brick wall, it’s the suggestion of an divide that works so effectively.

Hang the curtain! Move that desk! Get your small space on.

(I’m super sorry for all this bye.)