Apparently, January has almost elapsed. Even though I could have sworn the dawning of the new year happened six minutes ago, I have been dutifully field testing an assemblage of life-improving products the past month, for all of our sakes. Here’s the lowdown on the Best in Simply Show. 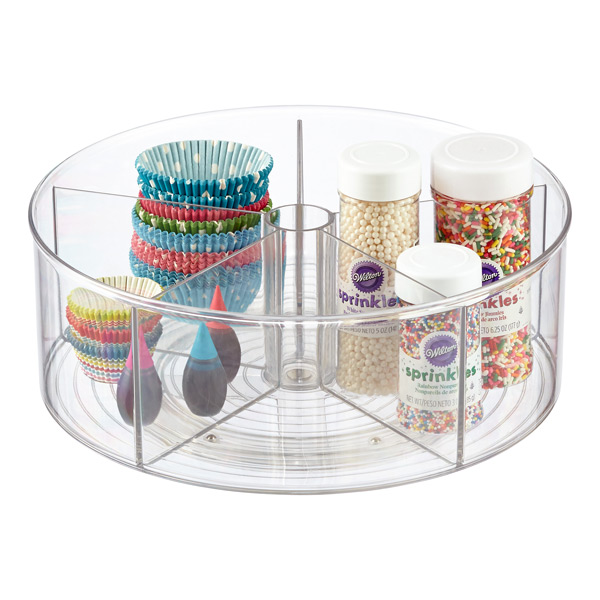 This brilliant contraption has all the convenience of a classic turntable, but its high edges drastically increase the stability of the contents within. That there’s little to no opportunity for toppling items over while in the process of extracting or putting an item back is a bonafide sanity-saver. Plus, divided segments mean you can categorize what you’re storing.

I’ve been obsessed with using them in kitchens, where they’re a game changer for things like oils and vinegars, spices, baking accoutrement, and more, and they’re equally as helpful in areas like the bathroom and the craft room. 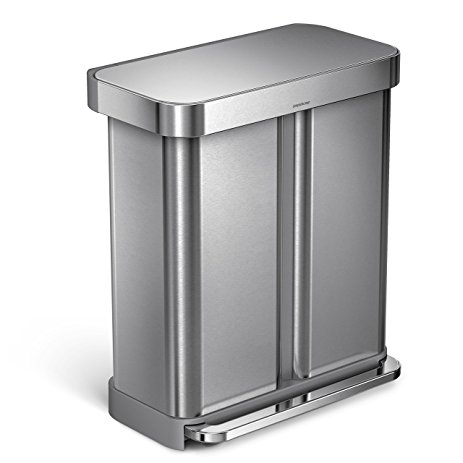 This is the Rolls Royce of garbage cans, as far as I’m concerned, as in: Simplehuman thought of everything when they designed this bad boy.

It has bins for both trash and recycling, accessed via step. Both bins have liner rims, which ensures bags don’t sink downwards. Only it doesn’t stop there. The recycling bin has a handle for easy toting out to the recycling collection bin. The trash bin side has a “liner pocket,” wherein one can stow spare trash bags for easier bag changing. It has a silent, perfectly paced lid closure, but it also somehow knows when you’re changing the bags, and keeps the lid open for you until you replace them.

I bought one for my parents when I was last home because the sad state of their old trash bin was enough to seriously depress a squirrel. 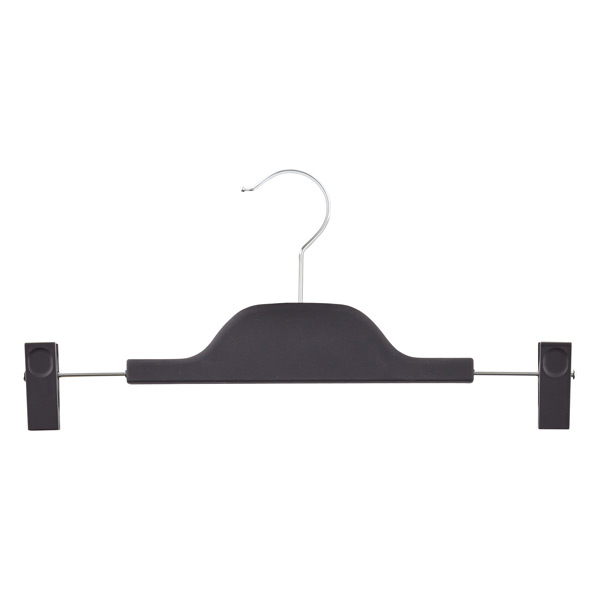 My new go-to skirt hangers. They have a slim profile, they’re soft-matte non-slip, and most importantly, their clips are reliable.

One of my most beloved clients has a plethora of very heavy skirts (she’s sartorially inclined in a big way) which the average skirt hanger just couldn’t hold up. I swapped out all the sub-par skirt hangers for these, and then tested each by giving them as violent a shake as I could muster. Survey says: an earthquake may bring the rest of the house down, but those skirts will still be attached to their hangers. 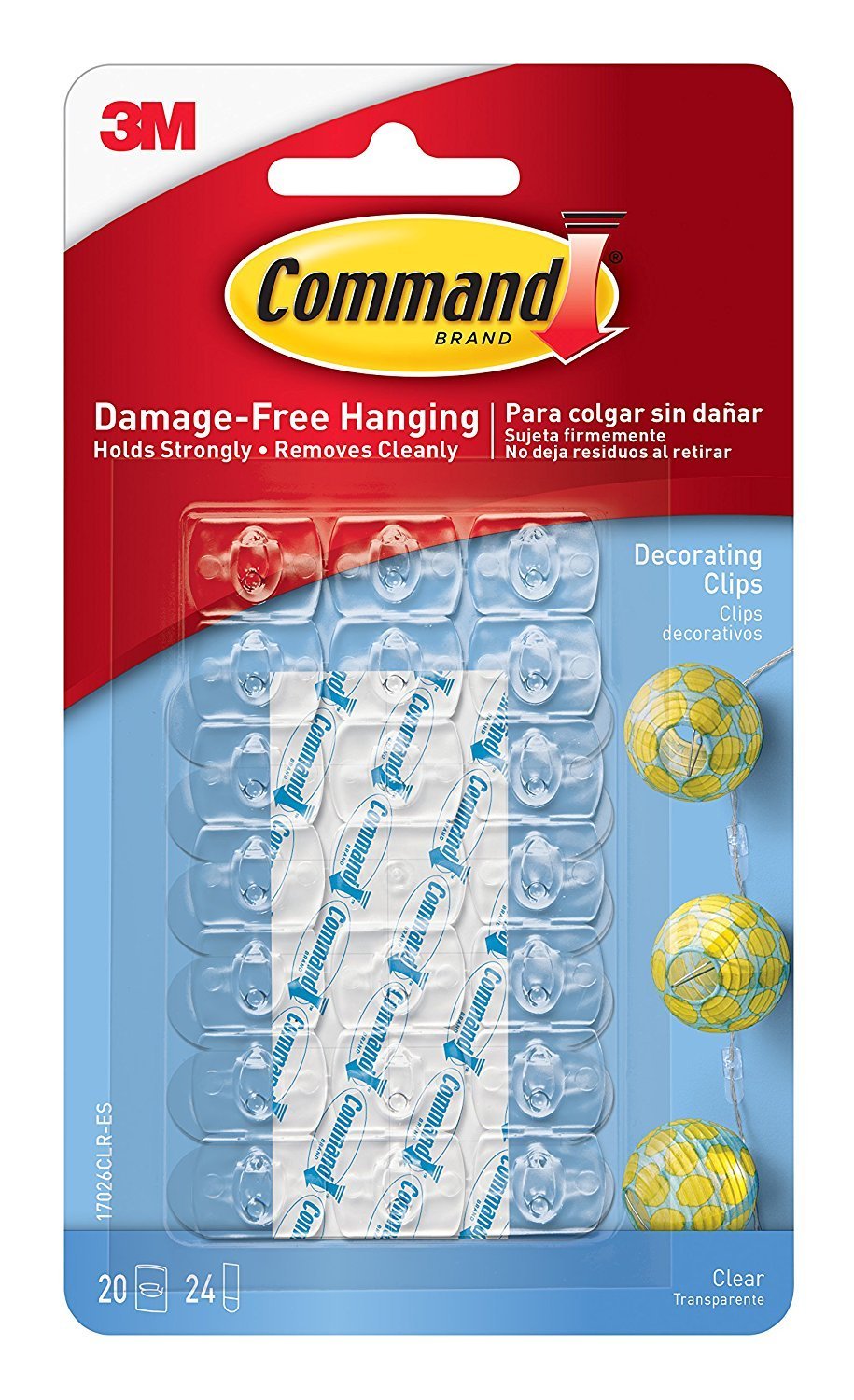 I discovered these thanks to one of my favorite clients, who had suggested we use them to hang garlands and bunting for the holidays/a birthday party.

What followed was a truly imbecilic display of us doing our best attempt to force effortlessly hung decorations. It was stupid, took us far too long, and we felt pretty ridiculous, all in all. But the clips were a stroke of tiny genius; nearly invisible and easily moved. In the end it was like ‘the more, the merrier.’ 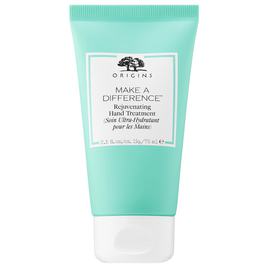 Hand cream is not a luxury item for me. Especially during the colder months, it is essential that I use it daily, lest my hands start to feel more like sandpaper than skin. Most creams don’t come close to providing the moisture necessary to rehydrate my hands. (Anyone who has experienced their finger webbings dry to a kind of crusty-paper effect will relate. And anyone who has experienced this crusty-paper-finger will understand that folding clothing in such a state is pretty much The Worst.)

At the beginning of December, I got fed up, went onto Sephora’s website and ordered every natural hand cream they had in stock. A couple of days later, a hefty boxed showed up, and I took my first tube for a test drive.

I never made it to the others. The first cream so fully satisfied my requirements that I no longer had eyes for the rest.

This cream can, with one use, bring my hands back to life. I apply at night, and I wake up to normal-human hands. Smooth finger webbings. Soft palms. The whole thing.

It has a perfect consistency in my mind: thick, but not overly greasy, absorbs nicely, and has a pleasant, very mild scent.

I told Elle about it. My sister from the same Mrs. And Mr., she experiences an identical sandpaper hand plight. So she bought it, and guess what? Miracle cure for her, too.

So listen, I could write about a novel more on this matter, but maybe do yourself a solid and buy the damn hand cream for yourself–I just bought my second tube.

(Also FTR I returned the other hand creams, because HELLO and HI and DUH.) 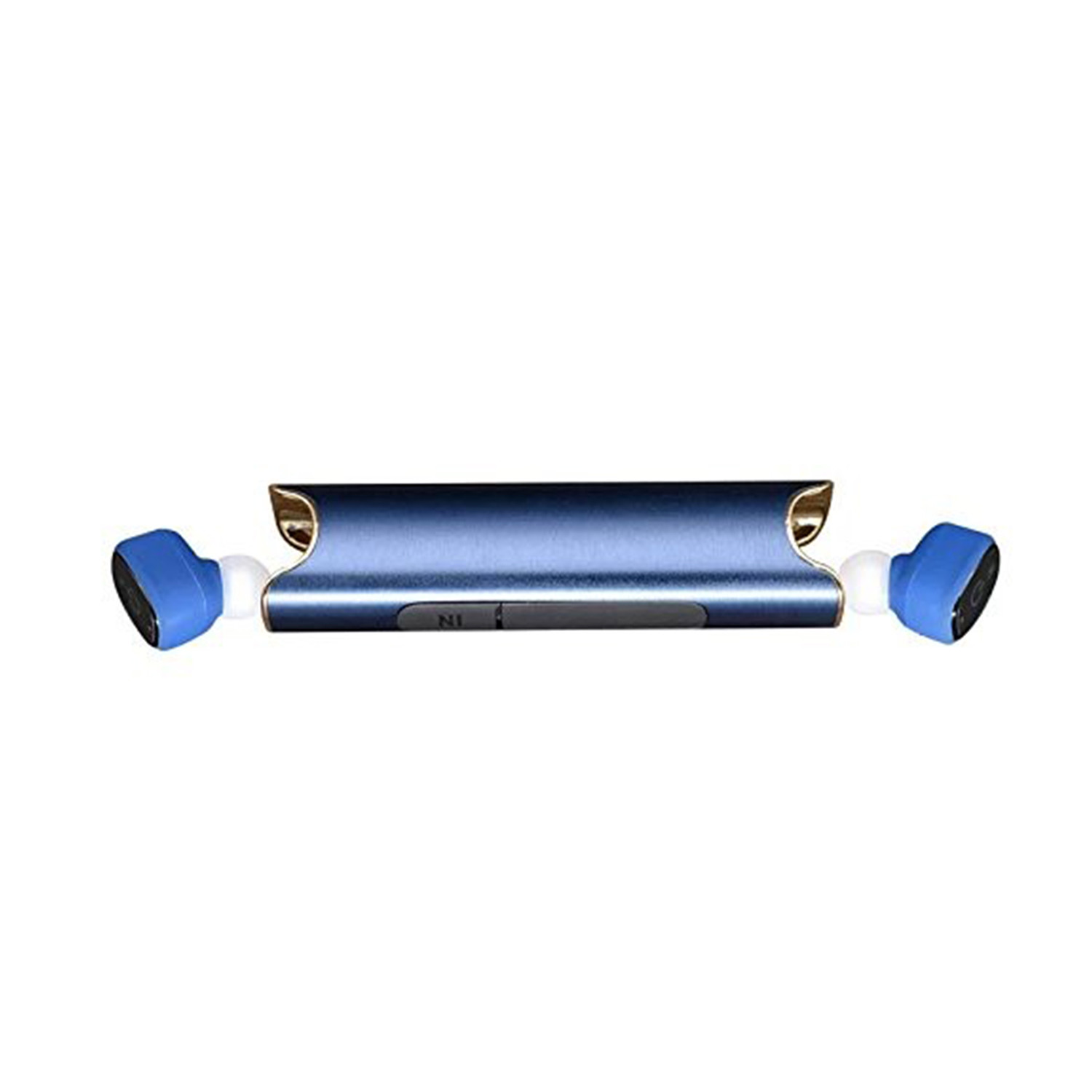 I am somewhat of a reluctant bluetooth sport earbud connoisseur. [Earmuffs dad] I use them for my daily, very sweaty work out, so I really put them through the ringer. I spend a lot of time researching the best ones to buy before I do so, and then inevitably, they fail, I get rid of them, and the cycle repeats.

These are, to date, the best wireless earbuds I’ve ever owned. First of all, they are true earbuds, meaning there’s no cord awkwardly laying on the back of your neck, smacking your back when you jump up and down. The sound quality is fantastic, and their range is impressive. But perhaps the most brilliant feature is the design of their storage/charging situation.

When you’re done, you place them at either ends of a pen-length charging case, which, itself, has a 20-30 hour battery life. I’ve been using my buds for over an hour every day, putting them back in the case for over a month now, and I have yet to charge the case a second time.