I’d like to take this opportunity to discuss broken stuff.

Yes, those items that are laying around your house right this moment (!), laying there broken, waiting helplessly, stripped of all their dignity, just waiting for you to take pity on them– take whatever measures are required to repair them or put them out of their misery once and for all. 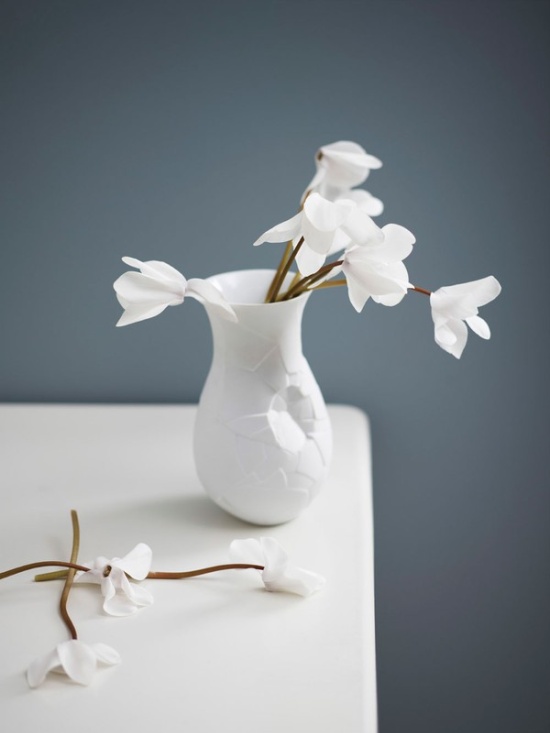 Here’s how it goes: you have something. It breaks. It proceeds to sit on your counter/in your drawer/in your closet/repeat until every area and surface is covered.

That’s it. I can’t even write the end to this scenario because I have so rarely seen it reach its conclusive state (i.e. actually receiving the repair it needs, or just being tossed out). And yet, I find broken stuff constantly cluttering up people’s spaces: garments ripped, torn, missing buttons, glass figurines separated from their heads, handbags with broken zippers, necklaces with broken clasps, a Mexican hand-painted vase broken into seven pieces, the smallest of which are corralled in a ziploc bag taped to the disfigured base, broken eyeglasses (!), broken cameras, broken–every thing which a person can own and which is capable of breaking, which is everything. They just sit there. Waiting. 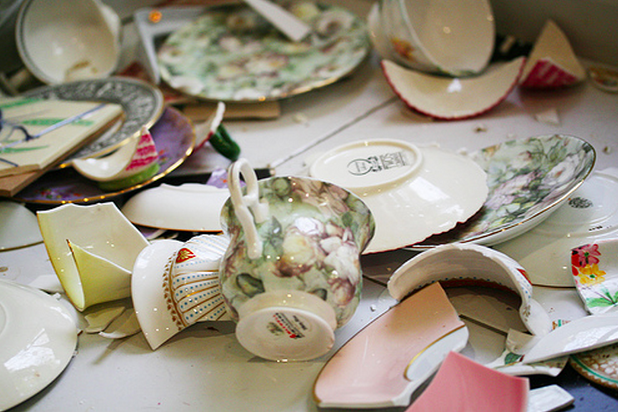 What is it about broken stuff that brings out people’s inner procrastinator/ lazy teenager?

– Having broken things around is not good feng shui, is bad juju, and is, if you can believe it, even worse woo woo.

The state of our surroundings and the individual items which occupy them are powerful influencers of our emotional state. When we are surrounded by broken objects, constantly looking at things that aren’t functional, we ingest that fragmentation. We begin to feel piece-y. And, the more time that passes, the more looking at that broken thing makes us feel bad about ourselves, and the fact that we still haven’t attended to fixing whatever it is. 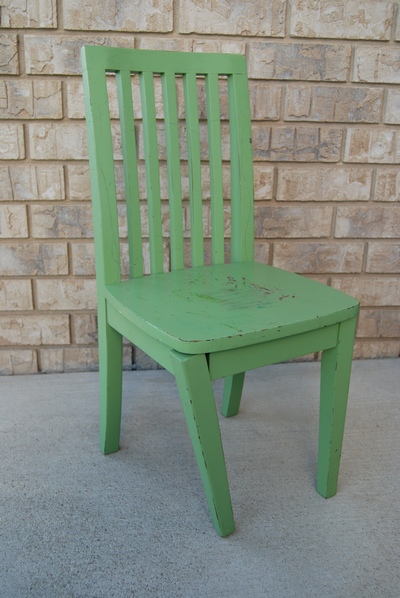 If an item has been broken for over 6 months (that’s being generous) and you still haven’t taken action to have it fixed, it appears as though you are just fine living your life without it. And yet the irony is that you continue to hold onto the broken thing because you continue to see the potential for regaining it. But to do so is to ignore what your inaction has demonstrated: that you don’t really need whatever it is, and/or that it isn’t all that important to you.

This is a call to action. Right now, today. It’s your last chance. Officially.

Go through your space and collect any broken things are laying around. Carefully consider each one. Will you do whatever it takes to have it repaired? To repurpose it? Will you? What’s it worth to you to have it fixed? Is it worth making ten phone calls/driving in the car/ dropping things off/ picking them up/ purchasing items needed to fix it yourself/ taking the time/spending the money?

If it is then do it. Today. This weekend. Make a plan, put it in your schedule and get. it. done. 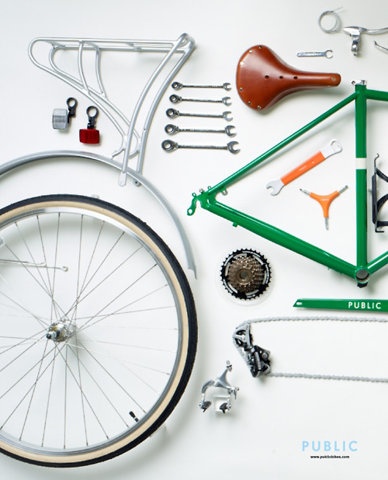 If it isn’t, then don’t. Don’t get it fixed. But don’t pretend you’re going to at some point in the future, either. Don’t let it continue to sit there, collecting dust, looking pitiful and crappy and making your space feel like crap which in turn makes you feel like crap. Just, let it go. Accept that it served you for a certain amount of time, and that time has expired.

(So tell me, what broken things do you have lying around that you’re going to take action on??)