It isn’t that small talk is hard, necessarily, or complicated; it’s called small for a reason, after all. But basic doesn’t connote bearability. Make small talk Simpler with these 5 tips. 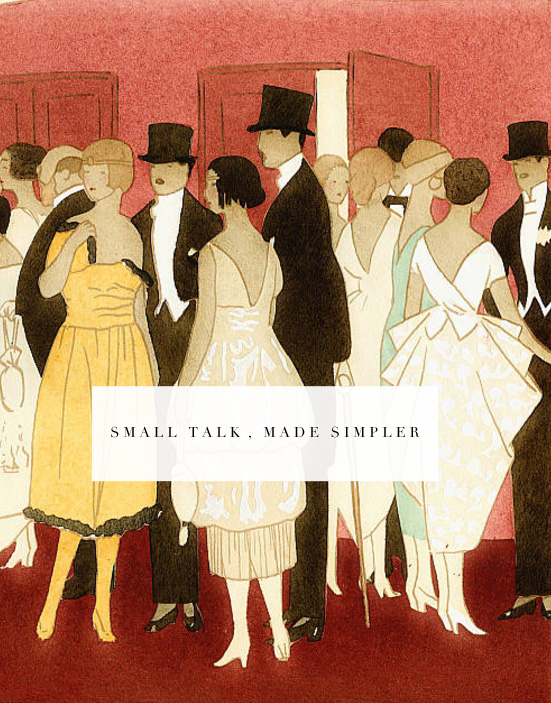 Small talk, when done well, feels like a little peek into someone else’s world. It feels like a no-strings attached interaction. It doesn’t matter if you won’t ever meet that person again, or that you have less than anything in common. What matters is that, through exchanging life-stories–however summarized and fragmented–both parties have their worlds expanded, ever so slightly.

The key is that you have to be interested and pay attention. And to be motivated to do this, you have to believe that the person you’re talking to, whoever it is, has something potentially valuable to share with you. Some nugget of wisdom. Or, an approach to life that’s the complete opposite of yours that allows you to internally reaffirm your approach.

There is learning to be had when people communicate and that’s a fact.

If you aren’t interested, if you’re turned off from the crowd and believe no one in attendance has anything to say that remotely interests you (You’re allowed! We’re not all bound to be buddy-buddy): stay home.

Faking it sucks, for you and for them.

Not every conversation has to have great depth. A stranger should be a little strange, after all (Name that movie. No really name it, would you? Because my mom’s been saying that quote forever and it occurs to me now I haven’t the foggiest where it’s from.) But if you engage on only the most basic, top-surface level, you aren’t very likely to get much out of the encounter.

You might start with “what’s your name?” or “what do you do?” but make haste to get to some juicier topic. “What do you do?” can fall flat, especially. Either the response sounds like the dullest or least interesting profession possible and you’ve got no where else to take the conversation, or, the person believes their profession sounds totally typical and/or boring and so they say it in such a way that quashes the convo flow.

“What do you enjoy most about that?”

“What lead you into that line of work?”

The goal is to mutually uncover a topic that lights both people up. 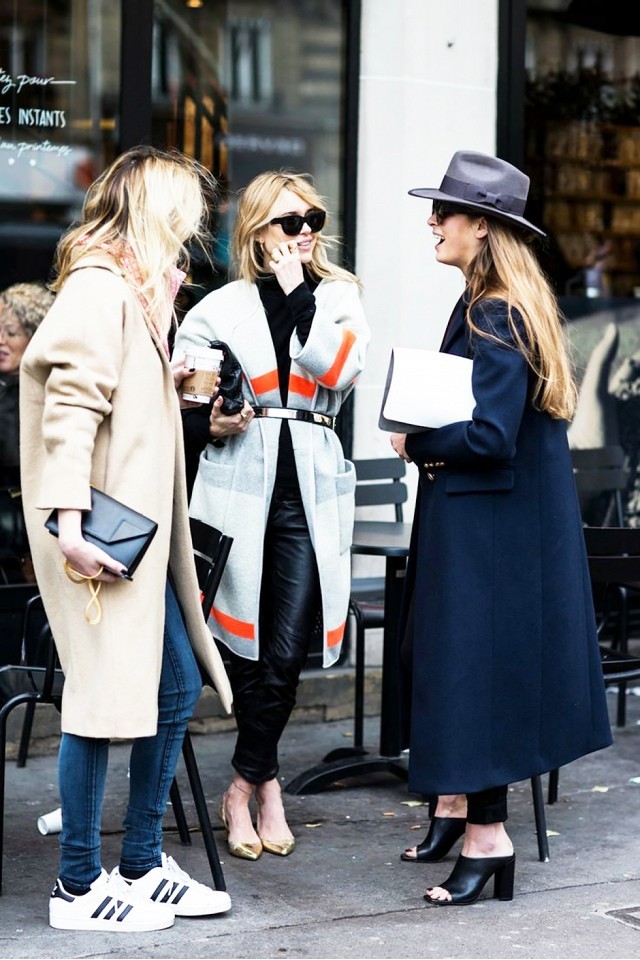 Forgive how cringe-ably awkward the old standby “What do you like to do in your free time?” is; that question, asked with whatever wit and originality you can muster, is the key that magically unlocks the next level of conversation.

If you can create the opportunity for people to talk about what they’re passionate about, you’ll engage them on their most genuine level. That excitement, conveyed and understood, paves the way for real spirit connection.

4. Show up to the conversation

Far worse than deciding the person you’re talking to is boring/wounded/not for you, is talking to a person who evidently believes themselves to be boring/wounded/insufficient. Anyhow, you’re likely led to those conclusions about a person because of how they present themselves.

Decide that you are utterly fascinating and totally unique–because you are, to anyone who isn’t you. It doesn’t matter if your job is typical or complicated, or you’re not well-traveled, or you aren’t up on current events.

You are nonetheless an original mix of interests, needs and desires, and if you’re excited about your life, big or small, corporate or entrepreneurial, young or old, at the very beginning of a chapter and filled with uncertainty or cruising in the fast lane in a long-ago begun venture, that excitement will be infectious, and others will not only listen to your story, but want to.

Stop worrying about how you look. Try to mute the voice in your head that’s wondering whether you have anything in your teeth. Definitely refrain from comparison of any sort. And really, in the most after-school special sense: just be you. Let that little light o’ yours shine, and watch as it ignites others.

Okay, so maybe you’ve had some solid interaction and you’re ready to talk to somebody else. Or to not be talking to who you’re talking to anymore. Whether it’s because you’re hella introverted and you’re maxed out momentarily, or your current conversation partner isn’t lighting you up, there may come a point when you’re really ready to be done with the small talk. Then what?

“I’ve really enjoyed talking with you! Thank you so much for telling me about______. So interesting/crazy/amazing to learn/hear_________.”

“I just spotted our host, and I want to make sure I catch him/her to say thanks.”

“I haven’t had a chance to chat with/thank our host yet; I’m going to leave you so I can do that.”

“I fear I’ve abandoned my date, so I’m going to say goodbye for now!”

“My stomach is rumbling–going to be a bee-line for the buffet table!”

“Enjoy the rest of your time!”

“I’ll see you on the dance floor!”

“I hope I never see you again!”

totally kidding about that last one.