Where To Start: Old Clutter Or Current Mess?

There’s a question that commonly gets asked by both clients, readers, and the general public alike, which is: if everything in my possession is a hot mess, meaning I’ve got a backlog of clutter and chaos taking up whole cupboards, closets, or rooms, except all that stuff isn’t even in my daily periphery because it’s been building up over time, and I have a hot mess which is all the stuff I’m actually currently using, like, where do I start?? 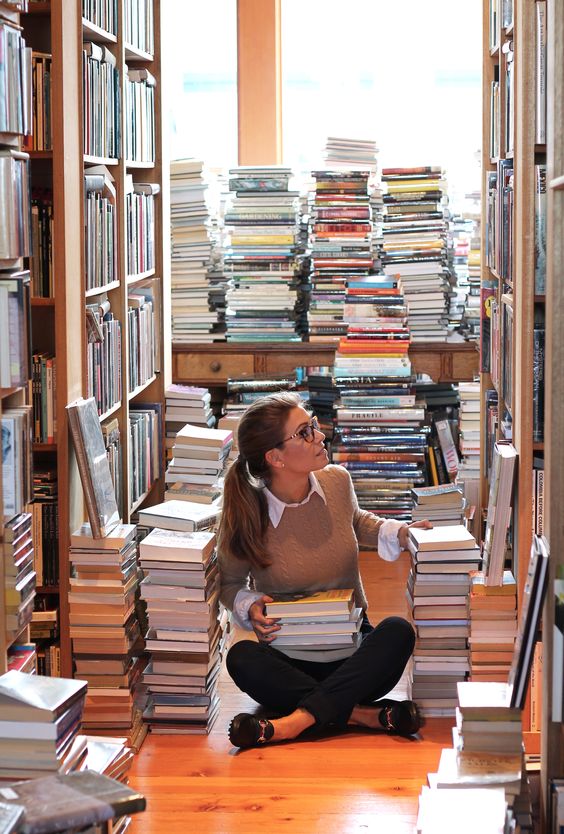 Truthfully, it doesn’t matter much, so long as it’s one of the two and not neither. After that, listen to your pain point. I find that some people are more disturbed and stressed out over the day-to-day current materials of their life, while others are at a place where they can’t sleep at night because of all that built up crap. Wherever or whatever is causing you the most stress is generally the best thing to tackle first.

Of course, that’s assuming there’s a clear delineation between your backlog and your recent materials. Sometimes, it’s fuzzy, as in: “It all feels equally bad!” Then what? 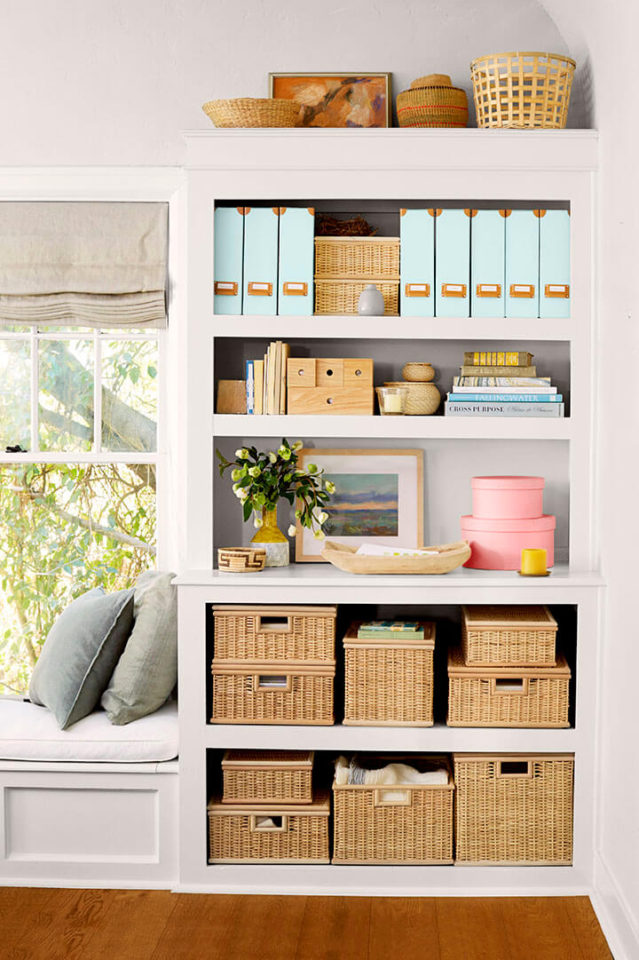 For the record, there is nothing I want to see you do more than free yourself from decisions of the past and clear out that old clutter. But here’s the key: that old stuff is old. It’s from the past. Meaning that it definitely needs to be edited, but it may or may not need to be integrated into an organizational system.

It needs to be dealt with, but it isn’t necessarily an integral component of your daily life anymore. (This is usually why old clutter or cluttered areas spiral so far out of control–knowing that the status of defunct items matters little to your present life makes completely giving up maintaining them okay. What’s one more bin/pile/shirt in this room of clutter that I one day have to face GULP GULP? 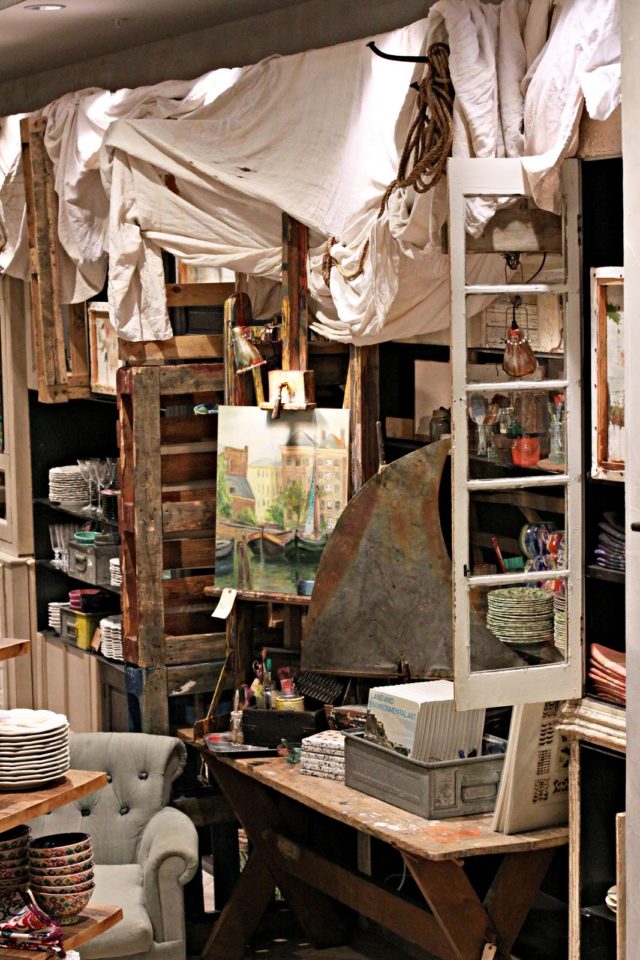 On the other hand, even if the items that are currently part of your and your family’s daily routines aren’t organized–and even if they’re fairly cluttered–I’m willing to bet they’re still better off than the old stuff. Because in some sense, they have to be. You have to actually use/ reference/ find them.

This means that the old stuff is often a much larger project than the supplies and belongings that are in your current rotation. Those newer things that you’re actually aware of, that you have some sense of their existing in your world besides just “a box” are thus usually more easily tackled.

This, in turn, may mean you arrive more rapidly at answers about what things you need systems for, what items you definitely want to accomodate in your storage concept, and what you’re currently finding challenging to keep organized. The more answers you can fill in, the more you can resolutely begin setting up your systems, identifying homes for your belongings, and establishing a sense of order in your space. 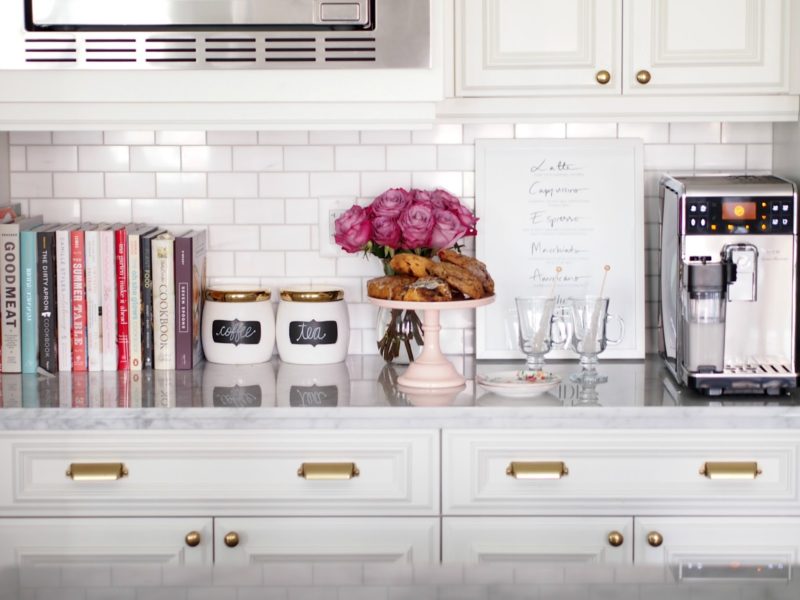 In contrast, it can take much longer to settle upon the same answers as it concerns old clutter. There’s a lot more to slog through, and a lot less that needs to be incorporated in a daily organizational system. What you’re more likely to find are mementos, things you’d like to keep that are destined to be display items, for instance.

So, for the sake of your sanity, and if it’s a coin toss between having peace of mind about a smaller section faster, rather than starting broad and having to hold out for clarity and order I say: stick to what’s relevant now.

Create a paper system for the papers you have on your desk now.

Design a pantry system based off of how you eat and cook and what you fill your shelves with now. 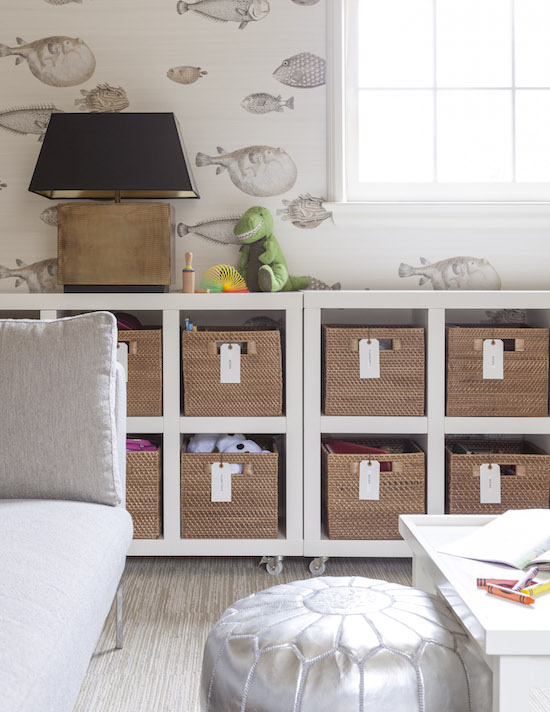 Yes, this can mean that you’ll need to do some adjusting as you uncover items in your crazy-land that are, in fact, still relevant. But then, this process is always a little give and take; that old two steps forward one step back shimmy.

So, even if it’s abbreviated, even if it’s somewhat temporary, give yourself the semblance of order as fast as you’re able, and using the items most relevant to your present life.

Support your sanity that way, so that you can more effectively face the larger dragon.