One Tip Tuesday: The Secret To Keeping Cooking Essentials Within Reach & Neat

We’ve spoken previously about the versatility and usefulness of trays and why they’re so effective (i.e. where there was once no distinct space for certain items, there still isn’t really, but there’s enough of one to trick you into thinking there is, which will make you act as though there were, so there may as well be). Today’s post offers the opportunity to enumerate on this fact by illustrating how the tray or tray-like things can serve as corral-ers of most frequently used cooking items. Conversely, one needn’t approach this topic from the platform of the tray at all, but rather as an isolated suggestion for keeping kitchen things neatly within reach. There.

So, the other day my client and I were reviewing the pantry system we’d previously designed. She remarked that everything was splendid, with the exception of the salt, pepper, and oil, which her husband had complained were too difficult to get to, being kept within a storage container in the pantry. She imitated him trying to get them out in that really dopey tone of voice that you know can only be reserved for those you love most.Anyhow, the point of this story is that we resolved to free the cooking essentials from the pantry, and just let them bask on the counter. But without a certain space allocated for them, they might appear as clutter, which might invite more clutter, which would be bad. So we put them all together on a tray, and hey, you can do that too! 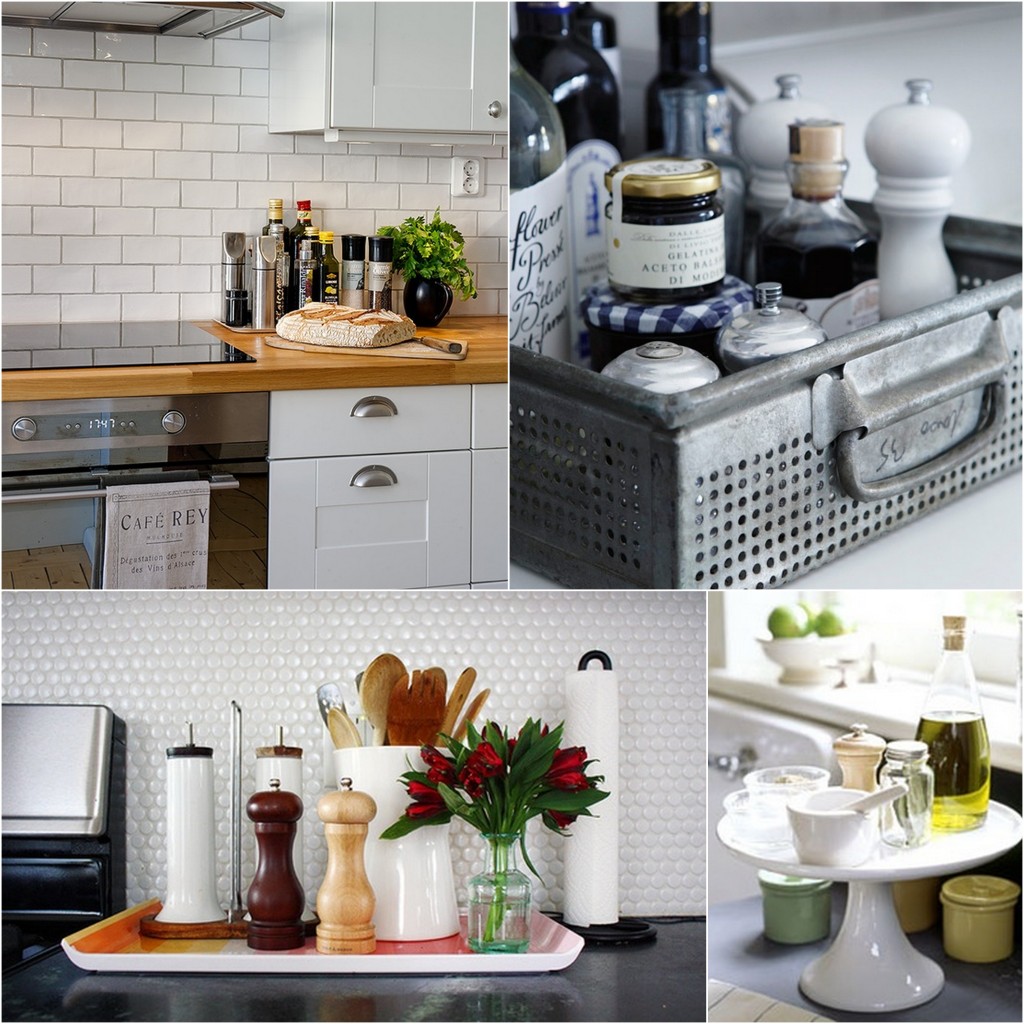