Old electronics that have long since died their slow death are a household staple. I can’t think of a home I’ve visited that hasn’t featured at least two decade old computers, not to mention an average of five antique cell phones.

When the proposition to expel such electronics arises (from me), the answer is invariably an inability to do so, or to take any action whatsoever, based upon insufficient knowledge of how to eradicate any sensitive information that may still be loitering within the harddrive of the computer that was last turned on 13 years ago.

It’s a valid concern, and it’s arisen with such frequency that I’ve concluded I have a responsibility to inform the masses. 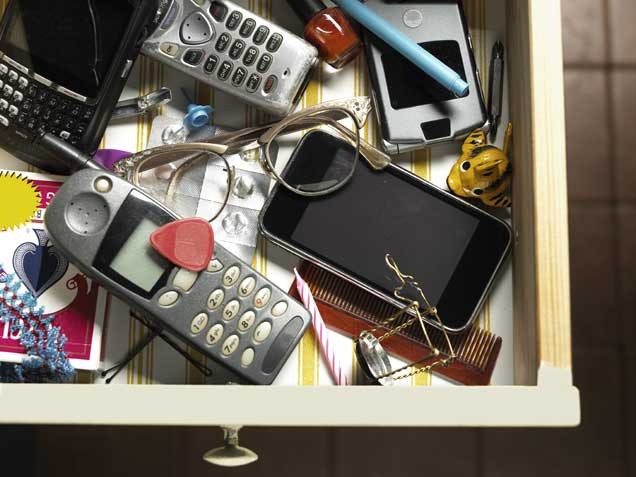 If you don’t have a desire to recycle the phone, you should just go ahead and destroy it. Like, stamp all over it until it’s in a million pieces and then trash it. If you are concerned that your phone should have a second life, do the following:

-Locate the “restore factory settings” feature on your phone. This is accessed differently according to phone model, so feel free to utilize The Google for guidance if needed. You should ultimately make your way to an option that allows you to reset all preferences/settings and erase all files. Do this.

– Remove the memory card and/or sim card if your phone has one. Doing so will go a long way towards removing personal data. Go ahead and destroy those babies.

– Kyle Marks of Retire-IT, a Columbus, Ohio, firm specializing in computer disposal, would then advise you to sell it to a company that refurbishes phones for re-sale. The reason, he says, is that such companies are then liable for any personal data recovered on a device they sell, meaning that it’s in their best interest to secure your sensitive stuff. 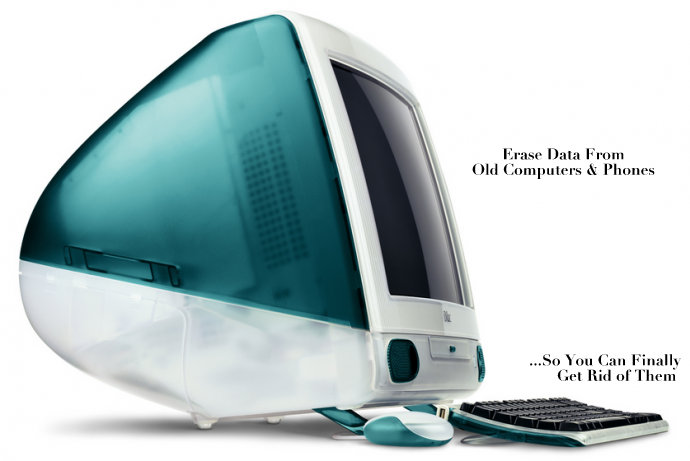 Wiping computers is a little more complicated. The reason, from my limited knowledge of technology, is that when you think you’ve deleted a file, you haven’t really at all. So go figure. What this means is that any information that you’ve placed in the trash and then emptied that is still recoverable by people who, you know, recover these things.

What you need is an external utility that will pass over the files at least three times. [Thanks to PC World for this mini terminology lesson: Drive-wipe utilities specify how many “passes” the software makes. Each pass signifies a complete overwrite of the data, so a utility that makes three passes overwrites your data with ones and zeroes three separate times. The more times you overwrite your data, the less likely it is to be recovered. Some utilities support “Gutmann”-level protection with 35 passes, but three passes is enough for the U.S. Department of Defense’s Media Sanitation Guidelines.]

The most reputable utility for entirely overwriting a drive seems to be Darik’s Boot and Nuke. Download it and set it to work. Geek Squadman Ron can give you a few more specific pointers with that.

PC World’s How to securely erase your hard drive

LifeHackers’s How Do I Securely Wipe a Computer? 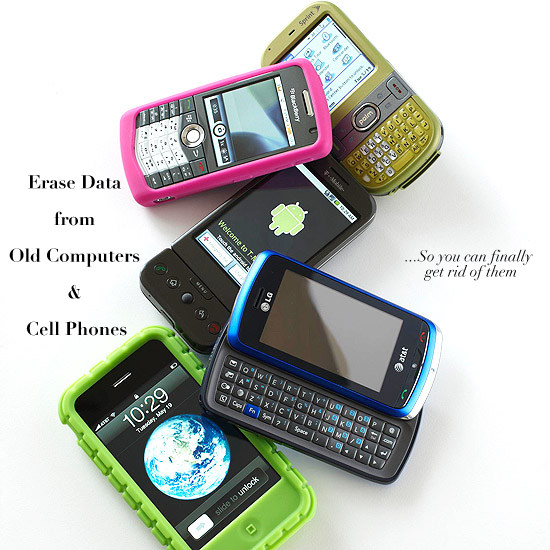 If all this sounds too complicated or too involved, then there’s always the option to just physically destroy the drive. You can still donate or recycle the computer afterwards sans drive.

Remove the drive from the computer (a helpful guide with pictures on that task here). Then get out your hammer and go to town. If you’re looking for some inspiration on the disk destruction front, have no fear, there appears to be ample.

Once you’ve cleared the personal data, go ahead and donate or recycle those old dinosaurs. Lucky for you, that’s a topic that’s already been covered around these here parts as well: Where To Recycle, Trade In, And Donate Old Electronics.

So there, now you know and you have absolutely no excuse for retaining a technology graveyard and we can talk about something else.