There’s a strange power that trophies, awards, achievement plaques, ribbons, certificates, and other such things hold over people. Having been assigned great honor and significance by the presenting party, be that a sports league, a committee, or an organization, these tokens of recognition can feel like mandatory possessions. It would be an abomination to even consider letting go of something that so many people competed over or vied for…wouldn’t it? 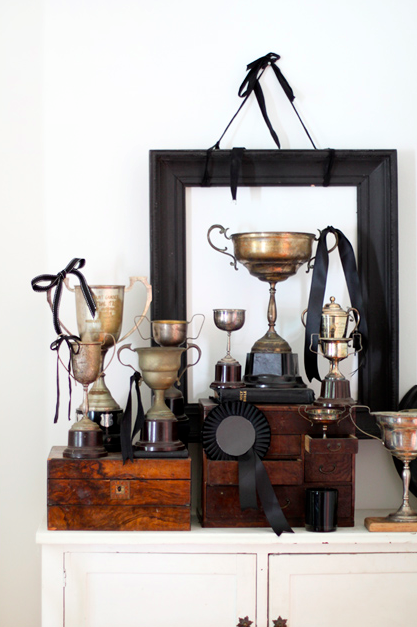 A talisman of success or prestige or recognition is a thing like any other, which is to say that it, itself, is meaningless. Its power derives from the meaning you imbue it with. And like all things, trophies and awards are things a person might ostensibly one day find that they no longer have an energetic connection with.

This isn’t a directive for you to scrap your awards if they’re important to you. This is merely a reminder that you are allowed to release any thing, including awards, if you no longer ascribe importance to, or derive happiness from, their physical form.

I don’t care if it’s a bin full of blue ribbons from your riding days, some weird structural glass object presented by your company, or your Harvard diploma (you heard me). If it doesn’t light you up, you are free to let that thing go.

No weird feelings of guilt allowed. After all, you’re the winner; you do what you want.