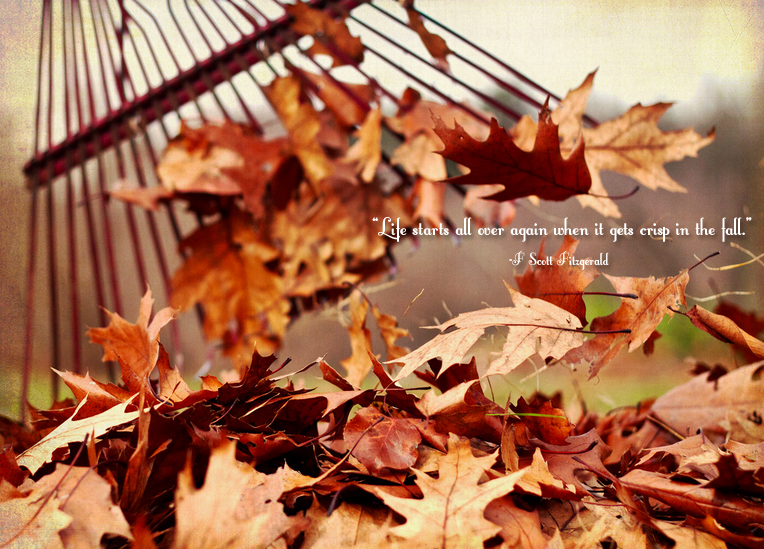 Meanwhile, earth has already begun her process of preparing for sleep, and the people have suddenly awoken from the last remains of the boozy, lackadaisical spell of summer. Now, they hustle about, gathering and sequestering excitements for later like furry-tailed squirrels burying nut-bounty. In the raw air there is the sense of anticipation, a getting ready.

Neighborhoods fill with the sounds of leaf blowers and rakes as people dutifully clean up what nature has expelled, the curbsides becoming thick with piles of now wilted leaves. And everywhere can be seen the vibrant orange of gourds swollen with seeds and oozy guts or hollowed out, their grooved surfaces sliced into patterns of varying design.

The streets are increasingly vacant throughout the day, and one assumes that would-be drivers have retired to a fireplace somewhere, in front of which they sip hot chocolate and spiced apple cider from forest green mugs, their fingers groping the heated glass appreciatively, allowing the steam to caress their faces, their feet obscured by thick, woolen socks.

The cold seeps in through a crack in the universe, a quiet breeze growing ever stronger. Pores tighten and skin flakes in retaliation, knuckles purple and lips show the first hints of a split. Projects left abandoned in the flirtatious first days of spring are once again taken up: knitted afghans and bulky novels.

Still, the sun breaks through the clouds intermittently in strained but determined rays. The people jovially don much-labored over disguises, exhilarate in acting foolish on purpose.

They are at a juncture. A shifting, as the world continues to steadily rock in circles upon its axis. They have been here before, and they will inevitably return. Each moment is a portal into this time in years past. With each further beckoning towards death they lament their mortal fates, they retreat deeper into their nests.

And all the while they revel in the comfort of familiarity: much has changed, and everything is the same. The world is a constant; the seasons, I can count on.