Now that it’s officially October, it feels appropriate to address the orange and black elephant in room: autumn & halloween decorations.

I have a select few clients who truly delight in decking their house to the nines with seasonal decorations. Everything in their home gets autumn-and-halloween-ified, right down to the hand towels in the guest baths.

But the rest of my crew? They want to expend as little effort on seasonal decor as possible, while still appeasing any young children’s proclivity to “get into the spirit.” They want to participate and invite festivity into their homes, they just want it to be easy. And non-heinous.

In recognition of this, I published a post entitled How To Decorate For Halloween (& Other Holidays) Without Losing Your Sanity, Spending All Your Cash & Over-Loading Your Storage Space, which lays out general strategies one might employ. Today’s post is a follow up, with specific examples done exceedingly well by other people.

Without further ado, let’s look at how to decorate for the season with minimal effort and maximum impact.

1. Firstly, there’s the home of Blake Tovin and Suzanna Frosch (via Country Living), which makes a solid case for buying a mess of cobweb-y gauze and laying it out in a place of prominence. Also: bat cut outs. When in doubt, Bat Silhouette. 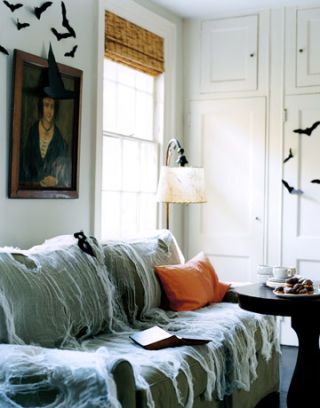 2. Meanwhile,  Midwest Living goes to show that a crowd of black birds is enough to conjure some sophisticated Creep. 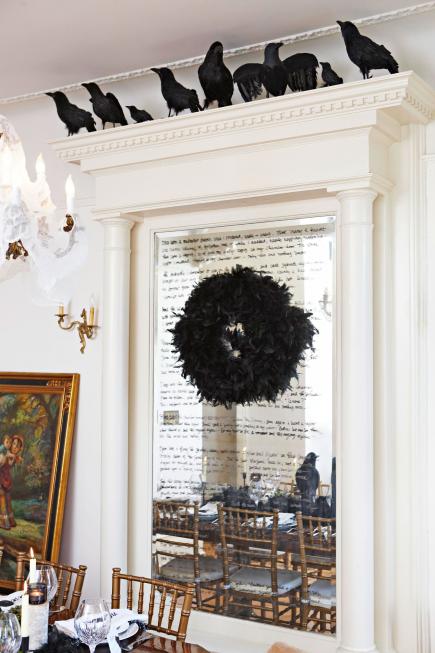 3. The mantel, if you have one, is always a prime place to pay homage to the season at hand. Concentrate your efforts on your focal point. That’s the key to success. 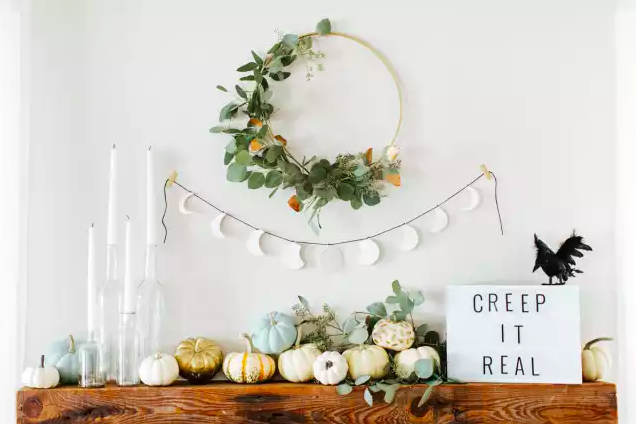 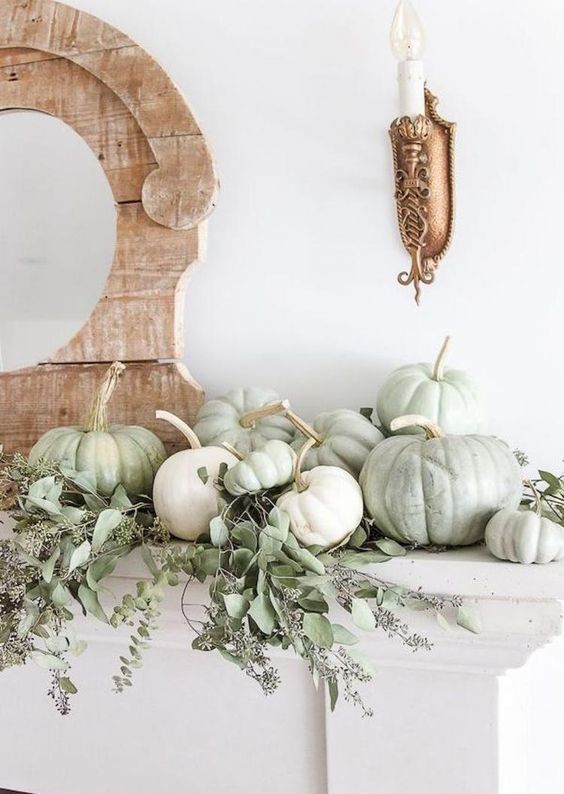 Image credit: So Much Better With Age

4. Take your table’s centerpiece seasonal. It’ll be seen by everyone, since everyone eats (we hope), and since you must simultaneously use the surface for its main and intended purpose, the decor must remain restrained in scope. Tricky, tricky. 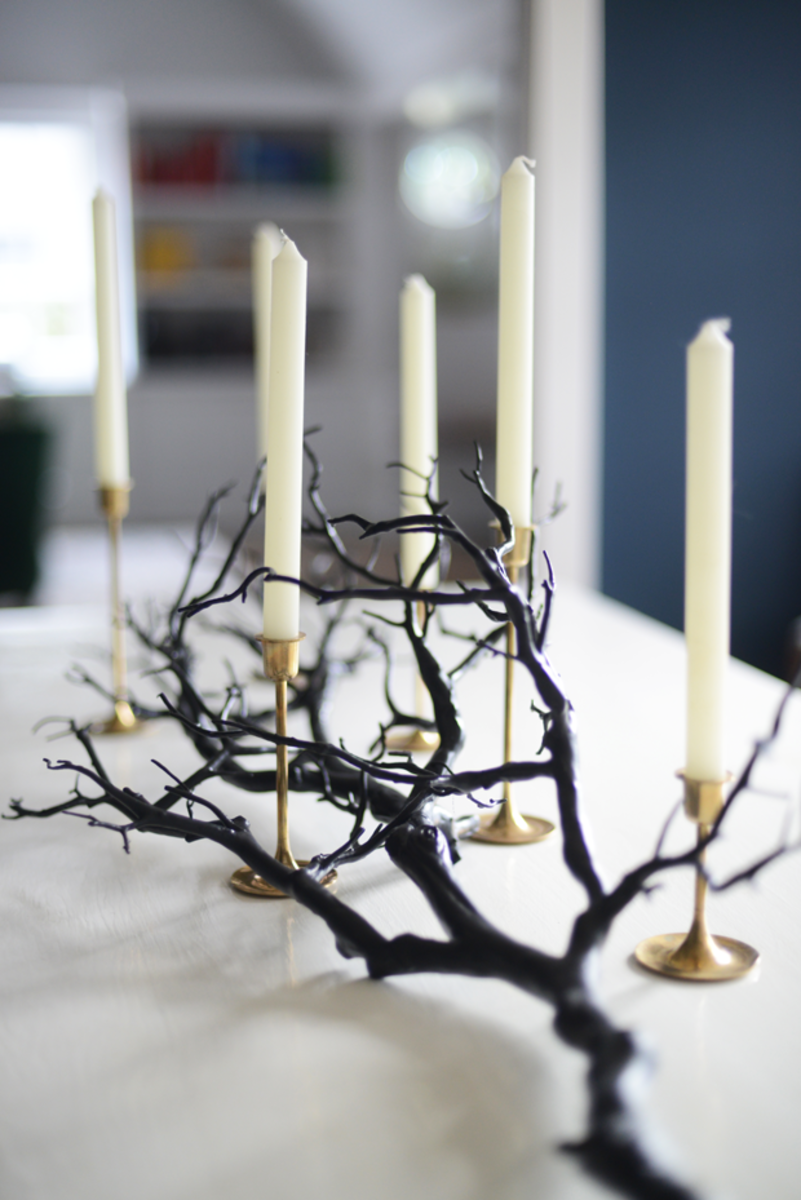 Cupcakes and Cashmere proves that a stick painted black and a few tapers’ll do ya. 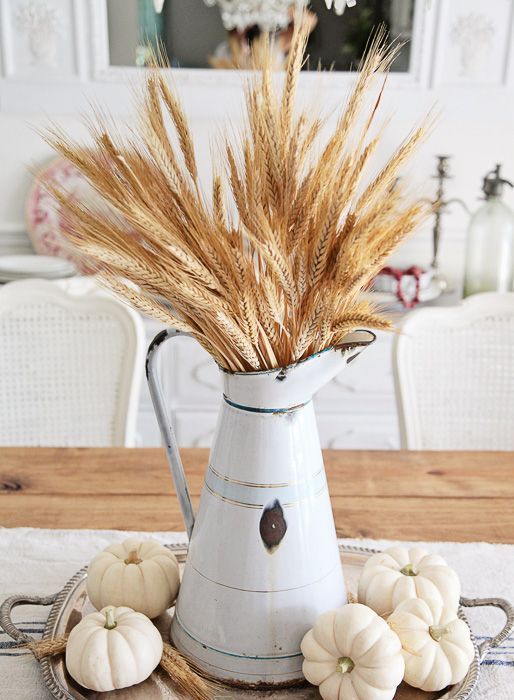 And Shabby Fufu makes a very respectable case for the pitcher-of-wheat-and-white-pumpkin combo. 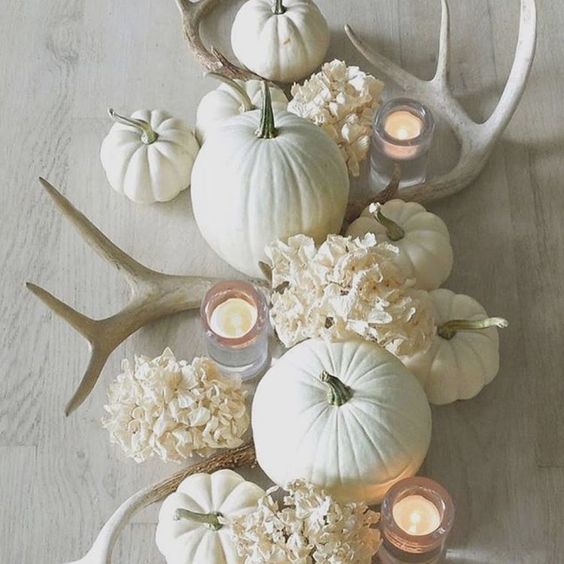 MaryKaroscloset is out to prove that monochromatism and a non-preference for the color orange do not prevent a person from being able to embrace the season.

5. Wreaths are a bit hit for good reason: they’re a single punch knock-out that conveys festivity to not only your family, but your whole dang neighborhood. 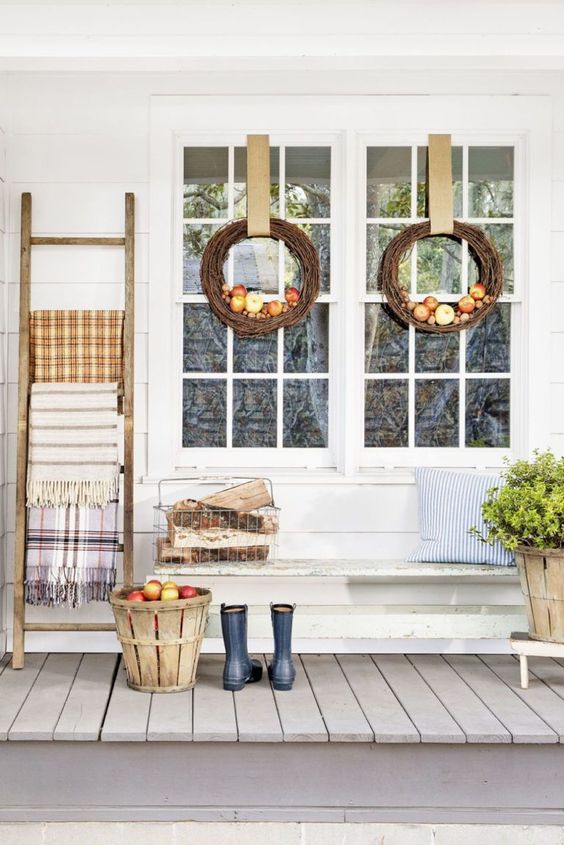 Christopher Shane (for Country Living) festooned a pair of wreaths with apples, leading a rustic ladder against the porch and threw some textiles over it, and you’d swear it look like Autumn-Kingdom Come.

Lest that feel like too much work, I remind you, once again, of the power of the bat shape: 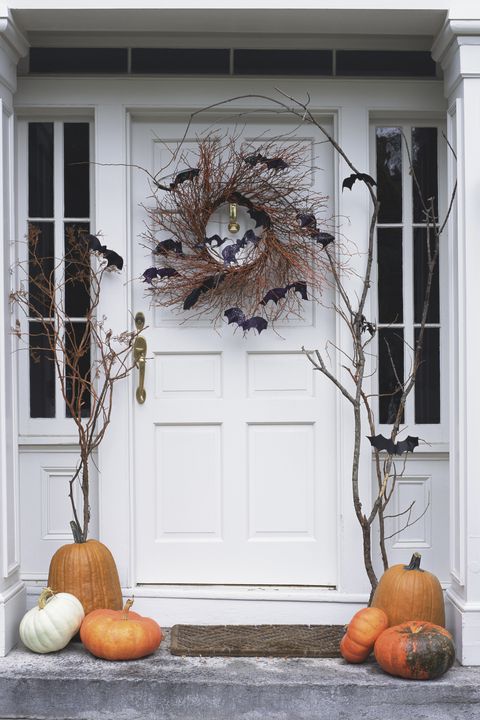 6. Finally, for the most lazy and scattered among us. Get ready for it: you blow up a few balloons, and then you draw the faces (which you might have carved into pumpkins) onto said balloons. And then everyone calls you a genius and you take a very festive bow. 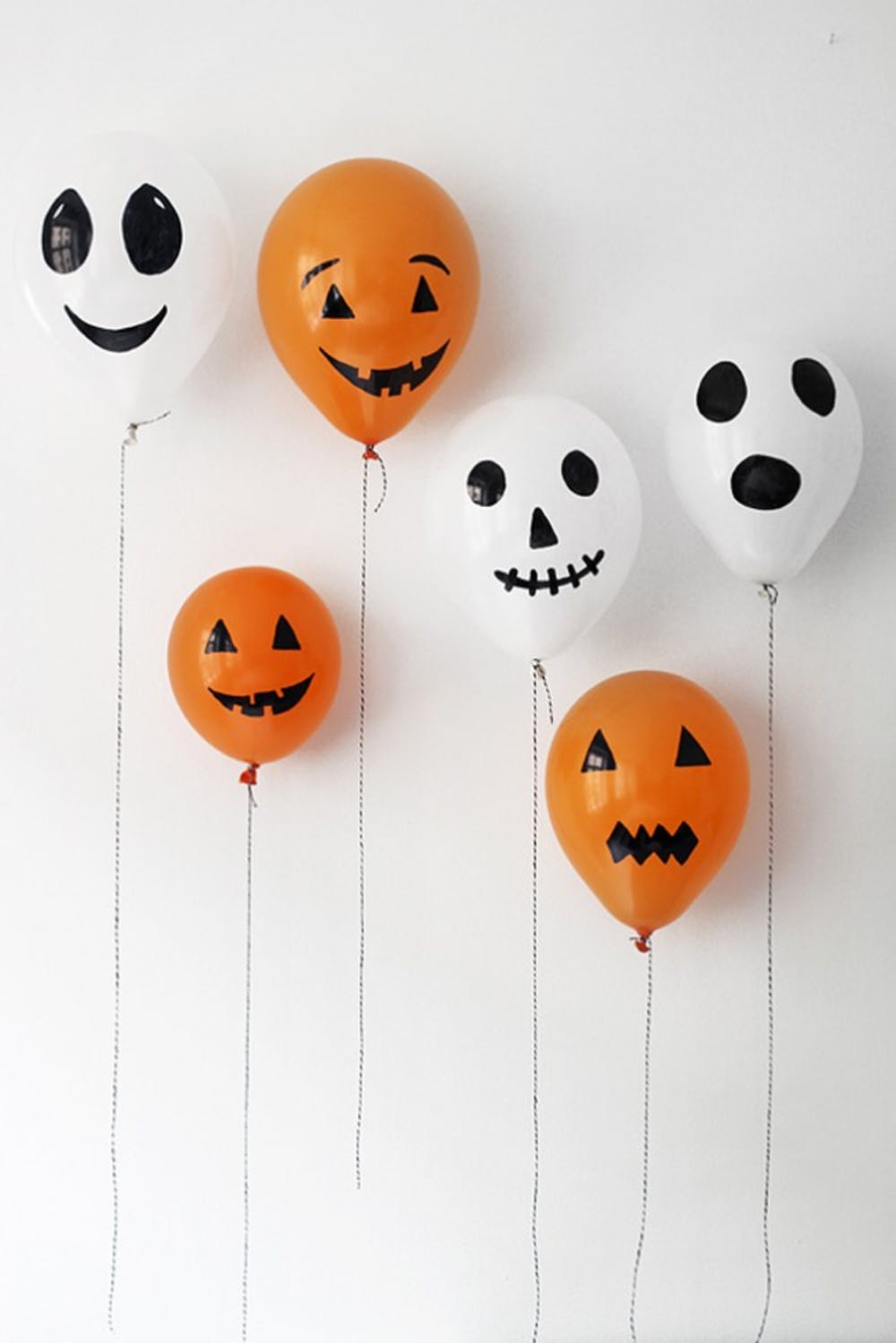 How To Decorate For Halloween (& Other Holidays) Without Losing Your Sanity, Spending All Your Cash & Over-Loading Your Storage Space