For some people, there are few things more dangerous than a completely clear surface. It doesn’t matter if it’s a kitchen counter, a desk, a dining room table–if it’s empty they will fill it. In my experience, you are either naturally a person who can respect and maintain a clear surface or you just aren’t.

My work with clients has made me hyper aware of this distinction. Naturally, I work with such individuals to unlearn various habits and learn, instead, more effective ones. I’m conscious, however, of that fact that on some level that intrinsic tendency is rarely fully erased. While I want surfaces to be as clear as possible, I know that if left too barren, they will actually attract clutter. “Here,” they will say, “is a space to put down all the things.”

Counterintuitively, you may actually need to fill the surface space in order to avoid the accumulation of clutter. The trick lies in the presence and arrangement of things on said surfaces. Surfaces need to be occupied with just enough stuff so that they, themselves, retain their uncluttered vibe, and so that they also communicate a lack of free space on which to deposit random things. 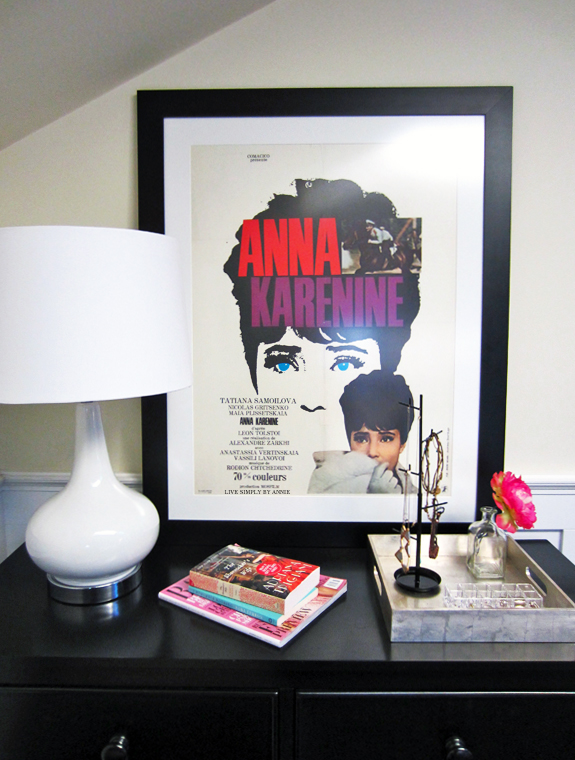 Here’s an example of a dresser top that manages to strike that balance. You can see that everything on it has been deliberately placed, with the goal being to use a minimum amount of stuff, stretched out to cover a maximum amount of space. 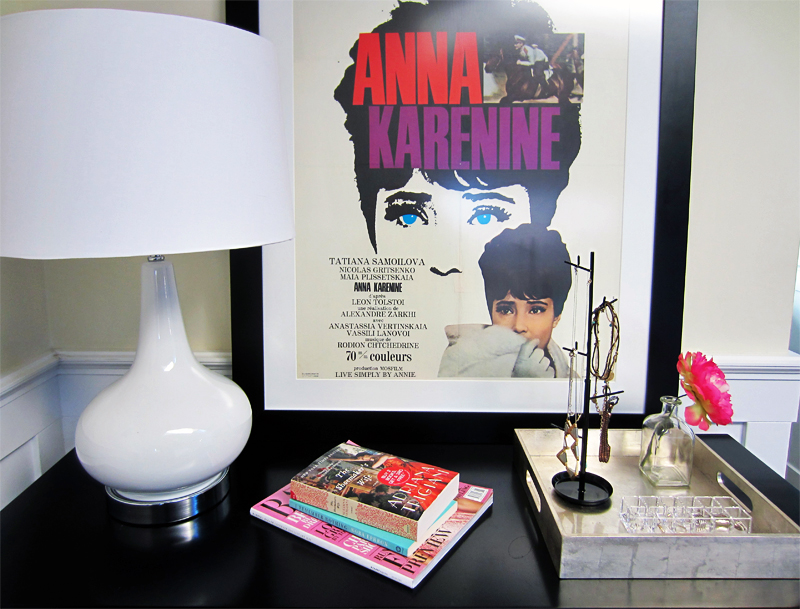 You can imagine this surface as having three zones, and you can see we’ve filled each (although, technically, I wish that lamp would scooch forward just a couple of notches because the area in front of it is a tad too wide-open for comfort). The lamp fills the first zone, a modest stack of reading materials, slanted purposefully to tell the eye: NO VACANCY fills the second, while the third is easily gobbled up by way of a tray containing a few jewelry items.

That same principle is mimicked on the tray, itself, on which things are situated so that the tray feels just full enough, but still remains blissfully light and clear. 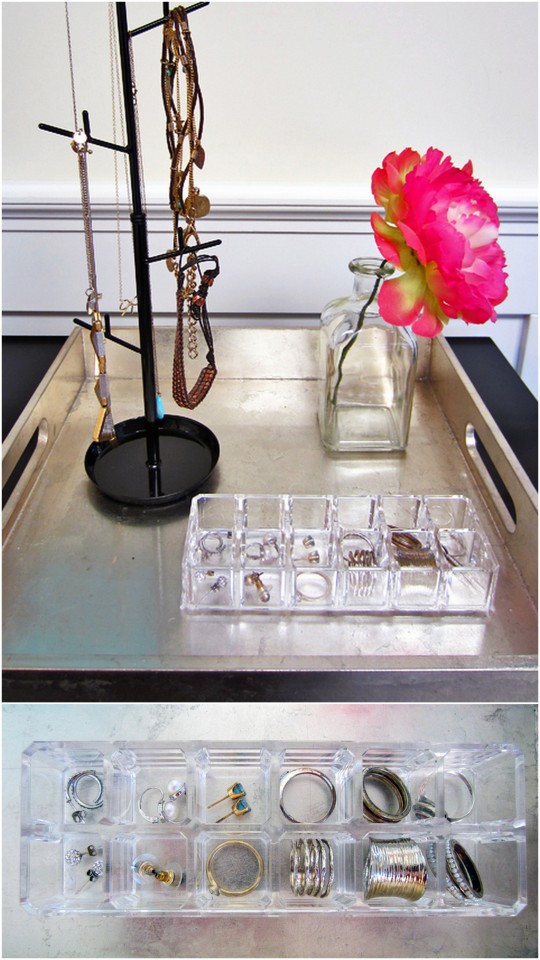 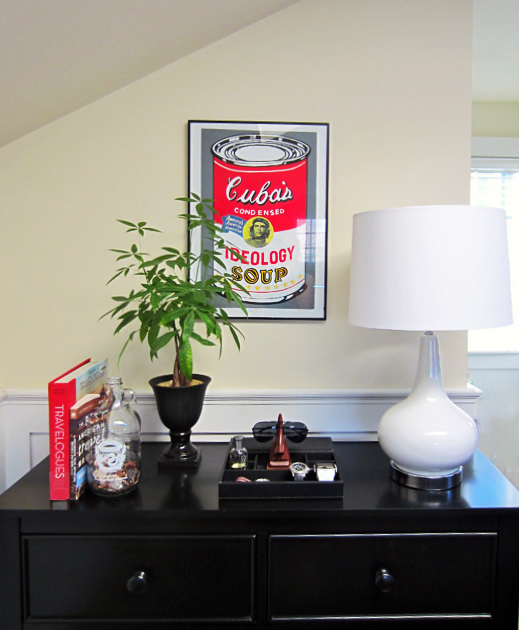 Once again you can see how things are arranged purposefully so as to make the surface feel decorated and generally like it belongs to a human who lives there full time, without at all verging into the cluttered realm. There is a perfectly reasonable amount of stuff present that fulfills both the form and function boxes. Everything is placed far enough apart so that the surface, itself, feels neat and orderly. Yet it’s close enough together, too, to dissuade the collection of clutter.

Ultimately, of course, it all boils down to the overarching principle that governs Live Simply spaces–intentionality. It’s taking the time to think about where and how you’re putting things, about creating displays that are satisfying to the eye, and that inherently, and simultaneously, deter clutter. It’s an art, really, one achieved through practice.