I may be the only one–although I hardly think I am–who has puzzled over the proper storage method for keeping bread fresh. It’s just that you see it done in so many different ways; my mom and dad always have their loaf of that really natural, seedy Ezekiel bread in the refrigerator, while in other households, the countertop bread box seems a culinary staple. And then there’s the bakers and bakeries, themselves, who seem merely to rely on open baskets and shelves.

Evidently, my curiosity finally triumphed and I turned to The Google.

As it turns out, the answer was perhaps rather difficult to acquire because the answer itself is complex. It involves science and stuff, and I ain’t real good at that. But I persevered, because I love you all so, aren’t I a chum if ever there was one? 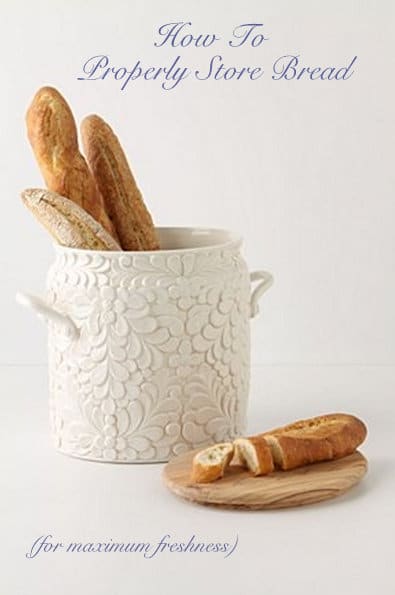 Basically, from all I’ve ascertained (one particularly knowledgable source found here), the debate that contains to wage of refrigeration vs. room temperature-ation comes down to your preference in the lesser of two evils.

Evil 1. The fridge staves off the growth of mold. However, it will also drastically increase the rate at which bread goes stale. See, as soon as bread is removed from the oven and begins to cool, a process occurs called “starch retrogradation,” wherein the starch molecules inside the bread begin to crystallize. Crystallization draws water from the bread, causing the loaf to go stale. Refrigerating bread speeds up this process by six times. 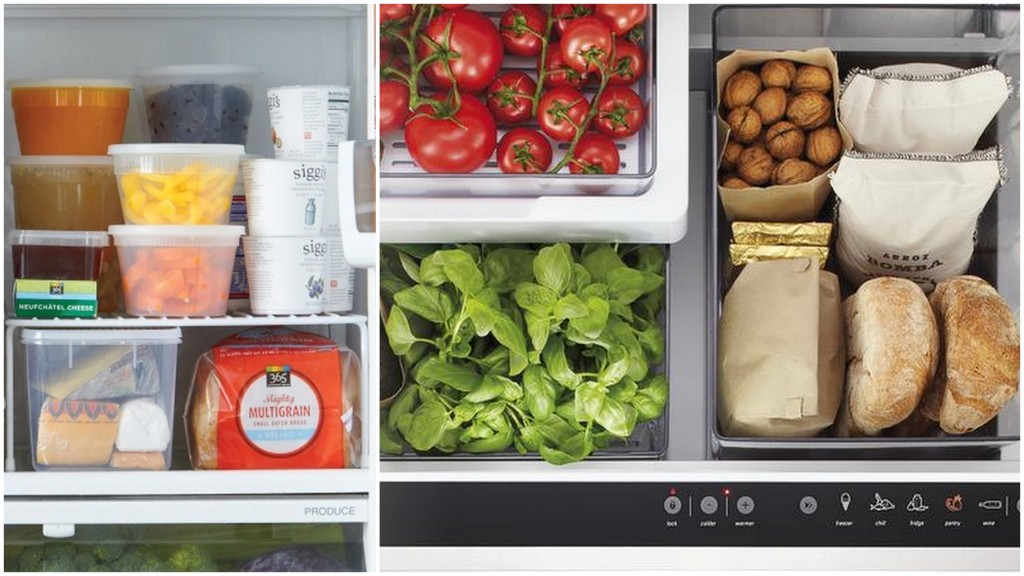 So, that’s pretty much out.

Evil 2. Storing bread at room temperature ensures the loaf will retain its texture, while significantly cutting the amount of time pre-spoilage. If you’re going this route, you need to be conscious of the bread’s exposure to air, which affects the loss of moisture. Plastic bags are appropriate for soft-crusted sandwich breads, as the plastic traps in moisture, preventing the loaf from drying out. Hard-crusted, fresh breads, on the other hand, need breathable storage, like paper or cloth bags, bread boxes or ventilated drawers so that a bit of moisture can escape, ensuring the crust stays nice and firm.

Bread + room temperature = shorter lifespan and fresh to death while it lasts. 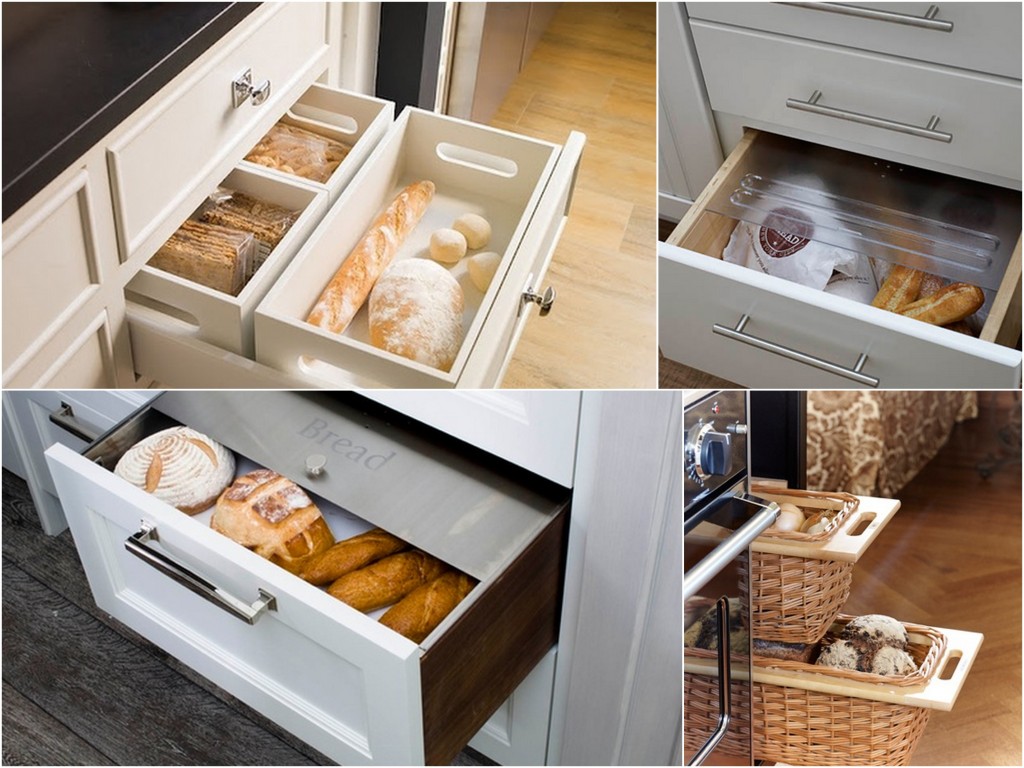 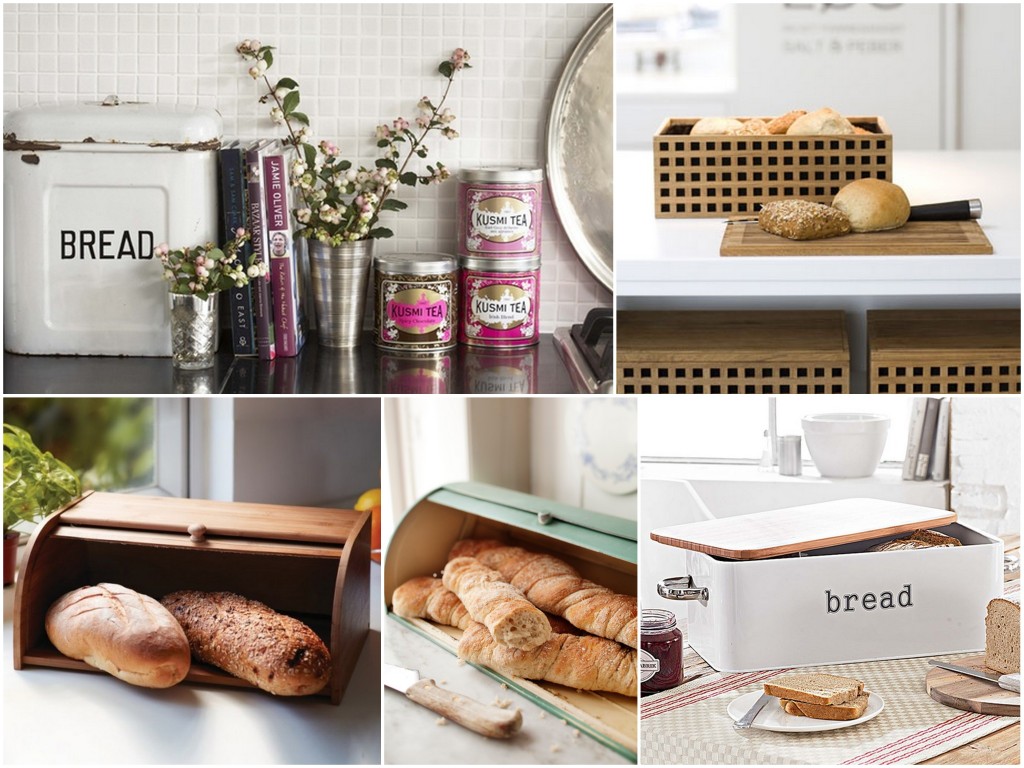 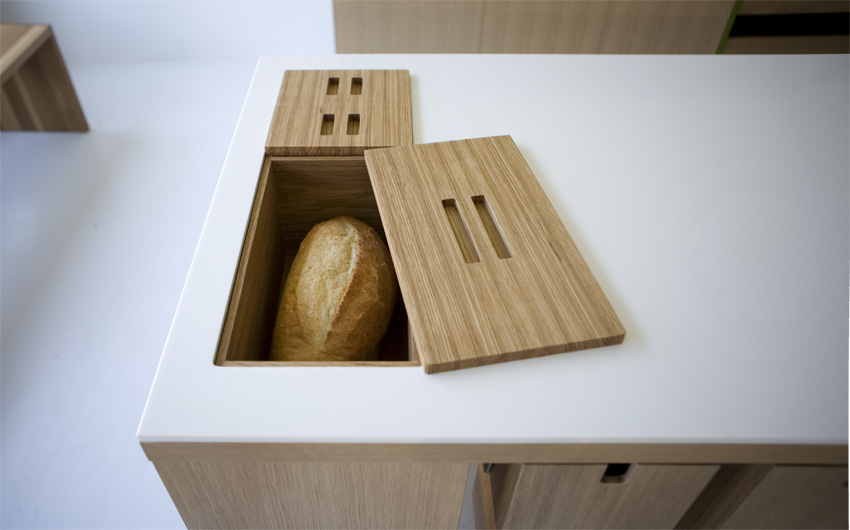 The final note when it comes to bread storage and freshness is that unlike the fridge, the freezer is actually your friend. Freezing bread paralyzes that fancy science process referenced above, sort of um, freezing it in a stable state. Bread should be frozen as soon as possible after baking to ensure that when you bring it back to life, it’s had as little chance as possible to do the starch-changey thingy.

Oh, and that’s the other bit of good news– bread can be brought back to life with heat, as we’ve all experienced, as heat reverses the retrogradation. Heat bread in the oven or toaster and never the microwave (unless your goal is to create a piece of rubber with which to patch your tire). 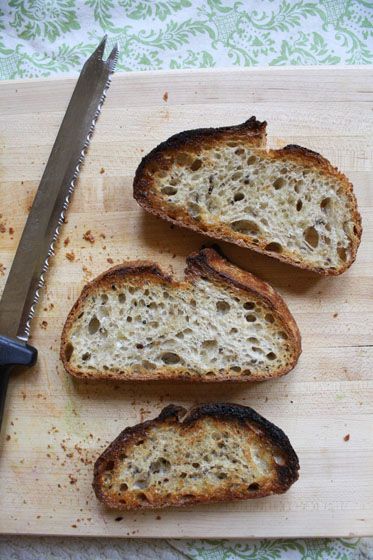 And now, the bottom line and most undermining piece of information included in this whole post: good bread isn’t meant to be “stored” at all, but scarfed up immediately (there’s a reason bakeries can’t sell day old bread without identifying it as anything other than “day old bread” because who would want that, anyway?).