Last week, whilst assembling the post Live Simply All-Star: Under Shelf Storage, a rather curious thing happened. Rather than the typically and mass-produced under-shelf slide-on-baskets I was seeking and expecting to find, I was instead bombarded by the images of glass jars screwed to the underside of shelves. 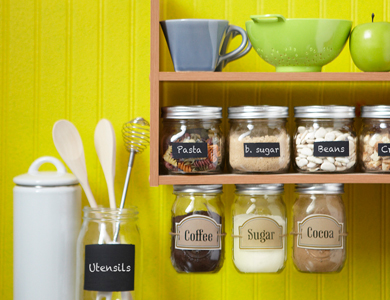 Now, I’m no stranger to this concept. I’ve seen it done before- have probably even posted a picture or two of a jar nailed to a shelf  bottom on this very blog. But holy mason jar! Between the last time I checked in with the under-shelf region and now, this idea, like sunless tanners and cell phones, has really caught on! 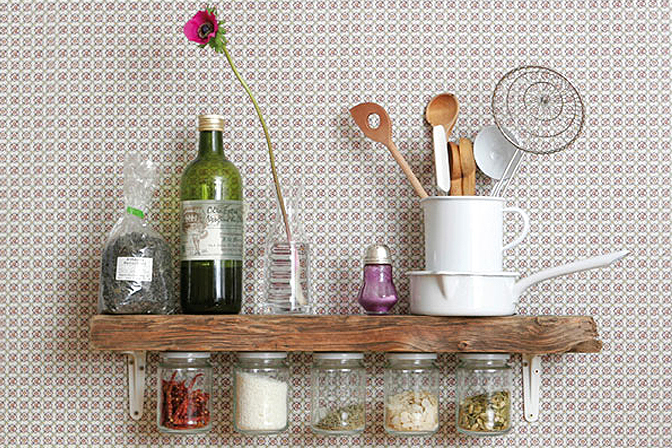 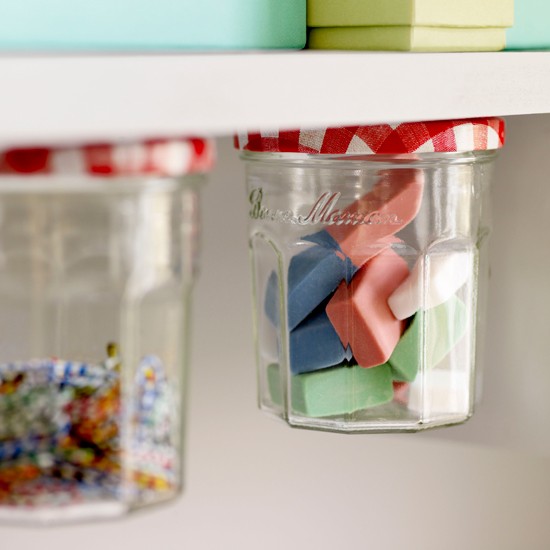 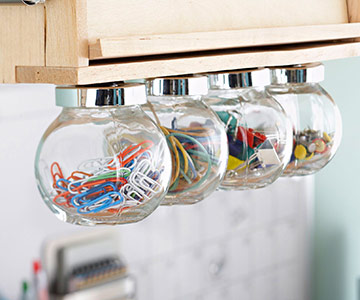 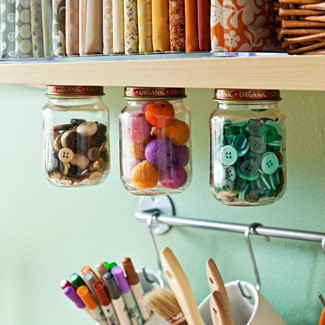 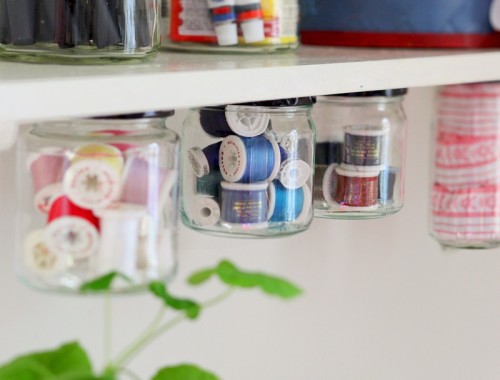 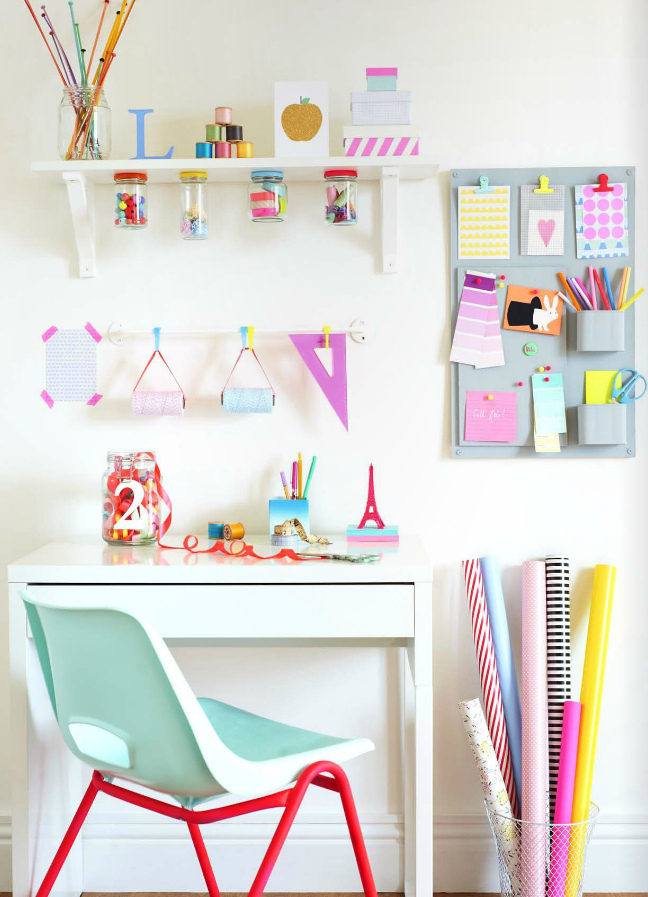 The episode left me in a bit of a quandary; Does the trouble it entails to hunt down some screws, a drill, and jars and then actually complete the installation warrant the ultimate storage pay-off? Is it just a case of DIY-gone-too-enthused, a sort of “I can so why not?” The amusement of a “hey, look, you can screw a jar into the bottom of a shelf and it still holds stuff!” Or was it really just the populous taking the jar by the lid and showing their lack of storage space whose boss/ handyman?

In the end, I decided I couldn’t decide, and therefore did what any good blogger would do– resolved to poll the audience. 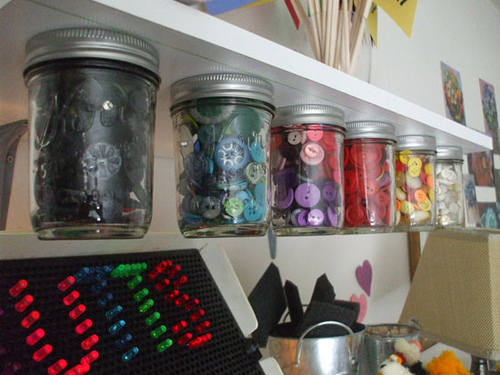 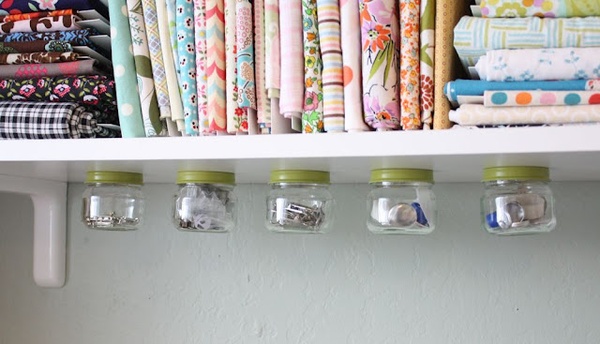 So now I must know, dear reader, what’s your judgment on the under-shelf-jar-storage? Niftier than nifty? Or “You must be joking, I don’t have the time to screw some lid into some shelf, only to have to unscrew and screw it back in every time I want to access the thing being held inside, I’d rather just shove a few more jars on the shelf, itself, thank you very much?”

You see the dilemma, I’m sure. So please, cast your vote. Your vote counts. Lives will be changed by the outcome of this election.