Mostly I try not to encourage you in the direction of collecting or finding reasons to keep around old, worn down stuff because you seem fairly capable in that realm as it is. But occasionally there’ll come along a concept so all together functional, not to mention easy, that I make an exception.

Such is the case with old ladders, which, it turns out, are quite useful in numerous storage and decor scenarios and my conscience feels pretty okay walking you through those today. 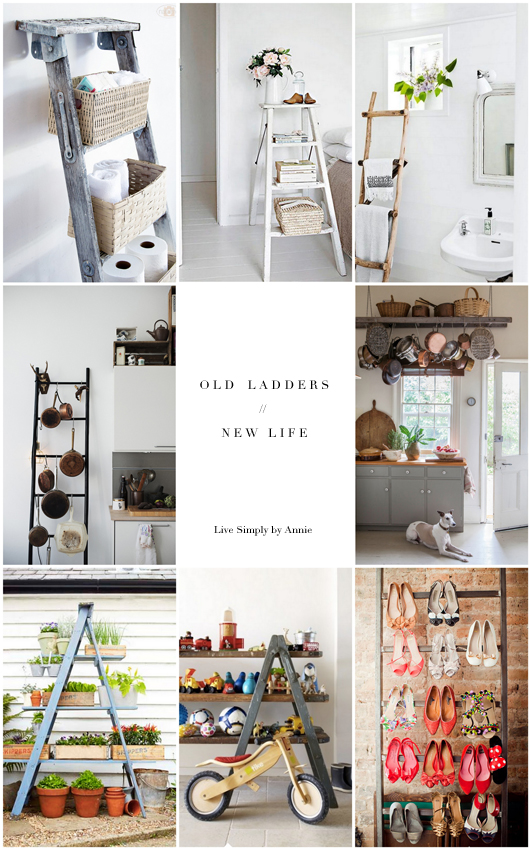 This concept was introduced way back when, and is still as appealing an option now as it was then. A ladder is a winning way to store and simultaneously show off your shoes.

If you don’t consider your pairs pretty enough to look at you’re out of luck. 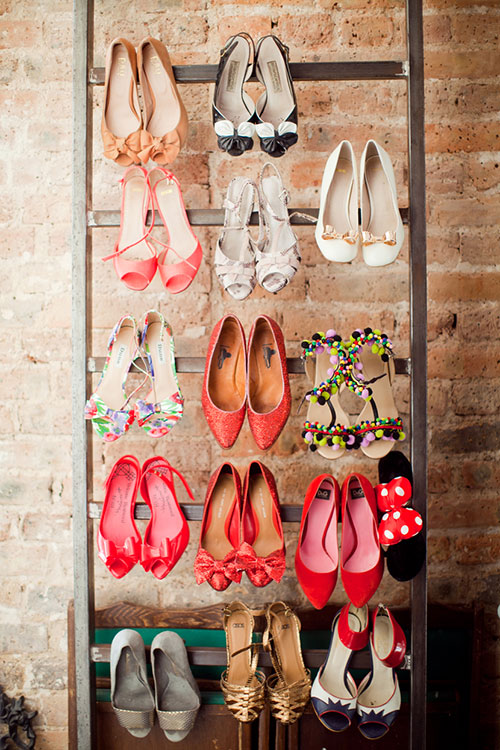 2. Old Ladders Pretend To Be Pot And Pan Rack, Succeed

If you’ve got an old ladder and some S hooks then you’re in business my friend, the pots and pans storage business. Here, two versions of the concept, both solid, both reasonable for kitchens lacking in sufficient drawer/cupboard space.

Option 1 is for the DI-Why-ers of the world, the ones lacking such things as a power drill or the knowledge of where their closet Home Depot is located (not that we would want to generalize and label here). Basically, you take your ladder and you lean it up against your wall. Then you hang your pots and pans. I know, so easy you could do it while juggling pineapples. 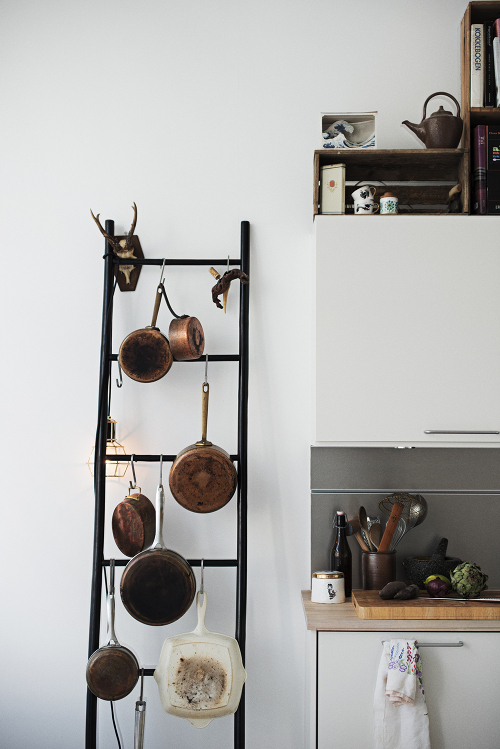 In option 2, the old ladder is suspended from one’s ceiling, monkey bars style.

You know, I kind of miss doing the monkey bars. Or maybe I don’t. Did the swinging back and forth make up for the raw palms? Remind me. 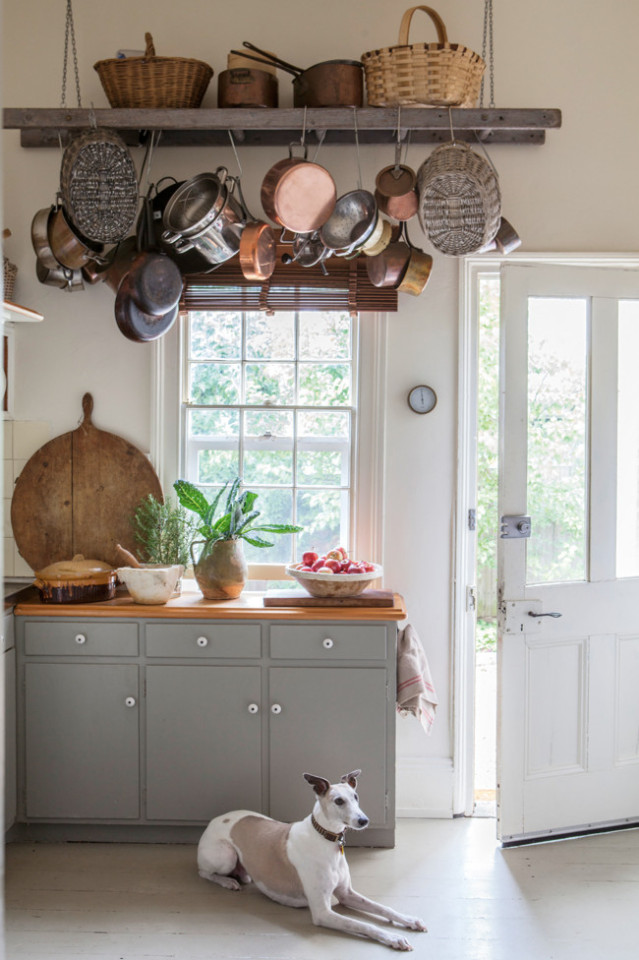 I’ve seen examples of this concept in every room, the old ladders used to hang everything from tea towels to crocheted throw blankets. And you know what? It worked every time is what. 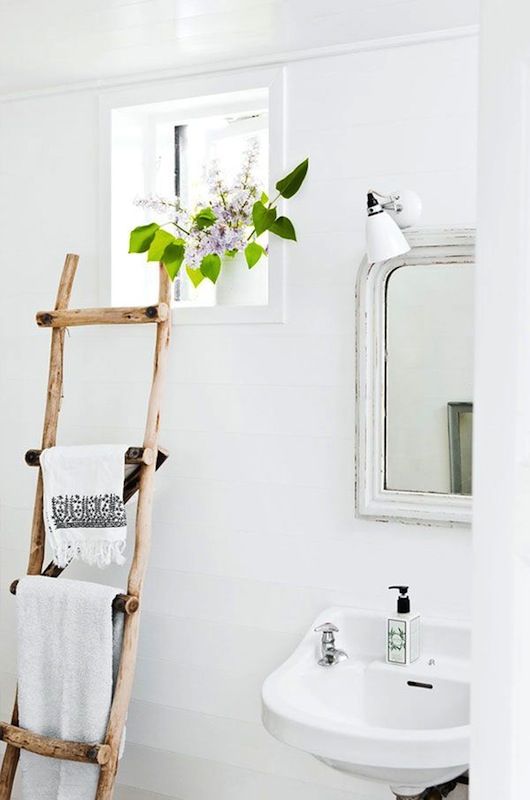 Well I guess I just blew that one with the heading. Surprise! 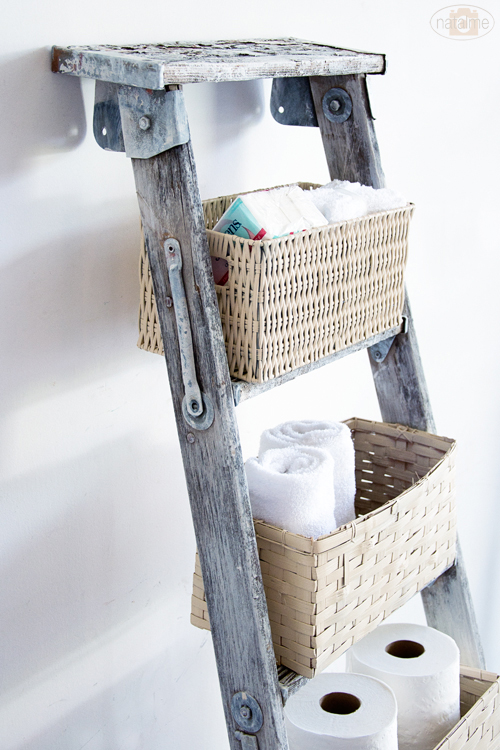 This is quite a clever and rawther chic offering in the roundup, wouldn’t you say? And while it won’t give you drawer space for your socks, the ladder-nightstand will give you multiple levels for all your various bedside essentials. Because no page should have to wrinkle just because your book and water glass had to co-mingle. 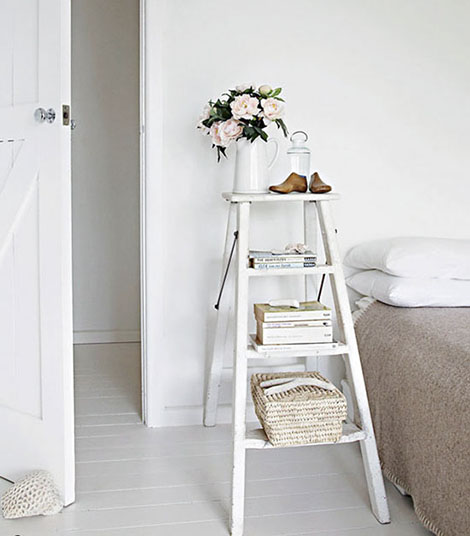 Another way to utilize the old ladder is to outfit it with some wooden boards, thus creating a free-standing shelving unit that has an interesting architectural element to boot. 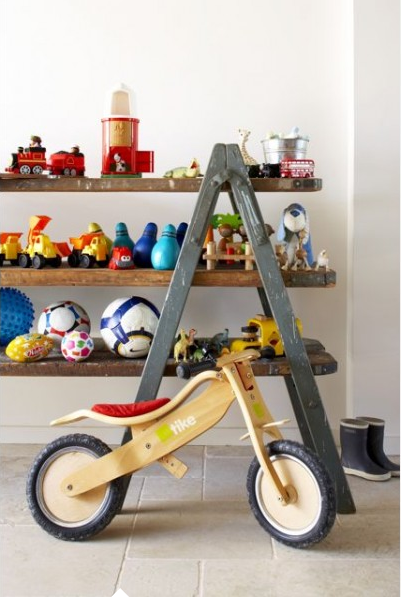 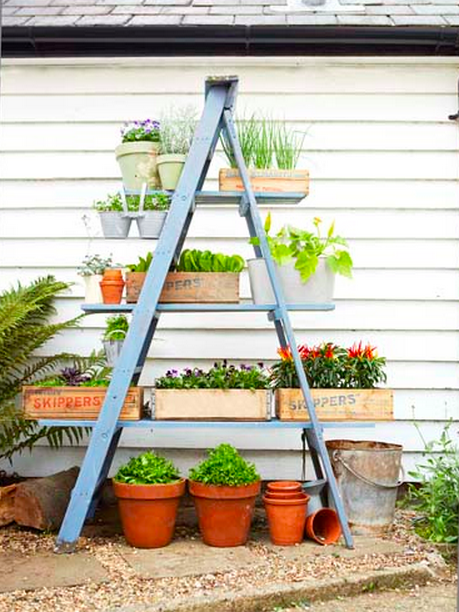 There are numerous other possibilities–hopefully these six will get your balls rolling. Wheels spinning. That sounded better, huh?

Let me know what your favorite of the bunch is or another great use you’ve seen for the old ladder.