In today’s edition of ideas that aren’t mine which came not at all from my own brain, a real thunker of a great plan stolen from the pages of the latest Style At Home Magazine. 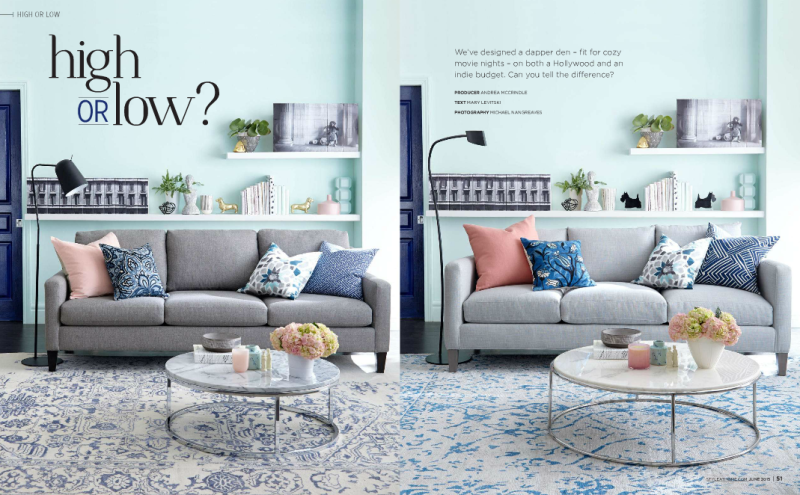 See the thing about this idea is that you’re staring at it in the picture above but I bet you don’t even realize you are. Or at least, I certainly didn’t despite studying the images carefully before deciding the space on the right was definitely the “high”(the throw pillows and rugs are always the tell). 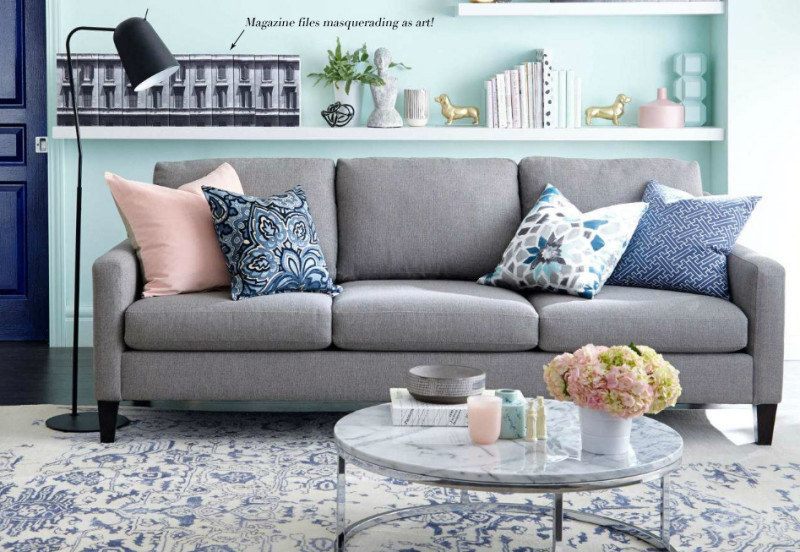 But not a flip of the page later and it was revealed that what I had written off as art was in fact a series of magazine files masquerading as art. 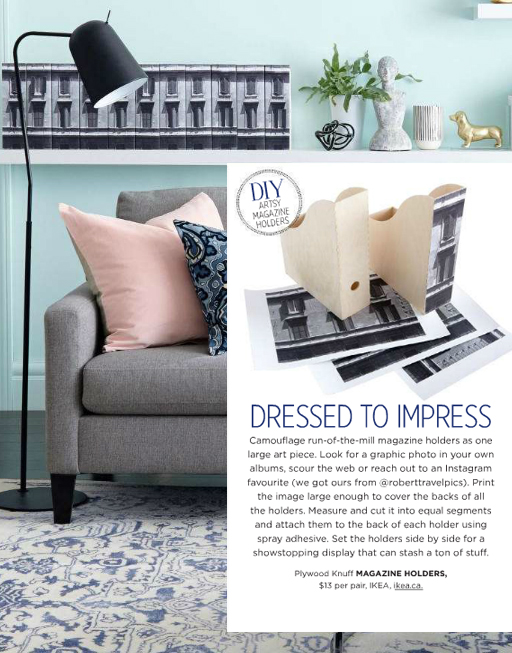 Covering boxes and containers in patterns and papers and such is hardly a revelation. But I fully admit: the notion of adding decoration that, when containers are assembled together on the shelf, actually convinces you it’s art, well, that had never occurred to me previously.

But think of the possibilities! I mean, it’s a magazine file to neaten up the paper contents, and then an art installation to neaten up the magazine files. I think that must be some kind of organizing Oreo. Or, less of an Oreo than a layer cake, as the case may be. Anyhow, I’m almost certain there’s a desert metaphor in there somewhere. 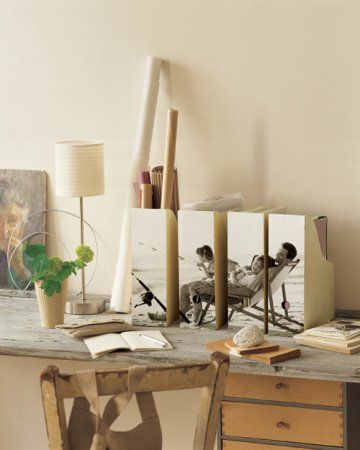 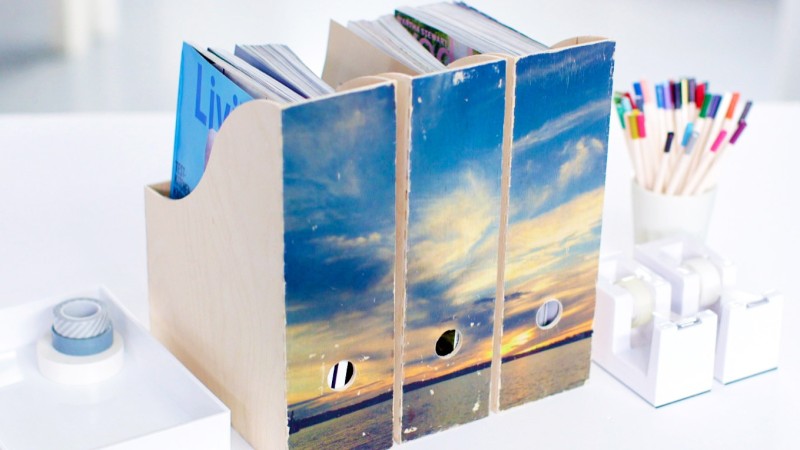 Of course Martha Stewart has a video tutorial on how to make this project come to life, although I do wonder whether the whole photo transfer process couldn’t just be foregone in favor of, like, glueing on? This, of course, is why I am not a DIY blogger.

But tell me you already thought of this project 10 years ago, didn’t you?