Last night I had a discovery that changed my whole life. But what really happened was that I found a designer whose work I liked. Wasn’t the first version so much more exciting?

It shouldn’t come as any surprise when you finally realize that the myriad photos you’ve admired- scattered across the interwebs and stumbled upon in isolated occurrences- eventually link back to the same person. But when you do put those interior dots together, culminating in a trail leading directly back to their creator, you will feel no less excited.

In this case, the designer du jour is Samantha Pynn. Lady Pynn needs no validation from me; aside from the item that reads “Design Editor- Style At Home Magazine” on her C.V. (a past position she’s evidently graduated from, and onto bigger and better no doubt), Pynn has served as a guest expert for every station in Canada, including Citytv, CityLine, yadah, yadah, had her own shows, and now is championing an entire series for the HGTV empire.

But let me tell you what I like about Samantha’s work– it’s balanced. True, there are some rooms that contain very obviously feminine elements (S.P. is no stranger to pink furniture), others that pop with the punchiest and brightest color accents, and lots that zazz (that’s a technical term I just made up) with graphic prints. Yet it’s never overboard. It straddles that line between, well, between whatever element she’s working with and too much of it.

Take for instance this entry (seen in How To Establish An Effective Entryway). Those pillows be pink. But it’s offset, see, with the black. And the rigidity of the graphic print. Boom. Pink, black- middle-met. 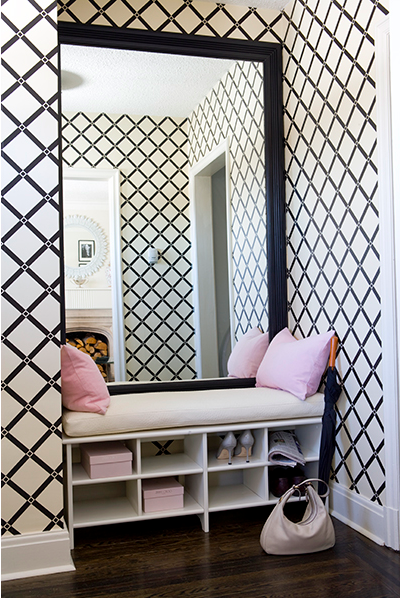 Here’s another: a flouncy chandelier and another pink chair, yes, but then there’s that dark floor to take into consideration, the clean, white lines of the table. I’m not vomiting, any of you? 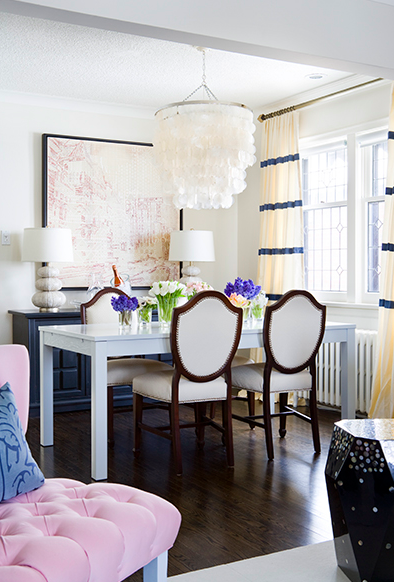 The following three continue on in the same vein: karate chops of bright fuchsia balanced by soothing gray walls and wood accents. 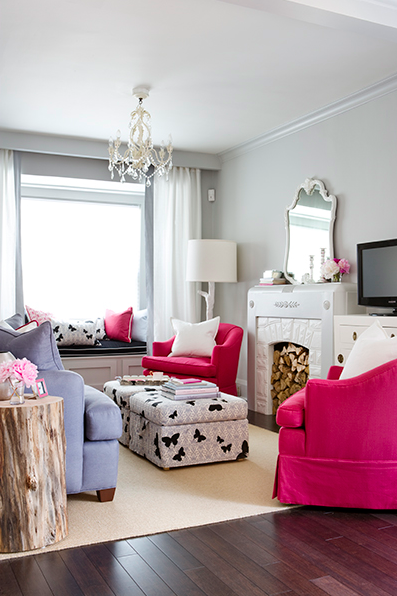 Next, S. (no J) P. straddles the world of black and white without falling into the pit of “starkness.” 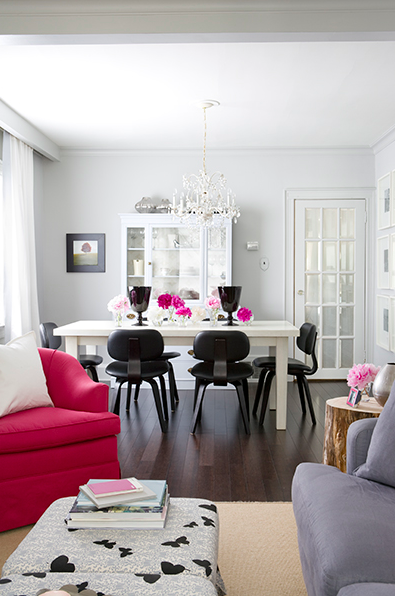 But I do love me some symmetry. 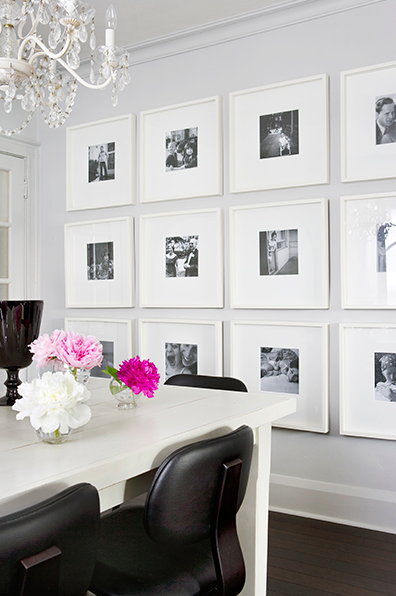 In the kid’s department, Sam certainly delivers. Below, she serves up some peppy, poppy stripes, neutralized by way of bamboo shades and wicker baskets (image aforeblogged in Independence Day, 2012 ) 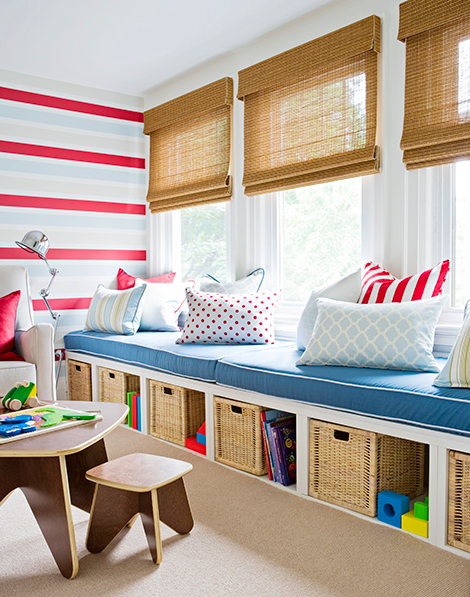 For those who prefer a more natural, earthen aesthetic– a dining room c/o S. Pynn that’s perfectly poised between rustic and elegant. 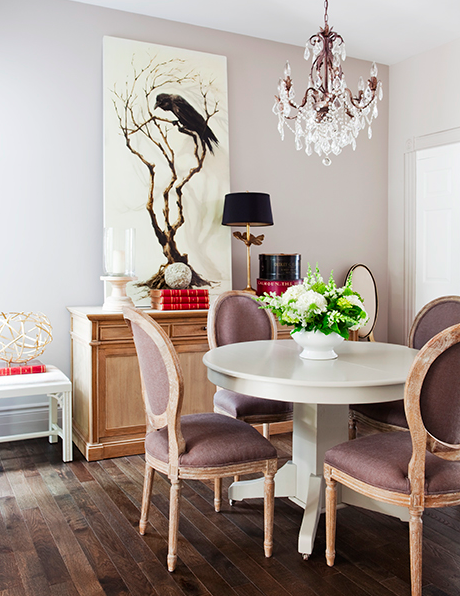 One last. A most sublime kitchen vignette. Homegirl knows a thing or two about open shelving and that’s that. 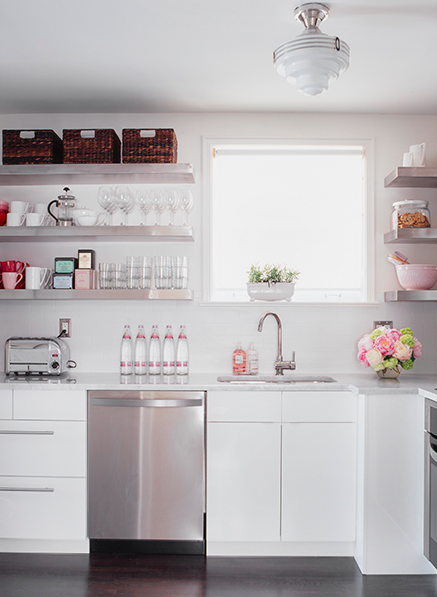 To recap: don’t let other people use your computer, pour yourself a glass of seltzer and bask in your own abundance, which is surely there if only you would tap into it, and enjoy the weekend poptarts.